Chris Pratt is heading off on to promote the upcoming release of his latest movie, Jurassic World: Fallen Kingdom. But he hasn’t gone alone, he’s brought along the Minifigure version of his character, Owen and his Raptor buddy Blue. Chris has posted the start of his LEGO® enhanced adventures on his Instagram account. We have a feeling it’s not the last we’ve seen of mini Owen and Blue. Chris Pratt has become quite synonymous with the world of LEGO. Not only does he voice star of The LEGO Movie, Emmet. He also appears in Minifigure form thanks to his portrayal of Marvel Studio’s Star-Lord and of course Owen Grady from Jurassic World. Check out the new LEGO Jurassic World range here. 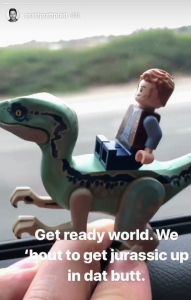 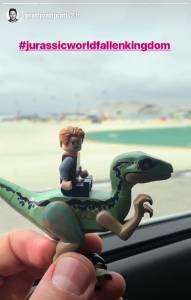 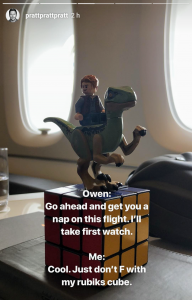 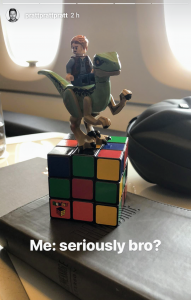 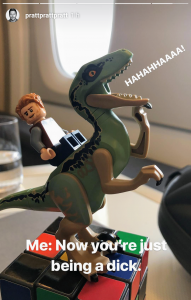 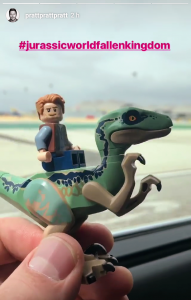