This Sunday marks the 60th anniversary of LEGO bricks and even 60 years on LEGO is as popular as ever. Who knew that when Ole Kirk Kristiansen decided to purchase a moulding machine all those years ago we’ll still to playing with is creation today and how many toys made over half a century ago can boost still being compatible with ones released today. When LEGO bricks were first available they came in 5 colour varieties and no there are over 60 different colours used across an incredible 3700 different elements. To celebrate the milestone anniversary the LEGO Group has released a short video along with a few facts about the brand that has become loved by so many people of all ages. Proving you don’t have to grow up, just because you grow old. 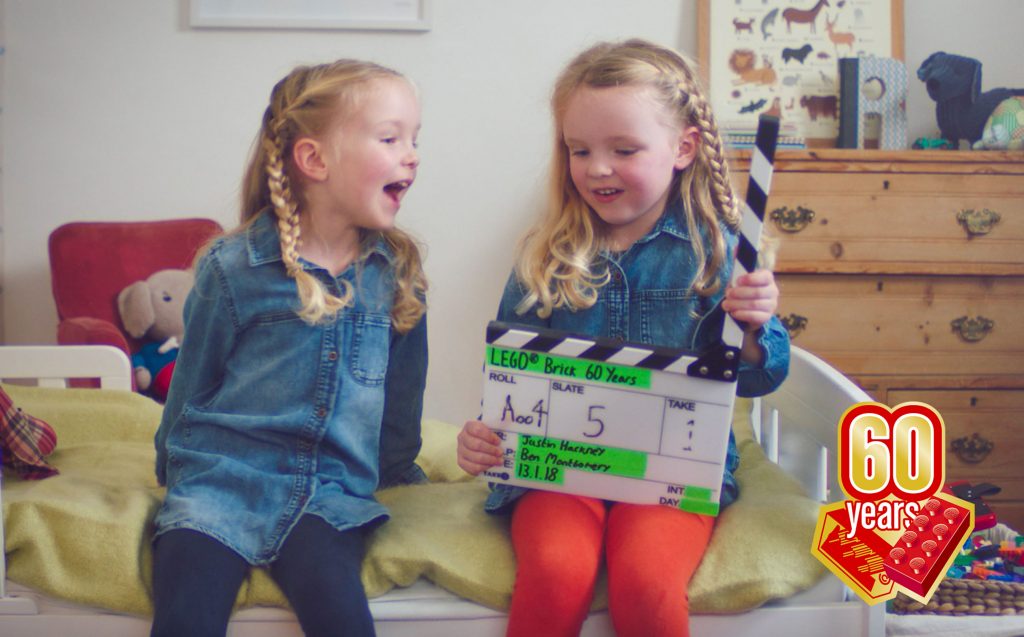 60 years ago, the simple idea of adding tubes inside a plastic brick turned into one of the most exciting and influential toys in the world – the LEGO® brick.

Since then, LEGO play has been about the joy of building and giving every child the chance to shape their own world through inventive play.

“LEGO play is powered by imagination and curiosity, and the LEGO brick is at the very heart of it – putting the bricks together and taking them apart over and over, with imagination as your only limit. This helps young minds to stay open, keep exploring and develop skills essential for the 21st century*, such as creativity, collaboration and problem solving,” said Julia Goldin, Chief Marketing Officer, the LEGO Group.

The LEGO Group began producing a plastic brick in 1949, but it was not until nine years later, in 1958, that the LEGO brick we know today was born. It took several years of iterations to find the iconic design, which has not been changed significantly since. The unique design and the uncompromised focus on quality and safety during the past six decades ensures that two LEGO bricks produced 60 years apart can still fit together.

Building the world’s creativity for over 60 years
The LEGO brick has proven timeless due to its great quality, opportunity for constant reinvention and endless hours of fun. LEGO play appeals to all generations and remains as fun and relevant today as it was in 1958, inspiring generations of builders, creators and dreamers through the power of play.

While the LEGO Group has constantly created new ways to play, its original mission has never changed: to build children’s future through play and imagination. Each year, our consumer service teams receive thousands of heart-warming letters from young LEGO creative geniuses, who are constantly reminding us of our mission. Here are just a few examples:

“It’s like you can just hop into a different world you can transform into a paradise with only your mind,” said Helen (age 11).

“I love it because you can build and play and use your imagination,” said Lincoln, (age 7).

“All children are imaginative and begin their journey through life with incredible potential, curiosity and creativity. Playful learning experiences are important in helping children maintain this creativity and curiosity through-out life. We want to fire up the imagination of young generations to come too, and continue to inspire children to dream of worlds we’ve not yet imagined,” said Julia Goldin.

In celebrating sixty years of endless creativity and playful moments, we asked a group of children for advice on how and why we should stay creative and playful even when growing older. Check out what they said in above video.

Facts about the LEGO brick:

The original bricks were hollow, so they had limited clutch power. Children could build models, but they could fall apart if moved, or if the structures tipped over. While children played with tubeless bricks, the work to improve the clutch power intensified, lasting until 1958 when the current LEGO brick design was perfected.

Six “2×4” LEGO bricks can be combined in more than 915 million ways
If you built a column of about 40 billion LEGO bricks, it would reach the moon
The moulds used to produce LEGO® elements are accurate to within 4my/0.004mm – less than the width of a single hair. This accuracy is what we refer to as clutch power
No. of different colours used in production: 60+
No. of different types of LEGO Elements (includes all types of LEGO bricks and other elements): 3,700+

About the LEGO Group:

The LEGO Group is a privately held, family-owned company with headquarters in Billund, Denmark, and main offices in Enfield, USA, London, UK, Shanghai, China, and Singapore. Founded in 1932 by Ole Kirk Kristiansen, and based on the iconic LEGO® brick, it is one of the world’s leading manufacturers of play materials.

Guided by the company spirit: “Only the best is good enough”, the company is committed to the development of children and aims to inspire and develop the builders of tomorrow through creative play and learning. LEGO products are sold worldwide and can be virtually explored at www.LEGO.com.