Over the festive period, I’ve been slowly building the LEGO® Disney Castle. It’s a set I’ve admired ever since it was released in 2016. The castle is a iconic part of every single Disney theme park across the world. As a fan of the extensive collection of Disney films released over the years, I grew up with Baloo, Pinocchio and the Rescuers. As well as TV classics such as Tailspin, Chip & Dale and the legendary Gummi Bears. The heritage of the Disney brand has seeped into many aspects of popular culture and that includes the world of LEGO. In fact one of the very first licensed LEGO products was a wooden version of Pluto and many years on numerous Disney characters have appeared in LEGO sets. But it wasn’t until the Disney LEGO Minifigures series that the popularity of LEGO-themed Disney sets really took off and not long after the impressive Disney Castle set was revealed. As I mention in my feature Rebuilding My Childhood, there have been a number of toys I had as a kid, which I’ve been able to build in LEGO form, there were things I’d always wanted as a kid but never got, which included a Disney Castle. I had a mini Disney theme park playset, but it only had a tiny castle, definitely not something that captures the magic of the real thing. 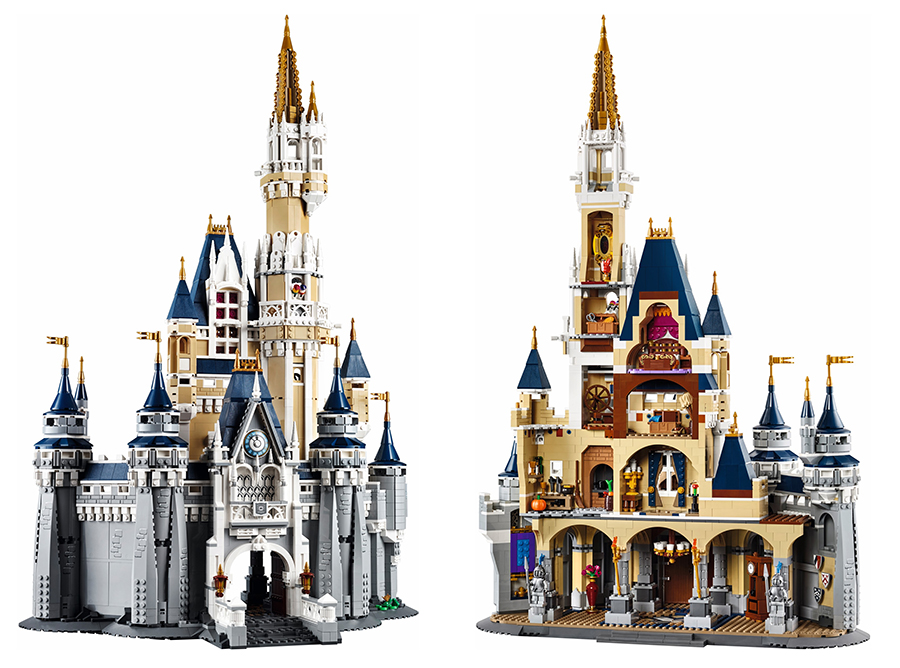 But is the LEGO version a worthy substitute for what I dreamed of as a kid? In short absolutely. It’s an interesting build, which is full of fun techniques and quite a few elements. Both of which results in a highly detailed set, but more delightfully, a set packed with Disney Easter eggs. As much as the real Disney Castles are the centrepiece of Disney parks, this set is very much the same thing for the Disney theme. So all those Easter eggs, are from numerous eras of Disney films but are more tied to what is considered Disney Princess movies. 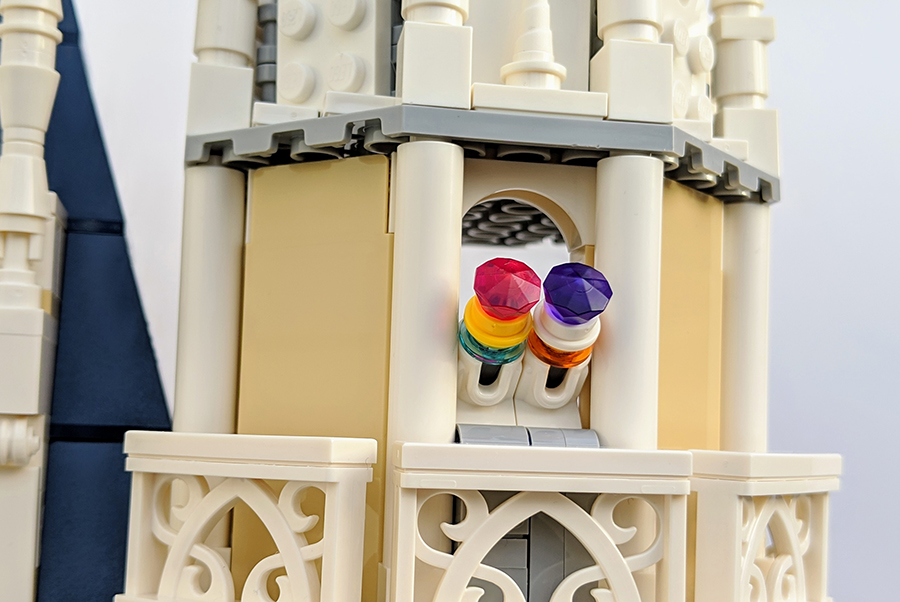 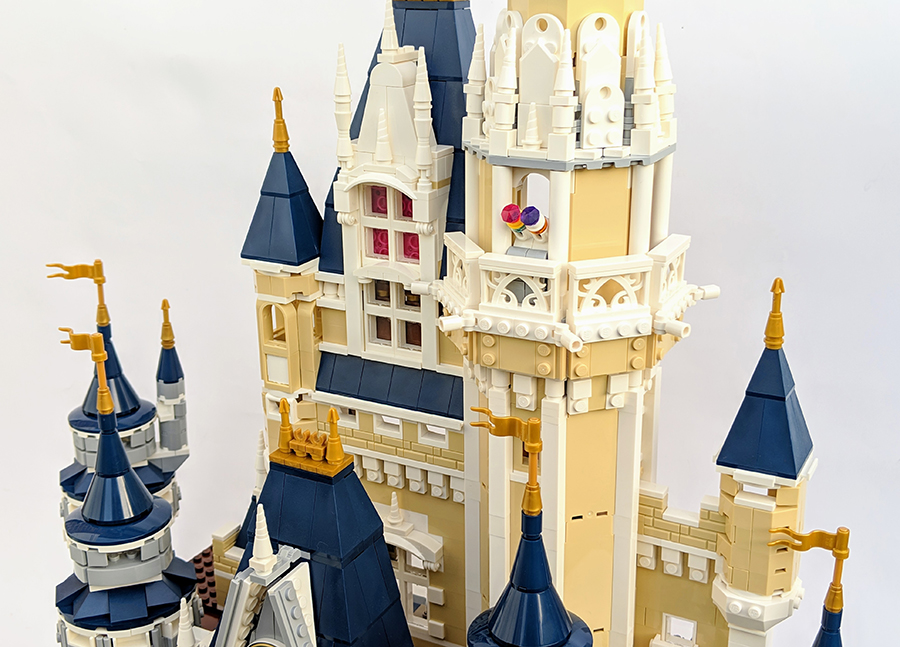 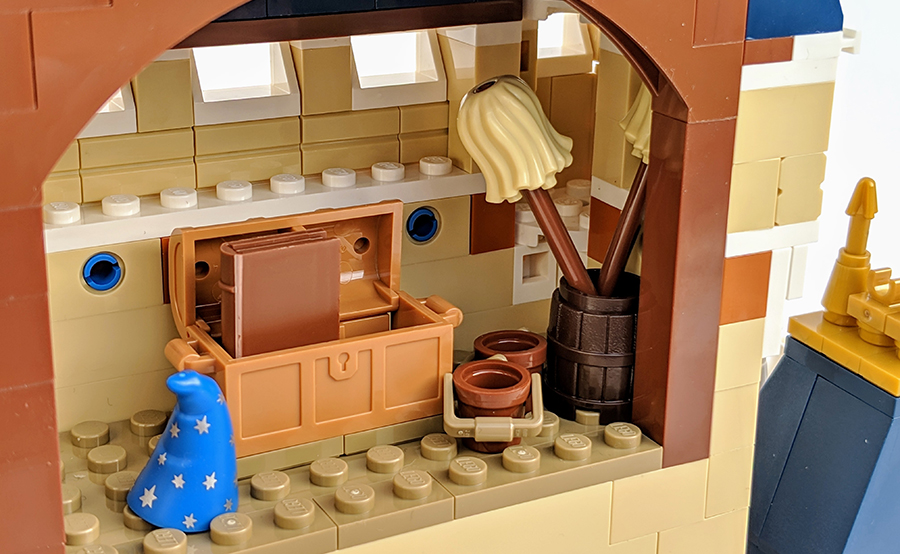 The set is rather epic in size and so you can expect a large number of bags of bricks to get through. There are 14 numbered stages of the build, as well as some extra plates. I’m not going to start reeling off certain elements and how they have been incorporated into the build. It’s just a nice engaging build which will take you a while to complete and cumulates in one of the most visually pleasing LEGO sets, I think I’ve ever built. It’s also built in two seperate sections, with a large amount of the build focused around the base of the castle and the towered section connecting to it via a series of stud topped plates. 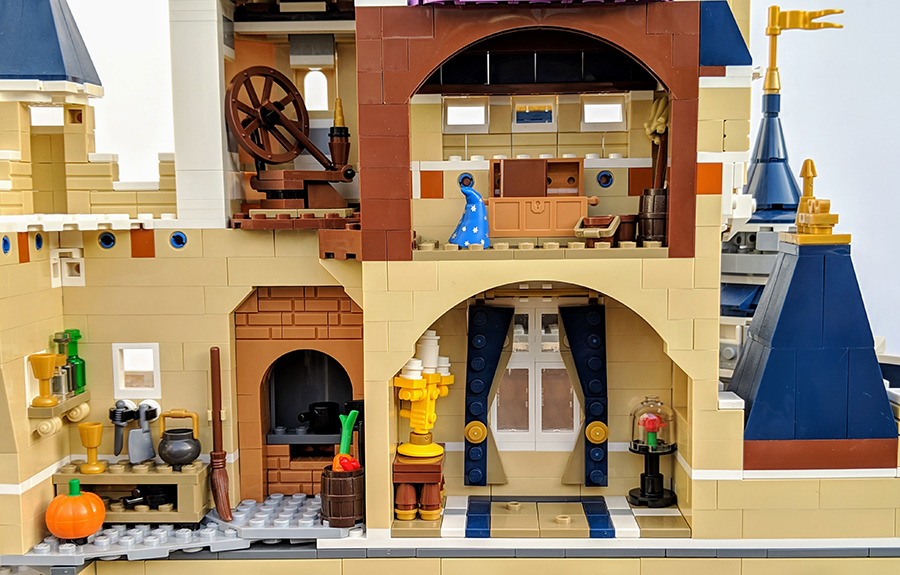 As previously mentioned, one of the fun features of the set is the various Easter eggs dotted about the build. These are expertly incorporated into the overall build, making them nicely sit within the aesthetics of the building without being overly in your face. There are nods to Aladdin, The Little Mermaid, Tangled, Beauty & the Beast, Snow White, Brave, Cinderella, Sleeping Beauty and my favourite – Fantasia. I was obsessed with that unique Disney animation as a kid, it features Mickey but was unlike any other Disney movie are the time. It’s an often overlooked part of Disney history, so I like its inclusion here. These Easter Eggs are subtle little nods to those films and it’s fun trying to work out each of them. There’s the Magic Carpet and lamp from Aladdin, the encased rose and candle from Beauty & the Beast, a glass slipper from Cinderella. From more recent films there is the archery equipment from Brave, frogs and a crown from The Princess & the Frog and even some scissors from Tangled. 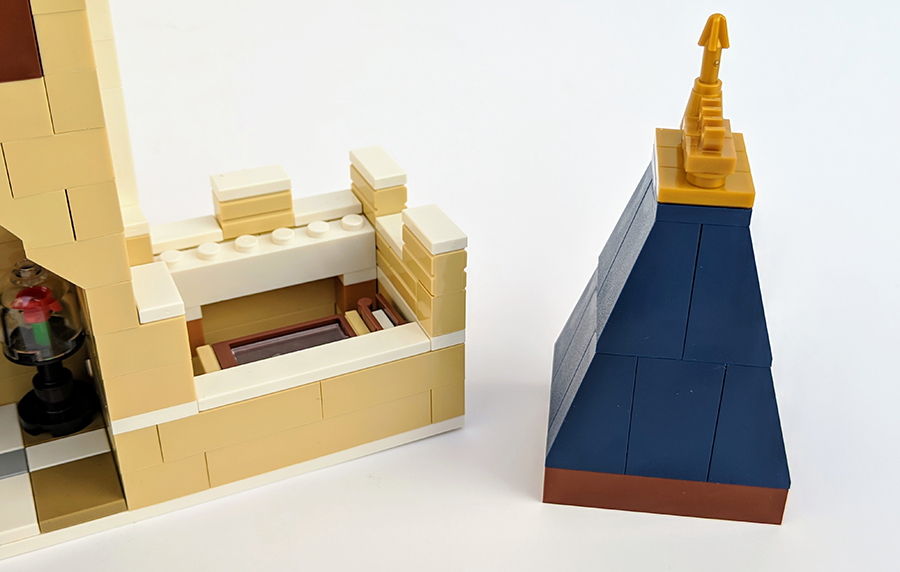 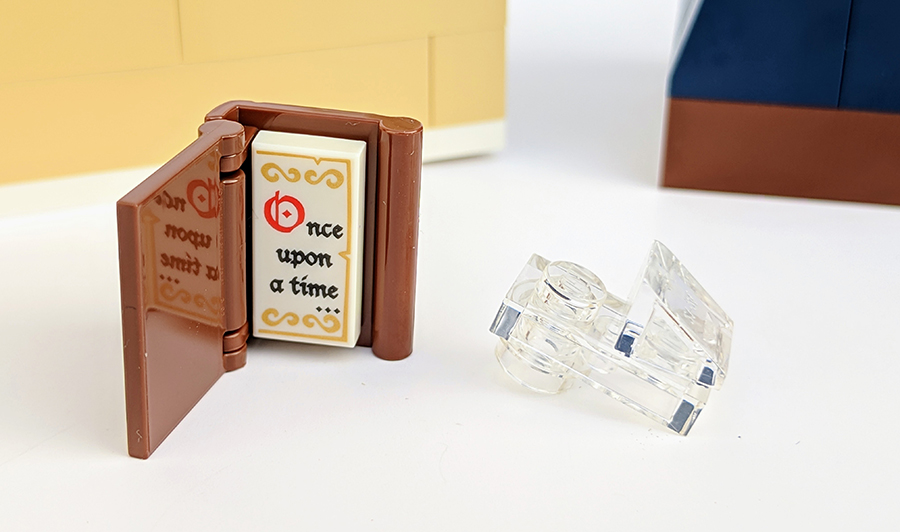 Despite being a big set, it only includes five minifigures. These include Mickey, Minnie, Donald, Daisy and Tinkerbell, who makes her first and only appearance in minifigure form in this set. In fact all the characters apart from Donald, are exclusive variants only found in this set. Although Mickey, Minnie and Daisy are all found in the Disney Minifigure Series along with Donald, the ones included here are in different costumes. Below the minifigures on the left are from the LEGO Minifigure series and those on the right are included with the Disney Castle. It may have taken me a few weeks to build, and that’s by choice, but I’ve really enjoyed the build. It has some amazingly detailed sections and unique build techniques, along with a nice collection of sections celebrating the long history of Disney’s animated storytelling magic. If you have collected the first series of Disney Series LEGO Minifigures and plan on getting the rumoured second series due later this year, then you’ll need to add this enchanted set to your collection as well. It’s been on sale since 2016 so could be retired in the next few years. Bring the magical world of Disney to your home with The Disney Castle. This highly detailed LEGO® model with over 4,000 pieces offers a rewarding build and play experience, and comes with an array of exciting Disney-themed features and functions. The intricately detailed facade and towers replicate the iconic Walt Disney World® Resort Cinderella Castle, and each accessible castle room includes special features inspired by some of Disney’s greatest animated feature films, providing endless play possibilities with the included minifigures: Mickey Mouse, Minnie Mouse, Donald Duck, Daisy Duck and Tinker Bell, or other characters from your collection.

This set was provided by the LEGO Group for the purpose of review. The opinions expressed in this review of that of BricksFanz and do not reflect those of the LEGO Group or the Walt Disney Company.