Today it was announced that Big Ben, famed UK landmark and huge London timepiece, will fall silent next week and remain silent for an incredible four years. Big Ben’s famous bongs ring out across the capital every 15 minutes and on the hour every hour, but with restoration work being carried out on the Queen Elizabeth tower, which houses the famous bell, it’s bongs won’t be heard until 2021! But if Londoners or visitors to the capital start to miss the bongs, they can always pop along to the LEGO® Store London in Leicester Square, which is home to a LEGO replica of the Big Ben. The six-metre high big build contains over 200,000 LEGO bricks and dominates the two-storey 914 square metre store in Leicester Square after taking 2,280 hours to build, and features a working clock face which is illuminated at night. But most importantly those famous bongs can still be heard every hour. 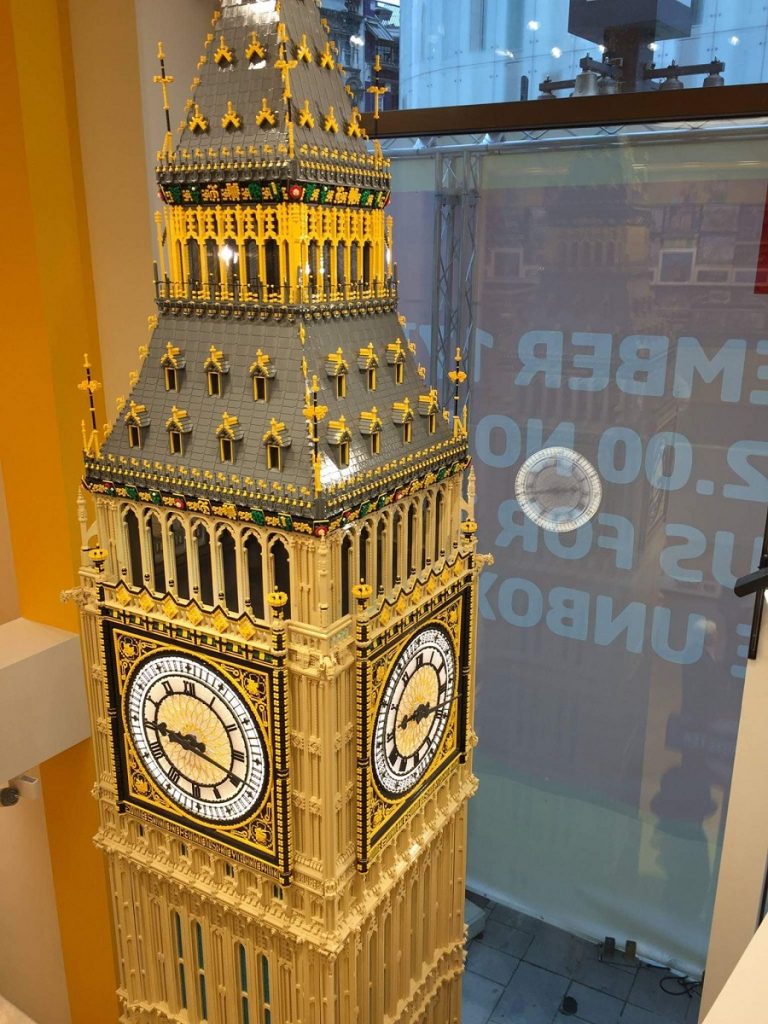 The flagship store is also home to a number of other London-themed builds including a red phone box and tube carriage. You can also find bring home your own replica of Big Ben, with both the LEGO Creator Big Ben and LEGO Architecture London Skyline sets both available to purchase from the store. So if you really needed an excuse to visit the LEGO Store London, hearing those Ben Ben bongs once more is as good as one as any.