As The LEGO Movie 2 sits atop the Box Office, a trio of new sets based on The LEGO Movie 2 have been unveiled in advance of New York Toy Fair. These new sets include Emmet’s Triple-Decker Couch Mech, Queen Watevra’s ‘So-Not-Evil’ Space Palace and Shimmer & Shine Sparkle Spa!. These will be available this Spring. You can check out the sets below. A More detailed look will follow shortly. 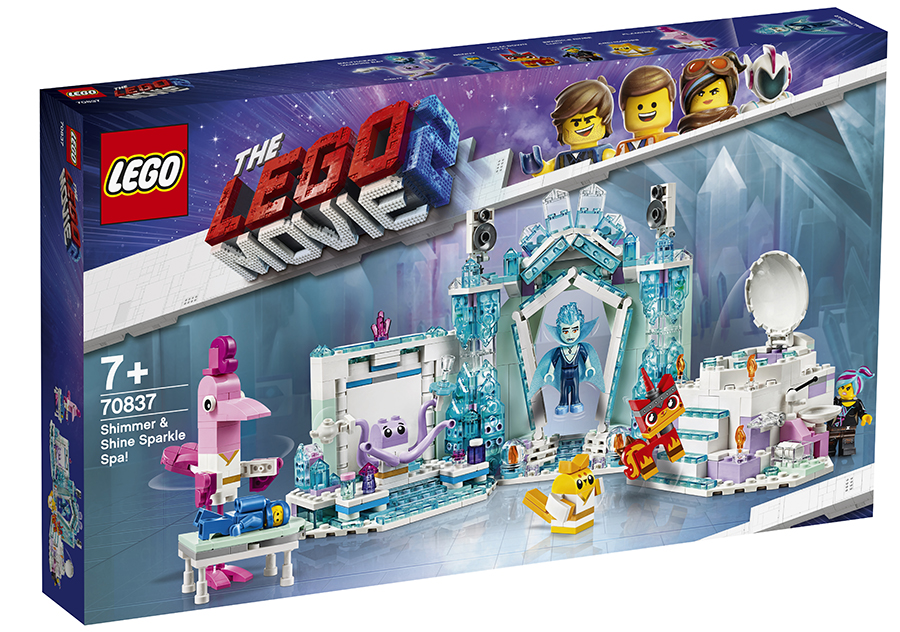 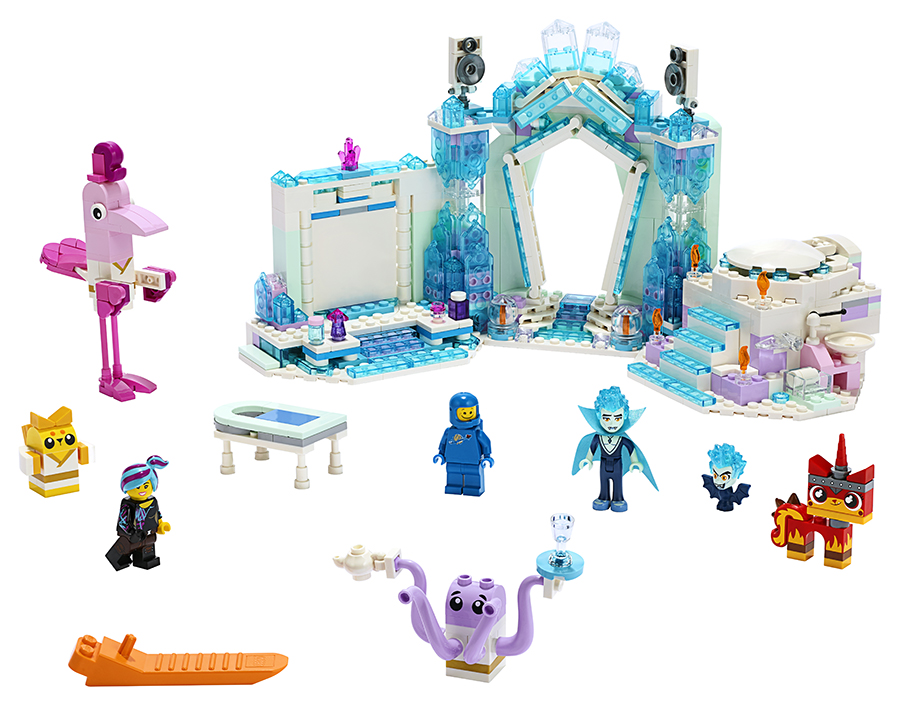 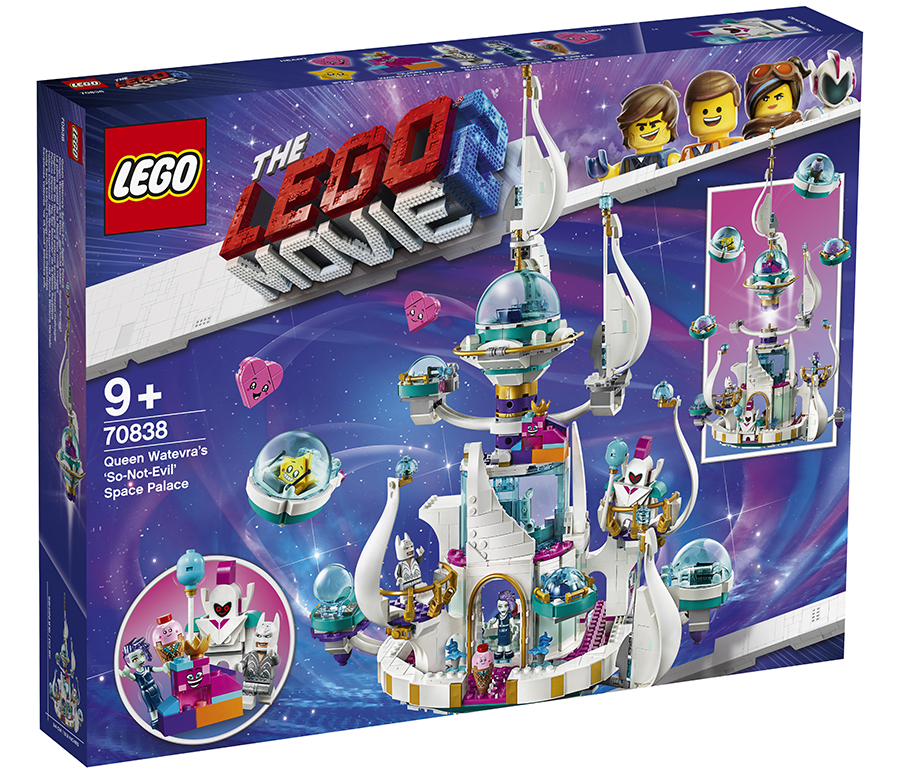 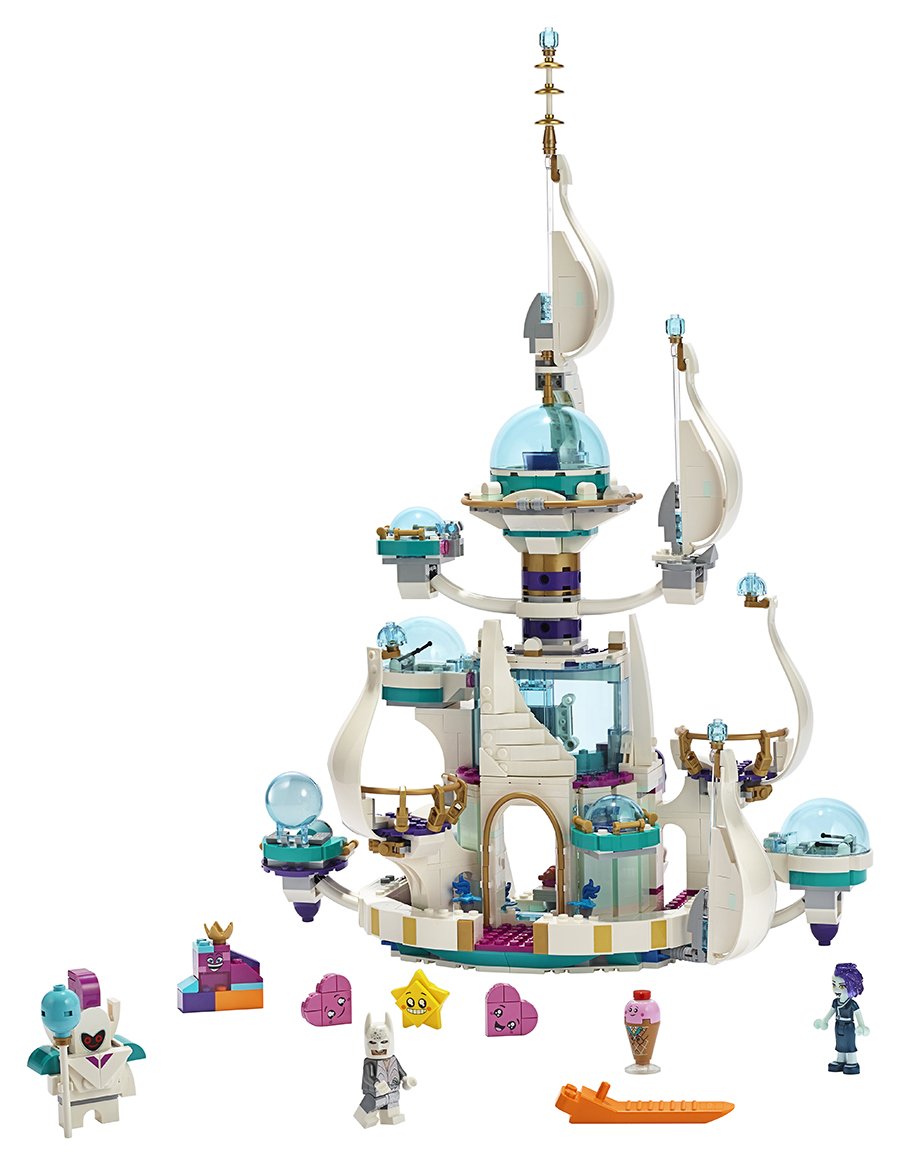 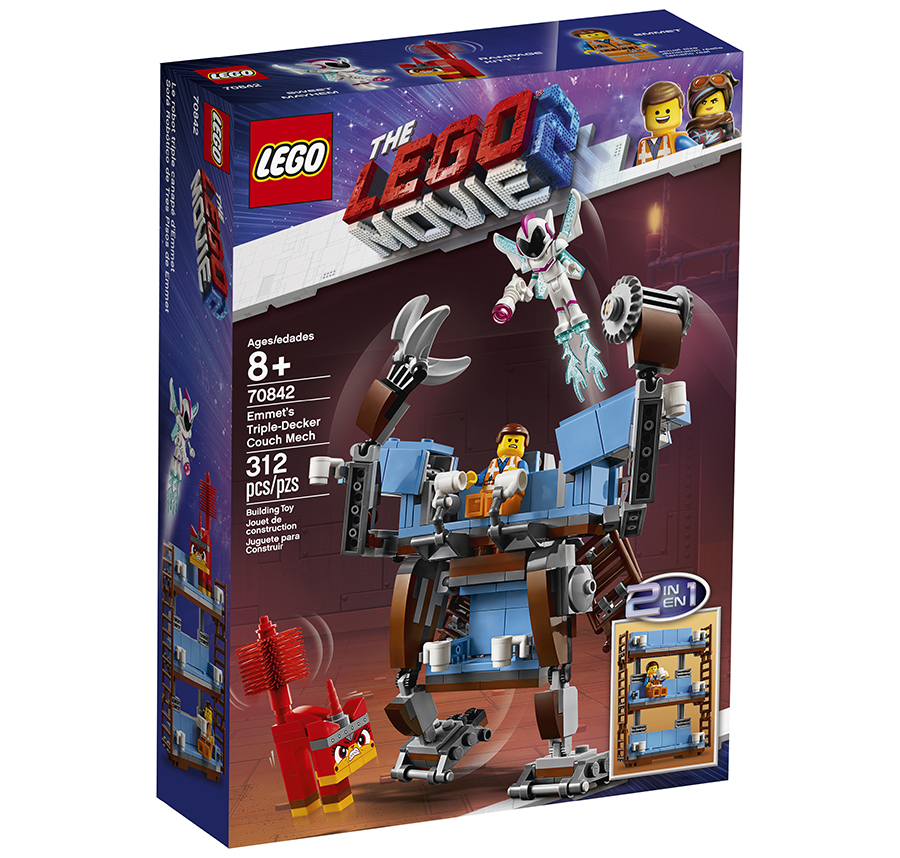 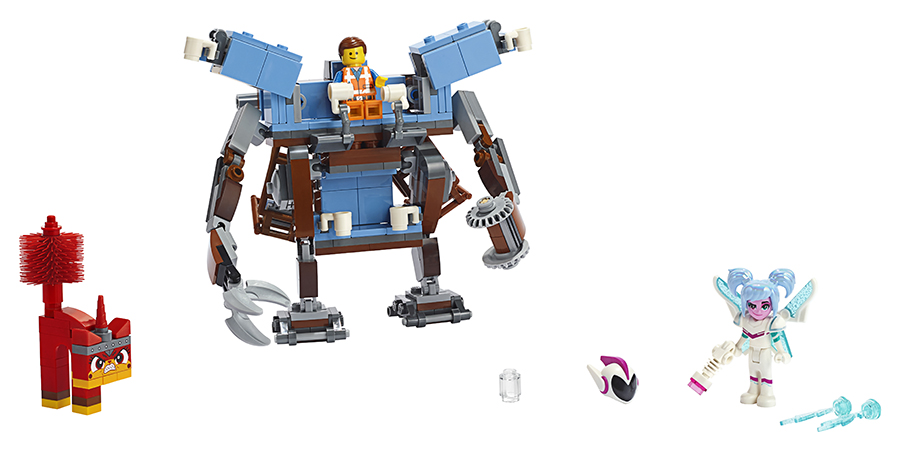 LEGO GROUP UNVEILS THREE MORE BUILDING SETS FROM “THE LEGO® MOVIE 2: THE SECOND PART” AS PART OF ITS CALL FOR FAMILIES TO PLAY TOGETHER

NEW YORK (February 12, 2019) – Following the film’s opening nationwide, The LEGO Group unveiled today three additional building sets that join its broad collection of toys inspired by the new big-screen animated adventure “The LEGO® Movie 2: The Second Part” so that families can discover the joy of playing together. LEGO toys are displayed at American International Toy Fair in booth #1335 in Hall 3B of the Jacob K. Javits Convention Center from February 16-19.

Co-play with friends, siblings, parents, and care givers benefits child development and positively changes the family dynamic. According to the global Play Well Report1, families that play together regularly are happier, less stressed and healthier than those that lead low-play lives. Ninety-percent of families that spend more than 5 hours a week playing together describe themselves as happy, a figure that falls to only 70% when less than five hours of family play is prioritized per week.

Because play time is “awesomer together,” the company offers families tips for how to prioritize play time, designed to accommodate any family’s busy schedule, found by visiting lego.com/thelegomovie. Families are encouraged to share a photo of how they build together, using the hashtag #awesomertogether.

“The LEGO Movie 2” building sets offer something for the entire family – from a LEGO DUPLO® set for young builders, to detailed models of film moments, to an open-ended building box that celebrates the queen’s shapeshifting abilities, to collectible minifigures, to a movie maker for building and editing original films to an elaborate display model fit for advanced builders. Sets include minifigures, minidolls and brick-built versions of film characters to inspire hours of building, rebuilding and storytelling fun. Twenty-four building sets and 20 collectible minifigures are available where toys are sold. More information at lego.com/thelegomovie

“LEGO bricks have inspired imaginative and creative play around the world for over 60 years, whether it is creating your own personal world, or building entirely new universes with siblings, friends, parents or classmates during group play,” said Skip Kodak, senior vice president, LEGO Americas. “We’re thrilled that different building experiences have been so aptly depicted in the film, and we’re hopeful that families will be inspired to discover that building, playing and connecting is ‘awesomer together.’”

“The LEGO Movie 2” Videogame will be available for Nintendo Switch system, PlayStation 4 computer entertainment system, the Xbox One family of devices, including Xbox One X, and PC. Players join Emmet, Lucy and a host of other heroic characters go beyond their world and save their friends from the strange inhabitants of the Systar System. The game’s one-of-a-kind experience centers on open-world adventures with a strong emphasis on creative solutions to puzzles and building, such as using tools to create roads, change the landscape and build structures to unlock more rewards and missions. For more information, visit LEGOMovie2- videogame.wbgames.com

About the Feature Film
”The LEGO Movie 2: The Second Part,” which opened worldwide in 2D,3D and IMAX Friday February 8, reunites the heroes of Bricksburg in an all-new action-packed adventure to save their beloved city. It’s been five years since everything was awesome and the citizens are facing a huge new threat: LEGO DUPLO invaders from outer space. The battle to defeat them and restore harmony to the LEGO universe takes Emmet, Lucy, Batman and their friends to faraway, unexplored worlds, including a galaxy filled with fantastic planets, strange characters and catchy new songs. It will test their courage, creativity and Master Building skills, and reveal just how special they really are.