A Look At LEGO… Sharks

Depending on which channel you watched it on, Shark Week or Sharkfest is a week-long celebration of sharks. Either way, it’s a long-running celebration of the oceans most feared predators. When they aren’t acting as inspiration for epic John Williams accompanied movies, the humble shark has been woven into a number of LEGO® sets. In fact, they have a long LEGO history, from the early days of LEGO themes to Minifigure characters. So as Shark Week concludes, here’s A Look At LEGO… Sharks.

One of the earliest appearances for the LEGO shark was in the classic Pirates theme. This much-loved theme introduced a number of LEGO firsts, including facial expressions, new elements, cloth sails and of course creatures including the shark. The version of the shark introduced in the late 80s forms the basis of the current shark, the design has been slightly tweaked but largely remains the same. 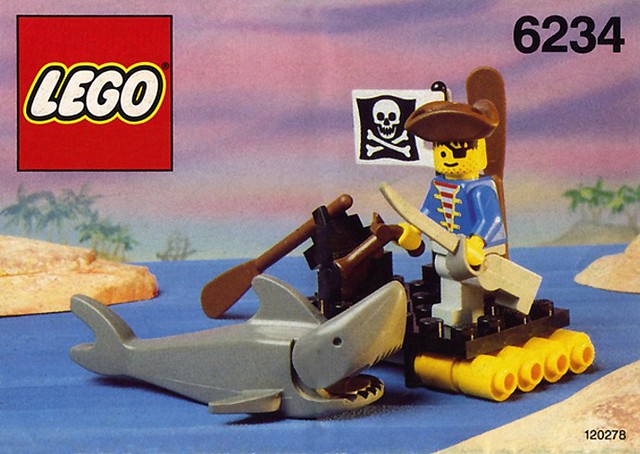 Sharks also played a key role in adventure themes including Aquazone and Atlantis, where the bad guys were often shark-based or piloted shark-inspired vehicles. Atlantis would also see the first Minifigures to include shark-like outfits.

The LEGO shark has also inhabited the waters of LEGO City. Where it has evolved to include further species such as a Hammerhead Shark and Saw Shark, along with variants such as a white shark and most recently a larger shark. A great example of multiple sharks was in the LEGO City Ocean Exploration Vessel from 2015. 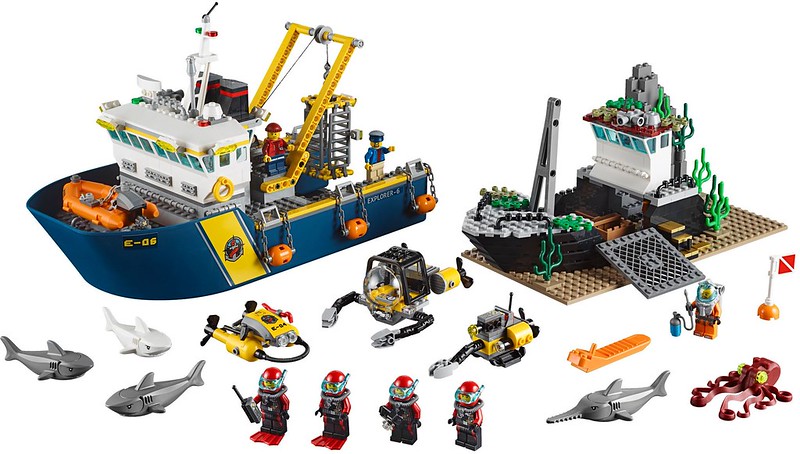 Beyond LEGO City, the shark has appeared as some awesome variants. In the Hidden Side theme, you could find a ghostly shark. In the underrated Ultra Agents sets, the third wave featured a robotic shark, but perhaps the most unusual was lurking in the Pirates of the Caribbean Silent Mary ship, which included two undead zombie sharks.

Costumed characters have become a much-loved aspect of the Collectible Minifigures range. One of the most iconic debuted in Series 15. The Shark Suit Guy has gone on to appear as a keychain, light and even a plush toy, as well as countless videogames.

Although the NINJAGO Movie didn’t delight fans, it did have a rather cool gang of bad guys. Garmadon’s Shark Army was filled with fishy foe, many kitted out in shark-inspired outfits. There was even a larger shark mech, which was one of the most impressive sets based on the movie. 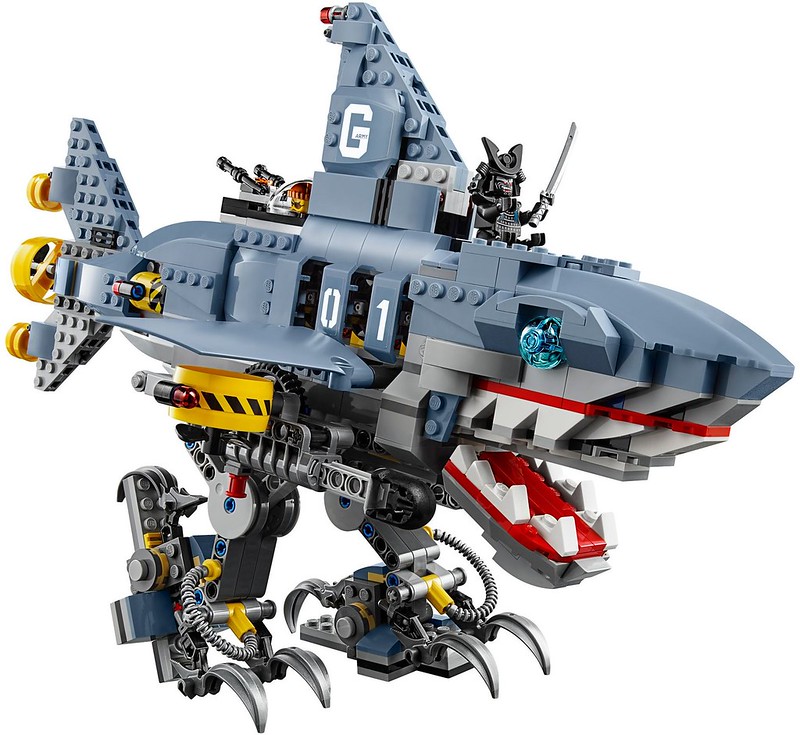 In 2019, a new experimental theme was launched via crowdsourcing platform Indiegogo. FORMA was a kinetic model of a fish, with various skins which could be switched out to change the set’s appearance. One of those skins was a shark, which was a perfect match for the movement of the model. 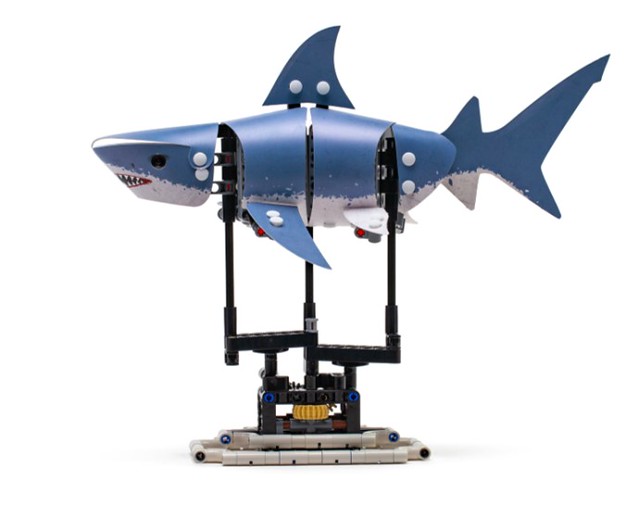 The most recent shark-based LEGO fun can be found in the widely disliked LEGO VIDIYO. The theme includes a couple of shark performers in both the Minifigure Bandmates series and playsets. 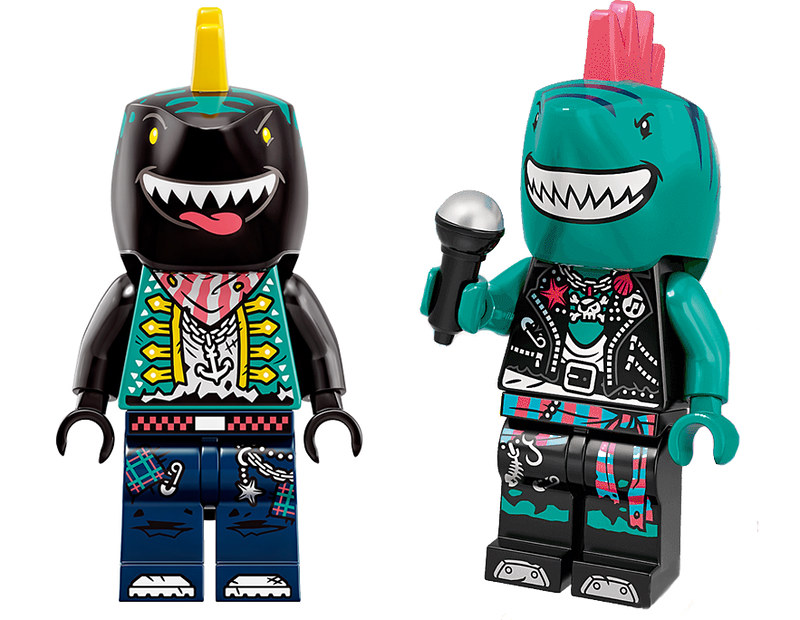 Some images featured here are from Bricket. See even more shark-related sets here.