The latest series of LEGO® Minifigures will arrive in stores next month and we’ve been feverishly working on our review of the new characters, which you can check out right here. But there is one particular character which is peaking everyones interest, well make that two – the Brick Suit Guy and the Brick Suit Girl. This brand new minifigure element is styled on a 2×3 LEGO brick and series 18 includes two of them, one in classic blue and the other in classic red. Although styled on a 2×3 brick it isn’t an exact copy, although the dimensions are the same as the standard brick, the depth within the back is sightly different. However as you can see below, it can be connected to other LEGO elements in almost the same way. Elements can be connected to the studs on the front of the brick suit and into the back just like you would a standard brick. Although it’s a 2×3 brick, the actual height of the brick, with the legs it is the same as a 2×4 brick. It could of easily been a 2×4 brick but I don’t think it was look as fun, without legs visible. 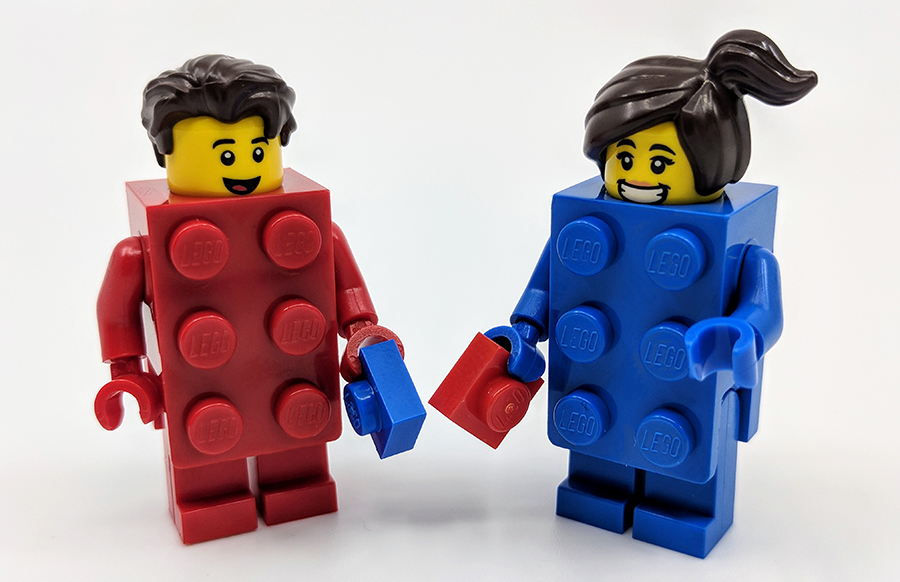 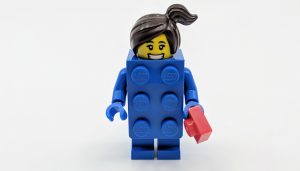 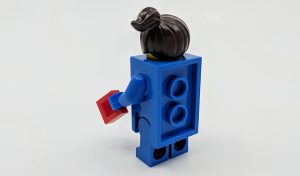 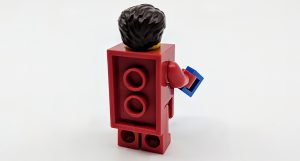 Due to the hair piece, especially on on the man, there are certain pieces which can’t be connected to the back of the brick suit, for example another 2×3 is fine but a 2×4 brick doesn’t fit has behind the head. It’s going to be fun to see how people pimp their brick suit minifigures and incorporate them into to builds. Thankfully they will be easy to come by as both characters appear the most in a full box of Series 18 LEGO Minifigures. It’s a fun way to combine the celebrations of the 60th anniversary of the LEGO brick and the 40th of the Minifigures. You’ll be able to add the Brick Suit Guy and Girl to you collection along with the other 15 characters from April 1st. 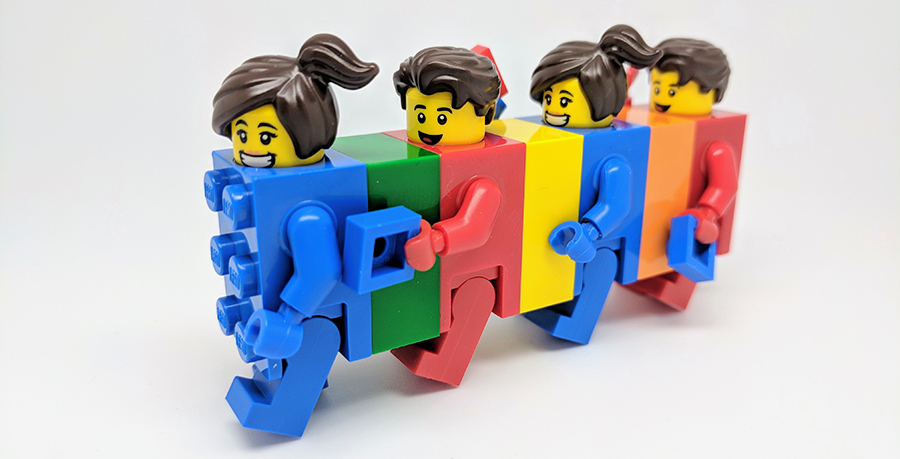 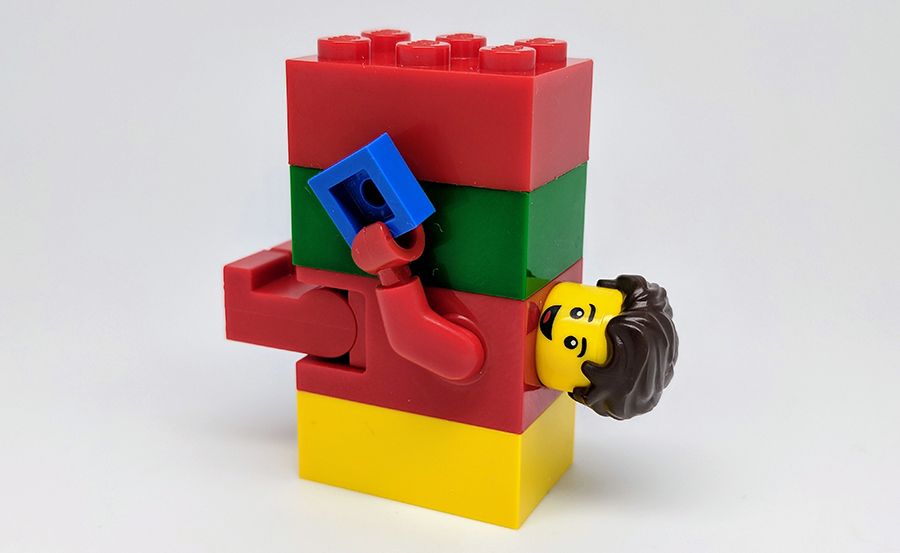