A Look At LEGO…. Ghostbusters

Happy Halloween, it’s that time of the year when ghosts, monsters and various scary folk get up to all sorts of mischief. And who you gonna call when such things occur? The Ghostbusters of course. Those paranormal investigators burst onto the scene in the 80s classic, Ghostbusters and over 30 years later they made their LEGO debut.

The Ghostbusters entered the world of LEGO via CUUSOO, the platform which allowed LEGO fans to share their creations. The Ghostbusters project was submitted by Brent Waller and after getting 10,000 votes, it was later chosen to become a LEGO set. Around the same time, CUUSOO was rebranded as LEGO Ideas and the first set to carry this new name was the Ghostbusters Ecto-1. The set recreated the iconic vehicle from the films and also included Minifigures of each of the Ghostbusters. 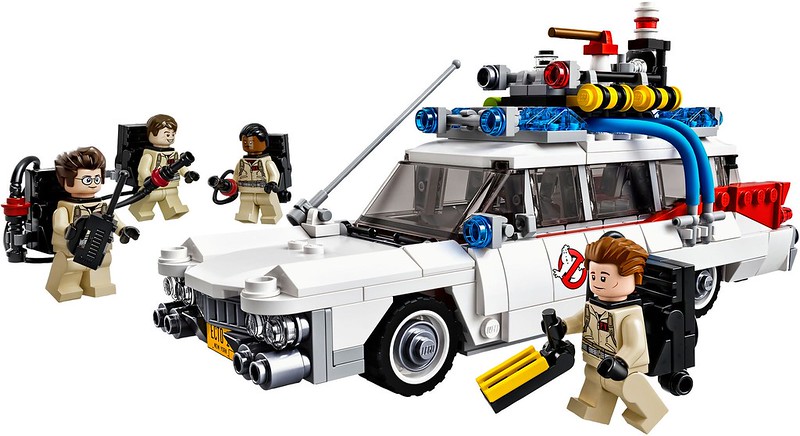 But that wouldn’t be the end of the LEGO Ghostbusters. Two years later Ecto-1 got somewhere to park as the iconic Firehouse HQ was released and created the Ghostbusters theme. Despite a few projects featuring the Ghostbusters base of operations being featured on LEGO Ideas, including the original project which gave us Ecto-1, the Firehouse HQ wasn’t an Ideas set. The set includes aspects from both of the Ghostbusters films and expanded the Minifigure line-up to include Janine, Louis and Dana as well as a couple of ghosts. It even provided an updated gang of Ghostbusters. The Ideas Ecto-1 could even be parked inside. 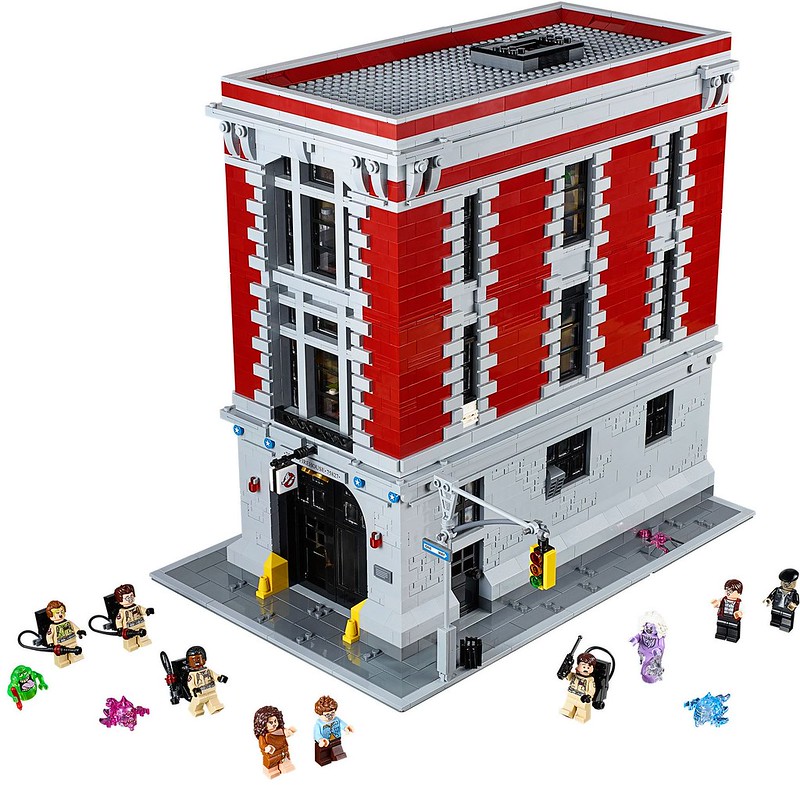 Now established as a franchise beyond Ideas, LEGO were free to create other sets based on the Ghostbusters property. Which thankfully coincided with the release of the toy-to-life game LEGO Dimensions. TT Games used a number of IP first instigated via Ideas in Dimensions, including Doctor Who. For Ghostbusters, there was a Story Pack, a Level Pack and two Fun Packs. The Story Pack was based on the ill-fated Ghostbusters movie from 2016, which featured a completely different cast of characters. The set includes a new buildable plate to add to the LEGO ToyPad along with an Abby Minifigure and mini Ecto-1. In-game content allowed you to play through the entire story of the movie along with unlocking a Ghostbusters Adventure World and Battle Arena. 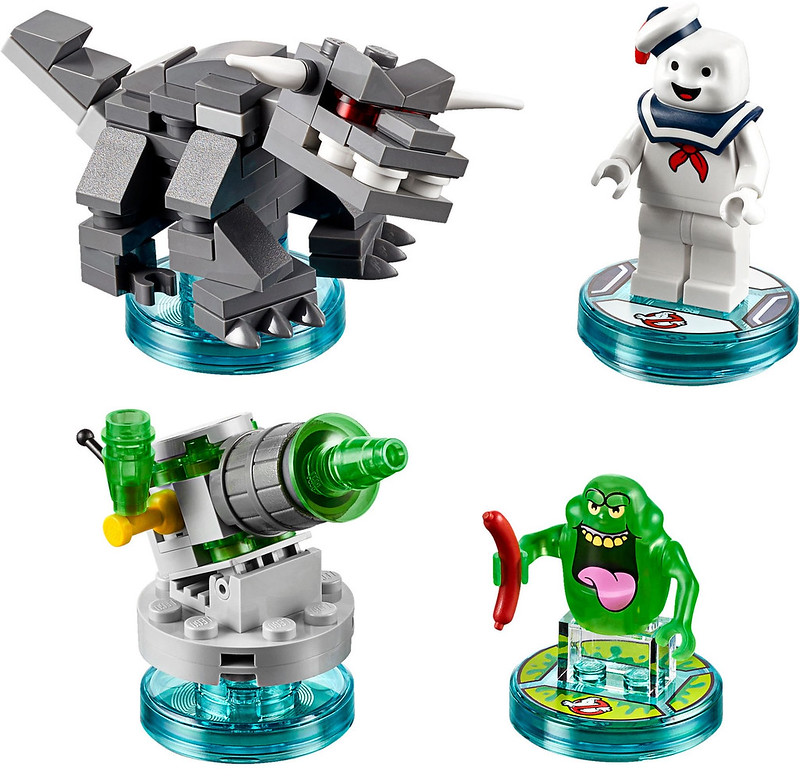 In the same year, the new Ghostbusters movie gave us another version of the Ecto-1. Although similar to the LEGO Ideas version it had a few differences to match the 2016 vehicle. It also included the team of female Ghostbusters and as an added bonus, Chris Hemsworth character complete with motorcycle, is also featured in the set. 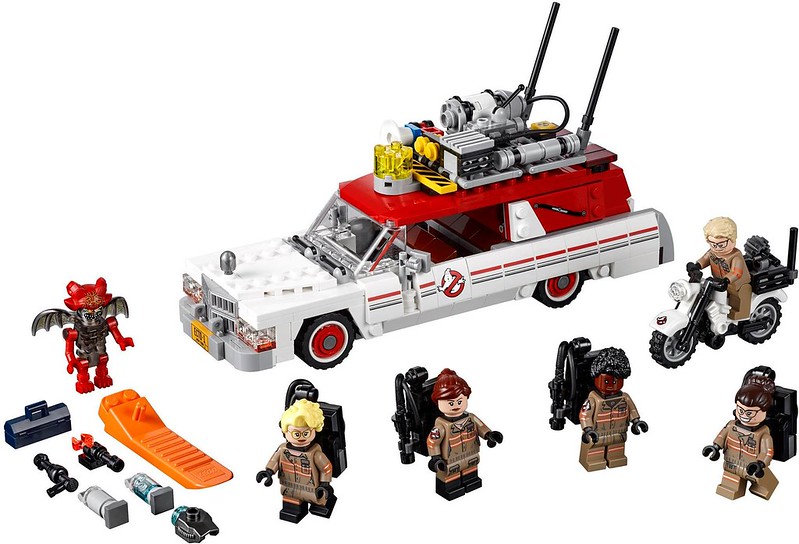 The Ghostbusters theme would lay dormant for a couple of years until it returned for a BrickHeadz double pack. It joined a long line of BrickHeadz sets based on popular franchises. The Ghostbusters pack transformed Peter Venkman and Slimer into stylised BrickHeadz characters. 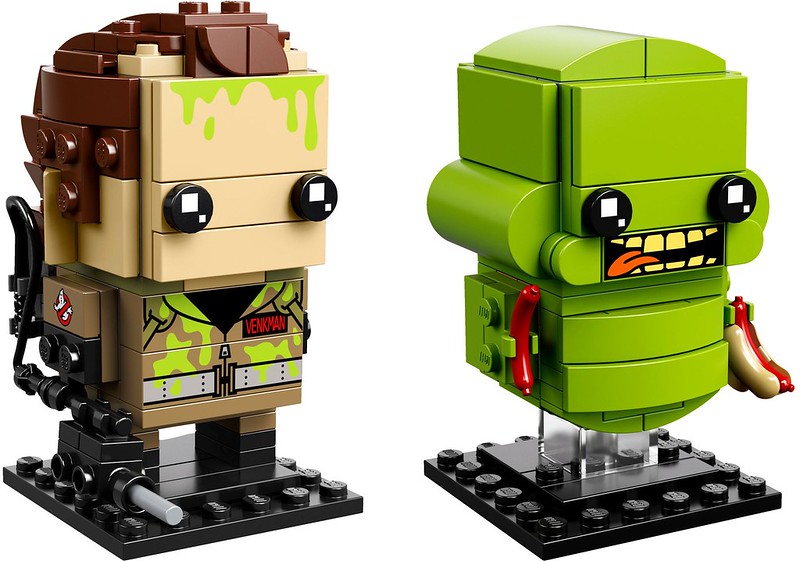 Beyond LEGO sets, the LEGO Ghostbusters made a digital return this year for LEGO Legacy. Each character’s Minifigure could be unlocked along with the Firehouse HQ and Ecto-1 sets in the app. The Ghostbusters event is set to return just after Halloween.

With a direct continuation of the original Ghostbusters films set to being released next year, after Ghostbusters Afterlife was pushed from this year, we could see future LEGO sets based on the Ghostbusters franchise. Who knows what delights could soon be revealed. 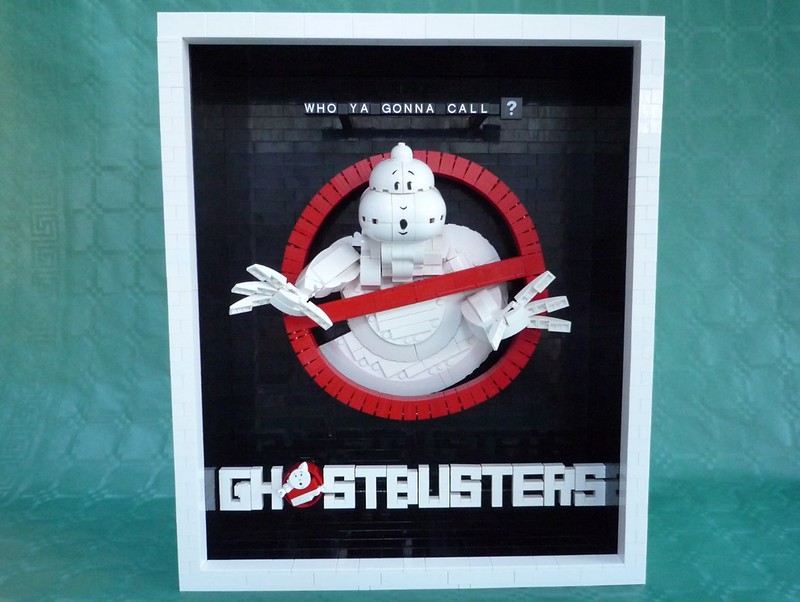 Beyond official sets, the Ghostbusters have inspired fans to blend their love of the movie with the passion for LEGO. One such builder is Chris Adams, who recreated the iconic movie poster as a three dimensional LEGO version. This amazing MOC measures 40cm tall, 33.5cm wide and 13cm deep. It’s made entirely from genuine LEGO elements and features 2576 pieces.