A Look At LEGO…. Dino

With news that we’ll be seeing even more Jurassic World LEGO sets later this, based on the movie sequel from Universal Pictures. We thought we’d take A Look at LEGO®…. Dino, the dinosaur based one-off theme first released back in 2012. For those familiar with the LEGO Dino theme, it had very similar to the story and feel to that of the Jurassic Park films. After dinosaurs mysteriously materialised deep in the jungle after traveling through an ancient portal opened by Commander Hypaaxxus-8 from the Alien Conquest theme, they set about threatening a nearby city. If they escaped the jungle and reached the city, the dinosaurs would once again rule the earth. Unlike previous Dinosaur themes like 2005’s Dino Attack and Dino 2010 themes, the human characters within the sets were there to rescue the dinosaurs instead of kill them. So they were sent to subdue and capture dinosaurs with tranquilliser weapons and syringes so they could knock out these mighty beasts, study them and then be returned to their own time.

There were 7 Dino sets released in 2012, with each set featured at least one dinosaur bigfig along with a human tracker minifigure. Much like 2013’s excellent Galaxy Squad theme along with 2014’s Ultra Agents sets, thanks to the lack of licence the LEGO Design Team were able to include loads of extra detail and plenty of unique elements. Which is exactly what the LEGO Dino theme is best known for, with the inclusion of the dinosaurs bigfigs, many new molds were created to produce them. So the theme has plenty of very sort after elements.

The similarities to Jurassic Park could also be seen in the various armoured all-terrain vehicles and buildings included in the sets, right down to the yellow colour scheme. The theme was discontinued in 2012, the same year it was released and today the dinosaur bigfigs often sell for a higher price than the sets they were featured in. In 2015 LEGO did a little archaeology of their own, digging up and dusting down some of the old molds used to create the Dino sets prehistoric beasts to create the dinosaurs seen in the Jurassic World sets. With LEGO releasing a range of new sets based on the Jurassic World follow up, Fallen Kingdom, the LEGO Dinosaurs will get to terrorize playrooms once more and those who missed out on the Dino theme will get to witness the awesomeness of the dinosaur bigfigs once again. 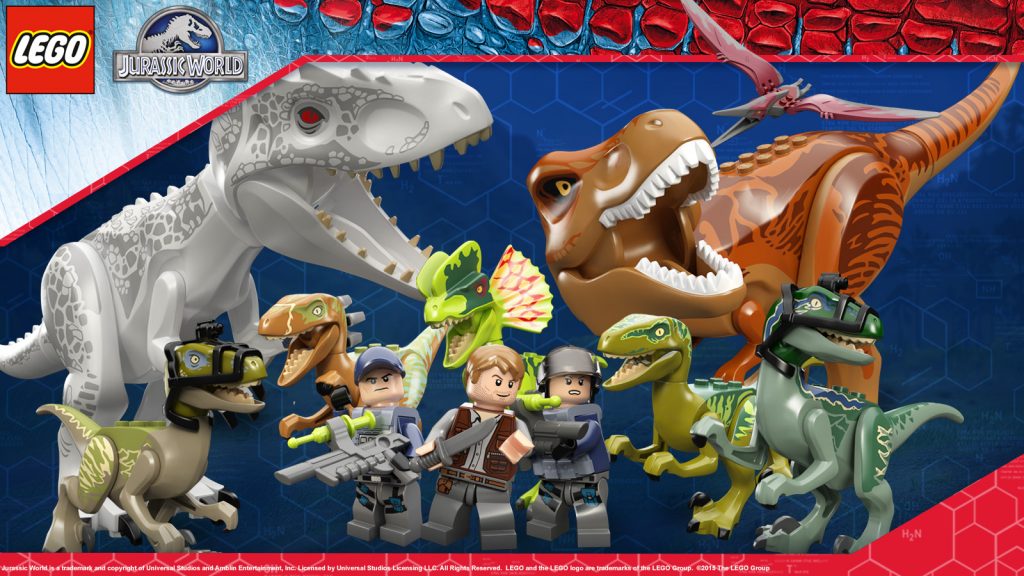 LEGO Dino – Did You Know?