With the LEGO® Creator Expert Ford Mustang racing into stores tomorrow, it’s the perfect opportunity to take a look back at some of the past LEGO Creator Expert vehicles which have been released over the years. The current standard of Creator Expert Vehicles began in 2011 with the VW Camper Van and almost every year since, the range has given us a new large scale set to build. So far each release has been created in partnership with the automotive brand behind the real life vehicles. This has resulted in some pretty authentic builds. The LEGO Creator Expert garage is filled with a decent array of iconic vehicles, so before a new Ford Mustang pulls into the showroom, let’s take a look at a few of the other sets.

Release in 2011, the VW T1 Camper kicked off the whole Creator Expert vehicles range. Based on the much-loved 60s classic, the LEGO VW Camper managed to capture the same fun-loving spirit of the era the actual VW Camper was created in. The set is packed with features including psychedelic curtains, a folder away table and bed, surfboard and an extendable roof section. The set managed to capture the imagination of both LEGO fans and VW enthusiasts, it’s such a popular set, it’s still available to buy from LEGO stores and online. 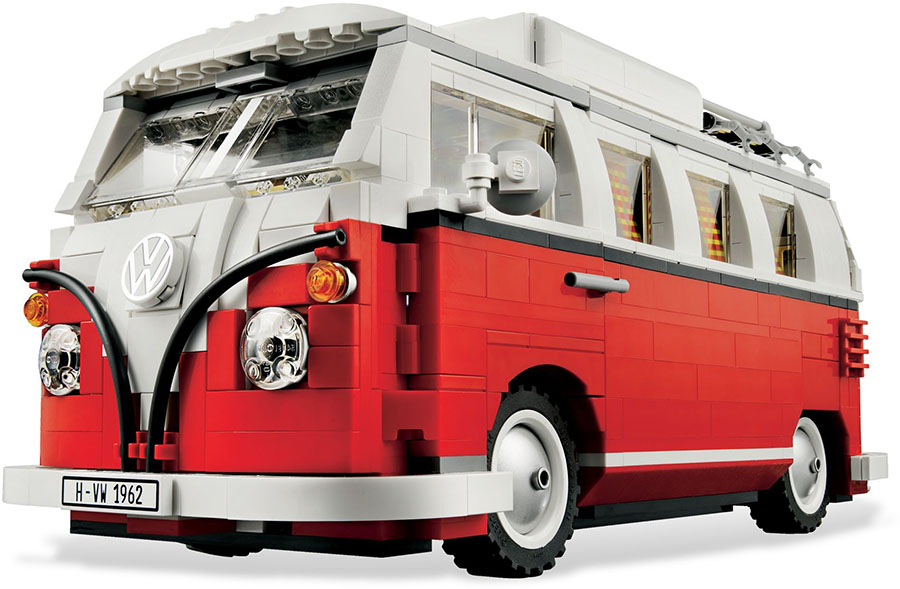 A few years after the VW Camper, the MINI Cooper arrived. A true British icon was lovingly recreated with LEGO bricks. From the classic racing green colour scheme to the patchwork-style seat covering, the set was a faithful replica of a motoring icon. Features included a detailed engine and a little picnic baskets, filled with cheeses, bread and a refreshing sparkling water, complete with a picnic blanket 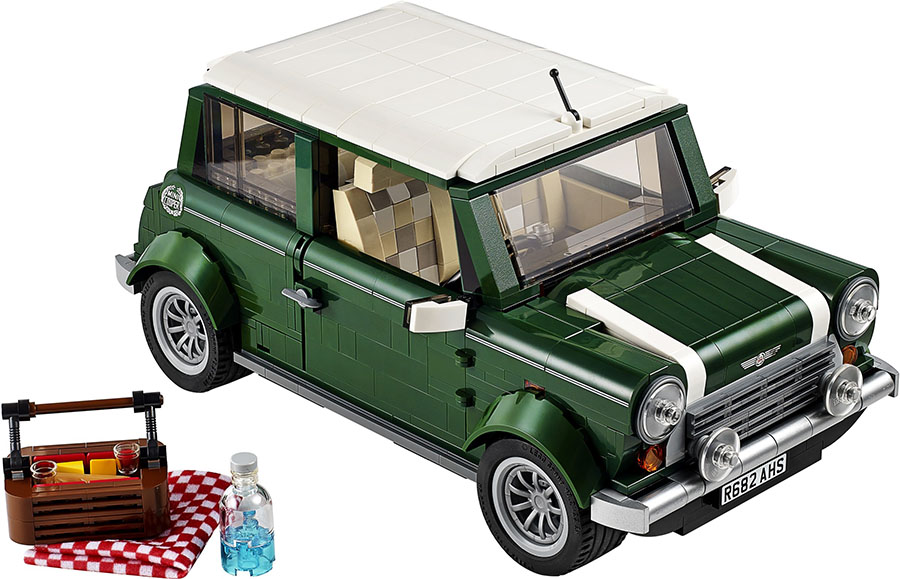 Ferrari is one of the most recognised supercar brands in the world. These iconic sports cars are famed for their sleek aerodynamic lines, distinctive rear spoiler and racing-red bodywork, all recreated with LEGO bricks. Although the Creator Expert Ferrari F40 lacked some of the fun features of the VW Camper and MINI, it managed to capture the unique features the car is known for, this included the creation of a unique windscreen element and wheel rims. 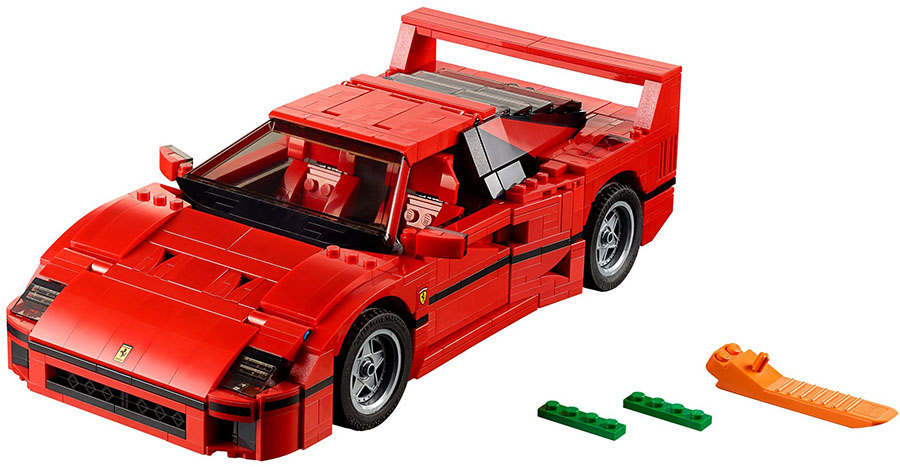 In 2016, the LEGO Group once again partnered with Volkswagen to create another of the brands iconic vehicles. The VW Beetle is one of the world’s most popular cars. It’s hay days were in the 60s, a time where people use went with the flow of life. The gnarly set has a surfer vibe to it, with a bright azure blue colour scheme, with also saw a number of new elements appear in that colour for the first time. No trip to the beach would be complete without a cooler bo and that all important surfboard. Just like the VW Camper, the Beetle is still available in LEGO store and online. 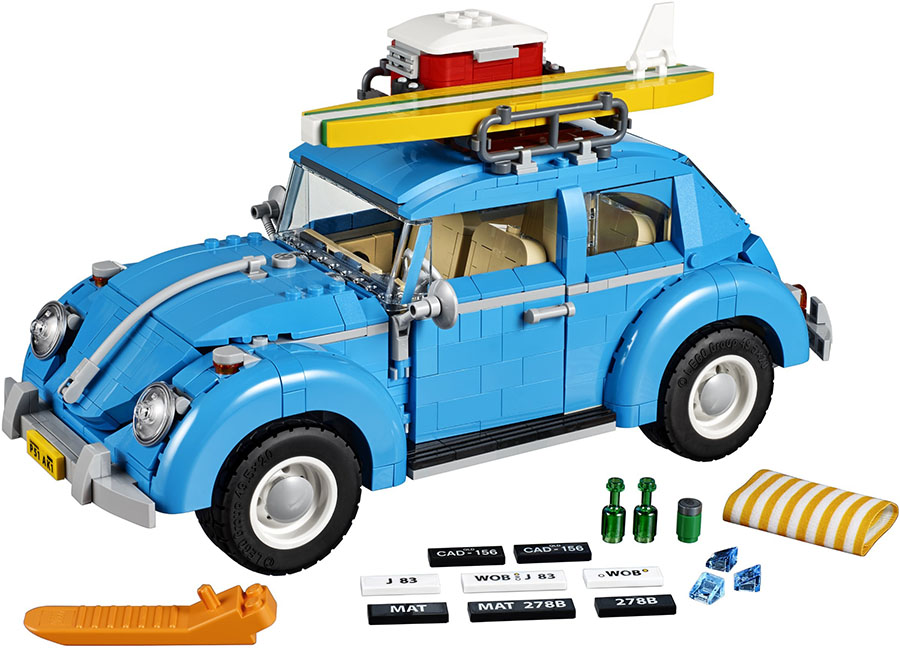 In 2017, things changed a gear and the first non-consumer vehicle was given the LEGO Creator Expert vehicle treatment. The London Bus is one of the world’s most iconic forms of public transport. Although the set is directly licensed to a brand like the other Creator Expert vehicles, it’s heavily inspired by the classic Routemaster double decker bus. The designers of the set also weaved in a story element to set, with the Leicester Square store mascot, Lester, inspiring elements of the set, such has the lost umbrella. the set also features a number of fun techniques to help integrate signage. This includes flippable advertising boards. The London Bus this still available in LEGO stores and online. Learn more about its creation with my interview with its LEGO Designers. 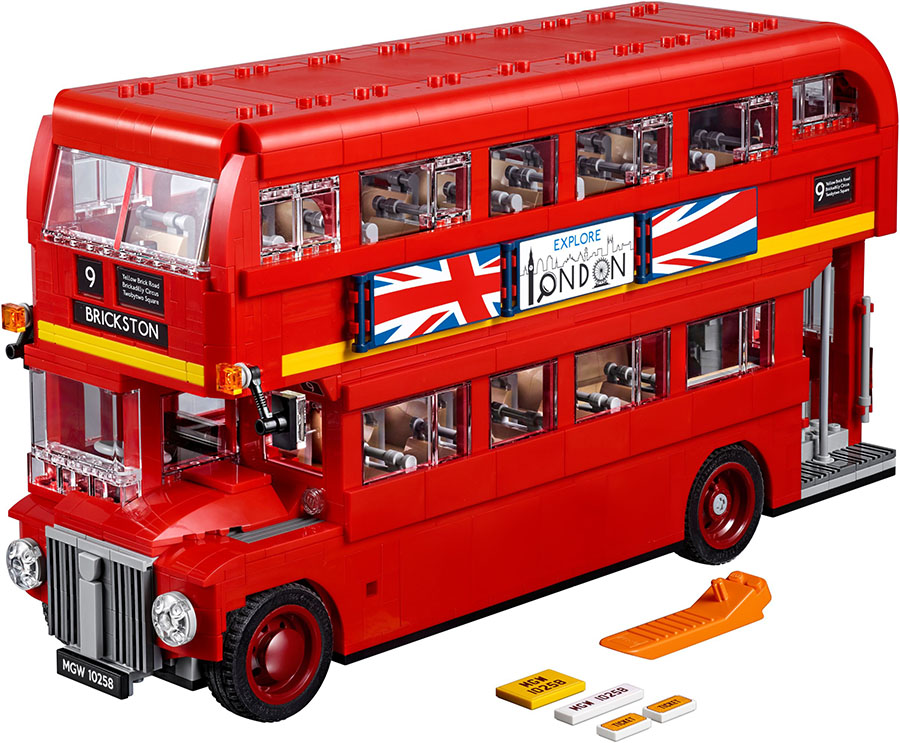 Following a 007 themed teaser campaign, the 2018 LEGO Creator Expert vehicle was not only licensed by the car maker but also the movie franchise, which made it so famous. The Aston Martin DB5 has become synonymous with MI6 special agent Bond, James Bond. The set not only recreated the vehicle but also it’s many Q gadgets. Hidden guns in the front lights, a retractable bullet screen on the back and most impressive of all a working ejector seat. LEGO Designers worked in partnership with Aston Martin and EON Productions to create a faithful LEGO recreation of this movie icon. Although the set was mainly well received, some complain it was quite blockly compared to the actual car. The Aston Martin DB5 is still available in LEGO stores and online. 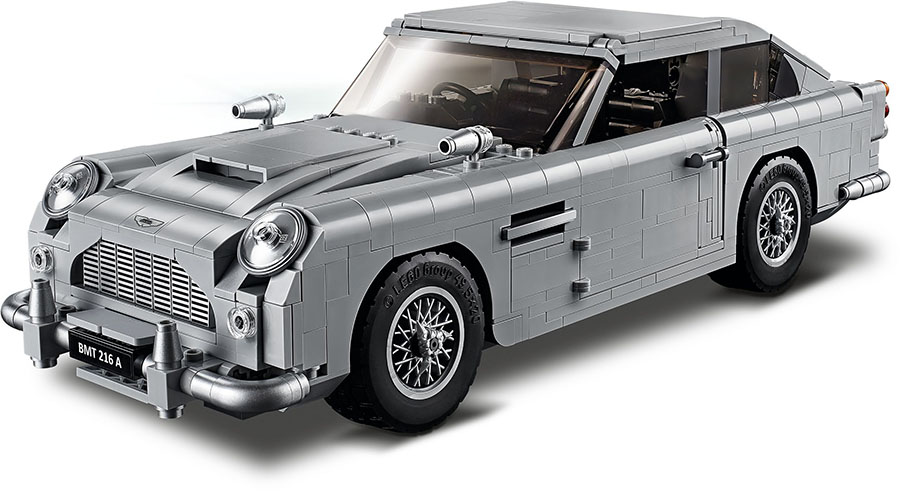 Which brings us up to the latest LEGO Creator Expert vehicle – the Ford Mustang. The classic Ford muscle car makes for amazing LEGO set and one of the best brick-built recreations of a vehicle so far. The set manages to capture the 60s era model’s unique curves and imposing features. As well as it’s standard version, a number of added pieces transform it into supercharged beast. The set is released on March 1st and you can check out my review of the new set here. 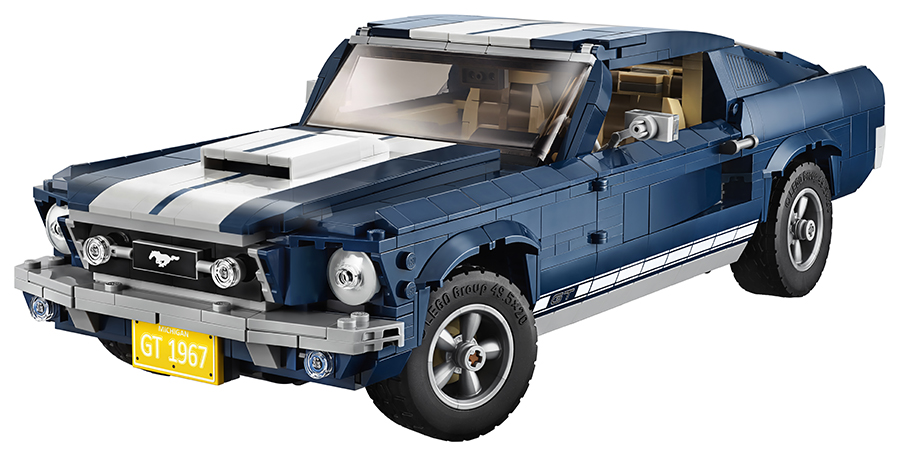