Along with Bond’s Aston Martin DB5, the LEGO® Speed Champions theme will soon play host to another iconic movie car. Universal’s Fast & Furious franchise has always had cars at its heart. With many supercars taking part in street races and increasingly stupendous stunts. One of the film series’ most well-known cars, is Dom’s 1976 Dodge Charger R/T. In a similar fashion to the Aston Martin, the vehicle has already appeared in LEGO form as a Fast & Furious branded LEGO Technic set. Unlike the DB5, the Dodge Charger has already appeared in a couple of LEGO Speed Champions sets, including 6-stud and 8-stud wide versions. Those lacked Dom’s nitrous tank, roll cage and excessive love of family. So here’s a look at the Fast & Furious Dom’s Dodge Charger Speed Champions set.

A fantastic addition to the Speed Champions collection!
This collectible toy muscle car is packed with authentic detailing, including molded silver-coloured rim inserts and a cool hood scoop. A Dominic Toretto minifigure is included with the set, so there’s plenty of inspiration for imaginative play. 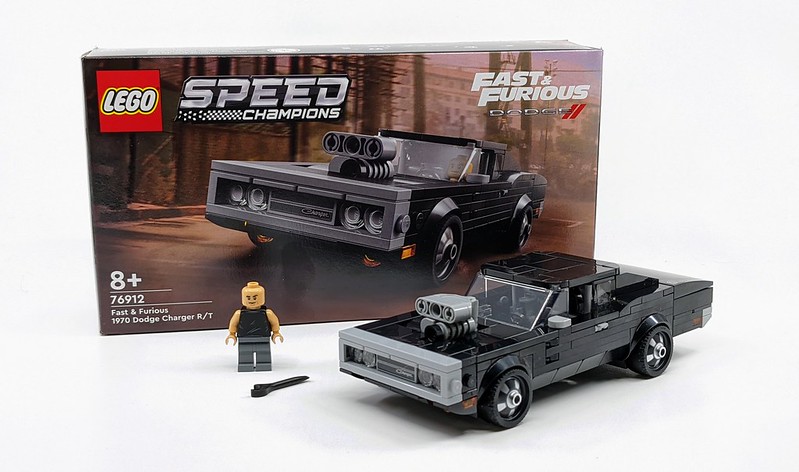 The Fast & Furious Saga began in 2001 with The Fast and the Furious, since then there’s been an incredible 9 sequels, spin-offs and even an animated series on Netflix. With each new film, the premise has become increasingly ludicrous and that’s not just the ones featuring Ludacris. Despite all the over-the-top stunts and family, cars have remained at the heart of the franchise. Dom’s vehicle of choice is a 1970 Dodge Charger, built by Dom and his late father. The suped-up car also appeared in some of the various sequels. 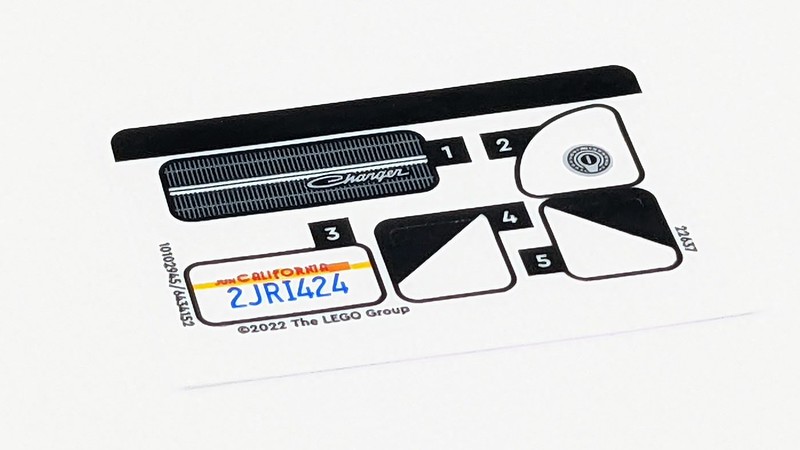 There’s been a couple of other Speed Champions sets based on the Dodge brand, including a similar era model released back in 2019 and a T/A series model released last year. Just like the Aston Martin DB5, Dom’s Dodge Charger was also recreated in LEGO form in another theme, with a large-scale Technic version released in 2020. This new Speed Champions take on the Dodge Charger blends aspects of previous versions. 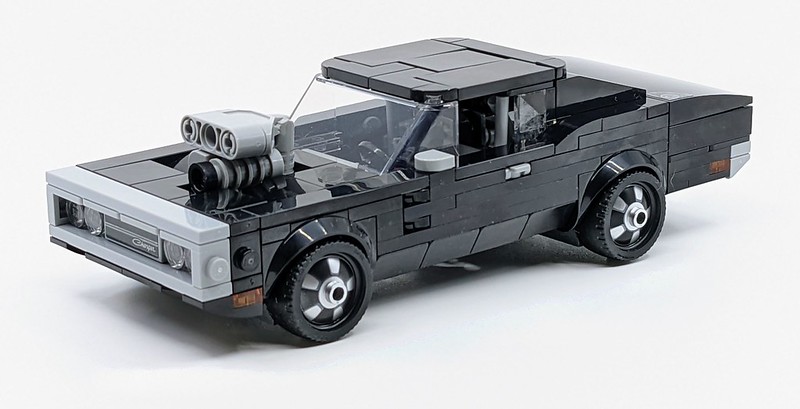 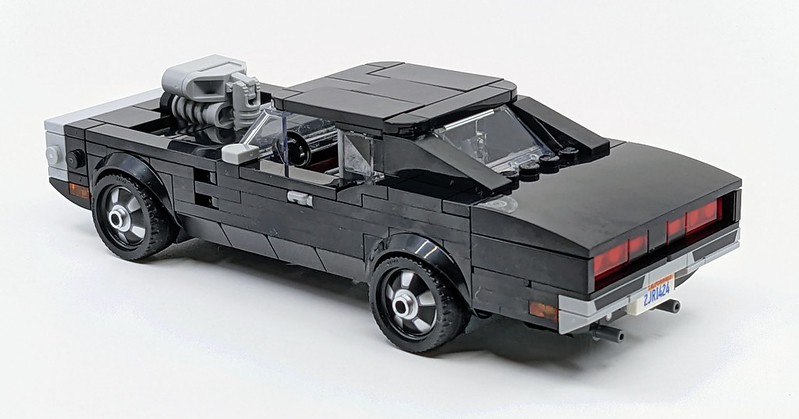 As with all current Speed Champions vehicles, the Dodge Charger is 8-studs wide. This has allowed for a lot more detail to the packed into the build as well as using some complex build techniques. The Charger has a very unique appearance and to achieve it, elements have been used in clever ways. Creating the car’s rectangular-shaped bonnet may look easier than say recreating the DB5, but it is more complex than you’d expect. 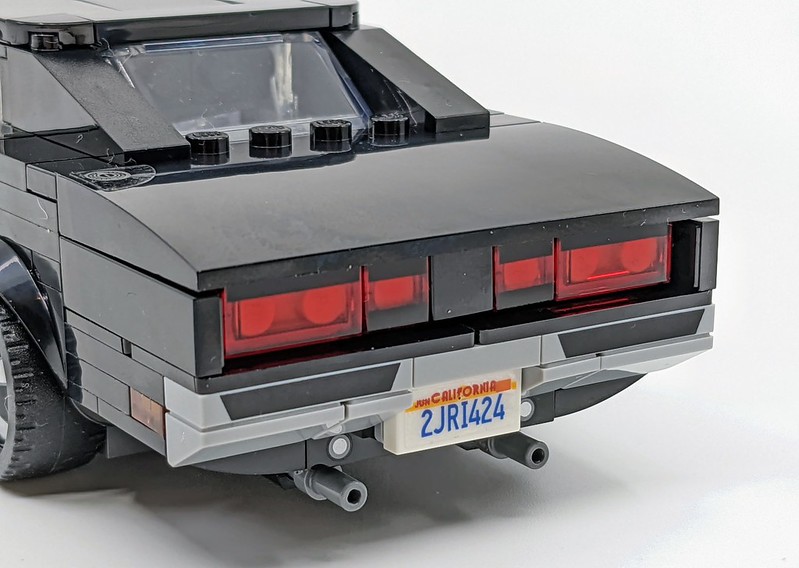 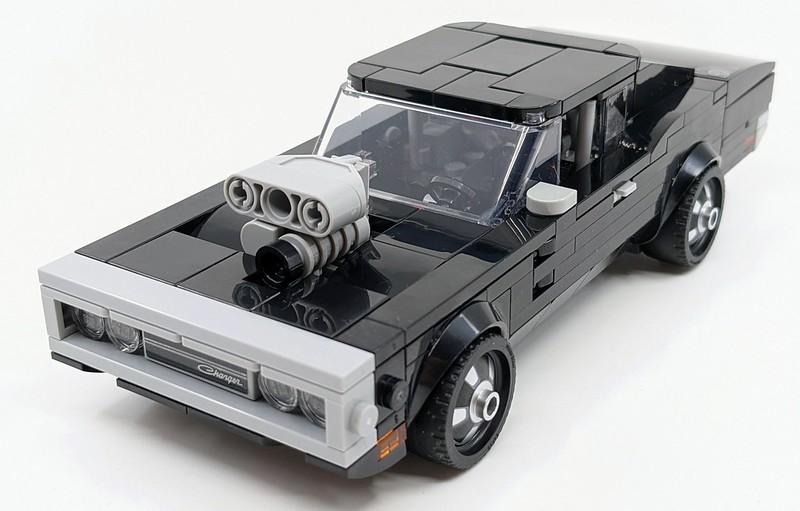 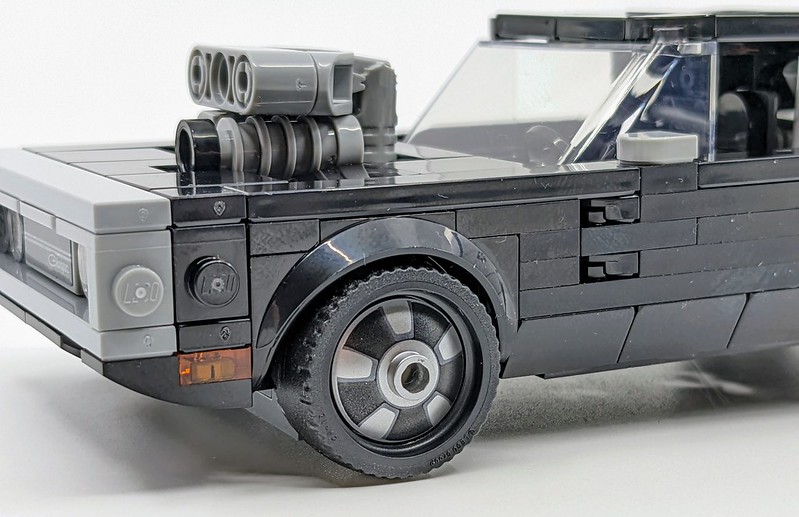 Inside the car, you’ll find hints at the car’s movie connection, including a nitrous tank and a roll cage in the back. There are a couple of stickers used to add a few details such as the number plate and front grill. One point of contention is the backend of the car, I like the way the rear lights have been done, with partly printed elements. However, there’s a slightest of gaps between, the sloping boot hood and the car’s body. This is due to the lack of studs towards the back of the car. The set doesn’t feature as many interesting pieces as the Bond’s Aston Martin but does have printed caps for the wheels. 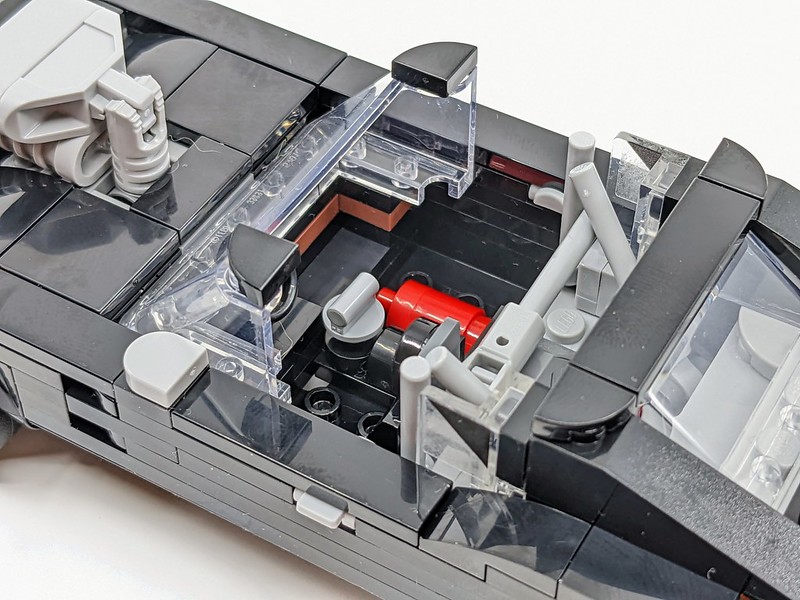 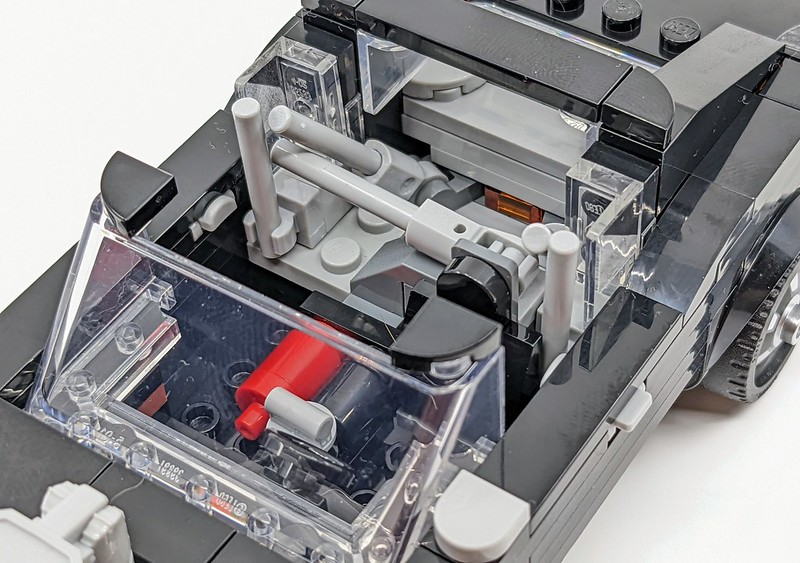 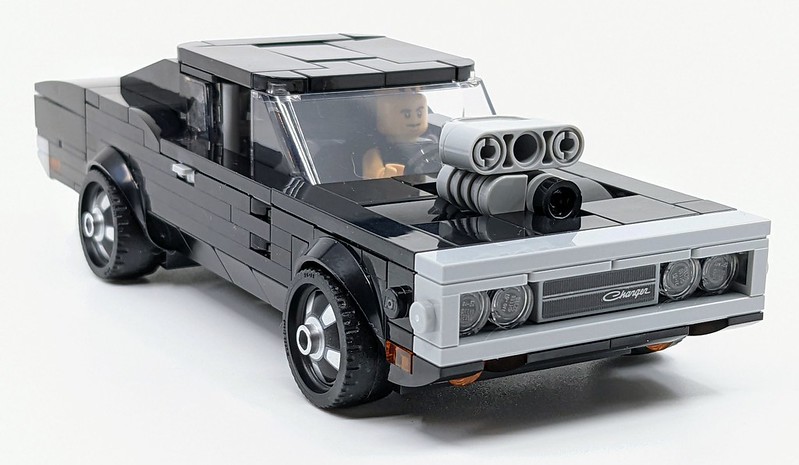 Along with the car, the set also includes a minifigure version of the face of the Fast & Furious Saga, Dominic Toretto. This is obviously based on Vin Diesel and thus is a rather basic-looking character. There’s only so much you can do with a bald chap wearing a vest. So you’ll find the slightest print detail on the torso and Vin’s family-fuelled smile. 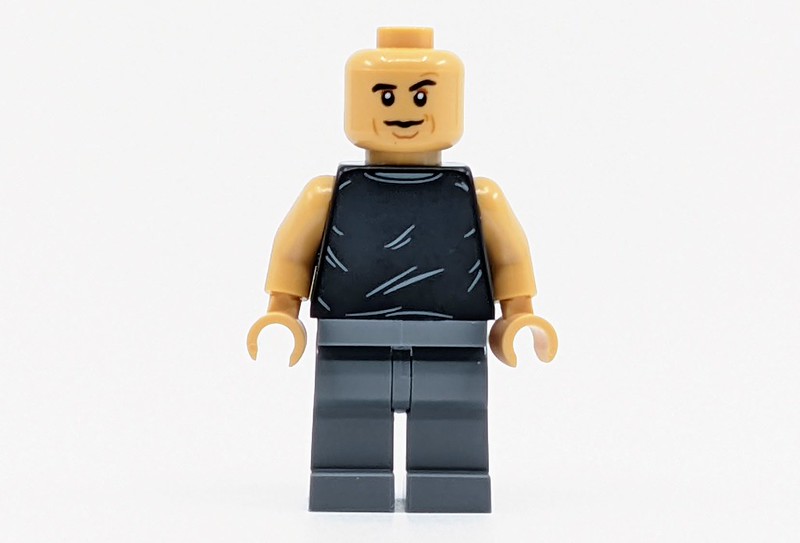 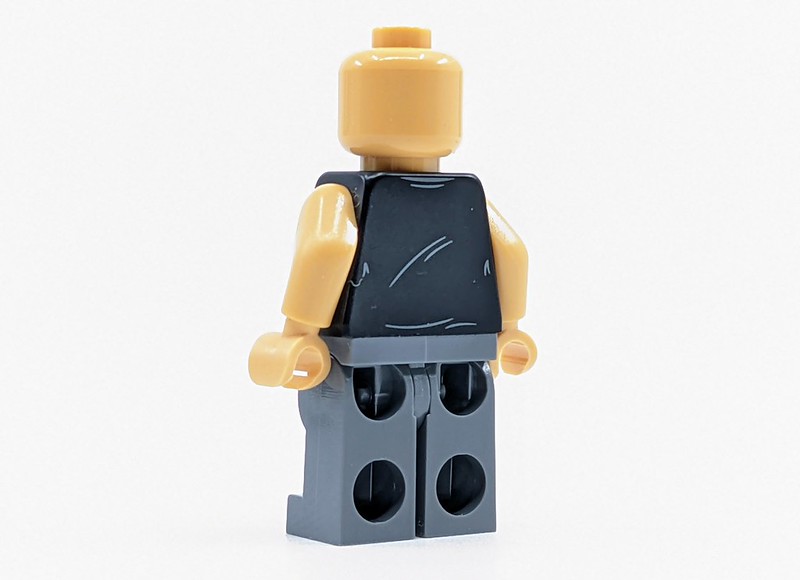 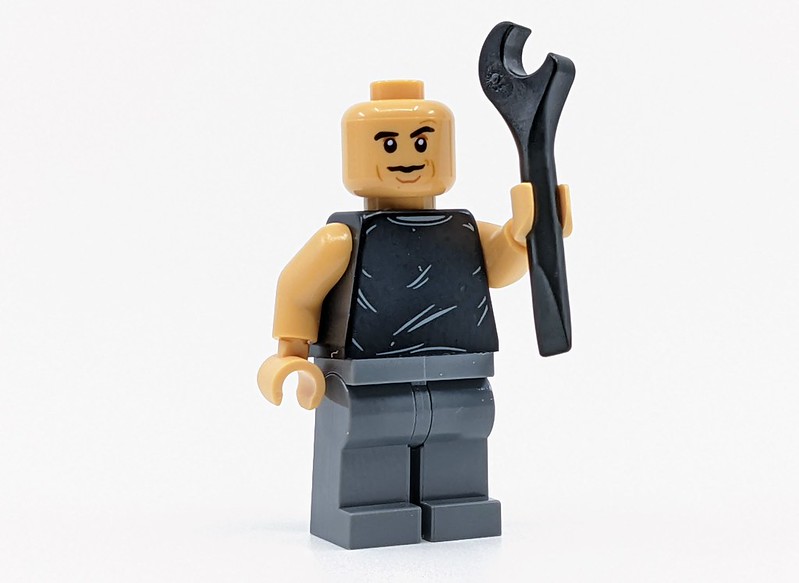 I think because we’ve already seen a couple of similar sets in a similar scale, this Dodge Charger may seem a little less impressive. However, the wider scale helps to infuse a lot more detail. The connections to the movie franchise are very subtle, so the set doesn’t look out of place against other Speed Champions sets. So if you’re a fan of the car but not the film series, you can still enjoy the set. I have built a few Speed Champions sets and I’m still surprised by the level of construction it takes to create them. The addition of an entertainment IP opens the fanbase up so hopefully, more people will get to experience them. It will be interesting to see if any other iconic movie vehicles join the Speed Champions line-up.