With Phase Four of the Marvel Cinematic Universe in full swing, the notion that it’s ‘all connected’ has never been more true. The events of Loki, WandaVision and Spider-Man: No Way Home all tie into the events soon to be seen in Marvel Studios Doctor Strange in the Multiverse of Madness. Not much is known about the Doctor Strange sequel, but it will feature the Nexus being Scarlet Witch as well as introducing America Chevez to the MCU. It will also heavily draw on the newly opened MCU Multiverse, which has truly changed the history of Marvel movies, even beyond those that are officially considered part of the MCU. LEGO sets have a habit of featuring important plot points from unreleased movies and in some cases, things that never happen at all. But that doesn’t mean we can’t speculate. What we can do is feast our eyes upon the recently revealed Doctor Strange in the Multiverse of Madness set ahead of its early 2022 release.

As a warning, there will be mild spoilers in relation to the concluding moments of Spider-Man: No Way Home. If you haven’t seen the movie yet, please do as it’s amazing but you may want to skip the next paragraph after the product details below. 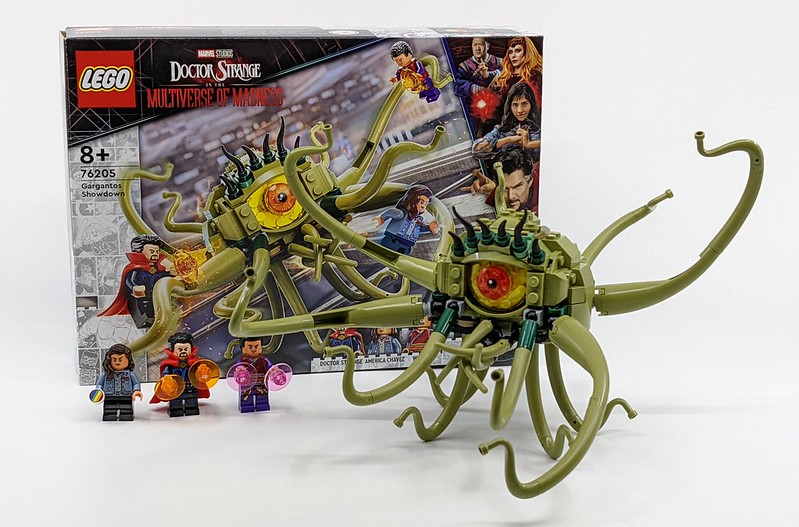 Grab LEGO® Marvel Gargantos Showdown (76205) before the green fiend inside gets its tentacles on you! Monster fun from Marvel Studios’ Doctor Strange in the Multiverse of Madness for kids aged 8 and up.

Doctor Strange vs. the tentacled monster
Anything can happen when a cast of Marvel super heroes encounter a massive, angry, one-eyed creature with long, green tentacles. This versatile set features 3 popular LEGO Marvel minifigures: Doctor Strange with a removable cape, Wong and America Chavez. The one-eyed, green monster has long, jointed limbs that allow kids to position and pose the creature for maximum effect. When the monster battle action is over for the day, the tentacled terror looks terrific displayed in kids’ rooms. The free LEGO Building Instructions app contains an additional digital guide which kids can use to zoom, rotate and visualize their model. There’s also a guided real-life building process that allows young builders to construct with confidence 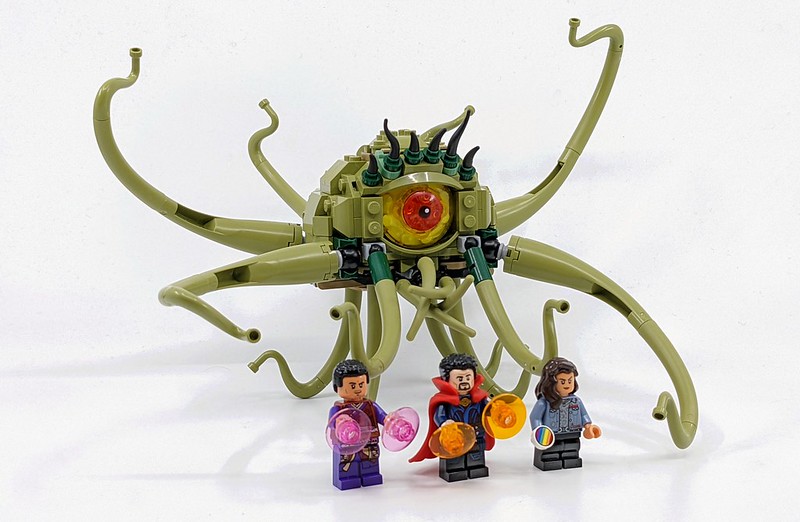 As mentioned above this particular part of my review does tie into the end of Spider-Man: No Way Home, you have been warned. The end credit sting for the latest Spider-Man film is basically the trailer for Doctor Strange. It will see plenty of cool moments including one where Strange is battling with a green tentacled beast. So it’s safe to assume the moment this set is based on will feature in the final film. 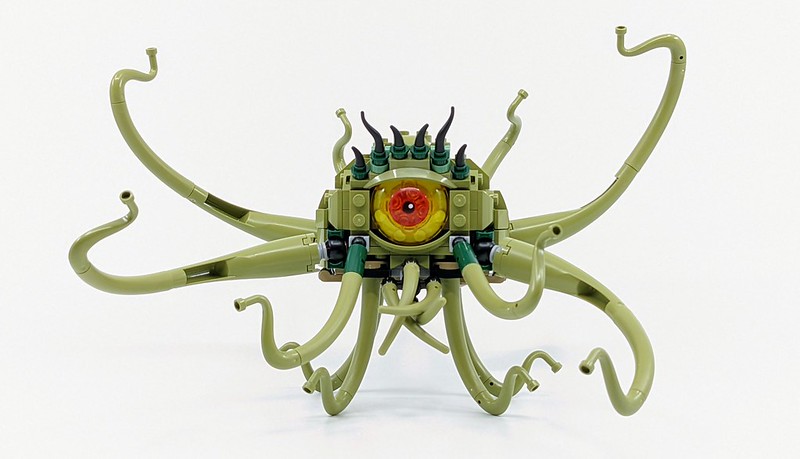 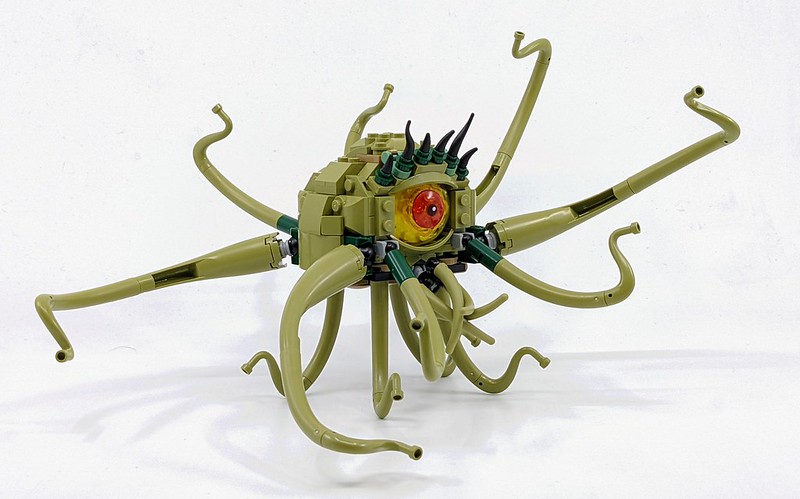 If you skipped ahead, you’ll be all good from here. So the set features a large olive great beast, with numerous tentacles. The box suggests the creature is Gargantos. Who is certainly a similar creature but one tied more to the sea-dwelling Namor. There is another extremely similar looking character in the Marvel comics called Shamu-Gorath and one with more of a connection to Strange. However, the MCU is known for switching things up with traditional characters taking on new roles. So it’s entirely possible that’s the case here. Either way, whomever the creature could be, it’s a fantastic looking set. The core of the build is focused around Gargantos’ body. It’s largely made up of olive green elements but the inside is a little more colourful. This partly helps in your build experience as the brightly coloured interior bricks help to ensure you add the outer elements in the correct place. 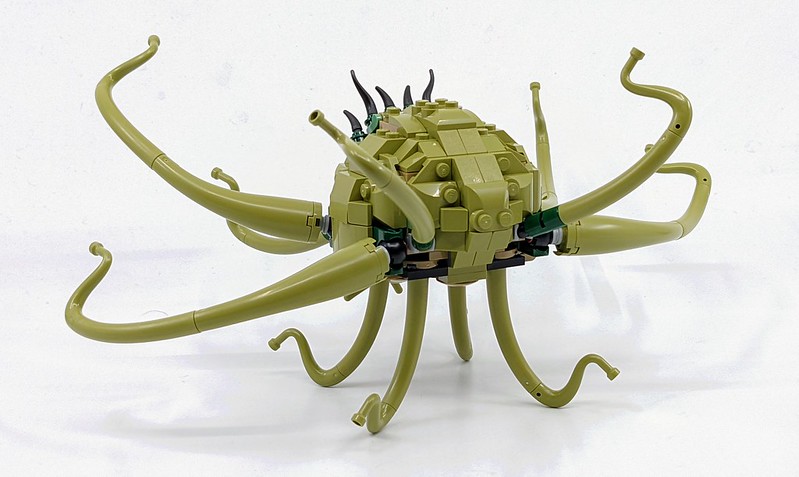 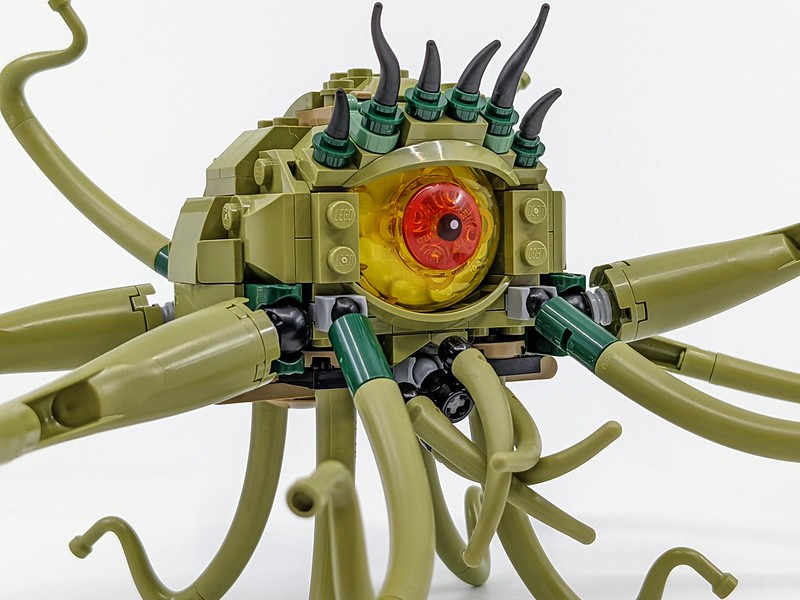 Despite being a large green ball, with a lone eye and many tentacles, it’s one of my favourite Marvel sets in a long time. And it’s those tentacles that partly fuel this. There are a few different sizes used, which help give it feel more detailed. Each tentacle is attached via different sized ball joints, plus each one is made up of a couple of different sections. This combination allows you to create plenty of different poses. In relation to ball joints, there is a slight issue with the section surrounding the eye, as the joint connectors seem a little unaligned due to the bow of the larger plate, but once this part is introduced to the body section, it seems secure enough. I do like the use of four tentacles connected to the underside of the creature. These are attached via Technic pins and elevate Gargantos. Which certainly makes it look better than simply being flush to the floor. As cool as the tentacles are there is another annoyance with the larger sections of them. They have a large notch in them. I’m sure there is a reason for this but it doesn’t look very nice. 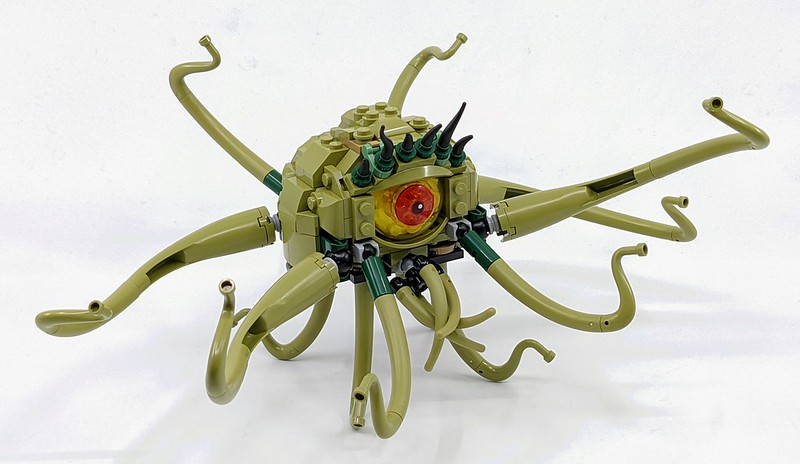 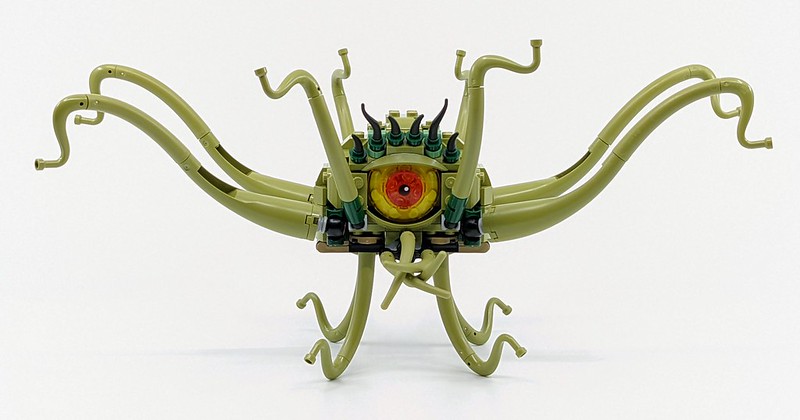 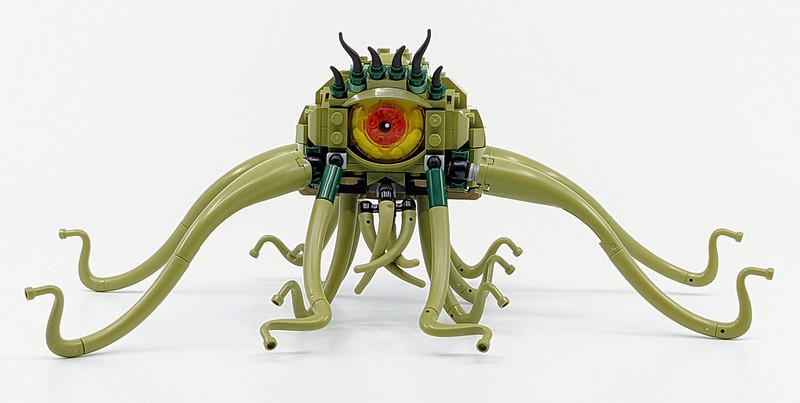 The set includes three Minifigures, all of whom are currently exclusive to this set. Doctors Strange uses the new moulded cape, which does look a little odd compared to the usual material ones. But it also means the cape can exist as its own character beyond the Minifigure. Although Strange looks very similar to the version featured in the Spider-Man: No Way Home set, there are slight differences to his costume. The most visible tweak being the addition of a Seal of Vishanti pendant. Despite Wong making numerous appearances in the MCU, his Minifigure count is surprisingly low. His first appearance was in a Toys R Us Bricktober Pack many years ago and more recently, in the No Way Home set. Wong seems to be a tricky character to pull off in LEGO form. I think it’s the hairpiece, it just doesn’t match Wong’s buzzcut. Despite that, his outfit is nicely detailed, especially on his torso. Both Strange and Wong have 2×2 round dome elements to represent their magical abilities. Unfortunately, they aren’t printed like they were in 76060: Doctor Strange’s Sanctum Sanctorum.

Joining the two sorcerer’s is an all-new addition to the MCU. America Chavez, also known as Miss America, is a fairly recent addition to the Marvel comics and her powers include the ability to open the holes in reality and travels through the Multiverse, which could be very helpful with all the madness set to occur in the upcoming film. As a younger character, she uses the short legs but the more recent ones which have articulation in the legs. Her torso is great, with some cool little details on her shirt, some of these have been given a LEGO twist. The back of her jacket also features a star symbol, which ties to her comic book appearances. She also includes a 1×1 printed round tile, featuring the Pride colours, which is another to her comic book history.