The LEGO® Star Wars Helmet Collection has already transformed a number of iconic ‘lids’ into displayable sets. However, they have largely focused on the scum and villainy of a galaxy far, far away. But the latest wave of helmets spread beyond the Dark Side transforming an X-wing helmet, The Mandalorian’s helmet and the imposing head of a Dark Trooper into sets. The first of these new sets I’ll be taking a closer look at is Luke Skywalker’s iconic X-wing Pilot Helmet. As the budding Jedi joined the Rebel Alliance in their attack on the Empire’s first Death Star, Luke used the Red Five callsign. This helmet is inspired by the Red Squadron helmet worn by Skywalker in A New Hope. So here’s a closer look at the set. 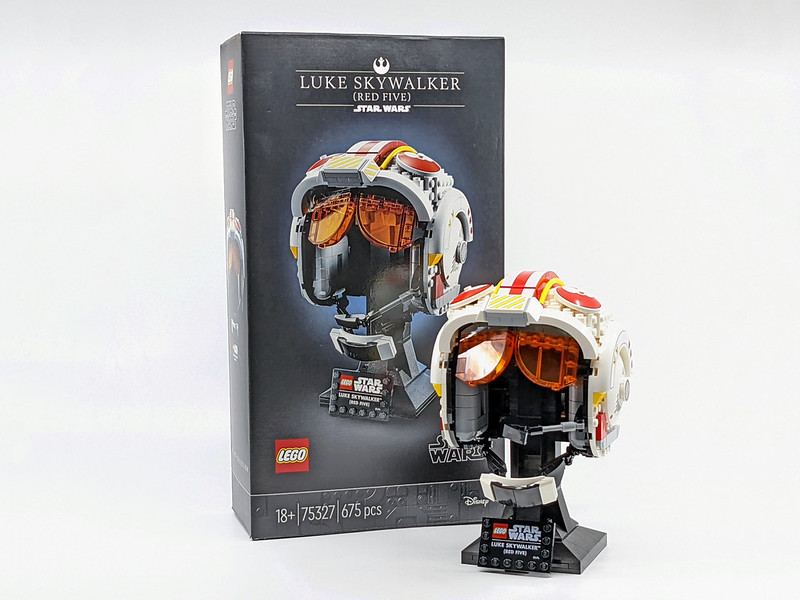 Feel the power of your creative Force as you build the collectible Luke Skywalker (Red Five) Helmet (75327). This buildable model of Luke’s iconic pilot headgear is the first-ever hero helmet or open helmet in the LEGO® Star Wars™ collection. Channel your inner Jedi to recreate authentic details, including a brick-built microphone and interior padding, plus translucent red visor elements. Add the integrated stand with nameplate to complete a striking display piece. 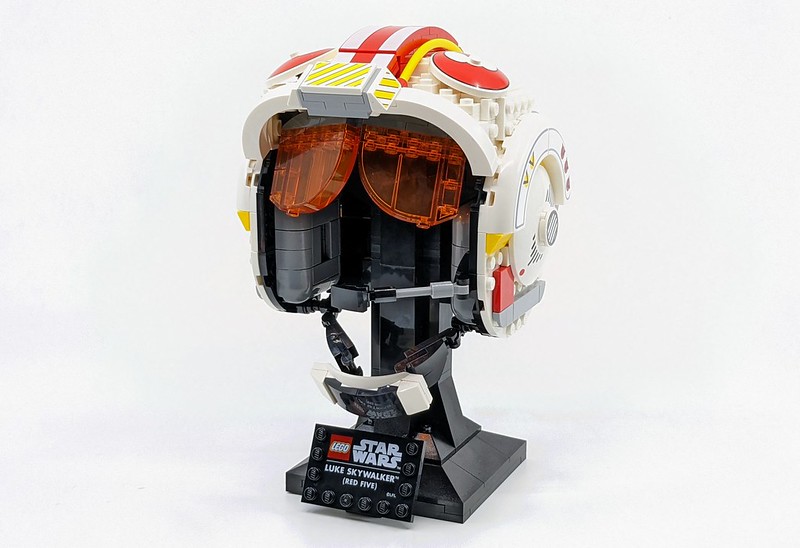 The set features four numbered bags of elements, along with a single sticker sheet and the instructions. Inside the booklet is a brief introduction to the set and how it was inspired by the classic Star Wars movies. 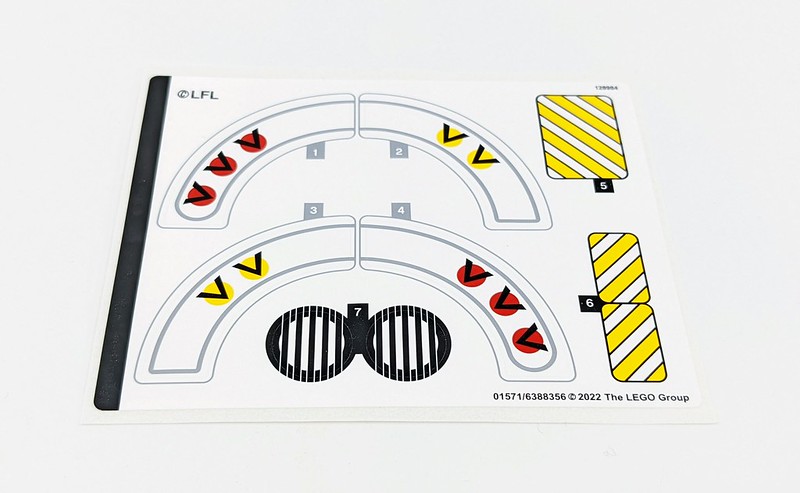 Although the Star War Helmet Collection sets and even those based on Marvel and DC Super Heroes, have a similar style their builds are vastly different. The X-wing helmet begins with the display plinth. Due to the open-fronted nature of the X-wing helmet, the stand section is a little different to other sets. Due to it being a lot more visible at the front, the black part of the stand is a lot taller. 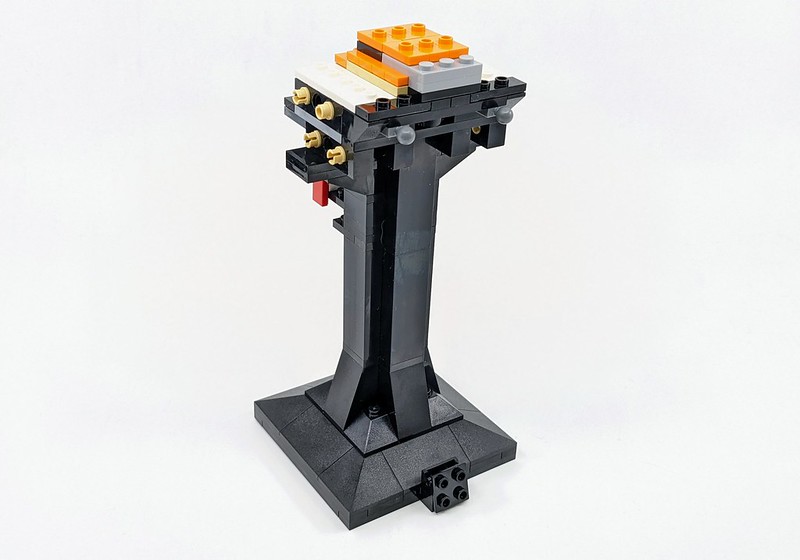 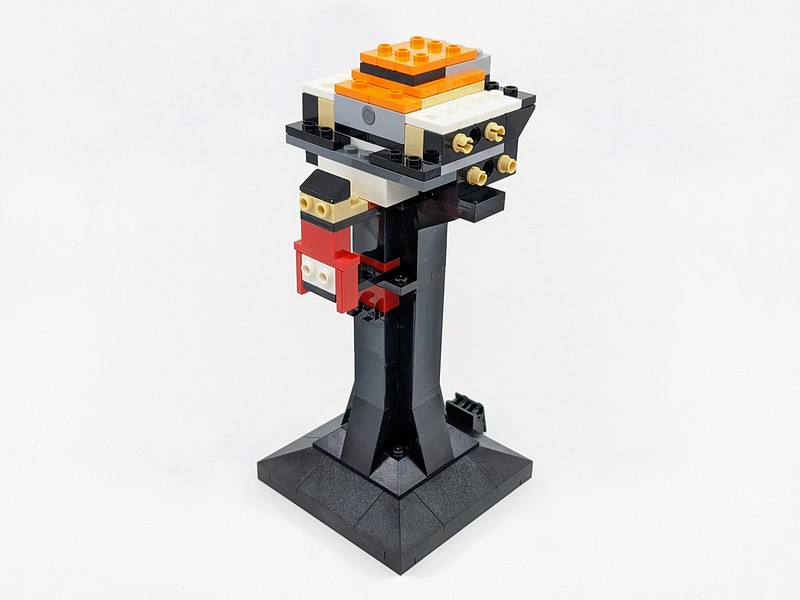 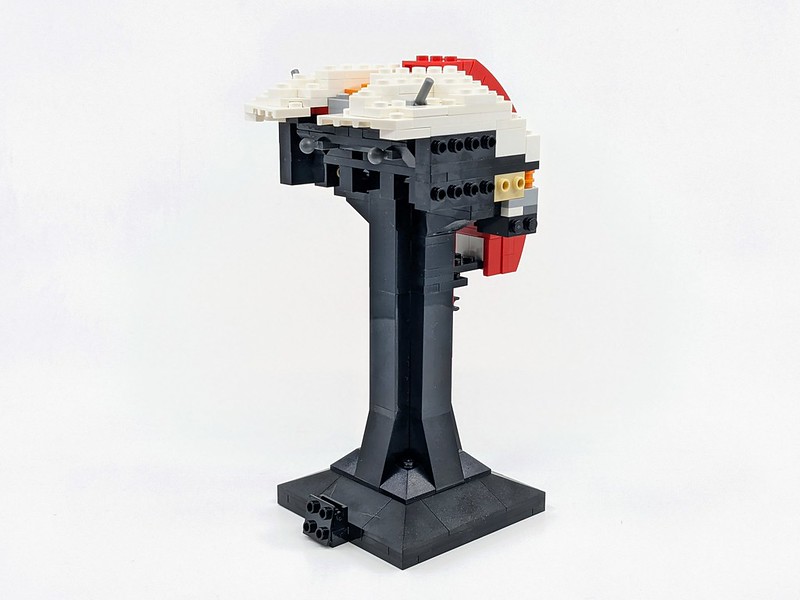 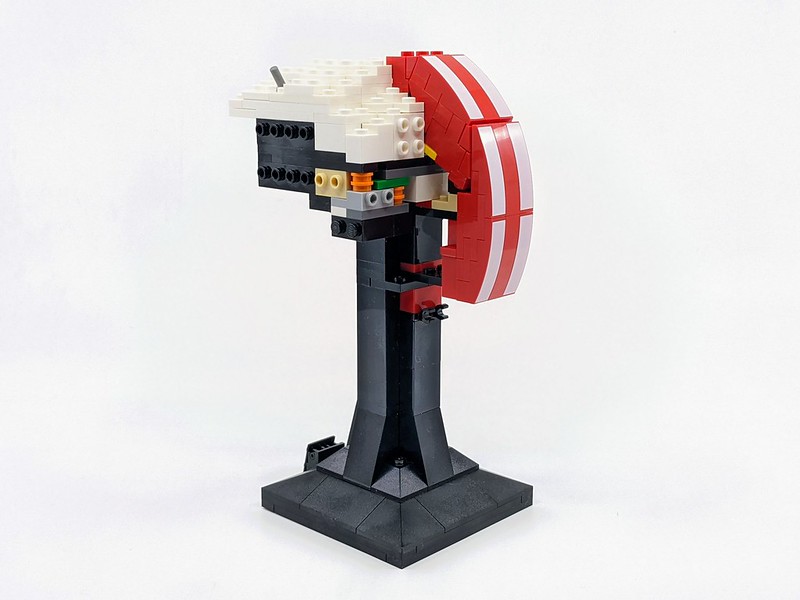 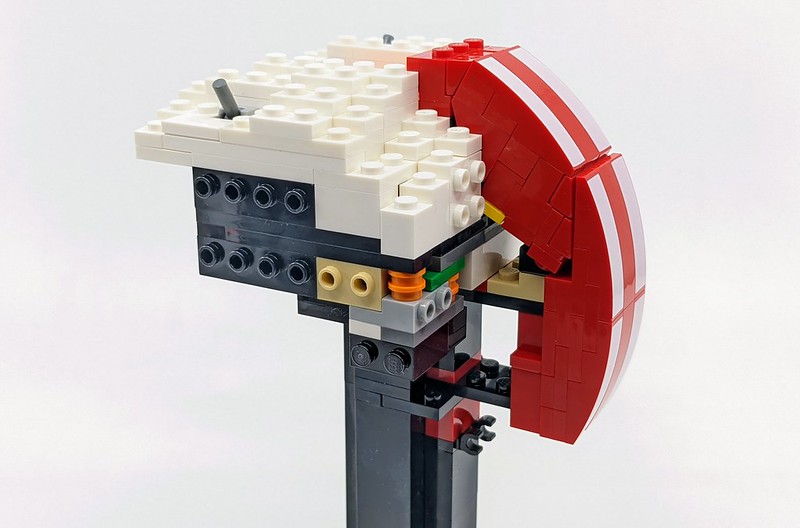 The rest of the helmet is then sort of clad around the stand in sections. These allow the helmet to achieve the necessary curved surface associated with the X-wing helmet as well as some of the other details such as the red strip which runs centrally across the helmet. This is one of the areas I found a little tricky. There is a section of the red trim which bridges to parts of the helmet as well as hold one of the yellow tubes. It’s then secured in place with a couple of additional elements. However, the tubing causes one end to spring out of place very easily. It’s a little frustrating and I’d advise keeping hold of the section until you can add the next sections. 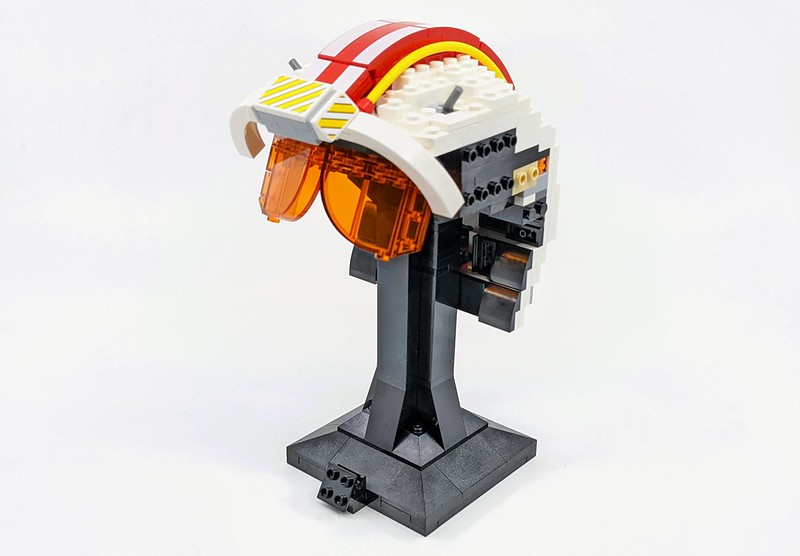 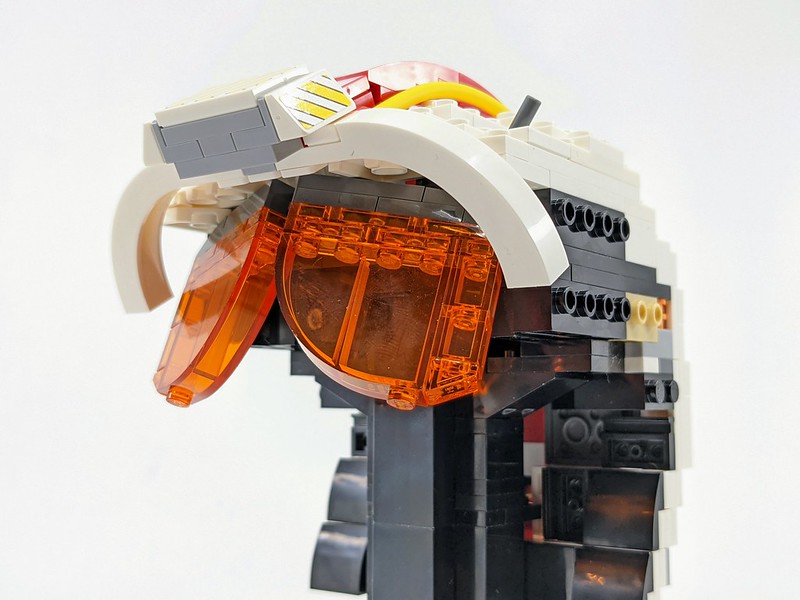 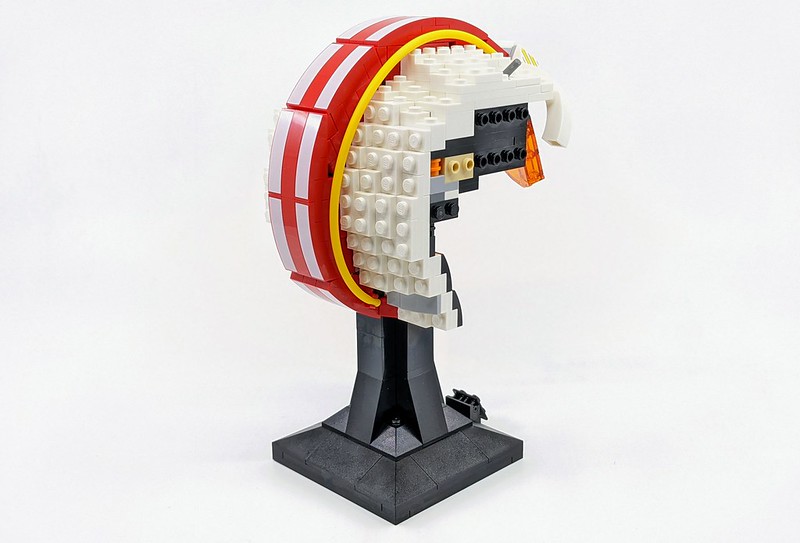 Something the X-wing helmet does differently from other Star Wars helmets is the face; it has an open-fronted section. This has previously occurred with the Batman cowls, with middling results. Thankfully, the X-wing helmet doesn’t suffer as much thanks to the inclusion of the orange visor section, chin strap and comms mic. One very interesting section is the padding featured inside the sides of the helmet. The way they are connected is quite unusual and almost bordering on an illegal connection. 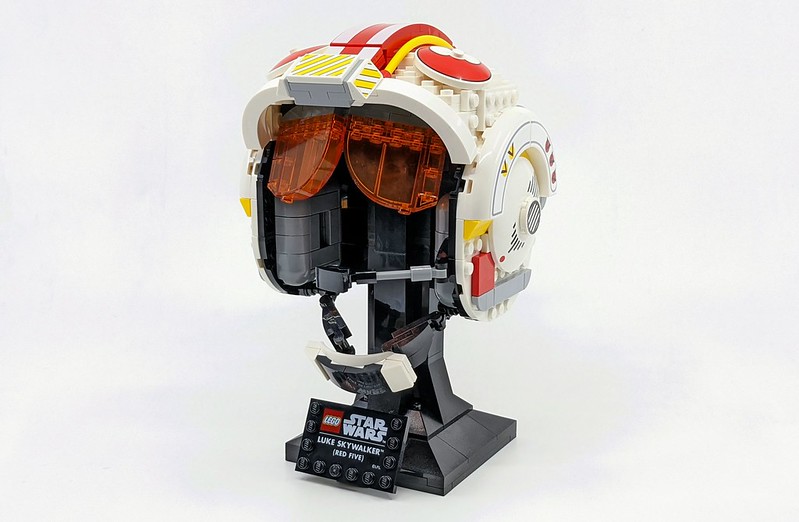 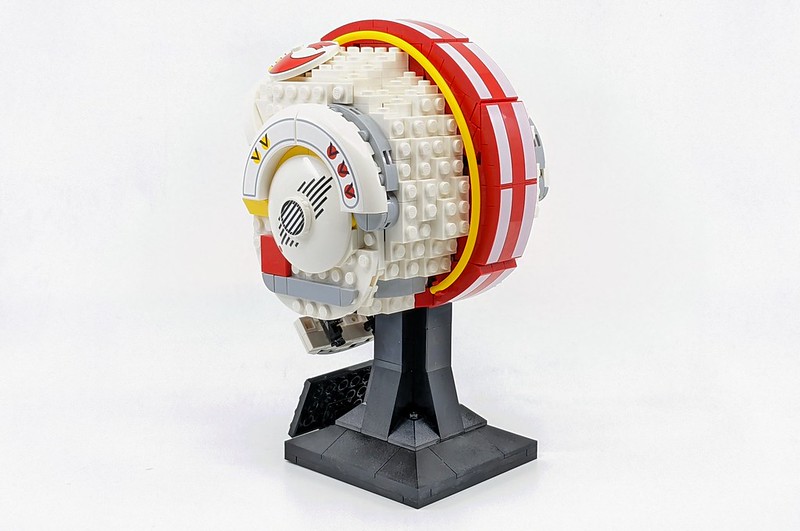 Extra details add much more of a visual flair to the helmet with a mixture of printed pieces and stickers. Some of the red slopes have white printed on them and I’m pleased to say it must have been given a few layers of print as it’s solid white with no pink tinge to it. There are a couple of disc pieces featuring the Rebel Alliance logo, unfortunately, due to the central stud, there is a break in the print. The rest of the graphics are stickered pieces. Thankfully they are easy to apply and actually look quite nice, although I’m still a little confused as to why the disc sections on the side of the helmet have printed detail on the larger disc but require a sticker on the 2×2 round tile, I assume it’s something to do with alignment. 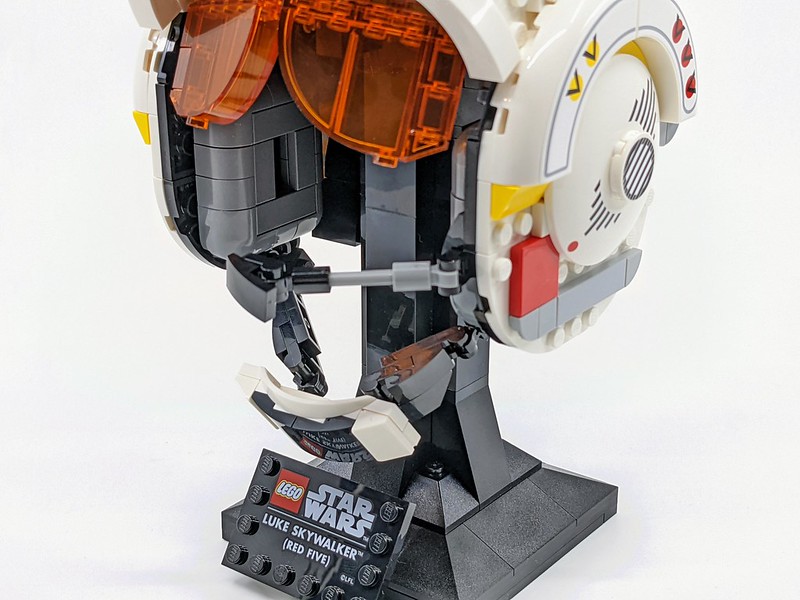 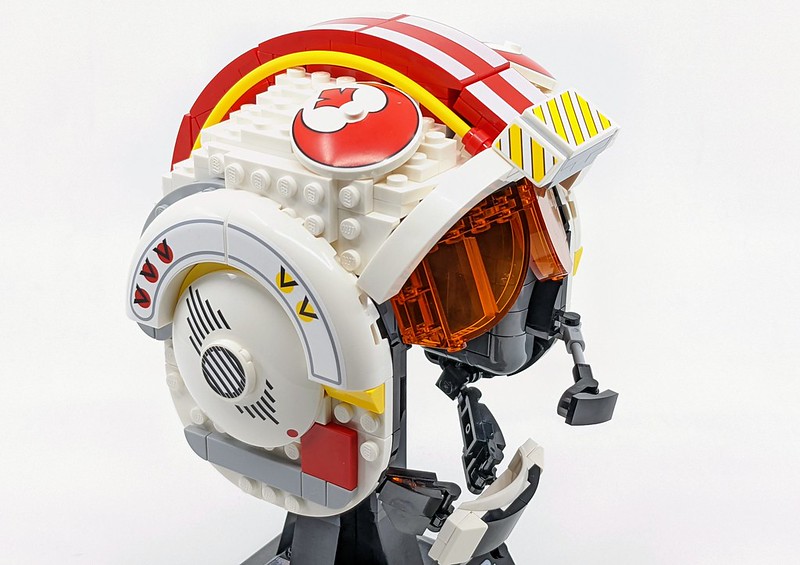 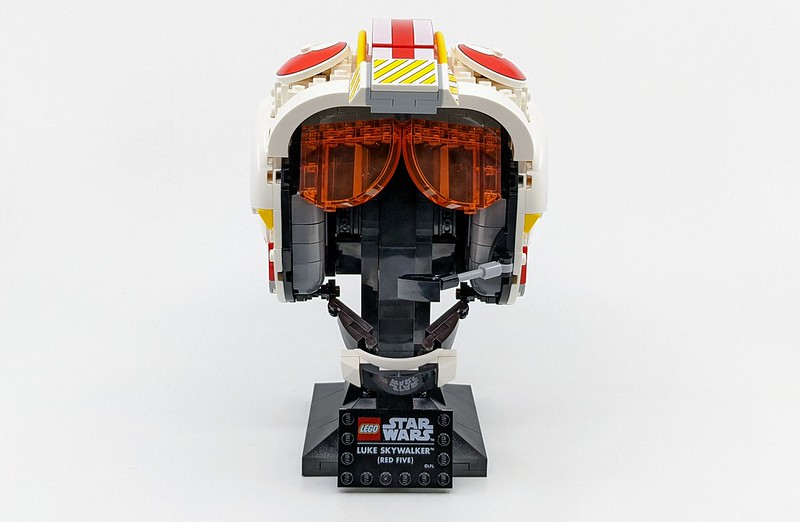 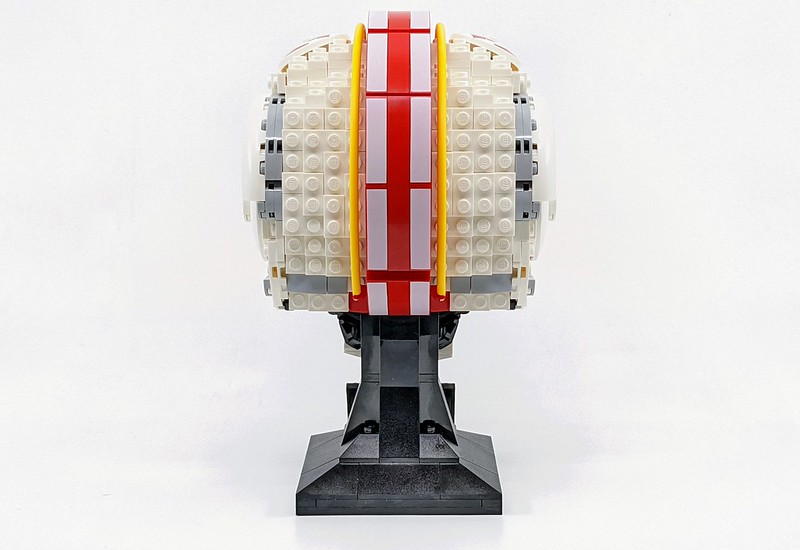 The ‘Dark Side’ characters have much easier helmets to transform into sets compared to their good guy counterparts so it’s nice to see the X-wing join the Helmet Collection. It’s an interesting build, which can be tricky in some places. Sure it’s not a perfect take on the helmets worn in the movies but this isn’t a specialised prop or a 1:1 replica. It is however a nice addition to the ever-growing collection of similar sets and hopefully, the first of helmets from the lighter side of the Star Wars universe.

The open-fronted sets previously used for the Batman cowls have looked a little iffy, but it works much better for this helmet. Although it does have a awkwardly fiddly section with the tubing, most of the set is fun to build, especially the ‘cushioned’ sections inside the helmet.

– Quite fiddly in places