As LEGO fans we buy and build a fair few LEGO sets, but it’s not always possible to review them all. Building, photographing and writing up a review is quite time consuming. But often we build a set and want to share our thoughts, so we’re introducing Quick Looks. A photo-focused, briefer review of sets we’ve build. For our first Quick Look review, we’ve built one of the new sets based on Solo: A Star Wars Story. Admittedly beyond the peculiarly coloured new Millennium Falcon, none of the Solo sets really seemed that interesting. But we wanted the Vader Pod so grabbed a few sets, in order to get it. One of the sets was Han Solo’s Landspeeder. So let’s take a quick look at it. 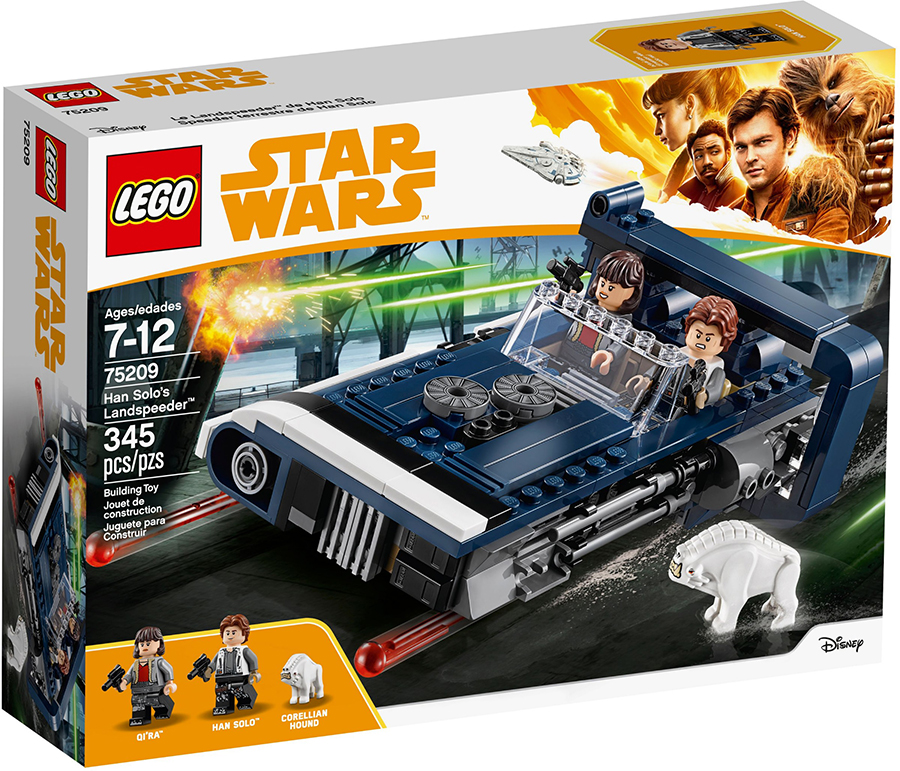 Before Han became the charismatic pilot of the Millennium Falcon, he flexed his piloting skills as a boy racer on the mean streets of Corellia. If you’ve watched the various trailers for Solo: A Star Wars Story, you’ll have seen Han and Qi’ra outrunning various wrong-uns, in a unique little Landspeeder. 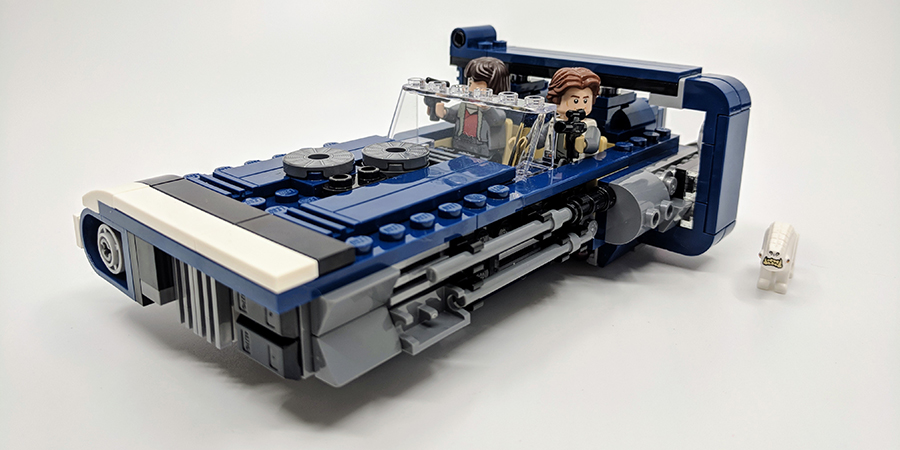 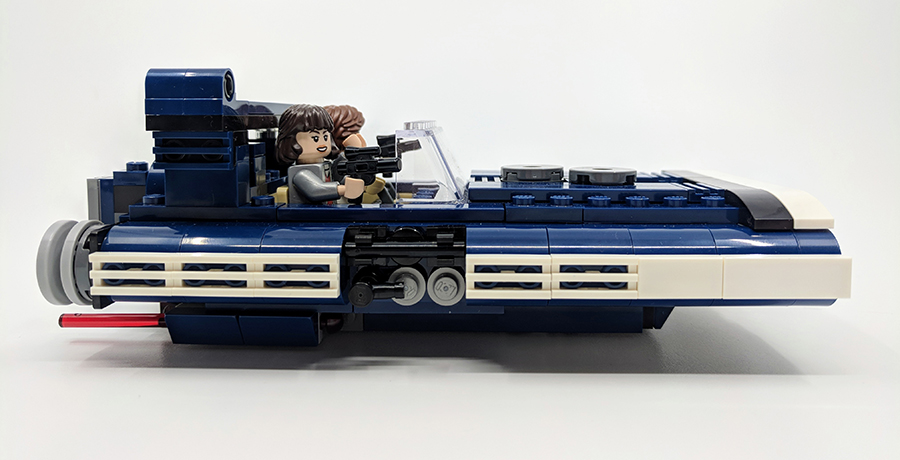 What’s unusual about this set is the lack of symmetry, one side features exposed exhaust piping and the other has a rounded edge, which is a little more similar looking to other Star Wars Landspeeders. The colour scheme is also quite cool, with the Earth Blue being complimented with the white strip along the rounded edge. These colours also have a retro feel to them. The Landspeeder hides two spring missiles, which can be activated by pressing the end of them, which just protrudes out the rear of the Landspeeder. There are also four hidden wheels on the base, which allow it be moved along and also give it the appearance of floating, as Landspeeders often do. 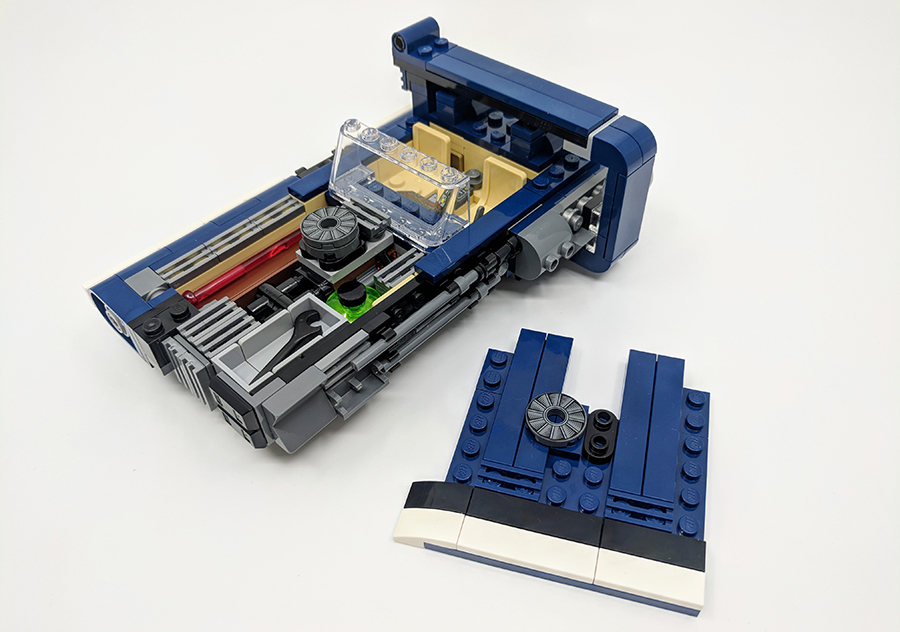 The set includes two minifigures – Han Solo and Qi’ra. Both main characters from the movie and exclusive to this set. Print detail is great particularly on Han, who looks like he’s been in the wars. Han uses the new hair piece, which is much similar to the younger version of Han, as played by Alden Ehrenreich. Qi’ra also features a new hairpiece, from the brief look at Emilia Clarke’s character in the scene this set is based on, it’s look like a nice match. The minifigures are joined by a Corellian Hound, a surprisingly small white dog-like creature, with a face only a mother could love. 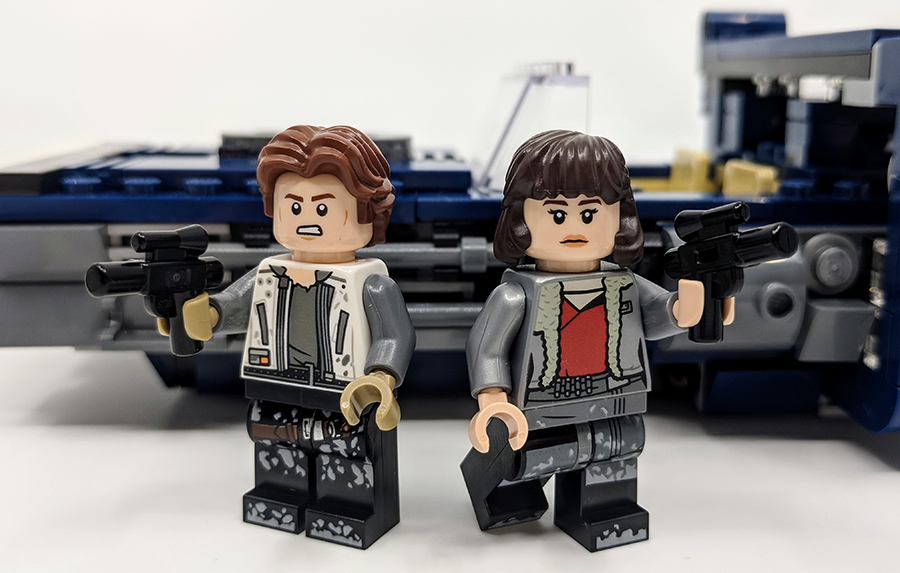 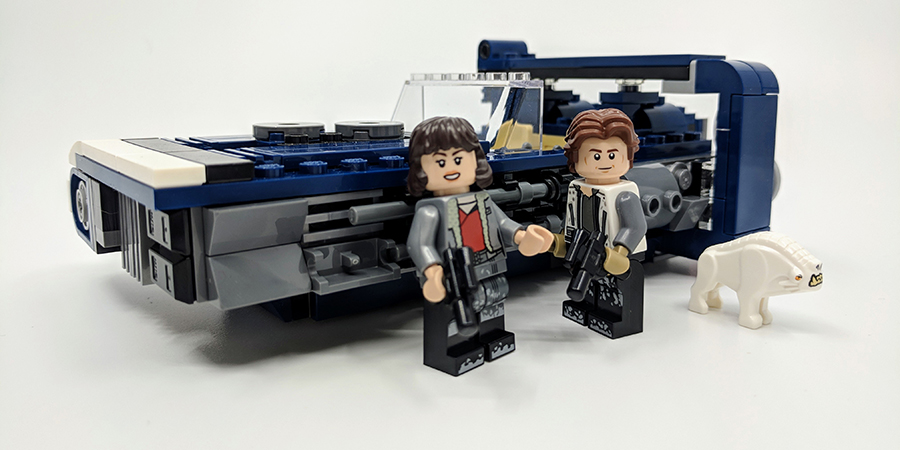 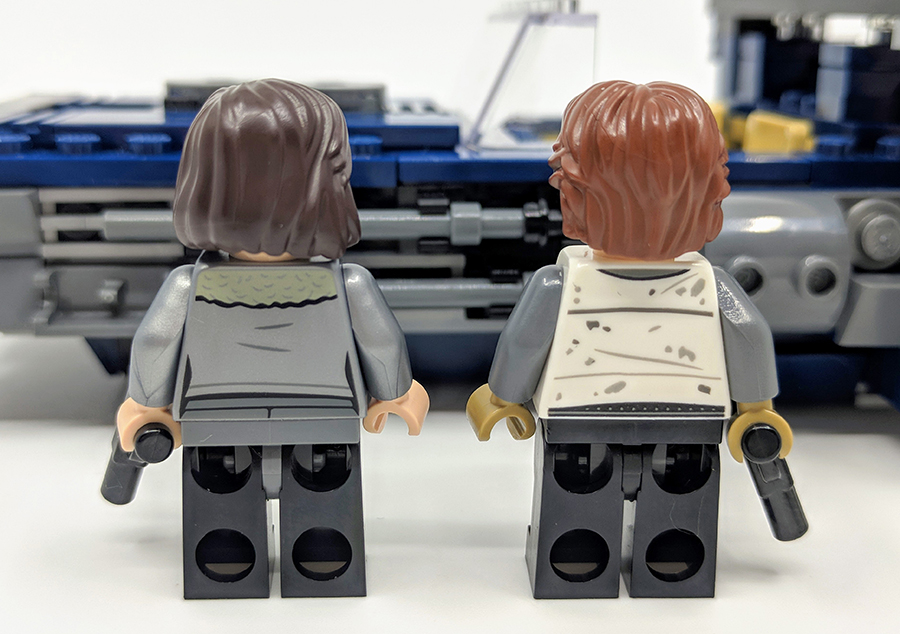 It may have been a set purchased merely to bulk up an order, but after building it, it’s certainly a decent addition to the Star Wars range. Sure we’ve had a number of other Landspeeder sets, but this is certainly one of the most unique. Plus it’s really fun to build. If you want to add on Solo set to your collection and the Kessel Run Falco is a little out of your price range, we highly recommend Han Solo’s Landspeeder.