Unlike the rest of the upcoming LEGO® NINJAGO sets, this one is part of the LEGO 4+ range and isn’t tied to the Crystalized TV series. In fact, it’s more similar to sets released at the start of the year, so a little more generic and not tied to any particular NINJAGO storyline. If you are unfamiliar with the 4+ sets, they are aimed at younger builders and offer a simplified build experience. This also means the sets discard stickers in favour of unique printed parts. The sets also include unique ‘Starter Bricks’, so although they are simple sets, they do have slight appeal beyond the intended age range. Here’s a closer look at the LEGO NINJAGO Ninja Dragon Temple. 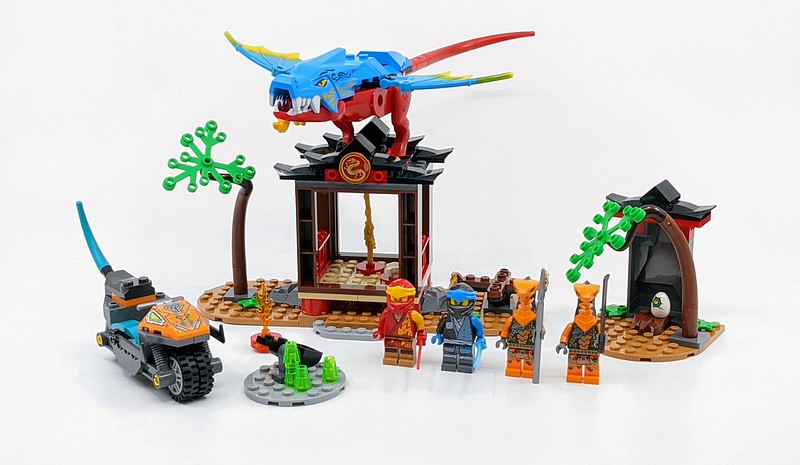 A playset to inspire little builders
This ninja playset has been specially designed to give kids aged 4 and up a brilliant build-and-play experience. Inside the box, each bag of bricks has a model and a character to build so kids can quickly get the action underway. There is also a Starter Brick to provide a partly constructed base to get kids building the dragon. 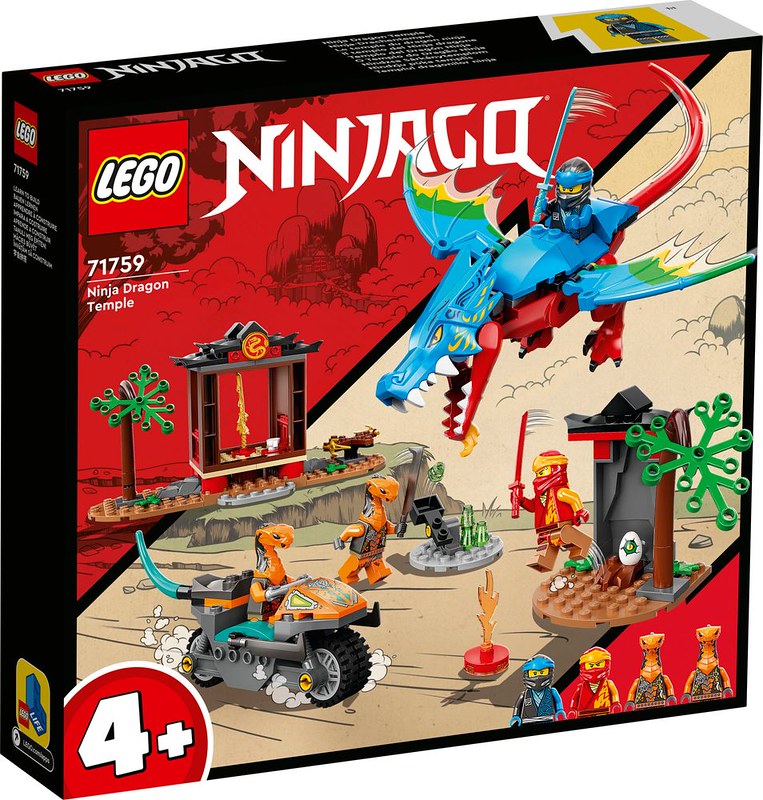 To help with making the build process as easy as possible, there are four instruction booklets included in the set. Each one is focused on a different part of the build. The journey across the build is broken down far more than standard sets. So younger fans should be able to follow the build with ease. 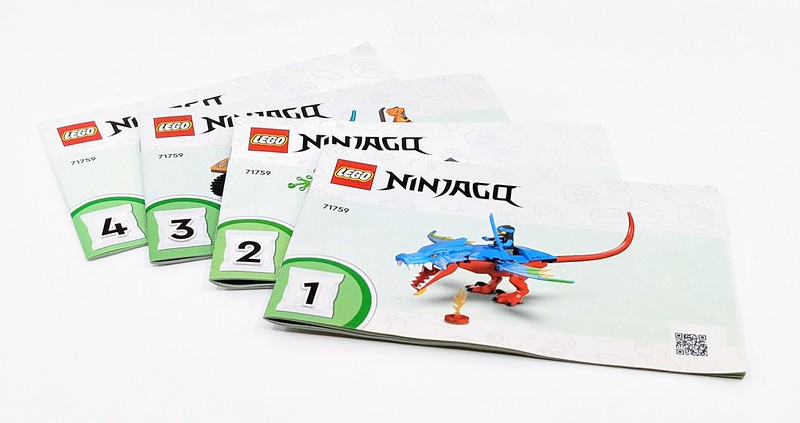 Another aspect of the set which helps to simplify the build are special elements known as Starter Bricks. These are larger single pieces, mainly acting as a base for a build. Here they include two pieces which connect to form the motorcycle, along with most of the bricks used to create the dragon. All 4+ sets also lack stickers, as they wouldn’t be the easiest thing for younger builders to apply. So details on elements are all printed. The result is some interesting printed pieces.

The set is split across four main sections and begins with a colourful little dragon. It has similar aspects to other NINJAGO dragons just on a smaller scale and obviously with more simplistic pieces. I would say it does look a little odd without any arms, especially as there are two holes perfectly positioned to hold them. 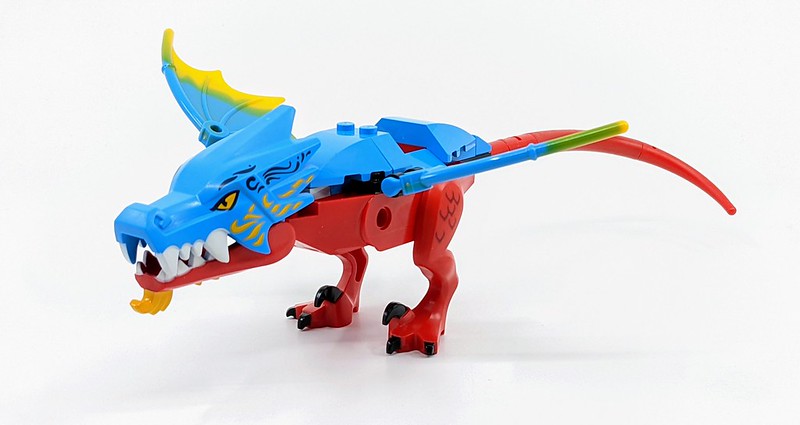 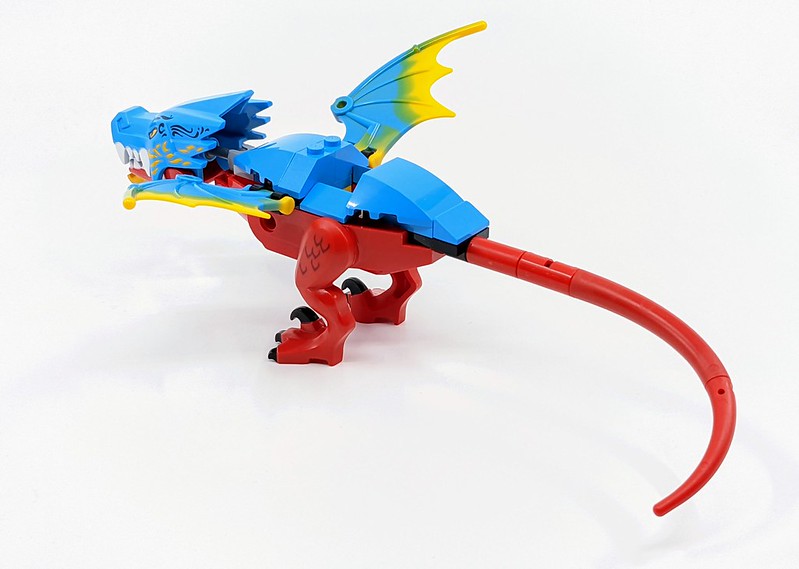 The largest part of the set is a small dojo temple. This uses a couple of large frame-like structures for a small open room. I like the stack of sloped bricks on the roof section of the dojo along with the printed 2×2 tile. 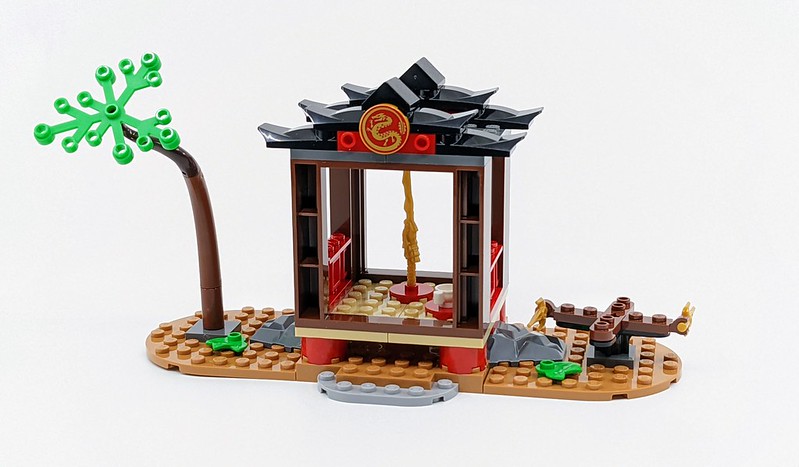 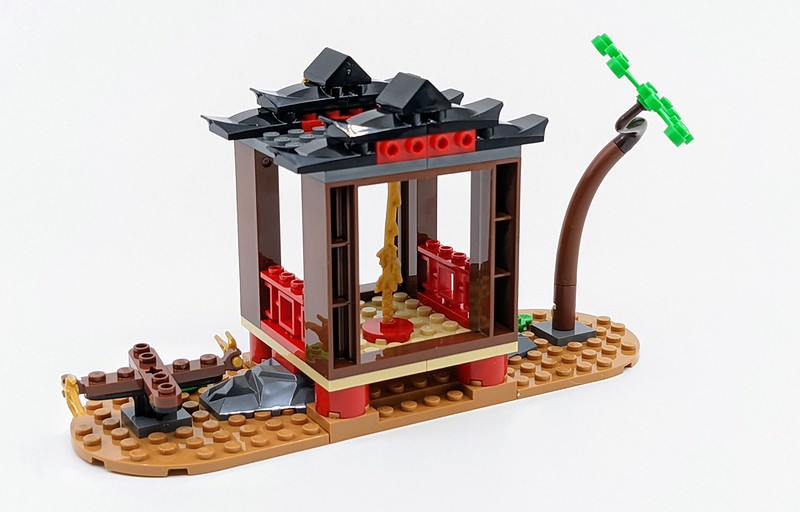 There’s a separate and much smaller structure, it’s almost shrine-like in appearance but is kind of nondescript really. It does include a printed dragon egg, previously found in the LEGO City sets. It’s joined by another rather small buildable device, which is simply a flickable catapult. 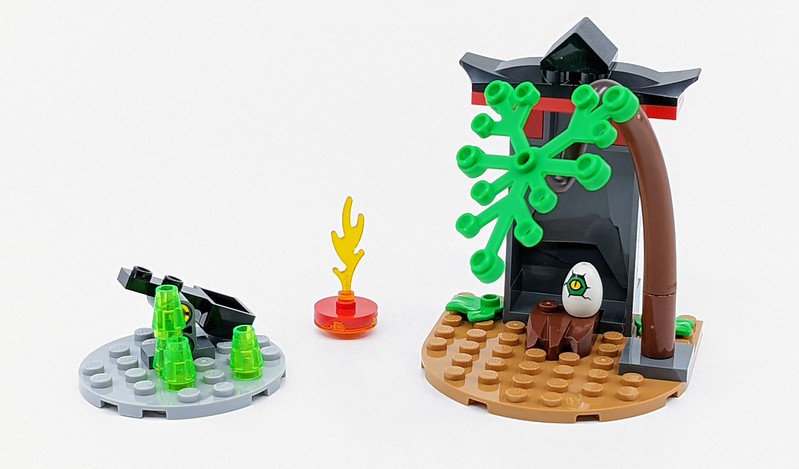 The final part of the set is a chunky looking motorcycle. These use two Starter Bricks which combine to create the body of the bike. Once the wheels are added along with a few other bricks, including a cool printed bonnet, the bike is complete. 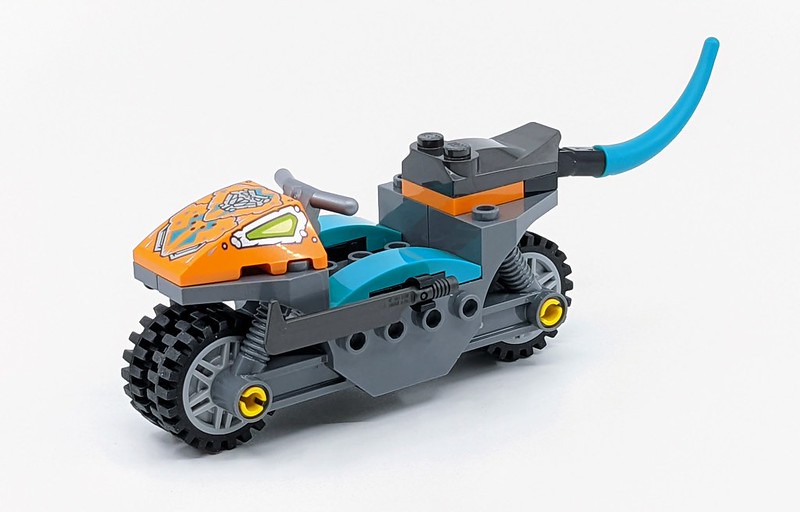 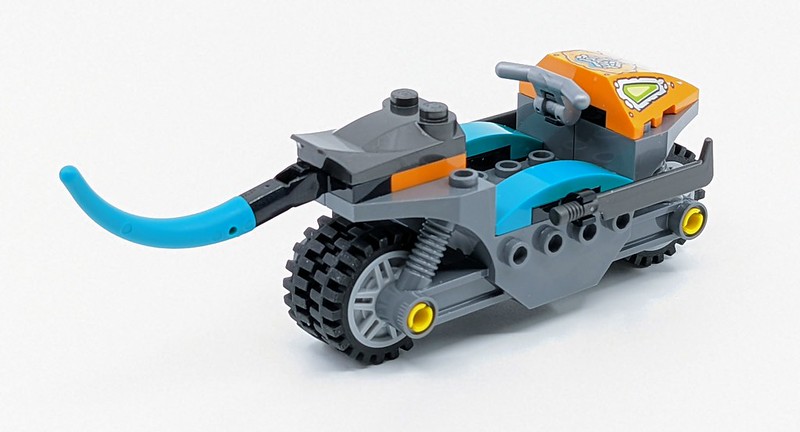 Four minifigures are featured in the set including Kai and Nya, both in simple ninja outfits. It’s nice to see Nya in a set. The two villains in the set are listed as different characters but are exactly the same apart from their weapons. They continue with the Serpentine foe as featured in the last wave of sets. 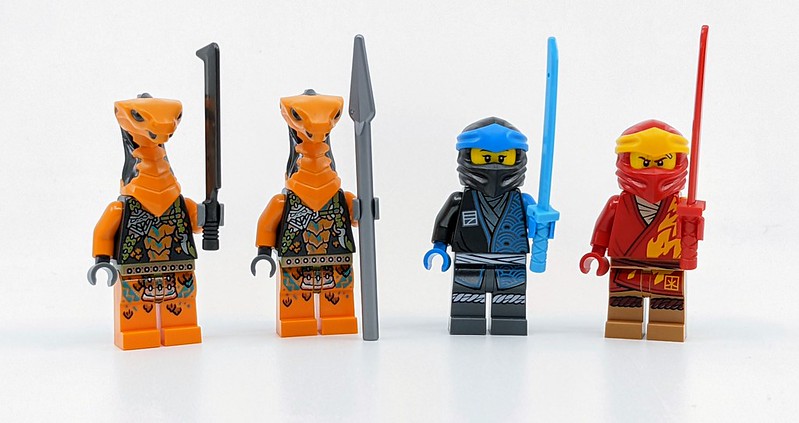 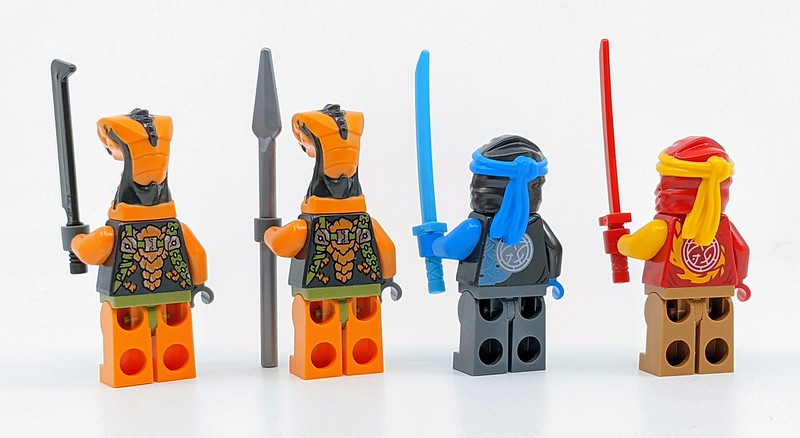 These sorts of sets are a great introduction to LEGO building for younger builders. The larger parts help to simplify things but also introduce some interesting elements. Another bonus is the printed pieces, without using stickers, any detail needed results in some special printed elements, only found in these sets. The little dragon and the chunky motorbike are cute little builds. The minifigures are less exciting but are enough to add a little playability for younger fans.

– A little pricey compared to other sets
– Unexciting minifigures