LEGO® City is not all about rampant crime and arson, each year the evergreen theme does throw up a few surprises. It seems the LEGO City Design Team have hit upon a killer app so to speak – animals. After the wildlife-themed sets from last Summer, the latest sets introduce Squirrels and kittens. With one particular set, Picnic in the Park, being the perfect mix of price and new pieces. Oddly this little set is hard to come by in the UK at least, as it’s only being sold through LEGO Retail Channels. So is this small set worth tracking down? Here’s my review of the LEGO City Picnic in the Park set. 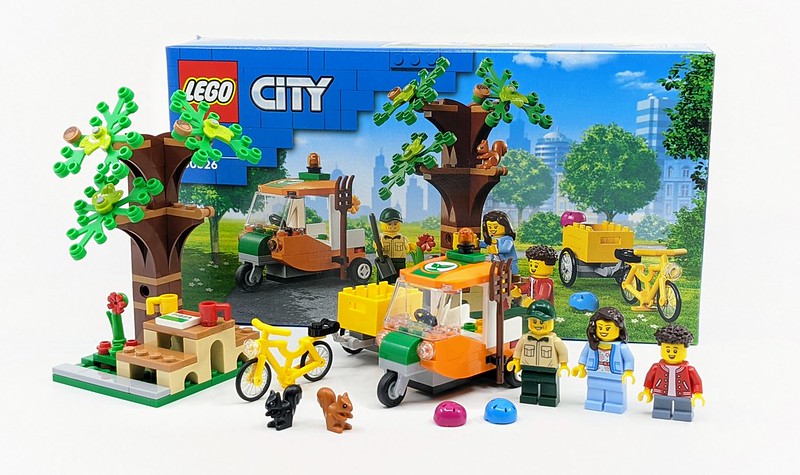 This LEGO® City Picnic in the Park (60326) toy building set features a park setting with a tree and picnic bench, plus a bike with a trailer. There’s a gardener and a 3-wheel truck loaded with gardening tools and flowers – and no park is complete without squirrels! Now kids can enjoy summer picnics every day with this great addition to their city creations. 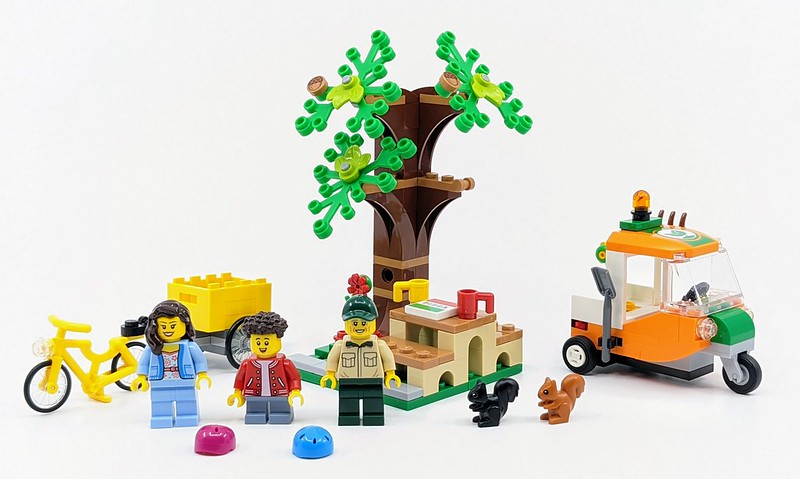 The set is part of the Instructions Plus line-up so it can be built using the LEGO Instructions App with enhanced instructions and animations. It also has two physical instruction booklets so the set can be built by two people at the same time. One step is focused on the vehicles and the other the tree and picnic area. The vehicles include a yellow bicycle complete with a trailer, which is made from a crate element of the same colour. It’s a simple build but looks unique. 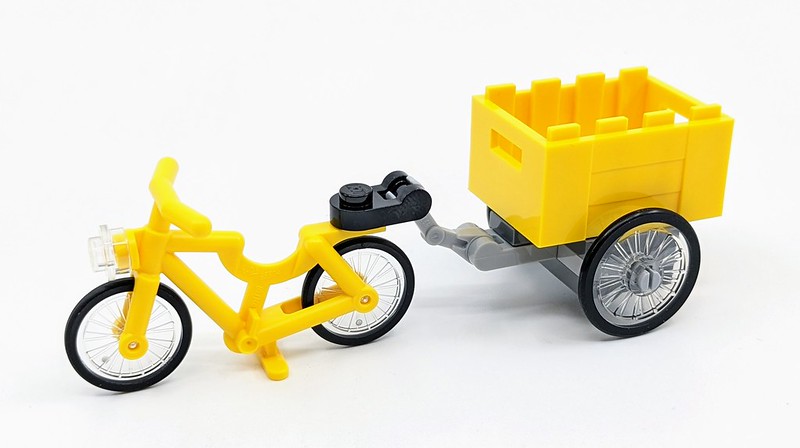 It’s joined by a small three-wheeler buggy, used by the park ranger to tend to the park. Its orange, green and white colour scheme wouldn’t look out of place in a local park. It’s a fairly small vehicle but has enough room to seat a Minifigure by removing the roof, as well as a small section at the rear to transport new flowers or plants. It also features clips to store work tools. 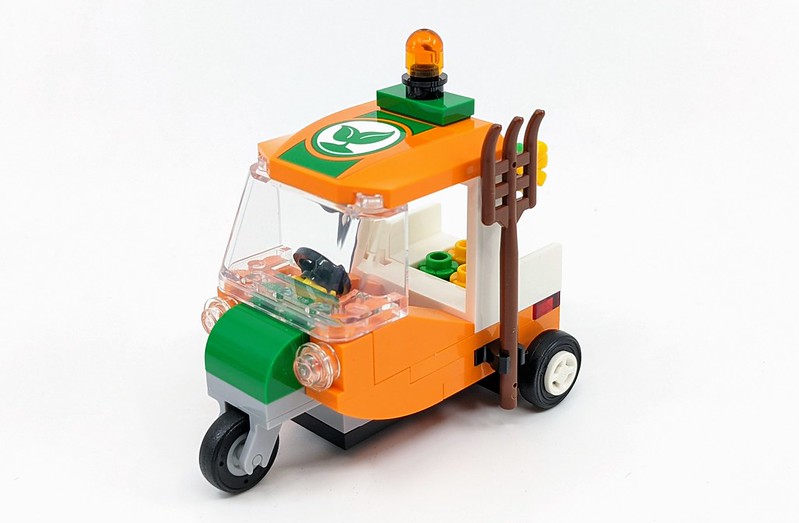 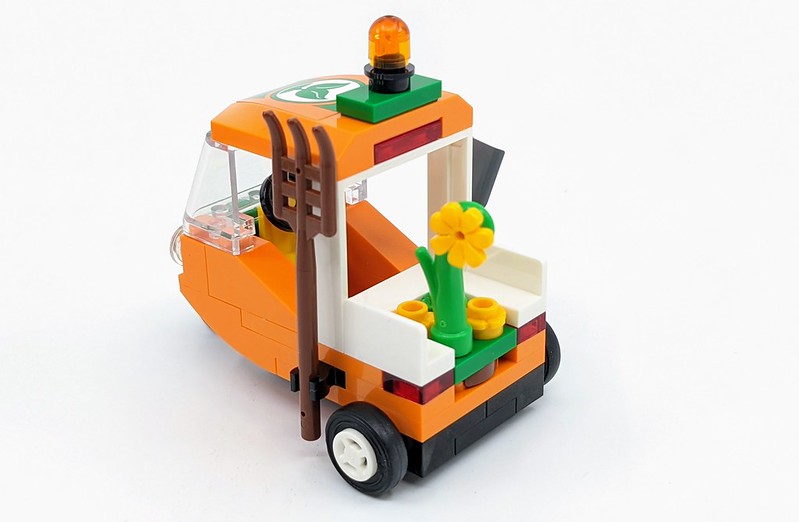 The other aspect of the set is a very small slice of a park, focused around a tree along with a picnic area. It’s built across a couple of green plates which feel a little unstable as you build as they aren’t bridged by any elements until towards the end. This is done by the picnic table. Joining it a tree, if you’ve built a LEGO tree before it’s an all too familiar construction. It features a little perch and three leafy branches, some of which have acorn printed tiles in them. Both of which are perfect places for the new LEGO animals to sit. 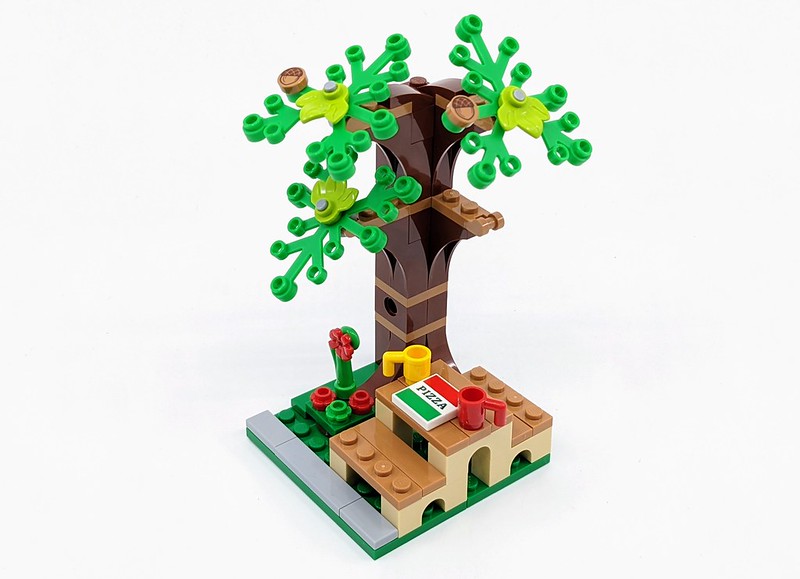 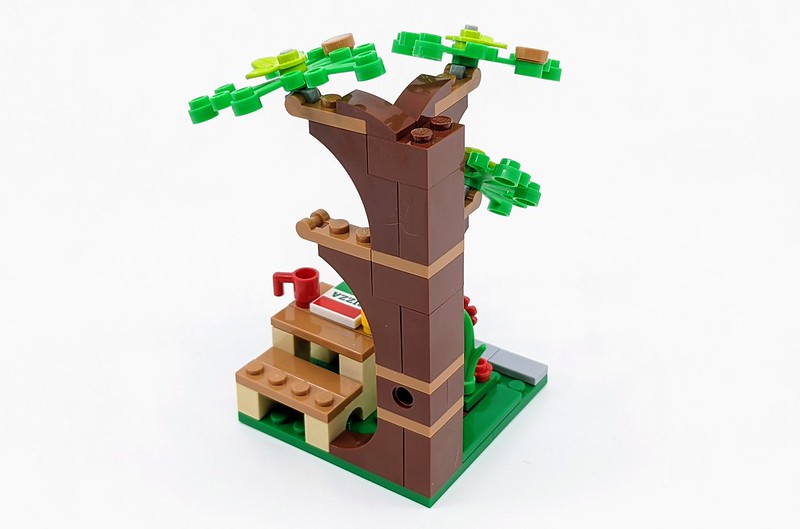 All of the above is secondary to two rather small but rather cool new elements. Animals have always been a much-loved aspect of LEGO builds, so new ones always attract plenty of attention. This set features two new squirrels – one black and one brown. With the black squirrel being exclusive to this set. They are fun little moulds and match the style of other LEGO animals. A third colour can be found in the LEGO City School set.

The set features three Minifigures, they include a Park Gardener, which uses a fairly rare torso first introduced in 2018 and a unique head. In fact, each of the Minifigures has at least one rare or unique component, which is a little unusual for a City set. The female Minifigure has a new torso and the boy has a new-for-2022 hair piece only found in this set in brown. There does appear to be an error in the instructions, with the adult Minifigures being featured in a boxout showing their hair or hats can be removed and replaced with helmets. However, the Park Gardener isn’t the one to wear a helmet it’s the young boy. 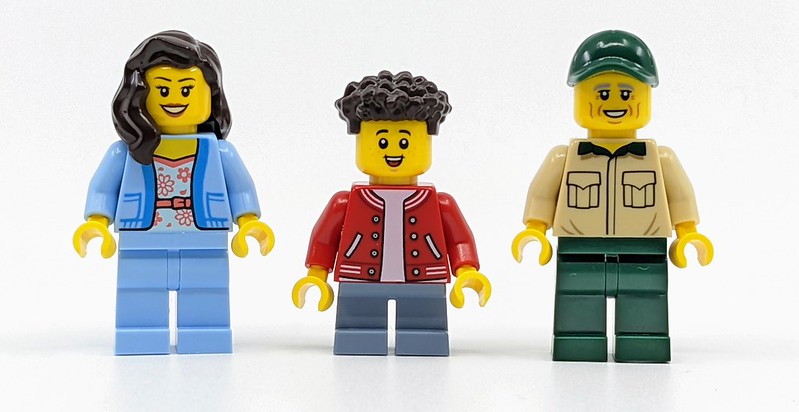 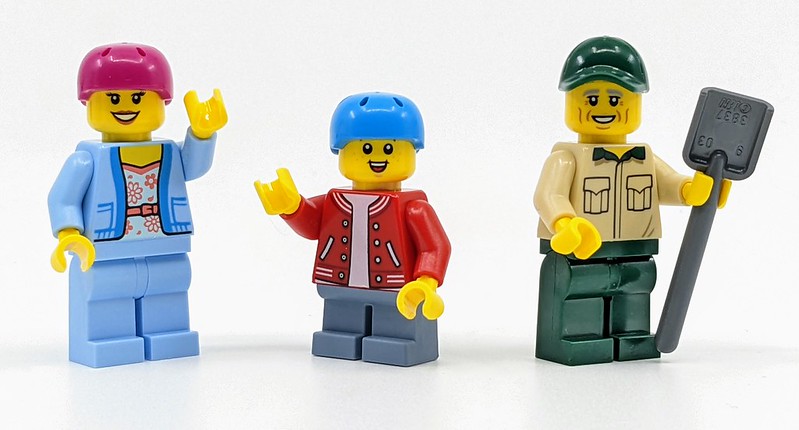 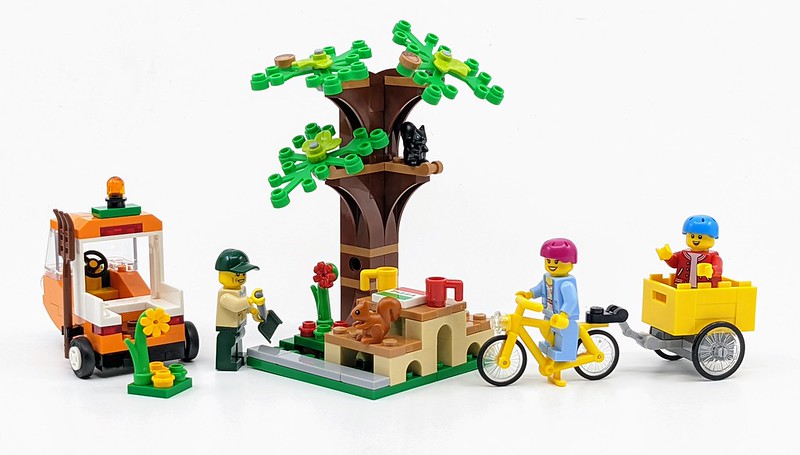