We may not have the new LEGO® Harry Potter sets yet in the UK, but we can enjoy the new range of Harry Potter BrickHeadz. The new range includes three sets based on characters from the Harry Potter movies. After taking a look at the Ron and Dumbledore double pack, it’s time to take a look at one of the first BrickHeadz ‘Buddiez’ packs. These include a normal scale BrickHeadz character along with a new smaller scale build, dubbed a ‘Buddy’ These are built in the same style as BrickHeadz just a little smaller, and will really open up which characters we may get to see in future sets. So let’s take a closer look at set 41615: Harry Potter & Hedwig. This LEGO® BrickHeadz™ 41621 Ron Weasley™ and Albus Dumbledore™ play set is fun to build using colorful LEGO bricks that recreate all their iconic details, including Ron’s iconic ginger hair and magic wand, plus Dumbledore’s tassel hat and gray beard. These Harry Potter™ toys stand on a buildable collector’s baseplate for easy display in your home, office or anywhere you like. 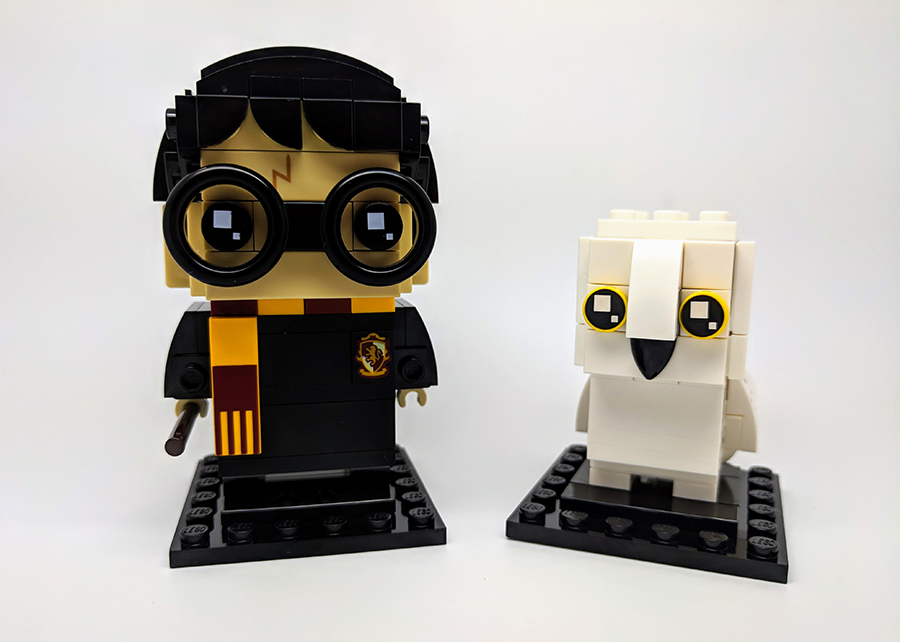 If you have built a BrickHeadz set before, you’ll be familiar with the build. Harry is no different, although he includes a pair of glasses, with fix to the face with a single stud set between the eyes. Harry is wearing his Hogwarts cloak which gives us a cool little printed element. A 1×1 brick which has the Gryffindor house crest. This isn’t the only printed piece, a 1×3 tile makes up his scarf and Hedwig has a couple of bow plates, featuring a little feather detail. Hedwig also uses a new yellow version of familiar BrickHeadz eyes. 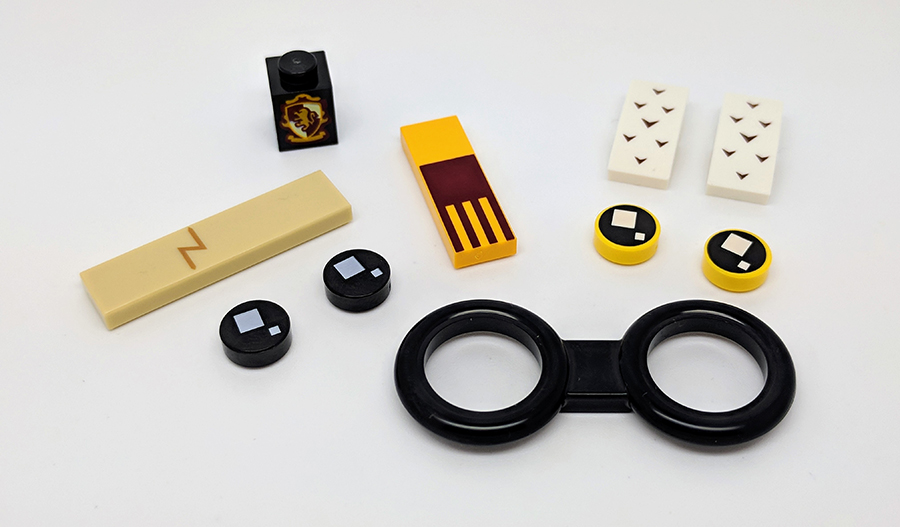 One of the biggest changes to the BrickHeadz formula is the addition of a smaller character, dubbed internally at LEGO as ‘Buddiez’. These are built in the same style as the normal version, just on a smaller scale. Although slightly different elements are used, the build in very similar and even includes the BrickHeadz brain. 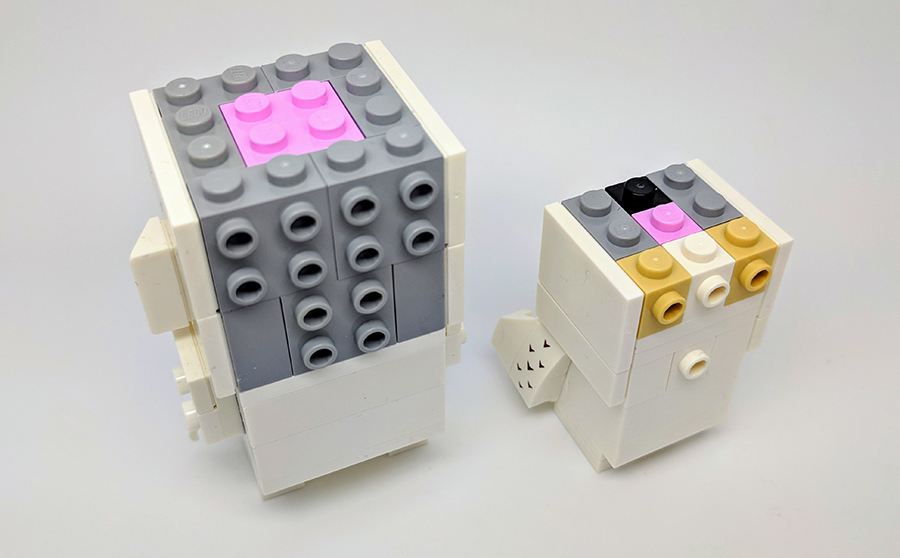 As mentioned above, Harry is a little more exciting than Ron was, both in terms of build and looks. The character can instantly been recognised as Harry Potter and includes all the trademark elements you’d expect the character to have. These include the lighting bolt mark on Harry’s forehead, his glasses and Hogwarts scarf. 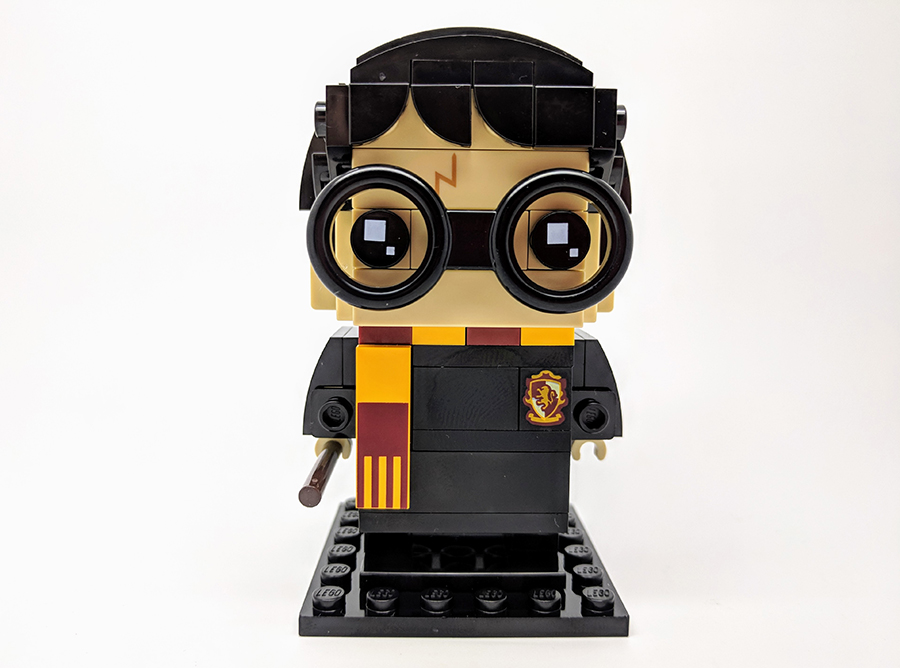 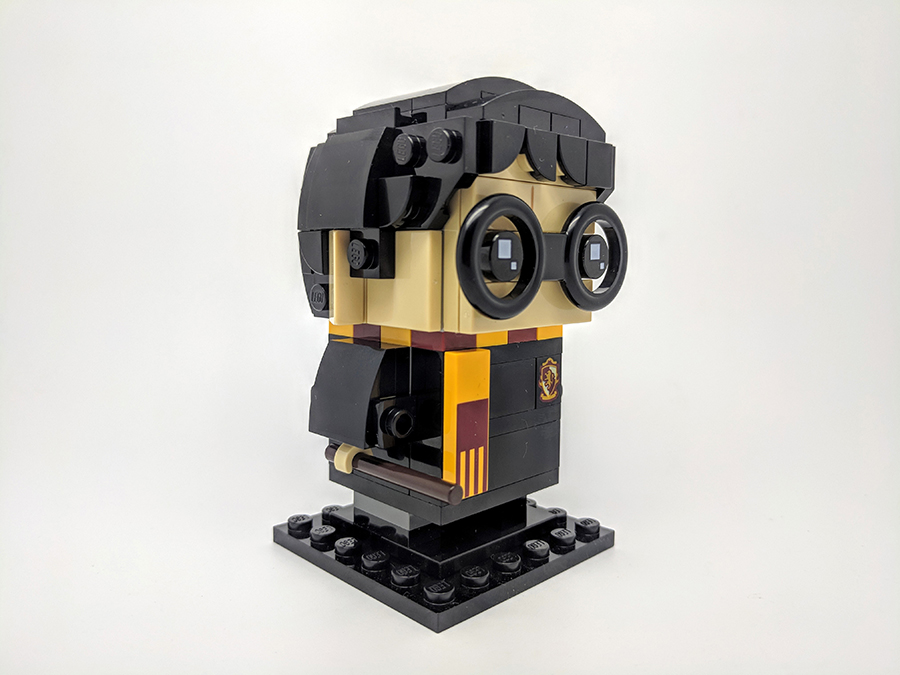 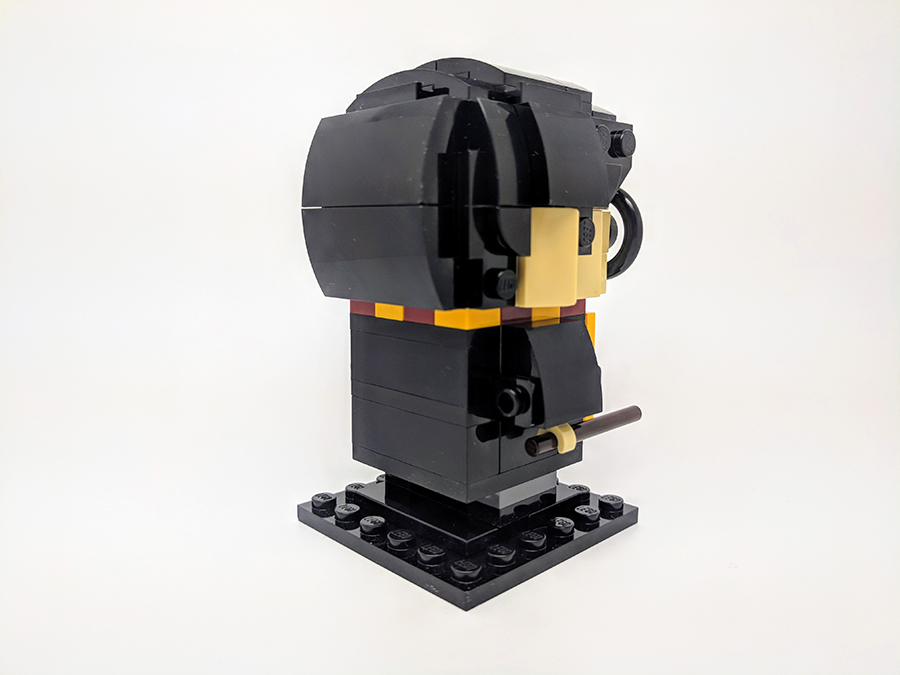 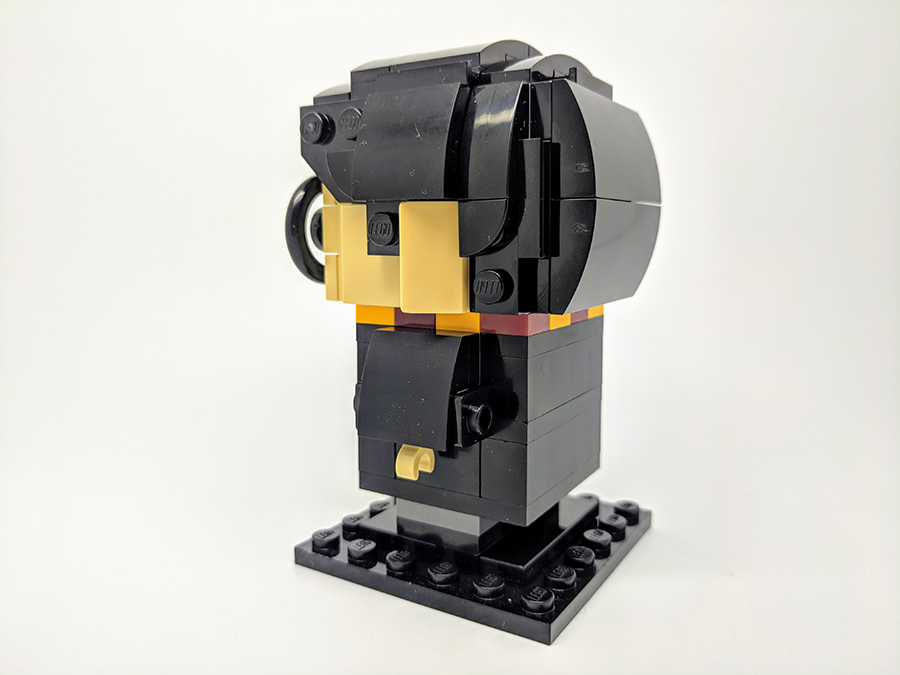 Hedwig may be smaller but he’s just a cool as the normal sized BrickHeadz. In fact these smaller BrickHeadz are a little cooler. They may not be as detailed as their larger counterparts, but the smaller scale works in favour of the character especially when combined with another character. The new yellow eyes work amazingly well for Hedwig and really gives her a cuter look. 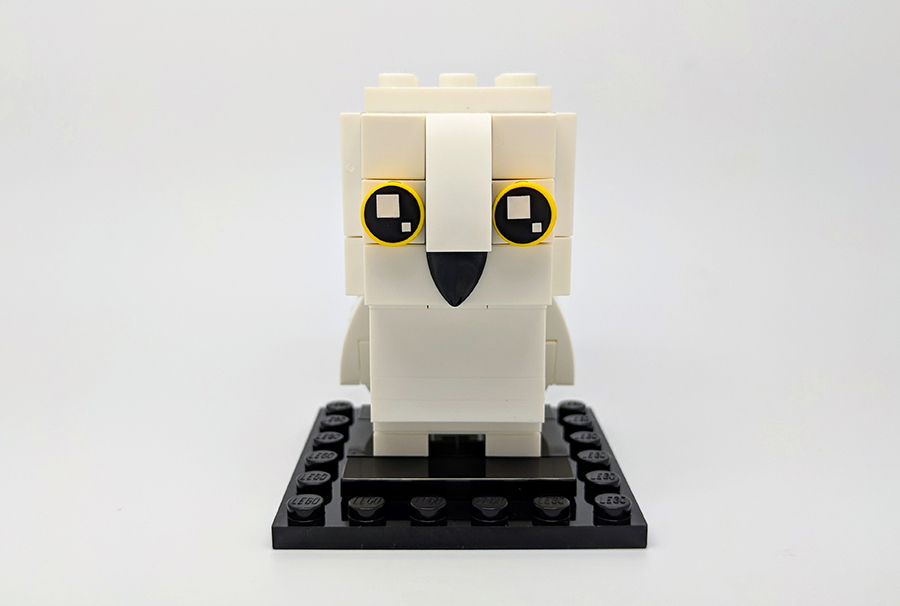 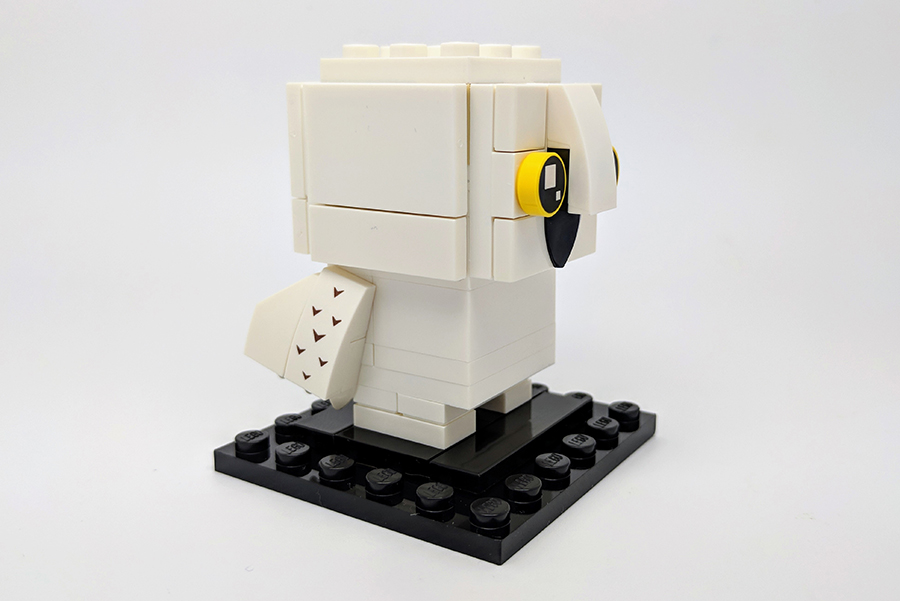 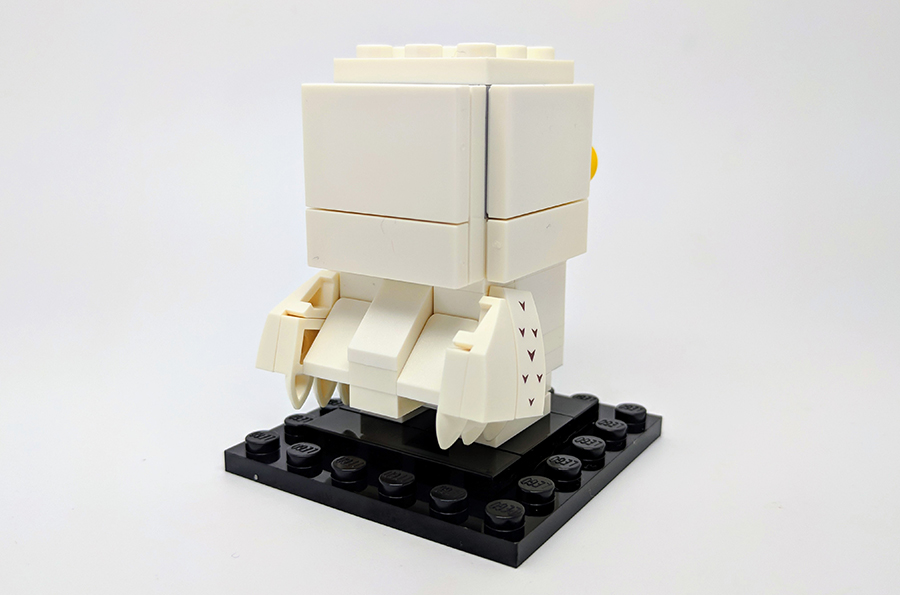 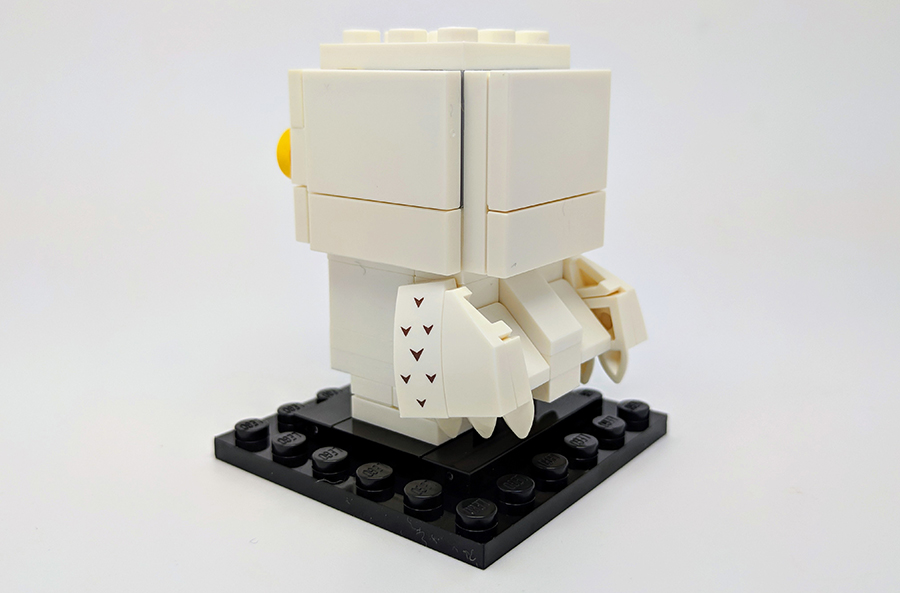 Another great BrickHeadz set and the introduction of the ‘Buddiez’ are a neat addition to the range. After speaking to the designer of range, they really toyed with the idea of introducing a new scale into the range. But I have to say it’s a great choice and the same sort of design standards are still there just in a slightly smaller scale. I love the printed pieces, especially those on Harry, which are subtle but make the character. Unlike Ron from the LEGO BrickHeadz Wizarding World double pack, Harry feels a little more detailed even though the build is quite similar. As soon as the Go Brick Me set was revealed, it was a given those spectacles would be used on Harry. I really do enjoy the BrickHeadz range, being able to combine so many different characters into the same sort of build is an impressive feat, especially when also scaled down slightly to create Hedwig. These will definitely appeal to Potter fans, which is a great thing about the BrickHeadz range, you can either collect them all or just your favourite characters. 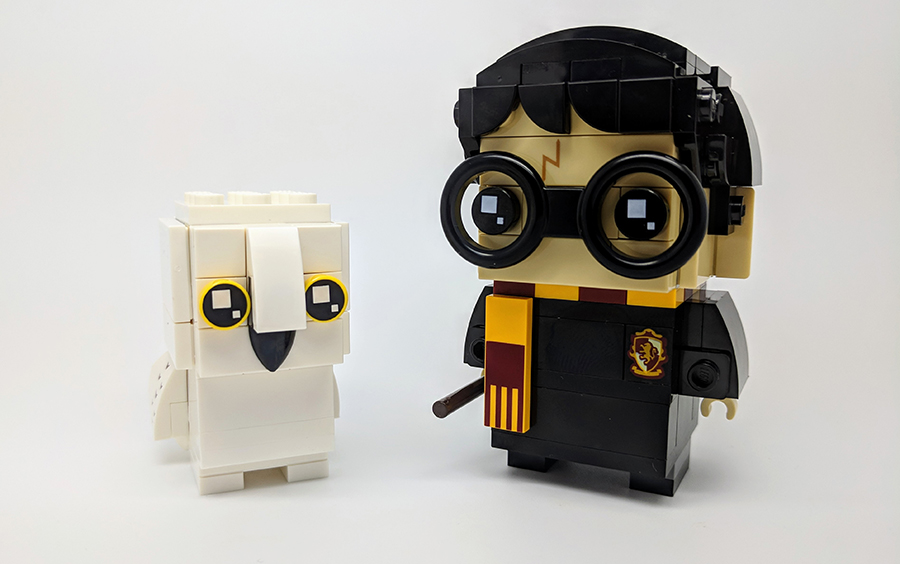