Considering how many characters there are in the Star Wars universe only a handful of them have become LEGO BrickHeadz characters. Although they aren’t released regularly, Star Wars BrickHeadz make up a pretty decent whack of the range. Most of the recent releases have focused on character double packs but the set I’m taking a look at today focused on a single character – The Tusken Raider. One of the first LEGO Star Wars sets being released in 2023. 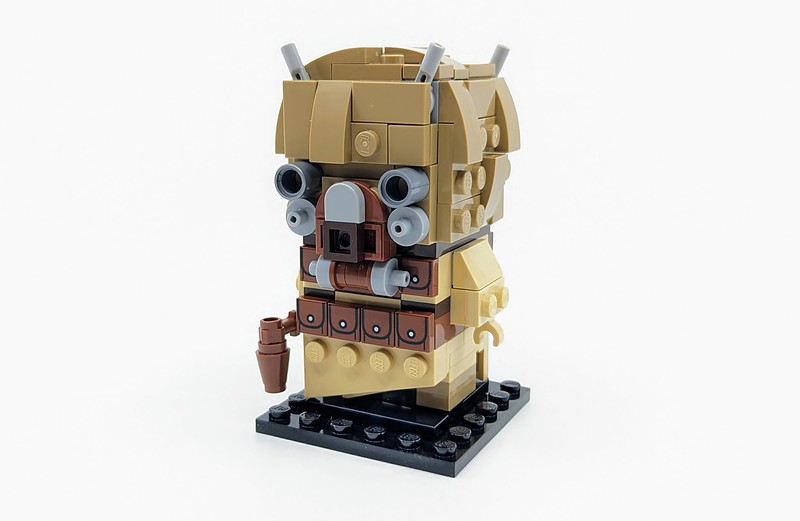 Star Wars™ fans can relive thrilling scenes on Tatooine as they build a LEGO® BrickHeadz™ Tusken Raider (40615) character. With authentic details such as the Star Wars: A New Hope outfit, plus a gaffi stick and blaster, it makes a cool anytime gift for fans aged 10 and up or any Star Wars collector. The brick-built character comes with a baseplate and will make a striking addition to any display of Star Wars construction toys. 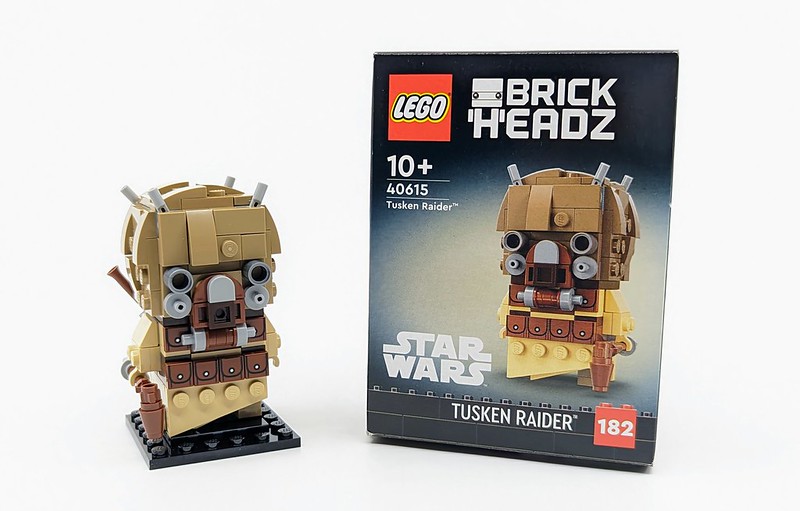 The appeal of LEGO BrickHeadz is the fact they follow a similar format and incorporate various iconic characters into that style of build. Because of the similar base appearance, their build experience is basically the same for every set and that’s not a critique of this set or any other BrickHeadz set. I personally love the theme and have almost every set (yeah I’m looking at you LEGO Movie 2 BrickHeadz). 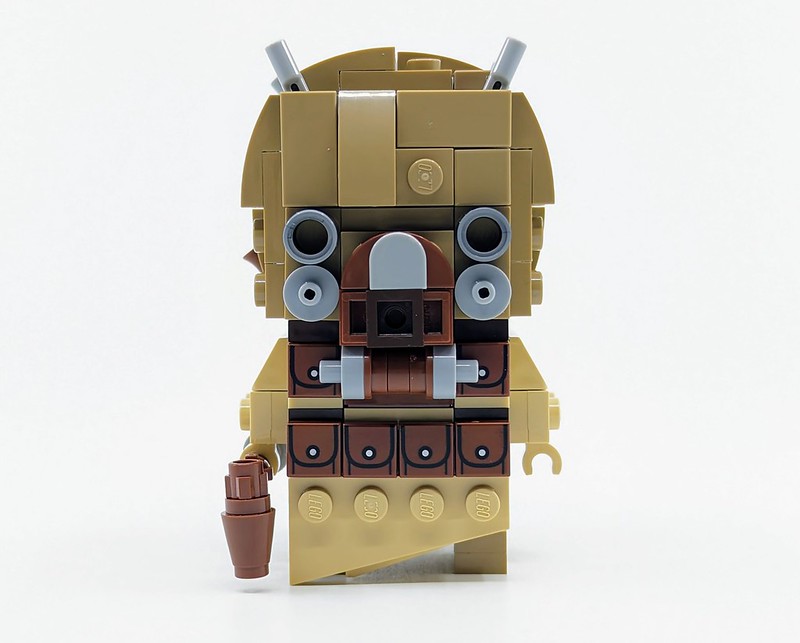 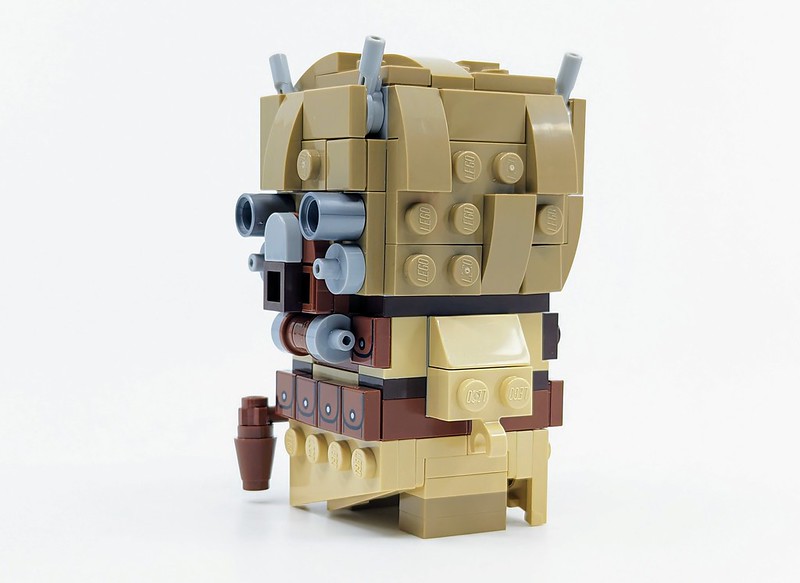 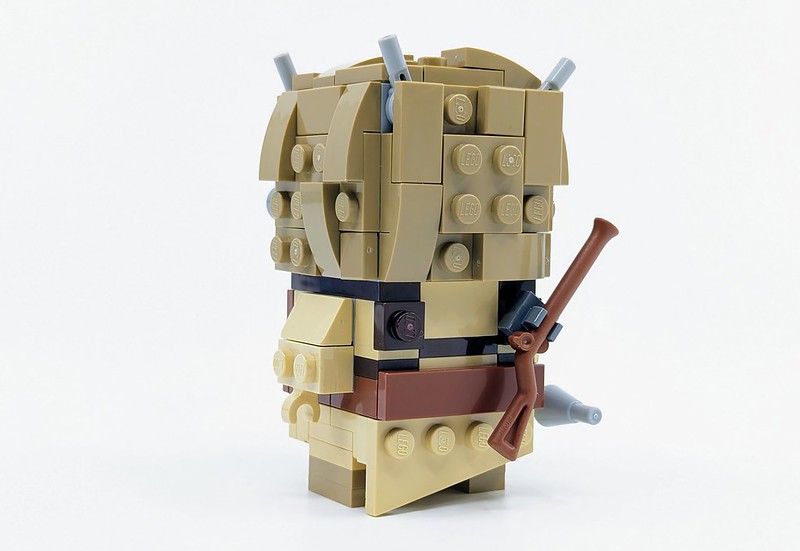 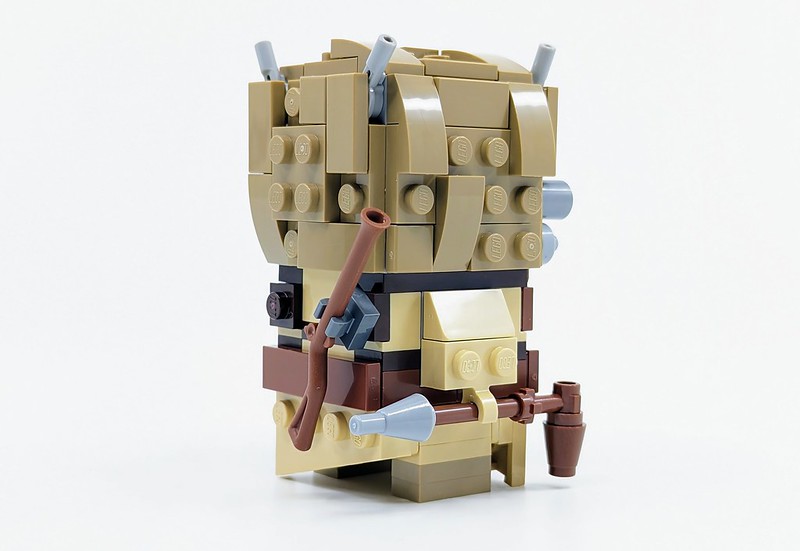 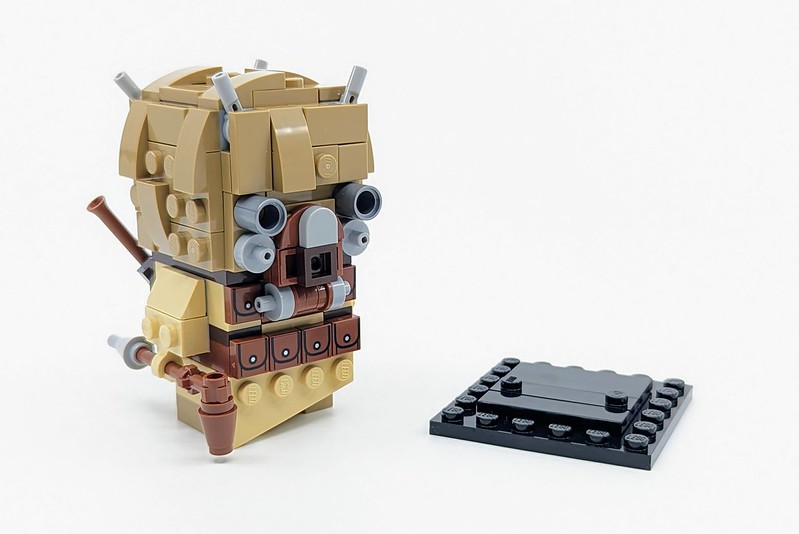 The Tusken Raiders may not be major characters but they appeared in the very first Star Wars film and more recently played an important role in the Disney+ series focused on Boba Fett. The unique masked appearance of a Tusken Raider has resulted in a slight departure from the normal style of a BrickHeadz character. For one, it doesn’t have the 1×1 tile eyes often found on BrickHeadz and that’s a good thing as it would have resulted in an awful-looking take on the character if the eyes have been used. Instead, a pair of 1×1 beams are used to craft the eyes. The difference in the face also means it’s built in sections in place of a plate which is then added to the core of the body. 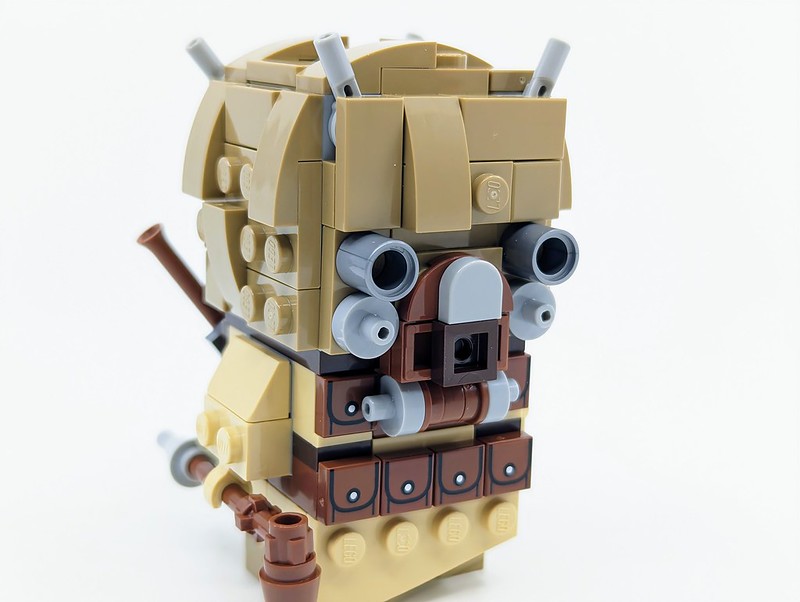 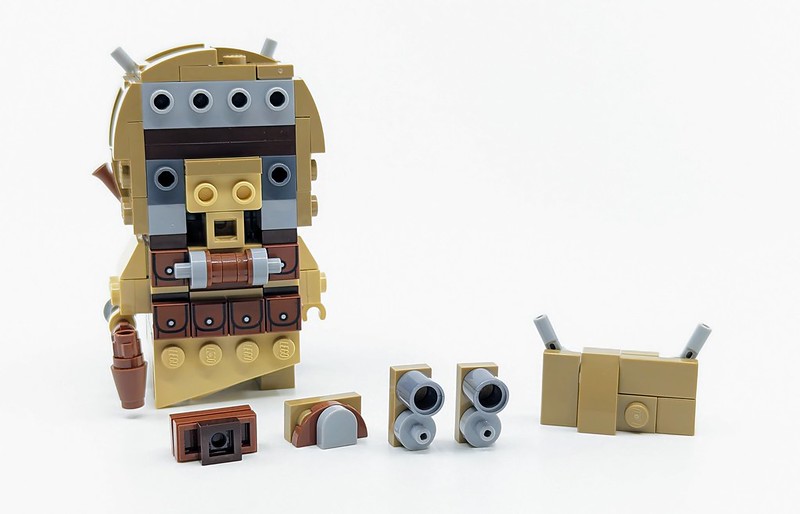 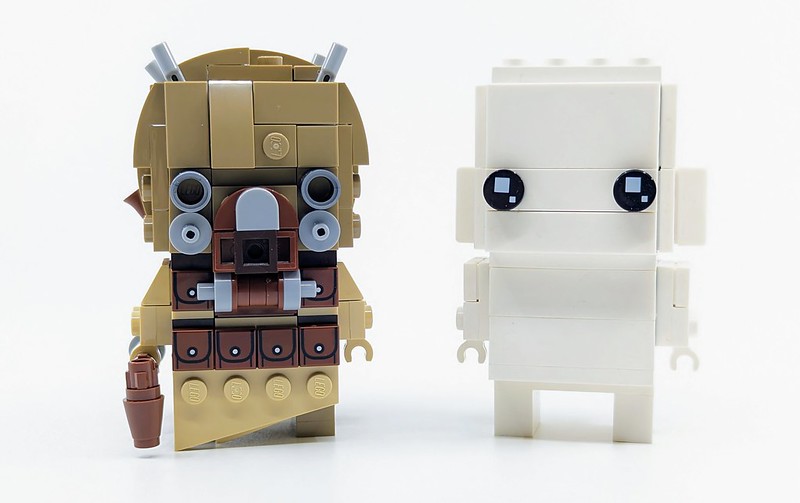 These slight changes to the BrickHeadz format result in a great-looking Tusken Raider. A build that not only looks like the character it’s inspired by but also manages to maintain the style employed by every other LEGO BrickHeadz set. It still looks like a BrickHeadz character but the changes are needed to make it look like a member of the Sandpeople. As with other BrickHeadz sets, it still features a hidden pink ‘brain’ brick and any graphical detail is achieved with printed pieces. For the Tusken Raider, that’s just its pocket pouches.