Since opening in 2017, LEGO® House has been the source of a number of exclusive LEGO sets. Until recently these sets have only been available from the LEGO store at the Billund attraction. With the LEGO Tree of Creativity set soon to be retired, a new set has been released today. The Wooden Duck is the first in a new limited edition series of sets, which will only be on sale at the LEGO House. The Wooden Duck was chosen as the first set in this new series due to its deep connection to LEGO history. In the early 1930s, LEGO produced wooden toys and one of the most popular was the Wooden Duck. It also inspired the company motto of ‘only the best is good enough’ after Godtfred Kirk gave a shipment of ducks only two coats of varnish to save a little money. The Wooden Duck is also dotted throughout LEGO House, but does this iconic item from LEGO past translate into an exciting LEGO set? Here’s my review of set 40501: The Wooden Duck. 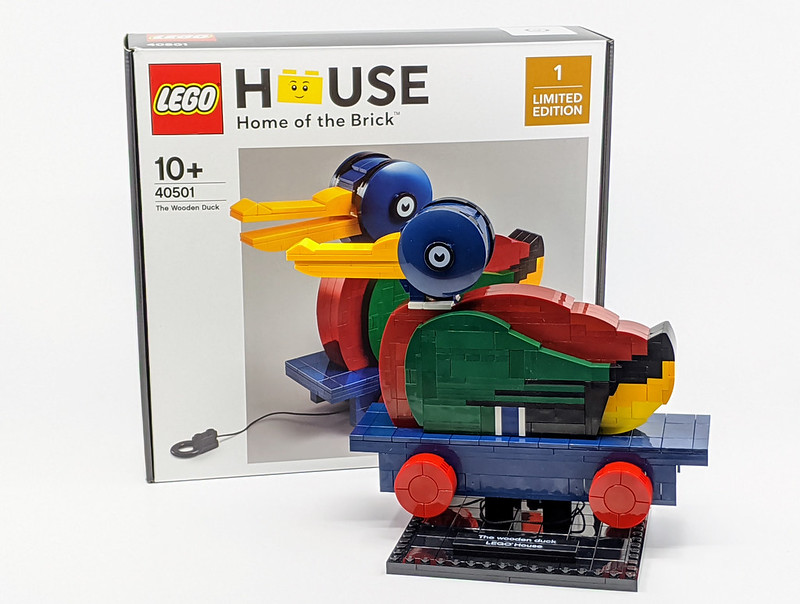 The packaging follows the same style as previous LEGO House exclusive, except the box is the higher quality fold top type, similar to what used for some LEGO Ideas sets. It also covers a little history of the Wooden Duck and features a little comparison of the original wooden toy and the set, you’ll get to build. The story of the set continues in the instructions, with a few facts about the it and some historic photos. I always enjoy it when LEGO sets include extra details like these as it adds to the overall experience of building the set. 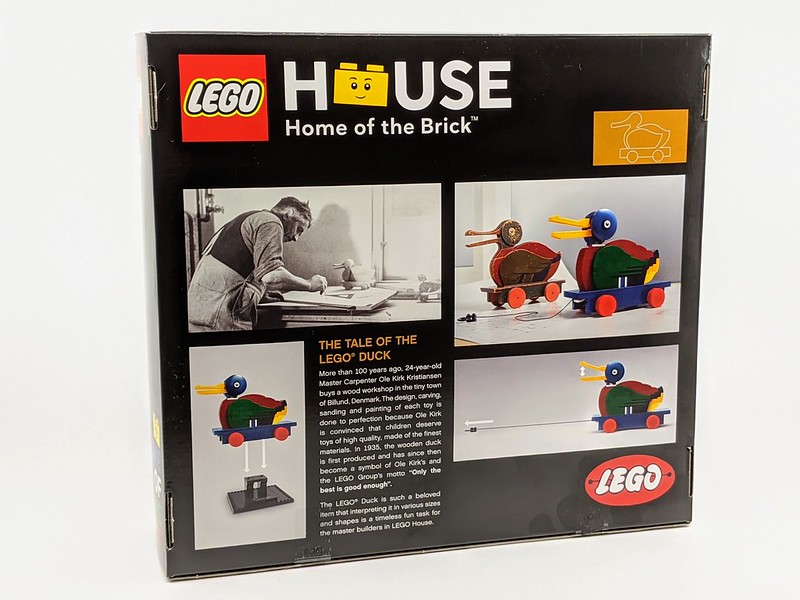 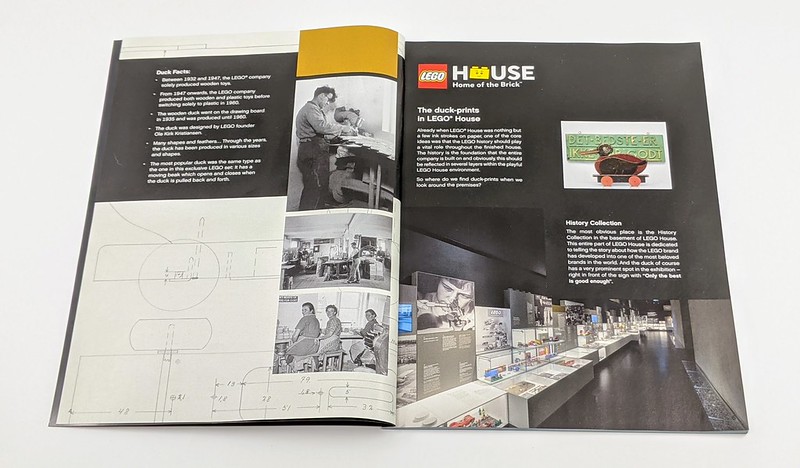 This isn’t the first time the Wooden Duck has been recreated as a LEGO set, back in 2011 it was the subject of the staff Christmas gift. But this version is completely new and even includes a feature the original wooden toy had. The toy could be pulled along and the beak would open and close, like a quacking duck. The LEGO version does the same thing thanks to a simple section of Technic elements. On the wheel axel are a couple of small Technic beams elements, as the duck is pulled along, these hit a couple of longer beams, which causes the mouth to open and shut. 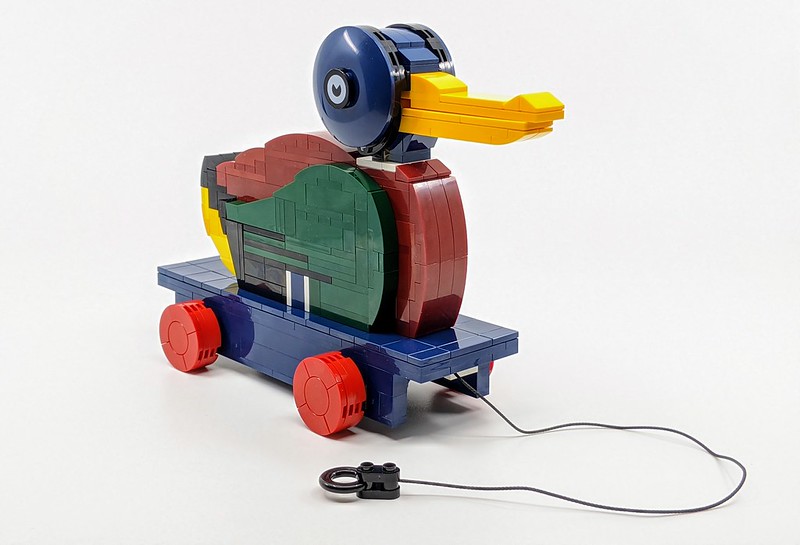 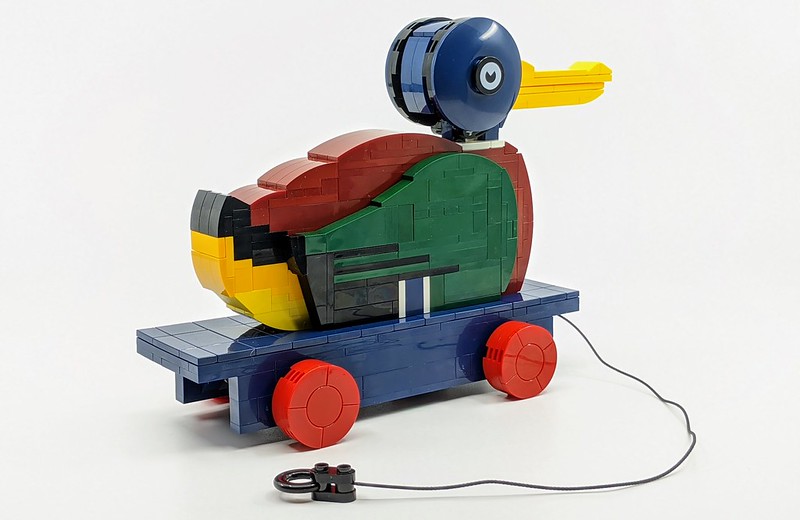 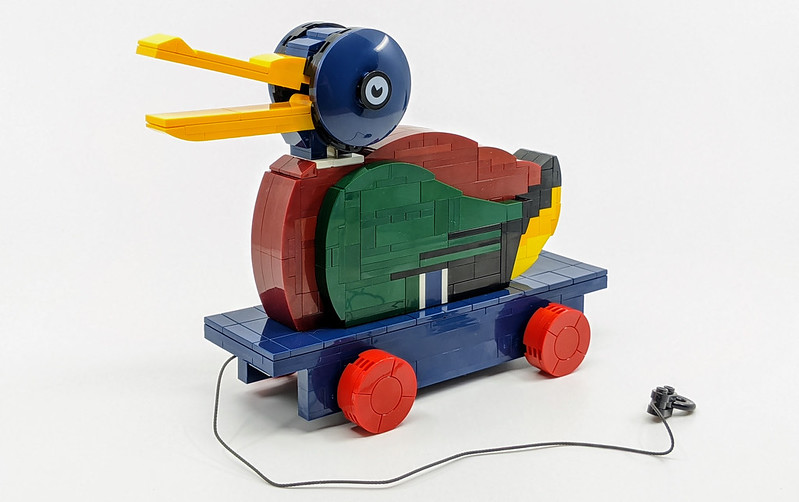 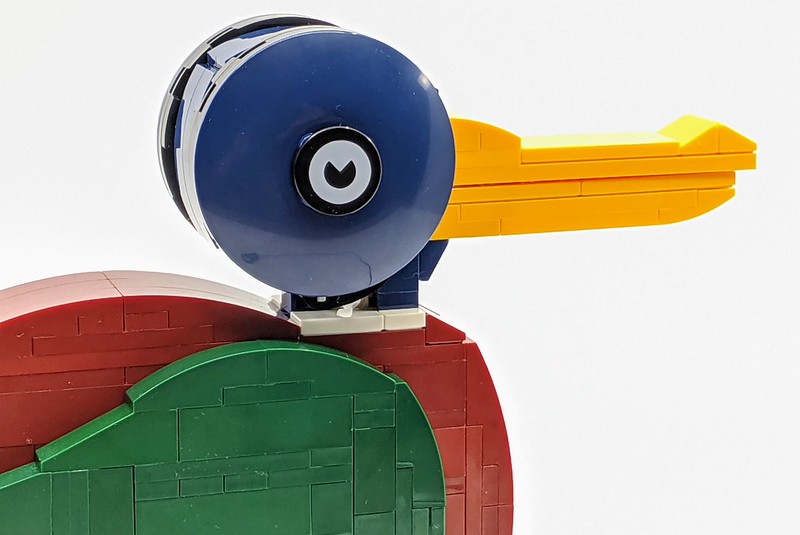 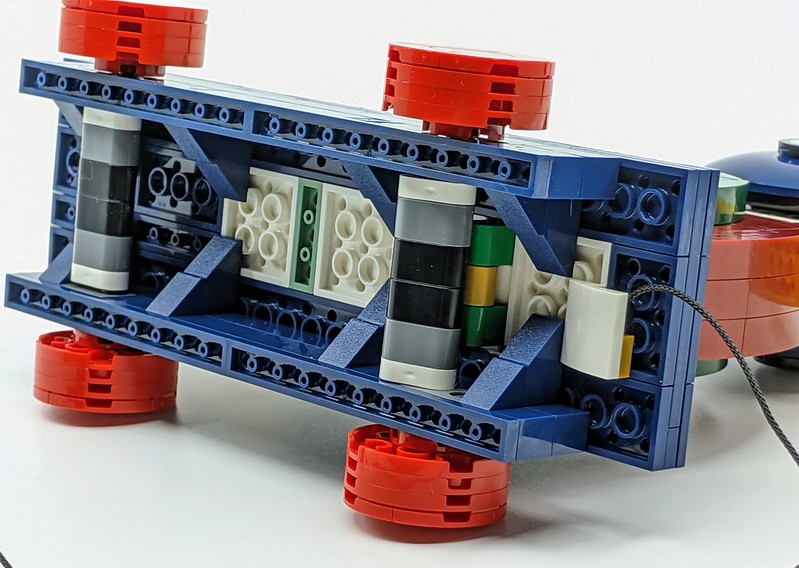 During the design process, various colour schemes were tested, but the final model follows the same group of colours as some of the original wooden toys. It was also favoured by the Kristiansen family. Although it’s not brightly coloured, I quite like the more muted palette. As well including the pull along and moving mouth play features, the set can also be turned into a display piece, thanks to the separately built display stand. The duck can be placed on the top of this to create a great looking display piece, which also features two printed plates. 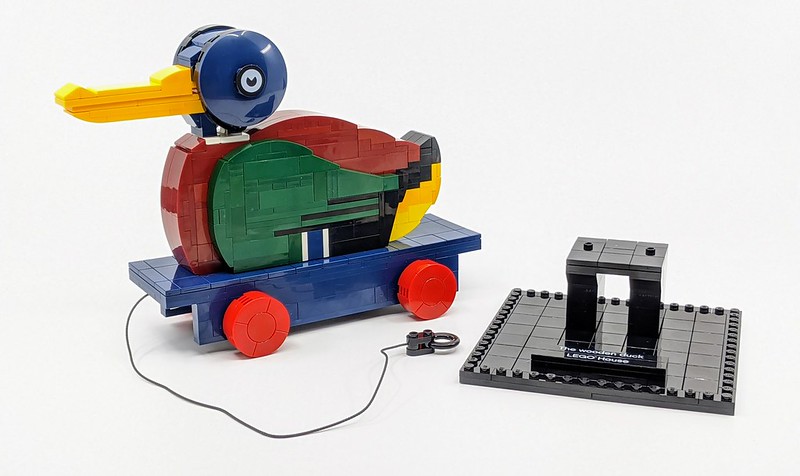 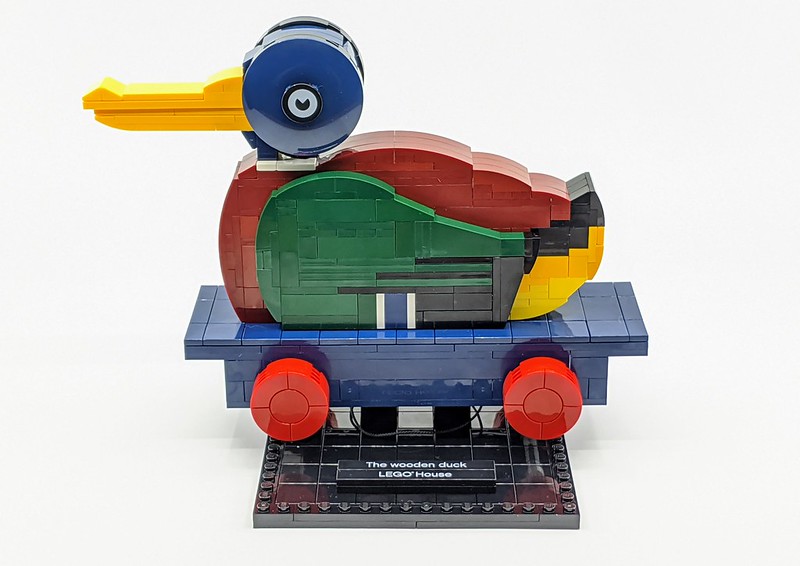 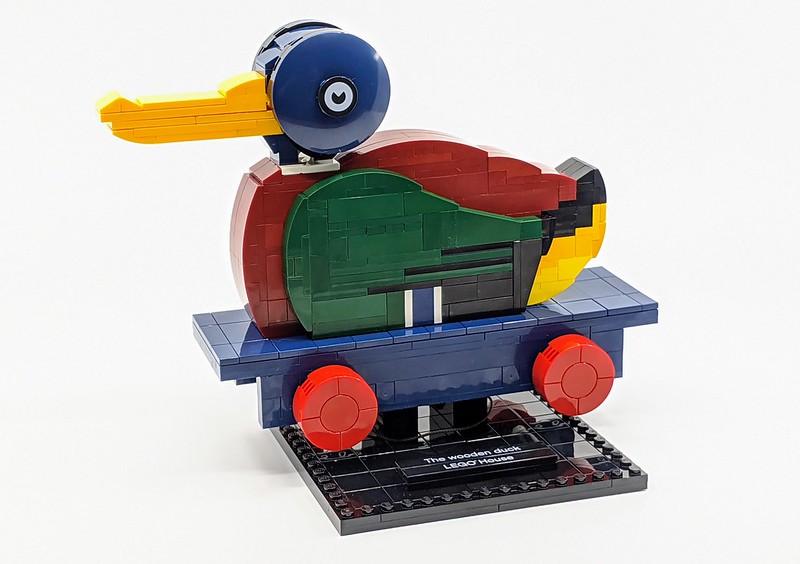 After the first three LEGO House sets, the choice of the Wooden Duck did seem a little odd, especially since it was been done before, even if it was only a staff set. But when you think about it, LEGO House is a showcase of the brand’s history both new and old. It heavily features numerous nods to the past and having a set which celebrates that makes sense. It may seem a little less connected to the attraction, compared to the other sets but it’s a really nice set. Fun to build, great play features and it also makes for an iconic display piece. The only downside is its availability, the set will not be made available online and can only be purchased directly from the LEGO House. Although you can’t purchase this LEGO House set online, you can still order the LEGO House Tree of Creativity and LEGO House Dinosaurs sets online, learn more here.

This set was provided to BricksFanz by LEGO House for purposes of review. The thoughts within this review are that of BricksFanz and do not reflect those of the LEGO Group. Providing the set for free does not guarantee a favourable opinion of the set. By clicking on affiliate links across this website, BricksFanz.com may earn a small commission. This in no way influences our opinions or shapes the content we cover.