With the LEGO® Creator Expert branding replaced with 18+ sub-collections, the standard Creator theme has also seen a small change. Although there are still Creator 3-in-1 sets, the Creator brand is being used for more generic sets. Similar to the mini LEGO London Bus, there are a couple of new sets based on regional transportation. One of which is the Tuk Tuk, these iconic modes of transport whizz around the streets of India, where they are the most common method of getting around. But what is the colourful Creator version like? Here’s my review of the LEGO Creator Tuk Tuk. 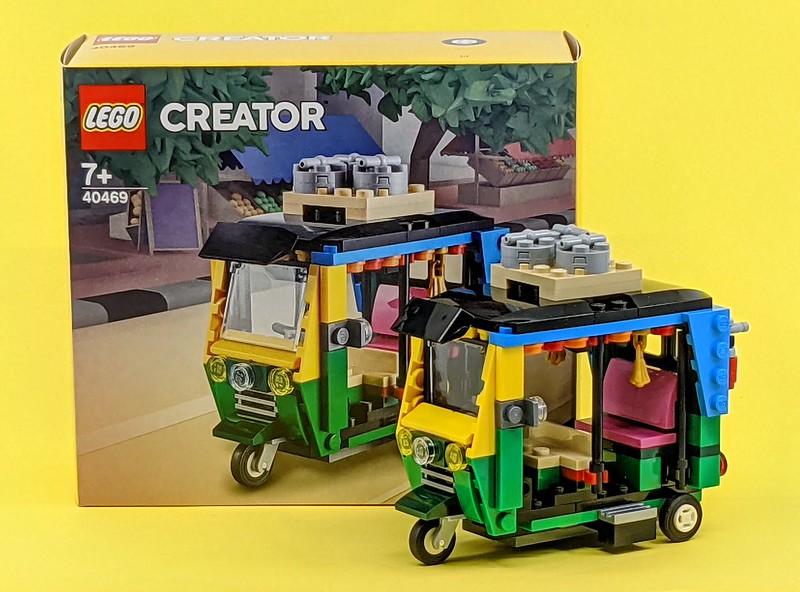 Have fun on the bustling streets of India with this detailed and brightly colored Tuk Tuk (40469) toy car. It features a host of realistic details including front and back seats, hanging decorations, a fire extinguisher and Indian-style lunchboxes in a pallet on the roof, so kids have all they need to create fantastic stories. A cool gift for kids aged 7 and up who enjoy playing out exciting scenes with car toys. 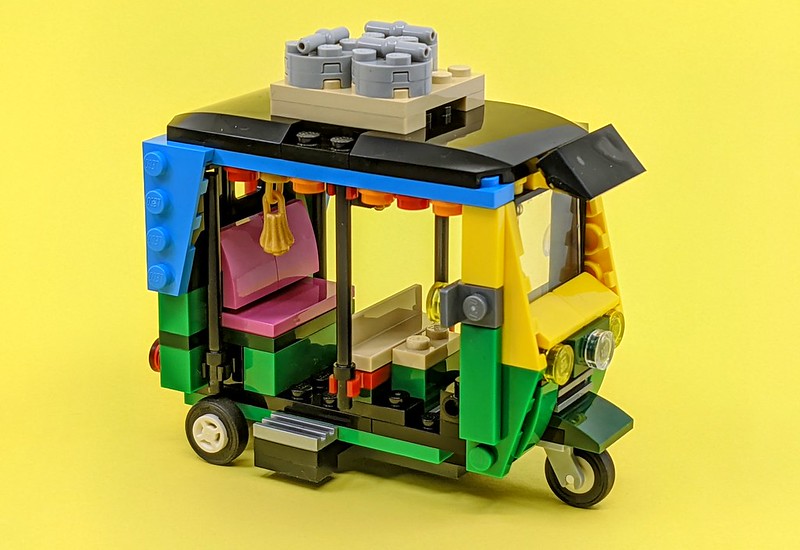 The Tuk Tuk is an odd little vehicle, there have been a couple of LEGO versions appear in a couple of sets, namely from Monkie Kid and The LEGO NINJAGO Movie themes. But this version is something different, for one it’s not Minifigure scale, it’s also a little more detailed than those featured as part of other sets. One thing I love about the set is its wild colour scheme. The blend of yellows, pinks, greens and blues, along with the orange and red studs lining the roof, results in an eye-catching build. 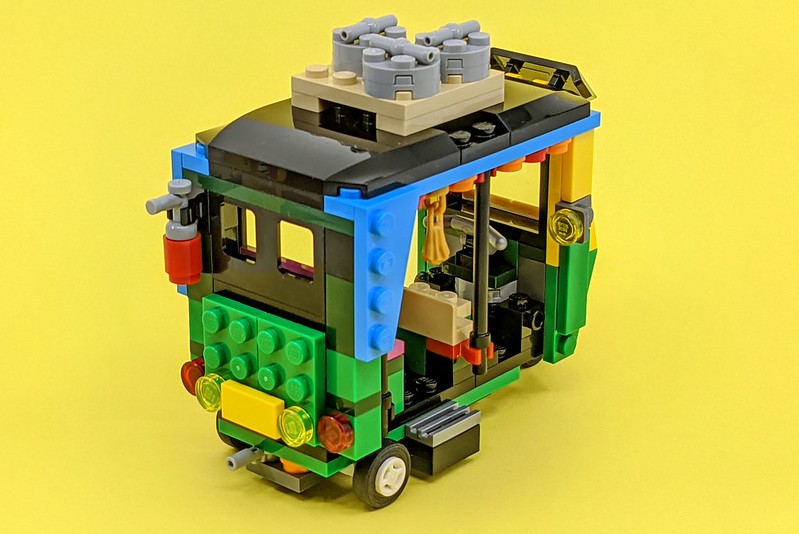 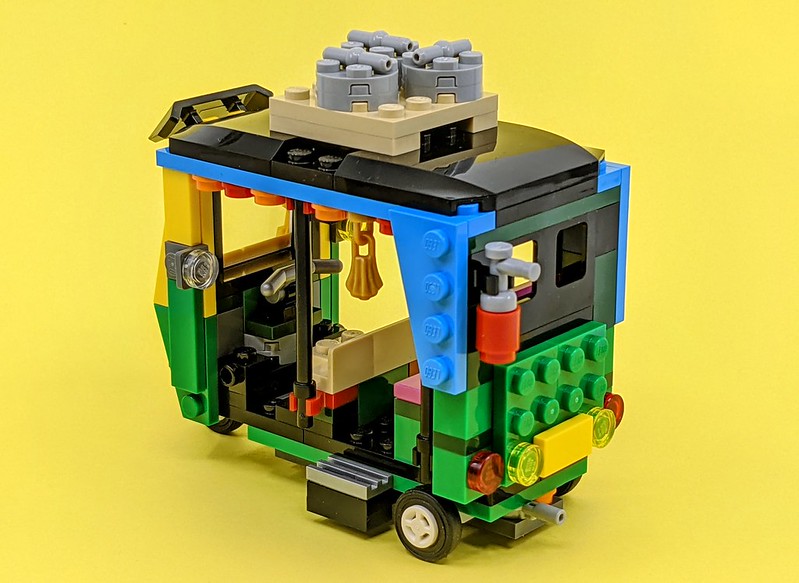 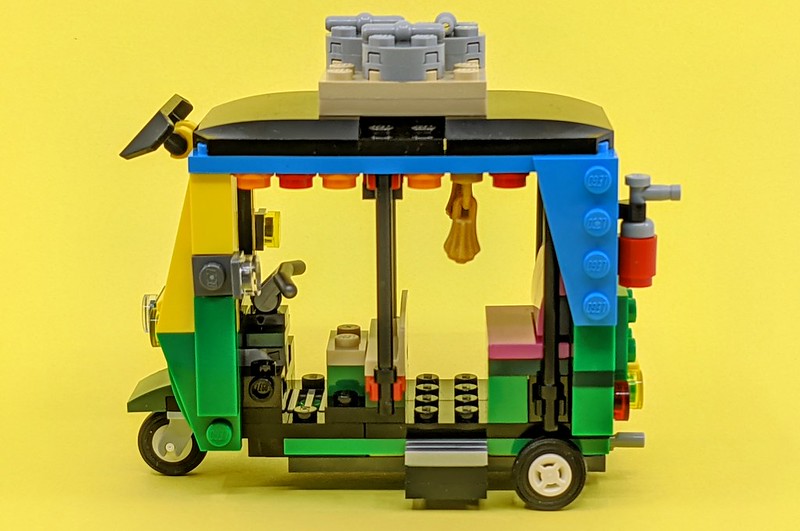 Admittedly, most of the Tuk Tuks you’ll find shooting around the streets of India, will not look as jazzy as this one. The fact the LEGO version features a fire extinguisher also seems to be a little farfetched if the way they are driven around is anything to go by. This unique looking vehicle is perfectly captured in LEGO form. Despite being a small set, it was a fun build and I really like the colours used. It’s clearly a great set for tourist locations, much like the mini London Bus being prevalent in the Leicester Square LEGO Store and Hamley’s. With India poised to be the next big toy market, this could signal the LEGO Group’s first push into a new region, similar to what’s happening in China. Regardless of this, I hope we see more little Creator sets similar to this. As they can fill the gap between the larger 18+ sets and multi buildable 3-in-1 sets. 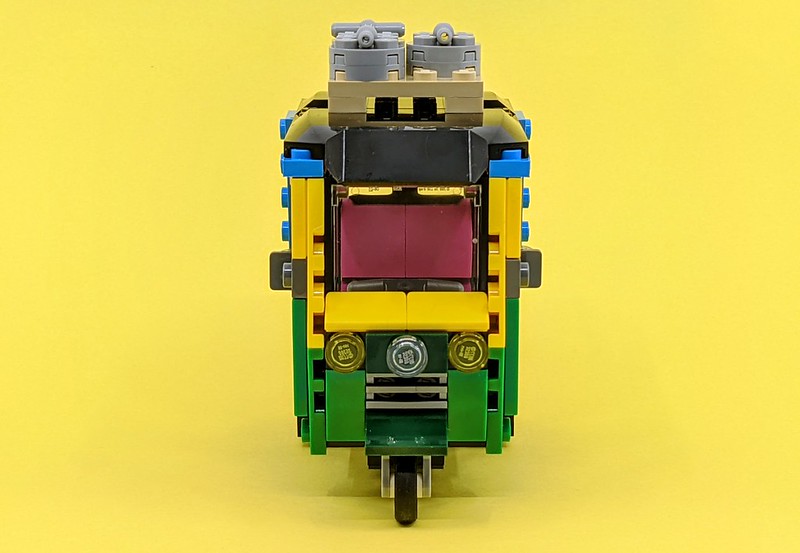 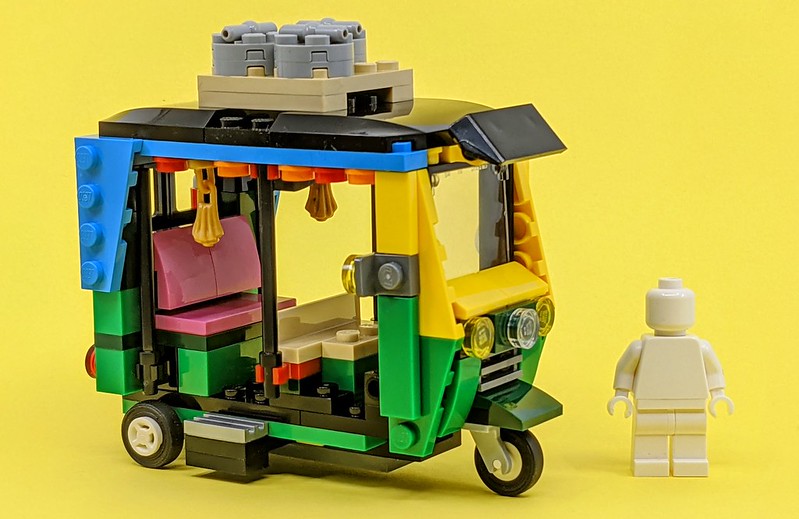