I’ve always been a fan of LEGO® BrickHeadz, these collectible little sets have recreated a number of famous characters into uniquely styled LEGO sets. For last few years they have also been the used as the special LEGO seasonal sets, which are based around various holidays and occasions. During 2019 BrickHeadz went a little quiet, with many assuming they would be retired come 2020. However BrickHeadz will continue into the new year, with another collection of seasonal builds and rumours of more licensed characters. One of the first new BrickHeadz set to arrive on January 1st, is the Lucky Cat and I’ve been sent one early to take a look at.

This adorable LEGO® BrickHeadz™ Lucky Cat (40436) is a great gift for kids at Chinese New Year. The model has long whiskers, a cute pink nose and incorporates a lever at the back that moves the cat’s paw up and down. Displayed on a sturdy baseplate, the Lucky Cat is a fun, lasting gift that delivers a message of good fortune all year round. 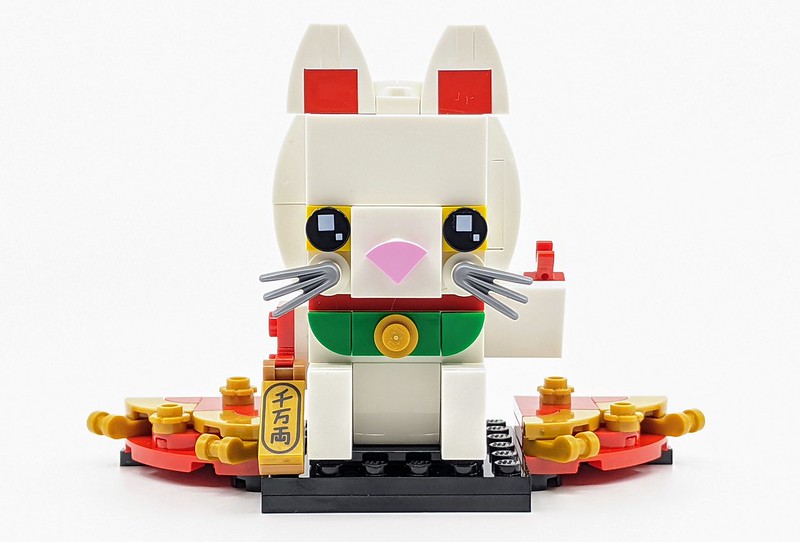 If you’re not familiar with the LEGO BrickHeadz, they are all based around a similar core design. A series of special 1x2x2 are combined with System bricks to create a stylised character. This is then adorned by various elements to create a series of different characters. With Chinese New Year arriving towards the end of January, the Lucky Cat is follows the similar build style, but also mixes thing up a little into order to incorporate that all important beckoning arm. Although this set is aimed towards the Chinese New Year celebration, it’s more commonly tied to the Japanese culture, where they are known as Maneki-neko. It is believed they bring good luck to their owners 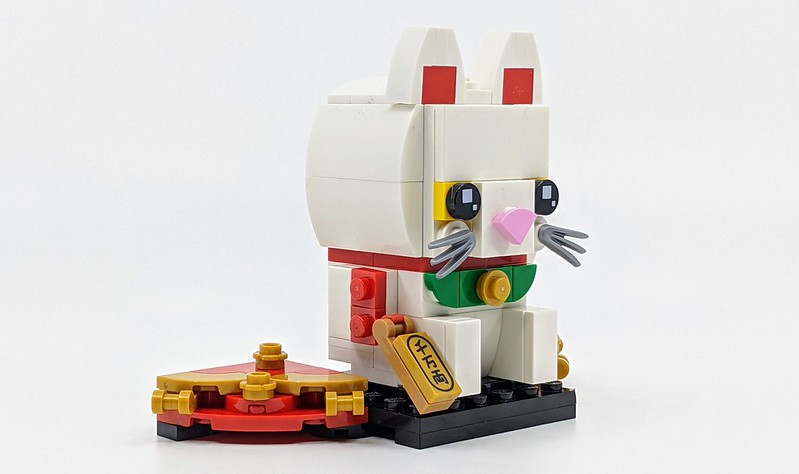 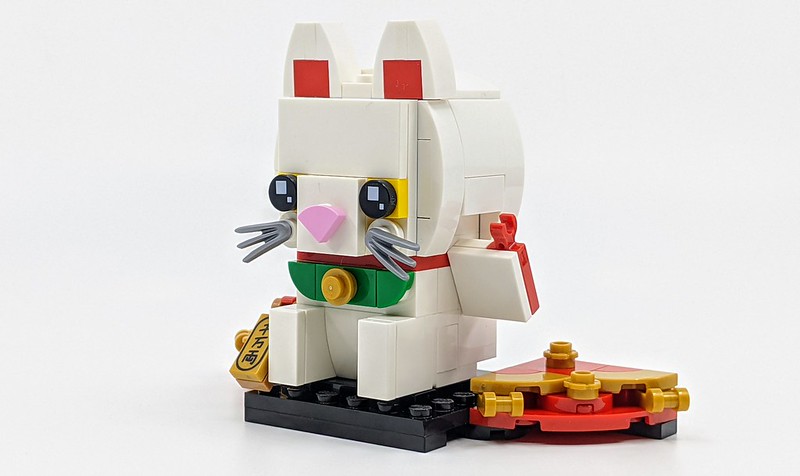 Although much of the build is similar to previous BrickHeadz, the Lucky Cat’s body is slightly different in order to get the waving arm in. It’s not an overly complex mechanism, but it’s nice to have such an important aspect of the traditional ornament included on the BrickHeadz version. I like the cat’s cute face, with Wolverine claws making rather sweet whiskers. 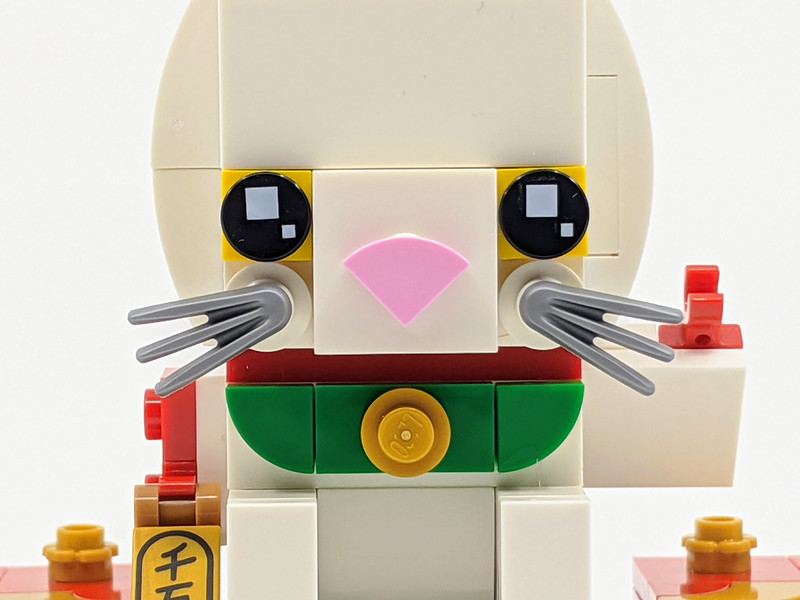 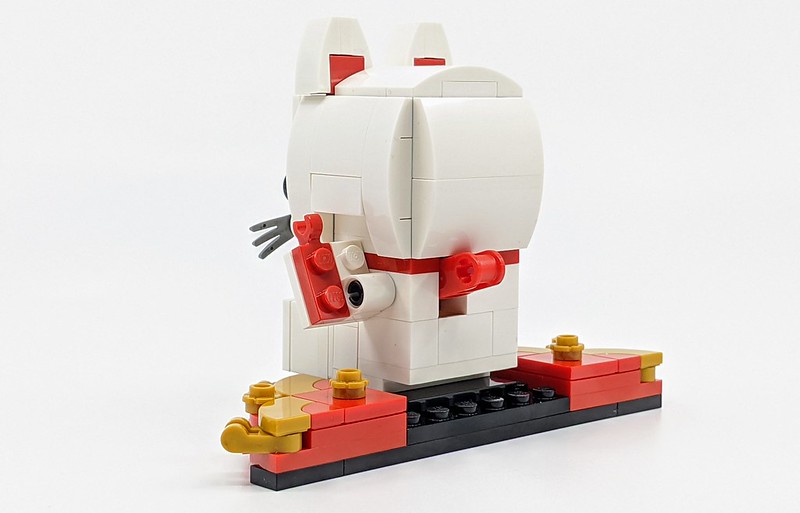 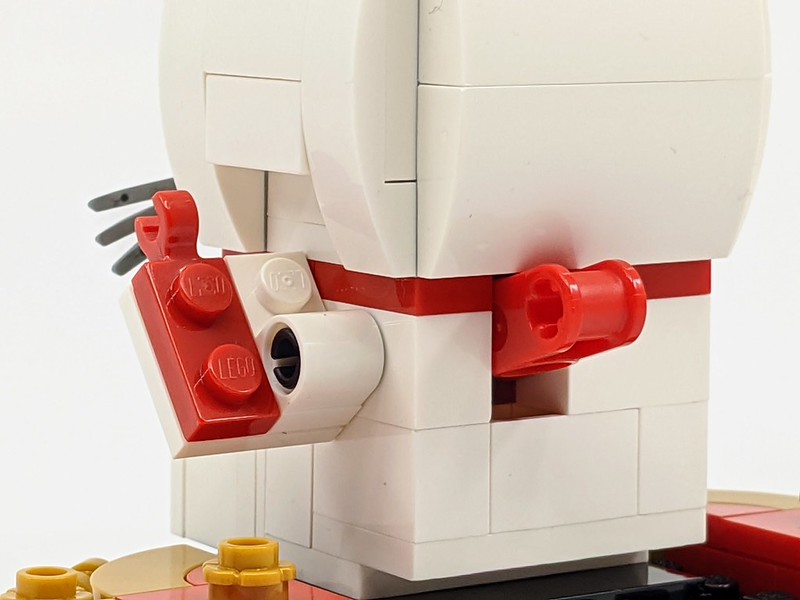 Unlike some of the other seasonal BrickHeadz, the Lucky Cat’s display plate is a little sparse. The only things it features is a few red and gold elements. The colours are often used to significant good fortunes in Asian culture. So although they are a little on the simple side, the go nicely with the BrickHeadz build.

As a fan of BrickHeadz I have all of them, apart from the Comic-con and store opening exclusives. Let’s not mention The LEGO Movie 2 ones, their release still annoys me even now. As a fan, it’s nice to see them continue into 2020, what’s even more impressive is LEGO are still finding things to used for seasonal releases. Although they have only just started to focus on Chinese New Year, obviously to cater for their growing Chinese market, the Lucky Cat is a fun little set and a nice addition to the ever growing range. 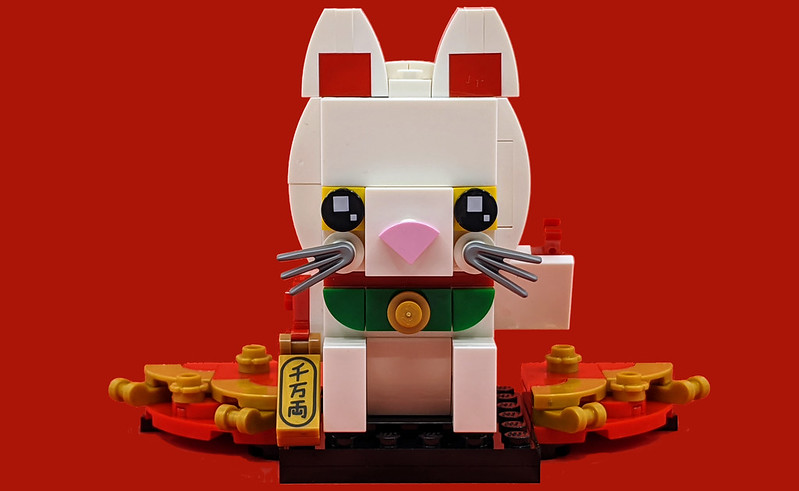