Beginning July 1st an interesting new LEGO® set will be given away with selected purchases. The Creative Fun 12-in-1 set allows you to build a selection of different minibuilds from a range of elements. They can’t all be built at the same time, so you’ll need to rebuild them depending on which of the 12 minibuilds you’ll like to build. It’s similar to the Christmas Build-up set released back in 2017. Although the promotion doesn’t start until next month, I’ve had the opportunity to build one ahead of its release. So here’s my review of the Creative Fun 12-in-1 gift with purchase set. 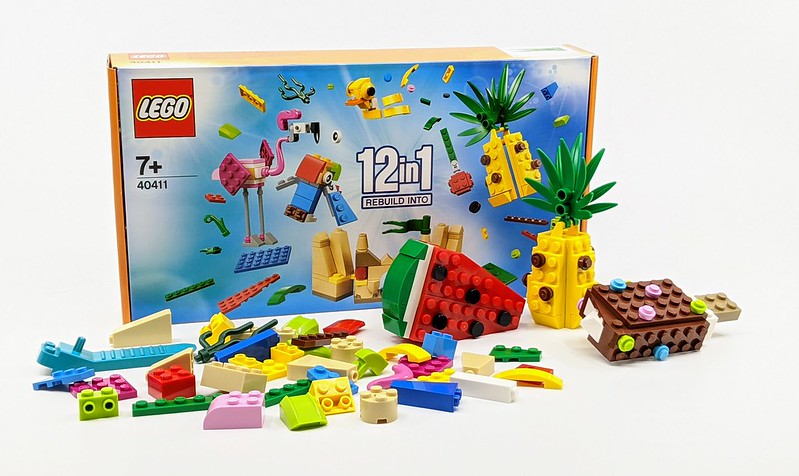 Inside the box, you’ll be greeted with a selection of different LEGO elements and a surprisingly thick little instructions booklet. This has instructions for 12 different minibuilds, which have a summer vibe to them. Most of the elements are fairly common but there are a few elements which haven’t appeared in many other sets in particular colours. Most of the bright purple pieces are fairly rare, with the Unikitty tail only appearing in the set. The essence of the set is to rebuild, so you can’t build all the models at the same time, as certain elements are needed to create each minibuild. I’m sure someone will work out how many of the 12 builds can be built at the same time. 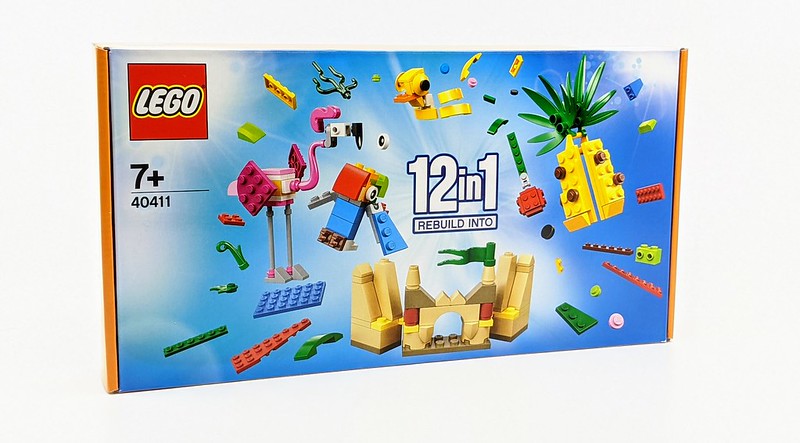 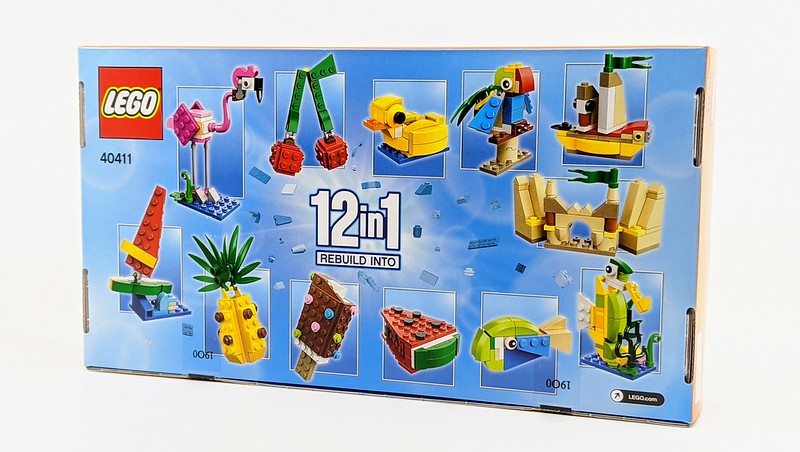 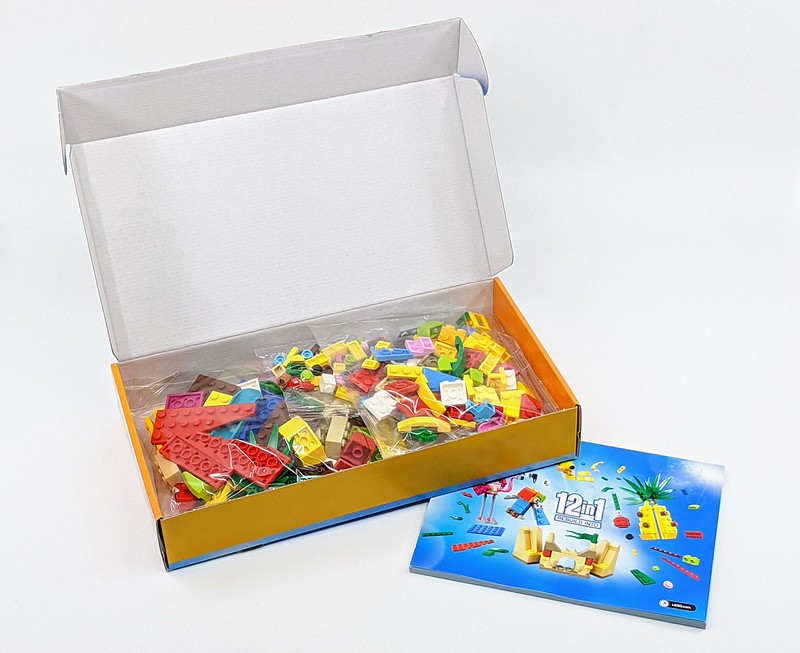 The set allows you to build 12 different minibuilds, these include a mixture of Summer related models. So you’ll get to build things like fish, birds, sandcastles, boats and tasty treats. Here are all 12 of the builds you can create with the elements included in the Creative Fun set. 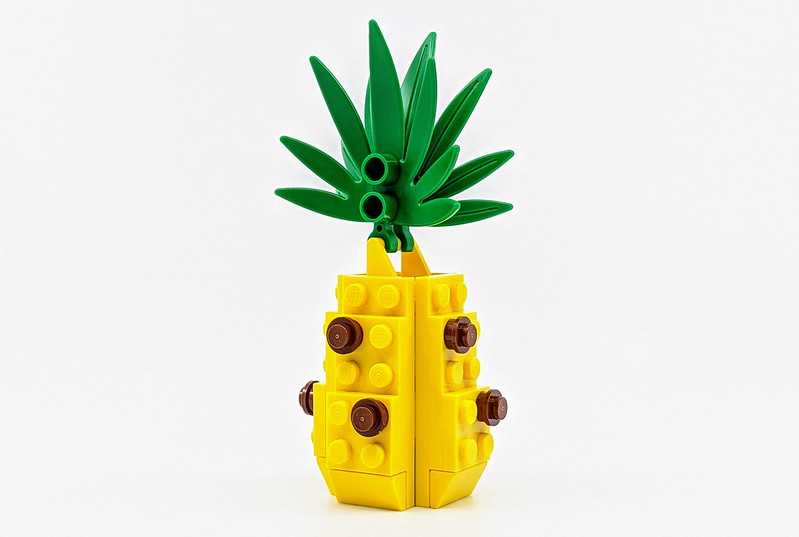 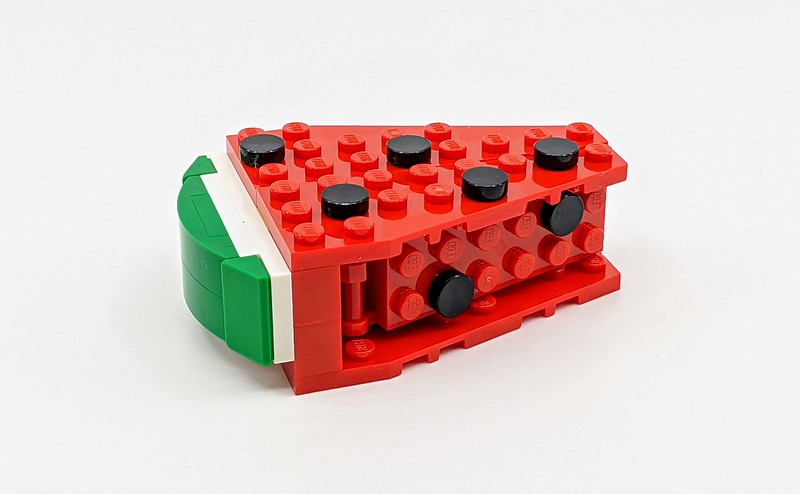 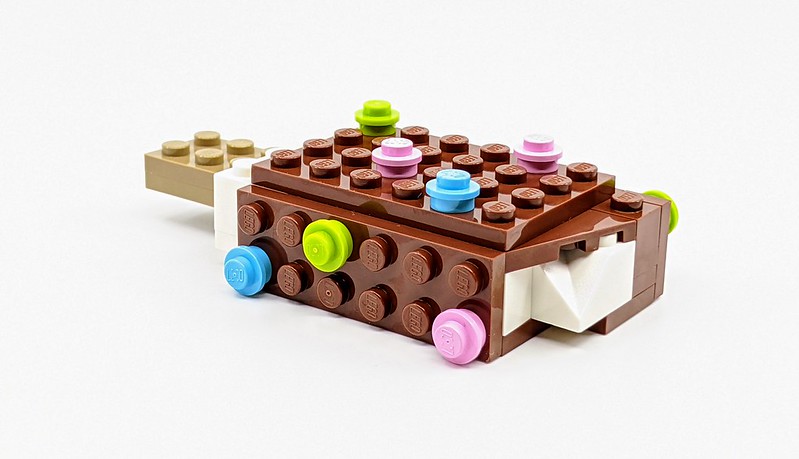 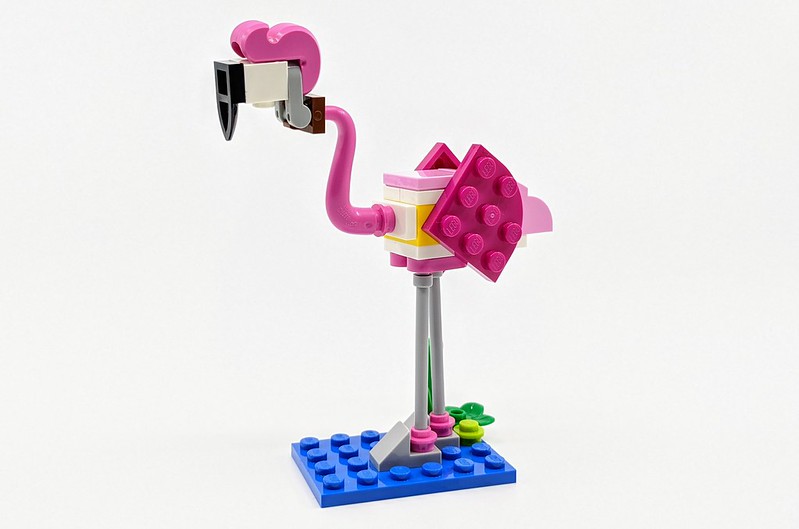 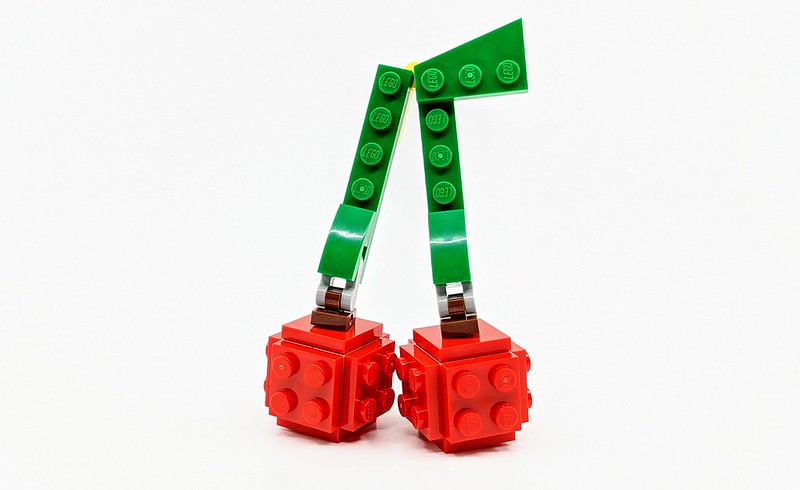 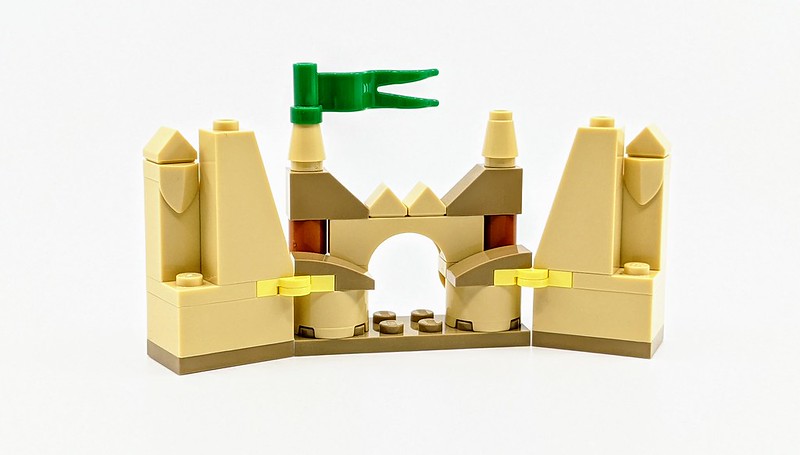 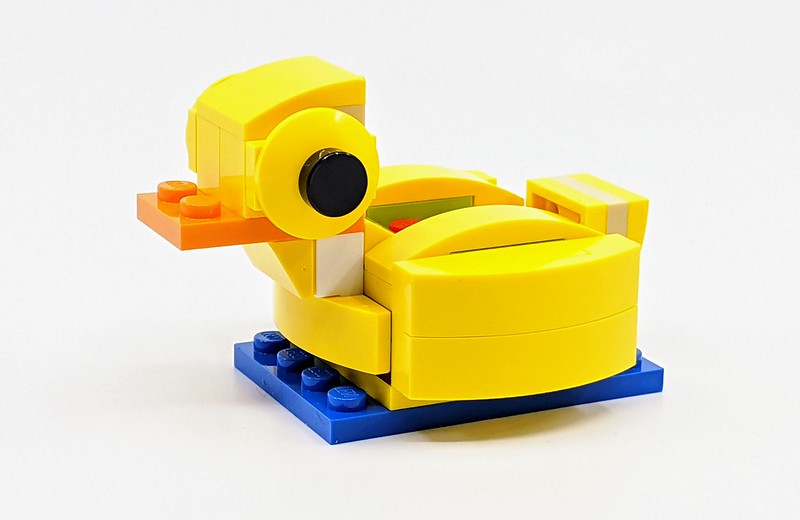 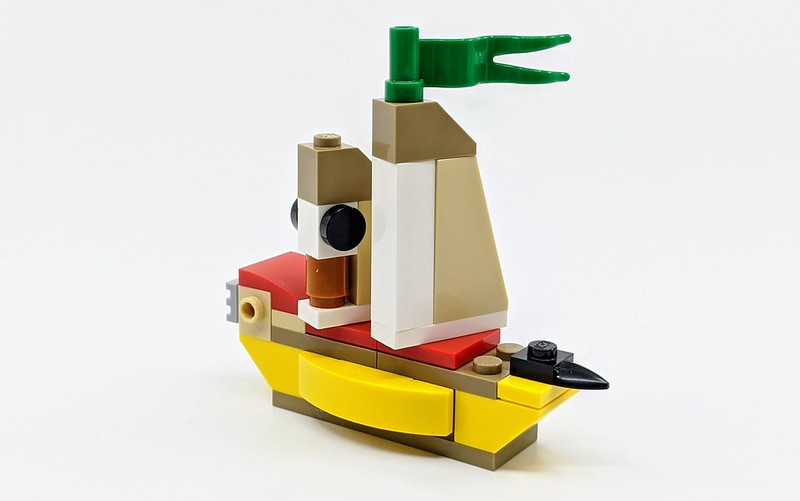 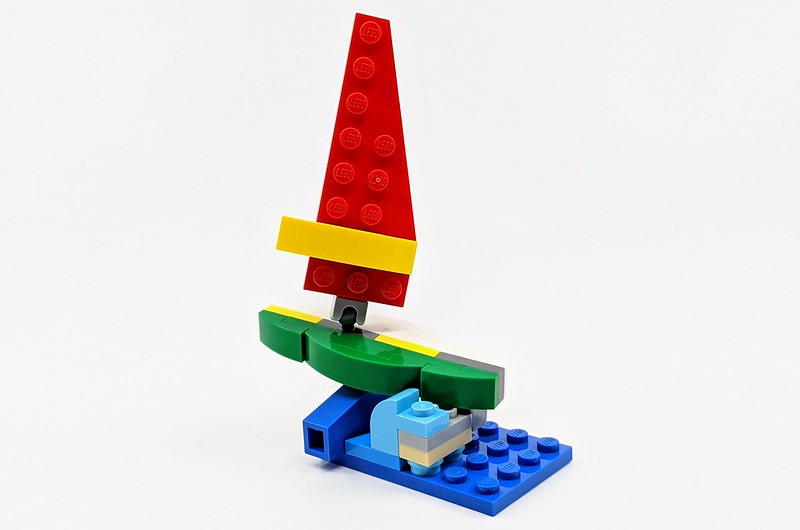 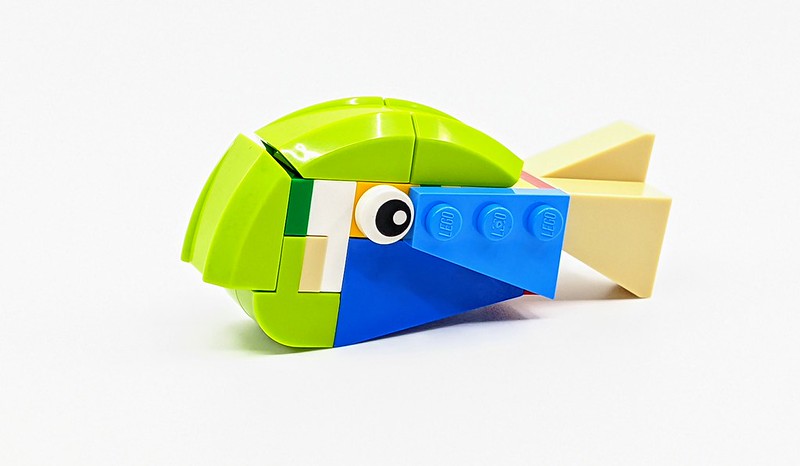 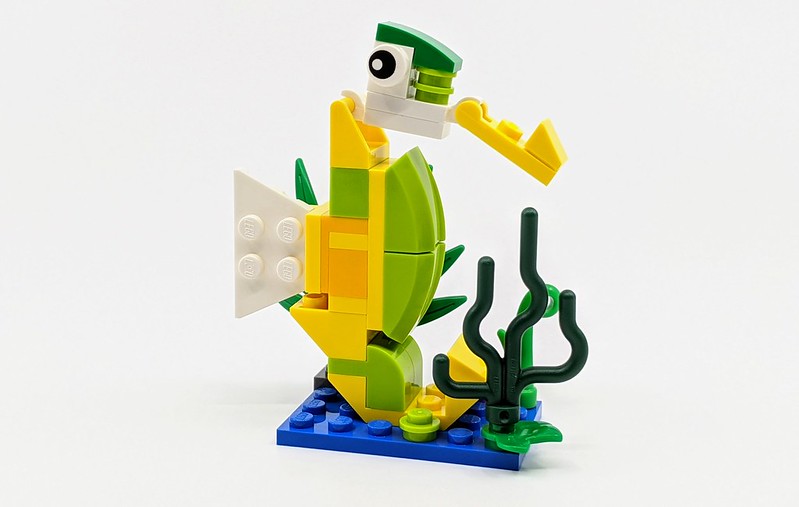 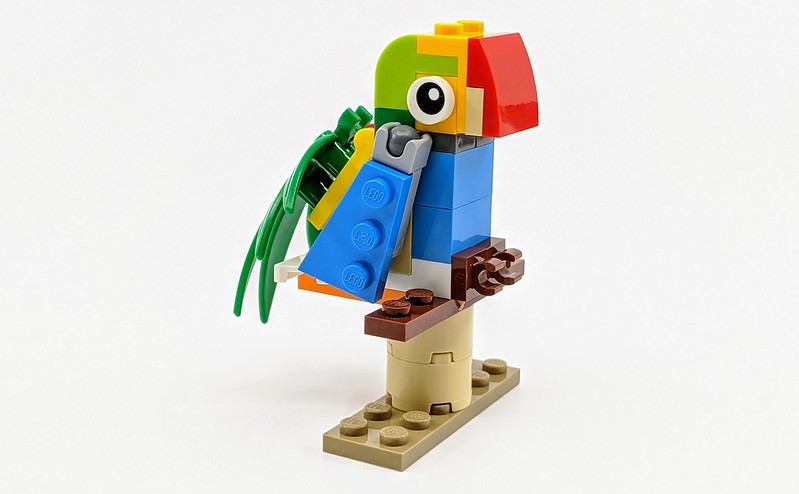 Although these sort of sets may not seem as exciting as some of the other promotional sets, especially some of the recent ones. But being able to create one of a number of minibuilds from a varied range of elements can be rather fun. Especially trying to decipher how many of the builds you can create at the same time. One thing I don’t get is why the set isn’t branded as part of the Rebuild The World campaign. If nothing else the set offers a decent set of elements. The spend limit is a little steep, especially if there is nothing you fancy at the moment. However, if you happen to be treating yourself to some LEGO sets next month, then this is a nice little bonus. 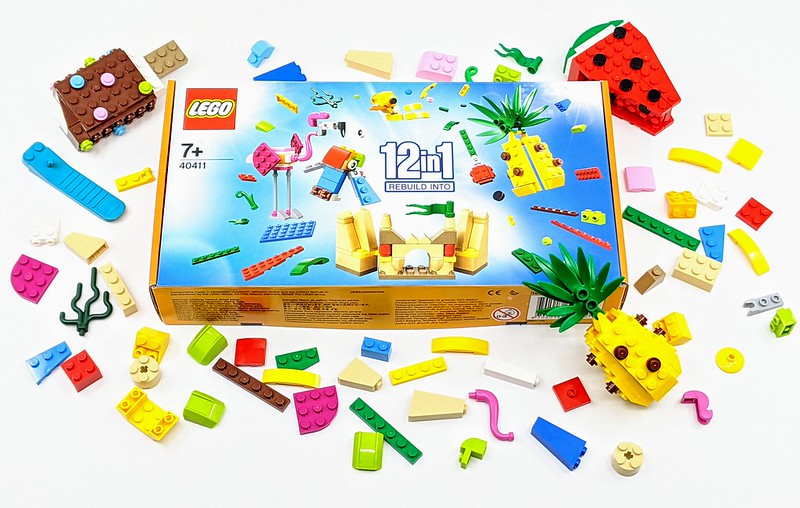