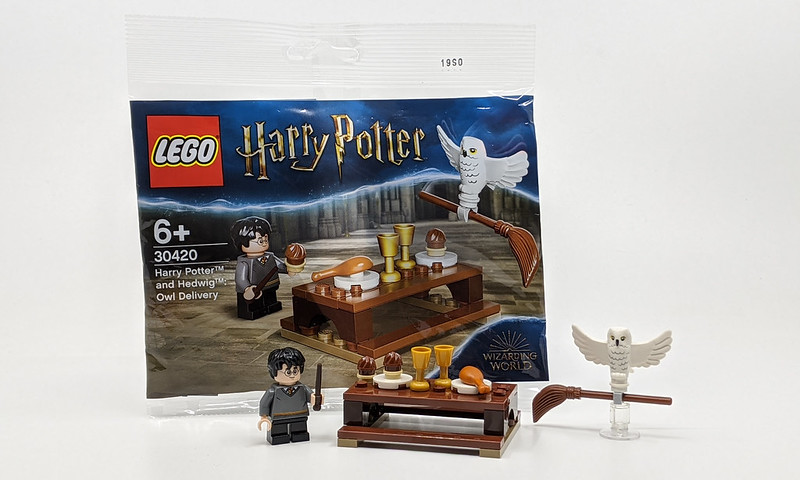 As with many polybag sets, they offer a smaller, diluted taster of the wider theme they are part of. This one features a Minifigure, animal figure, a handful of accessories and a small build. It’s based on the moment, a young Harry Potter receives a Nimbus 2000 broomstick from the Philosopher’s Stone. As Harry sits in the Hogwarts Great Hall, Hedwig swoops down with a  familiar shaped package. 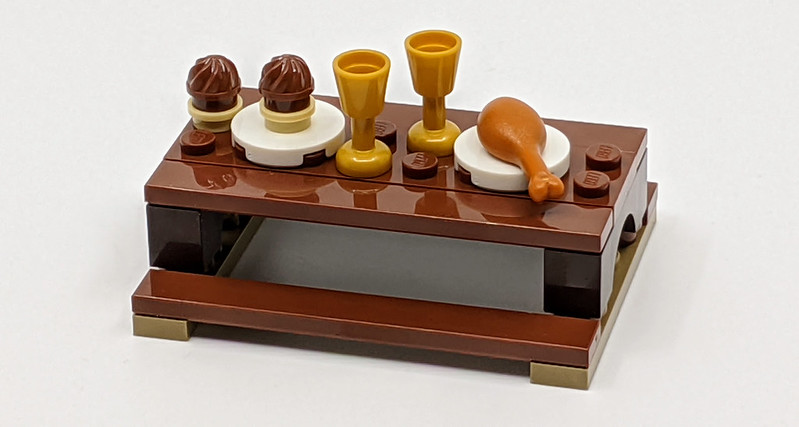 The polybag doesn’t feature much in terms of building. There is a section of the long wooden tables, which tail across the Great Hall. This is dabbled with a few relevant accessories including a pair of drinking goblets, tasty cakes and turkey let. It’s a similar design to the same tables featured in set 75954, but uses different coloured elements. But the biggest draw of the polybag is the characters it includes. 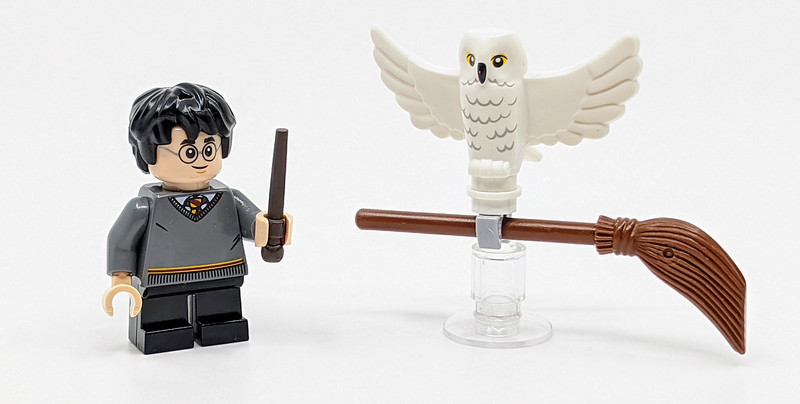 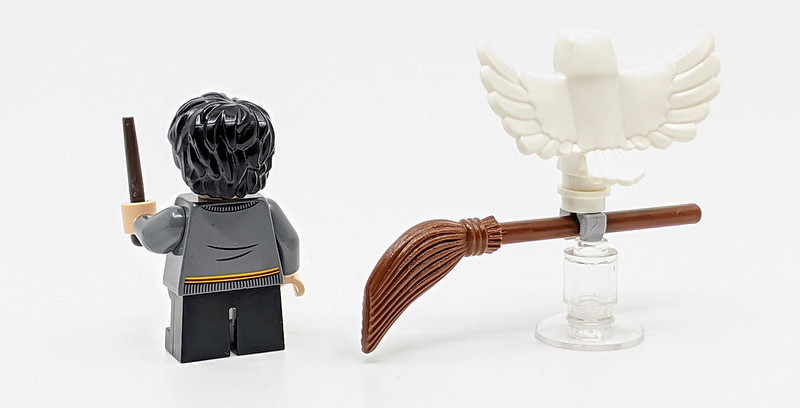 You get a young version of Harry, which is signified by the use of the original short legs. It’s the same Minifigure has found in the other Harry Potter polybag. But at least it makes sense for Harry to be wearing the Hogwarts uniform this time. Hedwig also features again, this time she spreads her wings, literally. The 2020 version of Harry’s owl friend now features her in a ‘wings out’ pose. So although not rare, depending on how this set with be distributed, it’s the smallest and possibly cheapest way to get this version of the owl. 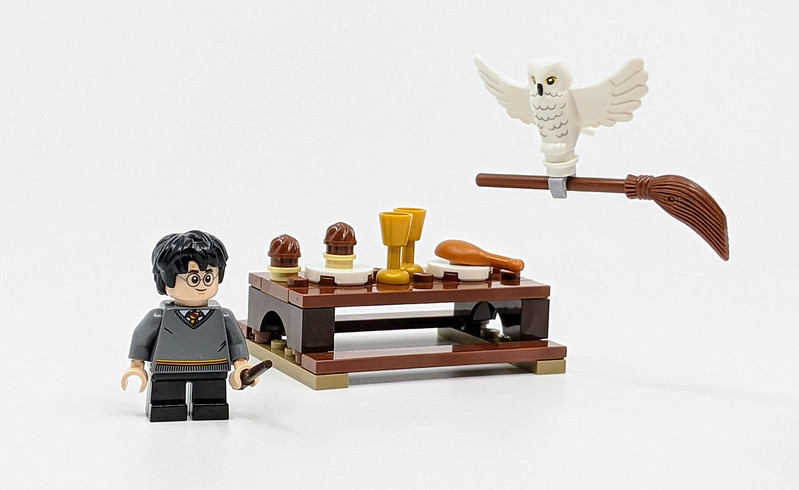 Although it’s a fairly sparse set, for those who collect the Harry Potter range, this will be a must-have. It’s an iconic moment in the movie and despite the sets limited size, it captures that moment well. It would have been since it Harry was a little more unique, maybe with a different face or something. As much as I like polybag sets, getting hold of them is tricky. This could appear in Hamleys like the first polybag, or could be giving away as a GWP from LEGO, once the set launches in North America later this year. I wish LEGO would just sell them via LEGO.com in all regions so everyone has the chance to add them to their collection. Currently, there is no confirmation where or how you’ll be able to get your hands on the polybag, but there are plenty floating around eBay.