Something Incredible is here. The Parr Family are back and along with a new Incredibles movie, they are also the subject of three new LEGO® Juniors sets. Behold the Underminer with set 10760: Underminer Bank Heist. This action-packed set features a bank vault with breakaway door, Incredibile vehicle with Quick Start chassis, Tunneler machine with Quick Start chassis and spinning drill bits, plus a street build with brick wall, wanted poster and buildable streetlamp. The set also includes three minifigures – Mr. Incredible, Mrs. Incredible and the Underminer. So are you ready for another exciting edition of our LEGO Juniors The Incredibles 2 set review? The read on… and you can check out past issues – Elastigirl’s Rooftop Pursuit and The Great Home Escape. 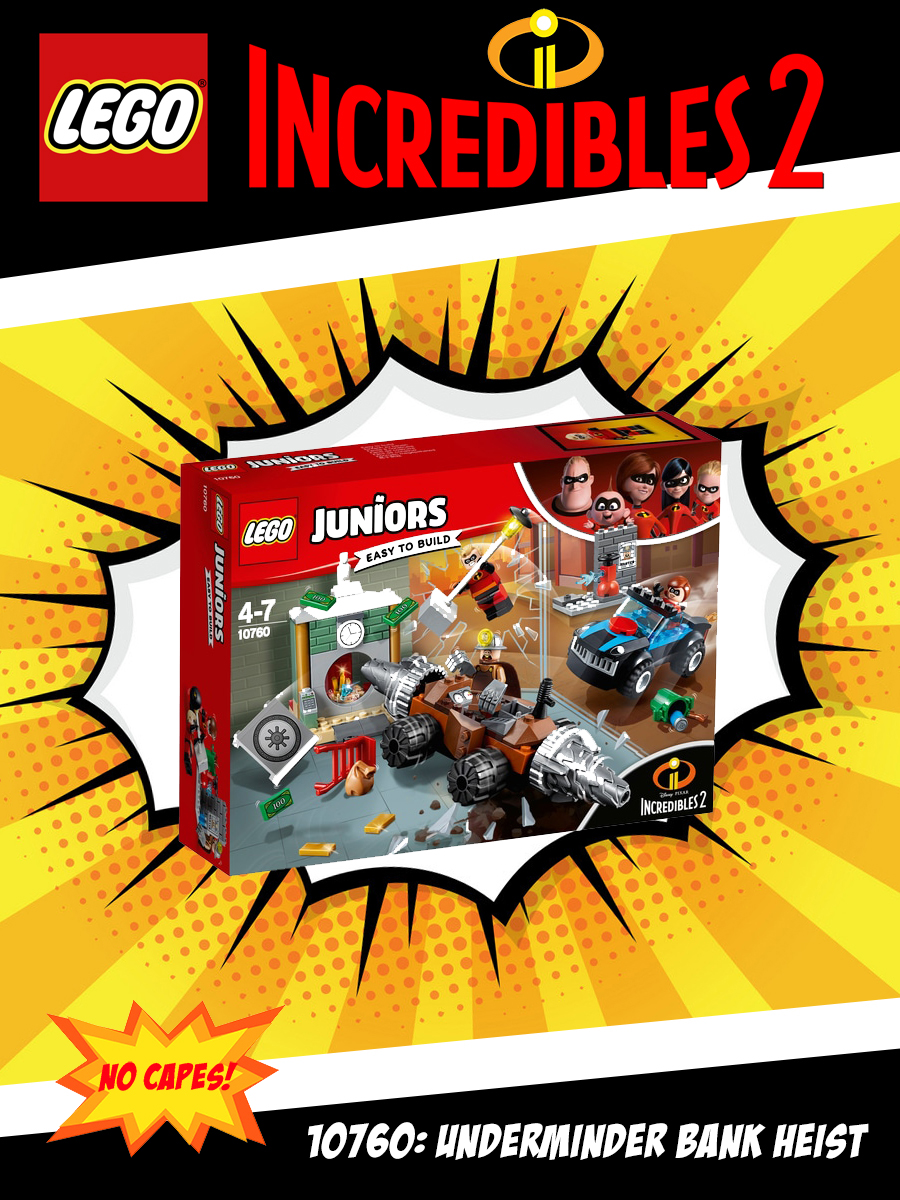 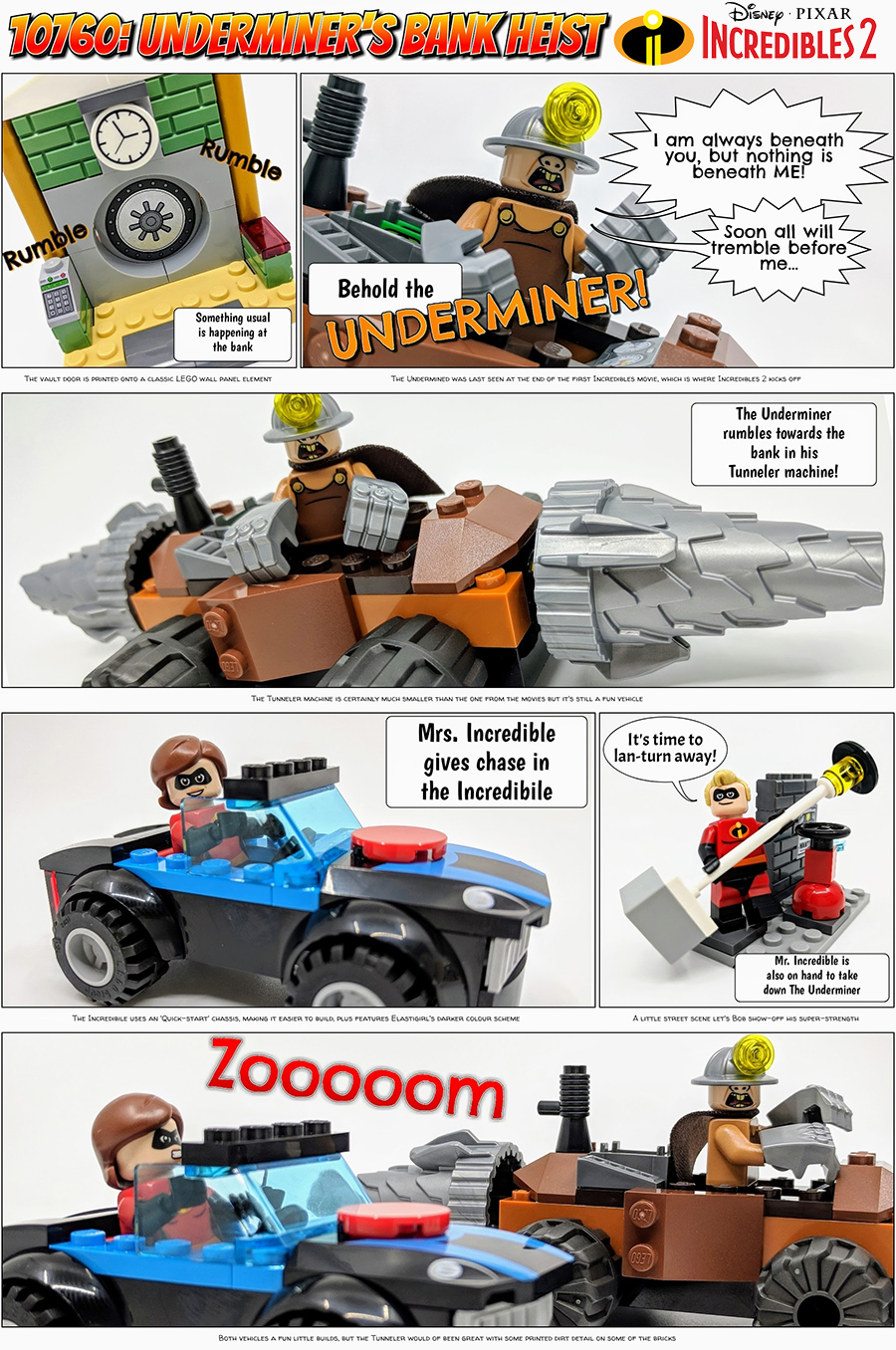 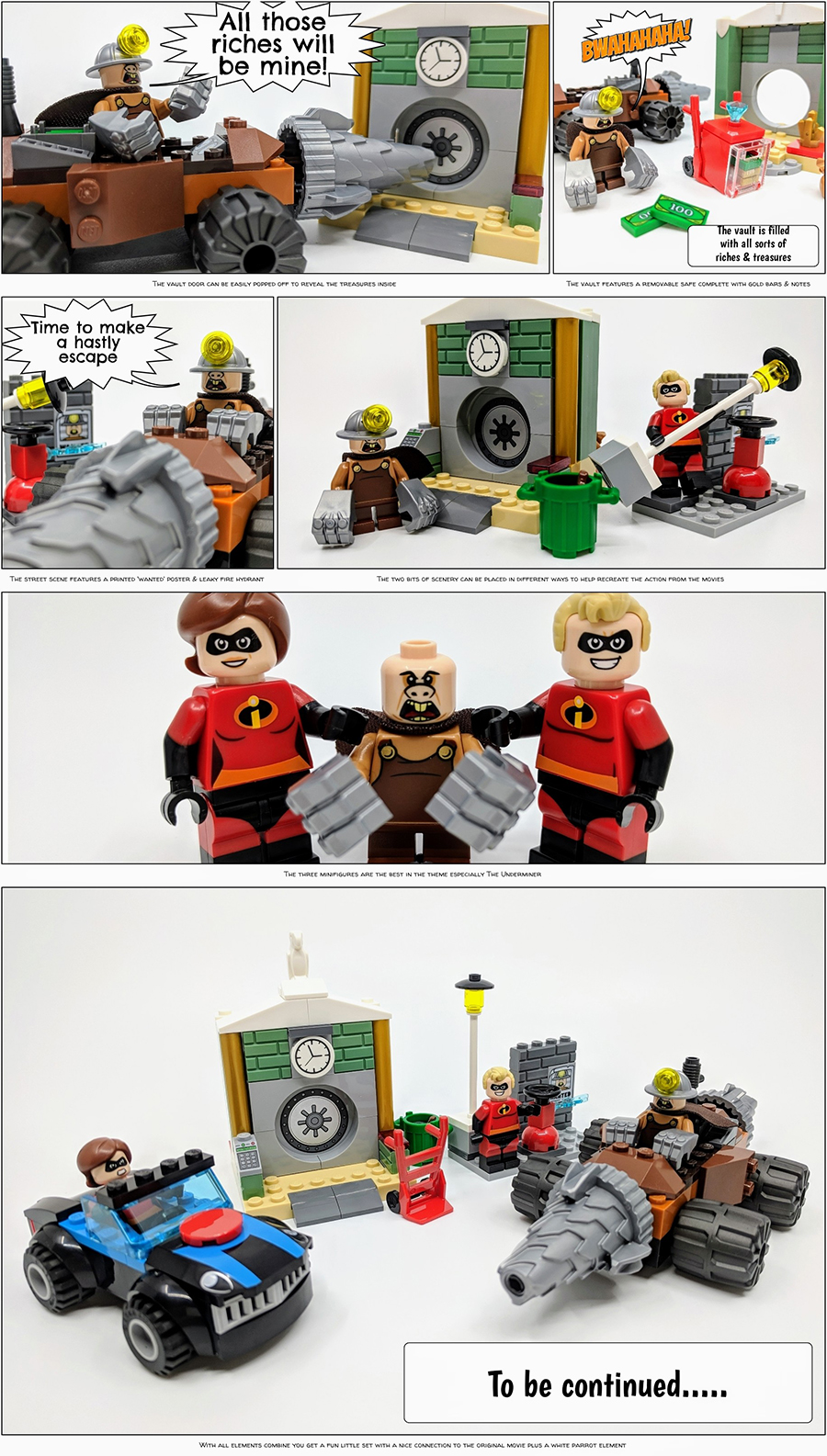 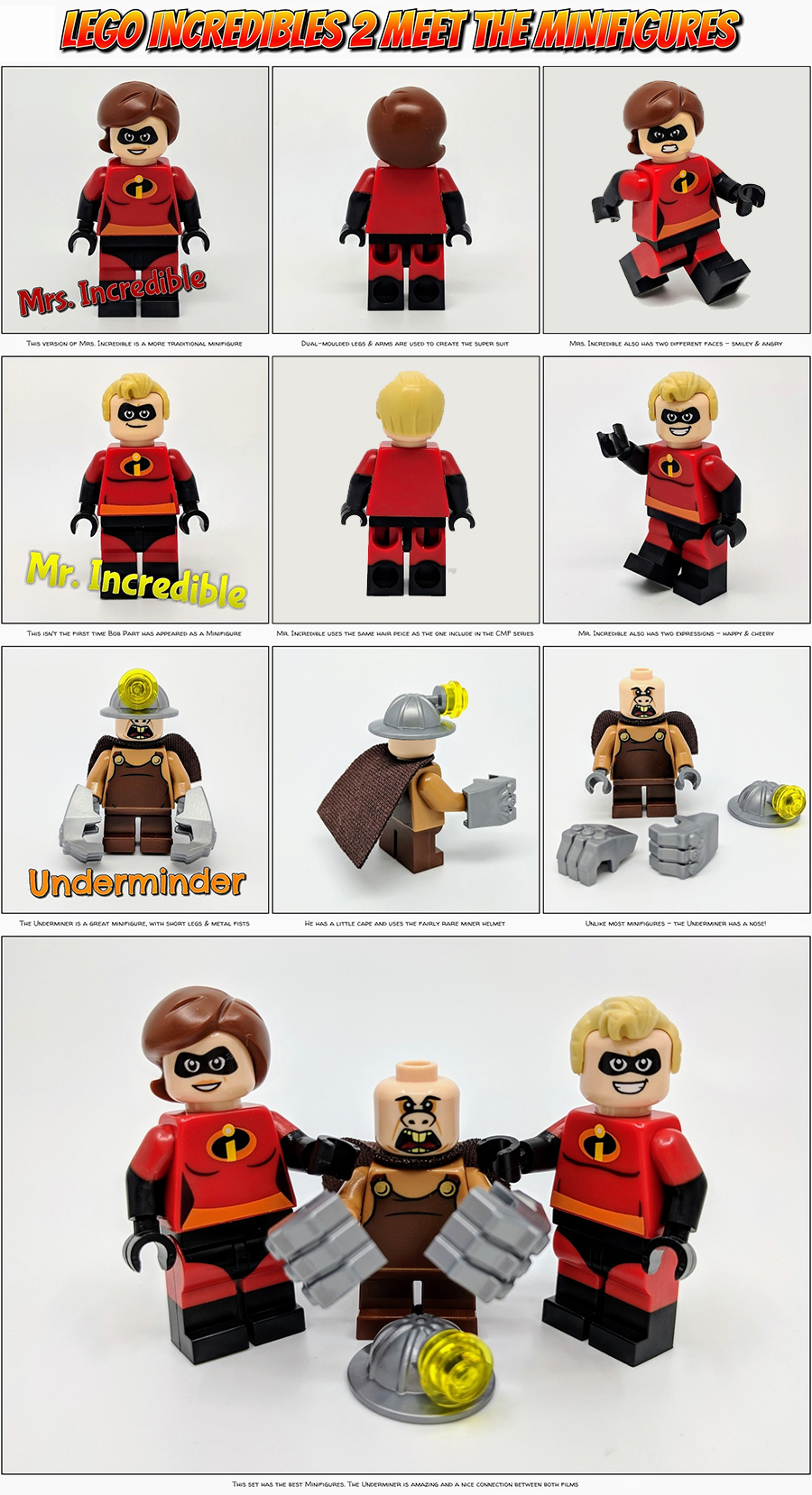 The Underminer Bank Heist is one of the most interesting of the three LEGO Juniors sets based on Incredibles 2. Not only do you get two of the main characters, they are joined by the dastardly villain who makes his first appearance at the end of the original Incredibles movie some 14 year ago! Bob Par aka Mr. Incredible has already appeared in LEGO form, thanks to the Disney Collectible LEGO Minifigure Series. they are fairly similar, with the newer version benefitting from much better graphic design, particularly on the face. Mrs. Incredible is similar to her long-armed version, with the arms and faces being the only differences. But the star of the set and in fact the entire range is the Underminer. The character is captured perfectly thanks to the use of short legs, small cape, classic miner helmet and metal fist, which first appeared in the Legends of CHIMA theme. The rest of the set is quite fun, with a small easy-to-build car and the Underminer’s drill machine – the Tunneler. Certainly a lot smaller than the one seen at the end of The Incredibles, but it still looks quite cool. The street scene may be small, but it’s my favourite bit thanks to the printed ‘wanted’ poster brick. Definitely the best of the three Incredibles sets, with a nice balance between the minifigures and the vehicles/scenery.