The Incredibles are back and as well as featuring in an all-new sequel, they are also the subject of three new LEGO® Juniors sets. Get ready to fire up your child’s imagination with set 10761: The Great Home Escape. This exciting set features a house facade with Quick Start wall and baseplate, moving fireplace with secret control panel, waterfall with capture function, a pool area, lounge chair with catapult function, plus a buildable car with Quick Start chassis and removable catapult. Also includes three minifigures – Violet Parr, Dash Parr and the villainous Brick, as well as baby Jack-Jack. Instead of a wordy review we thought we’d take a look at the set in the form of a comic strip. 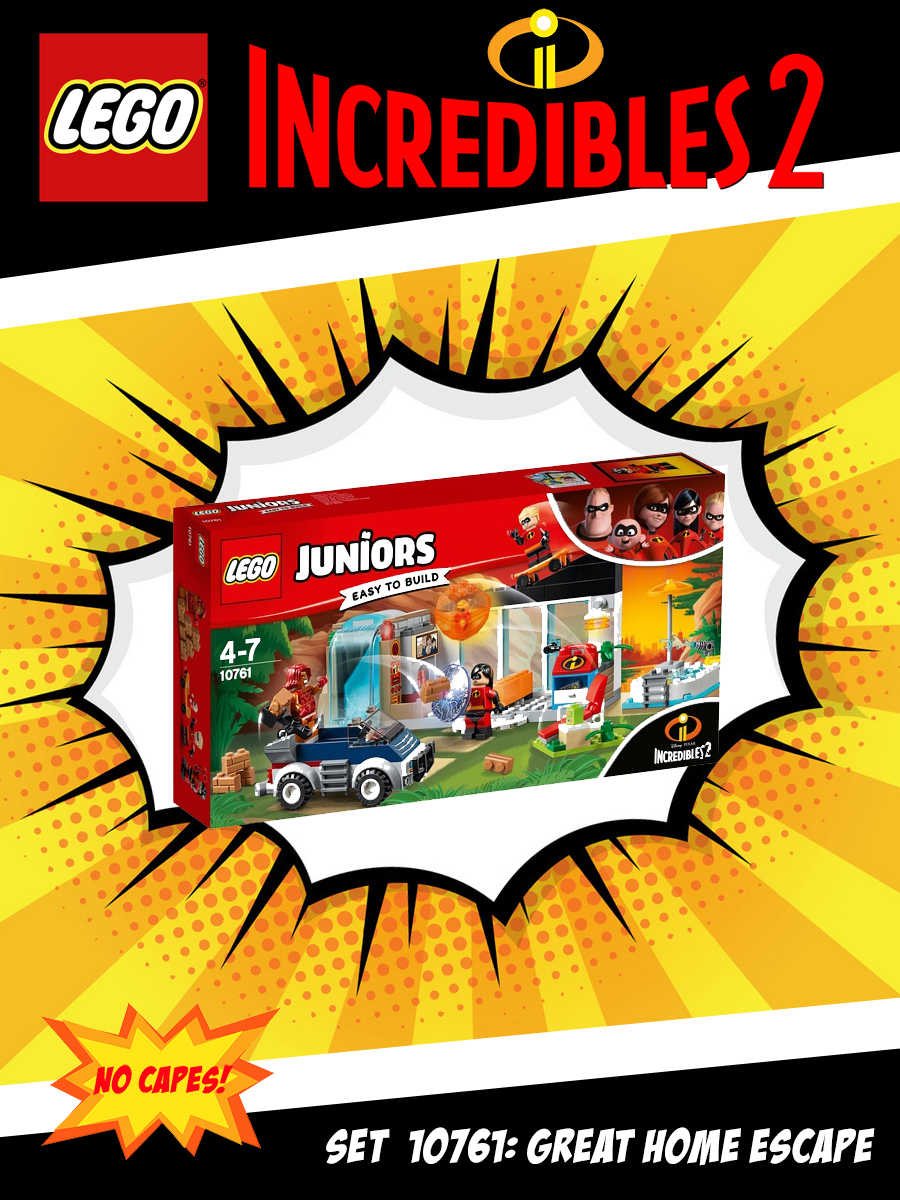 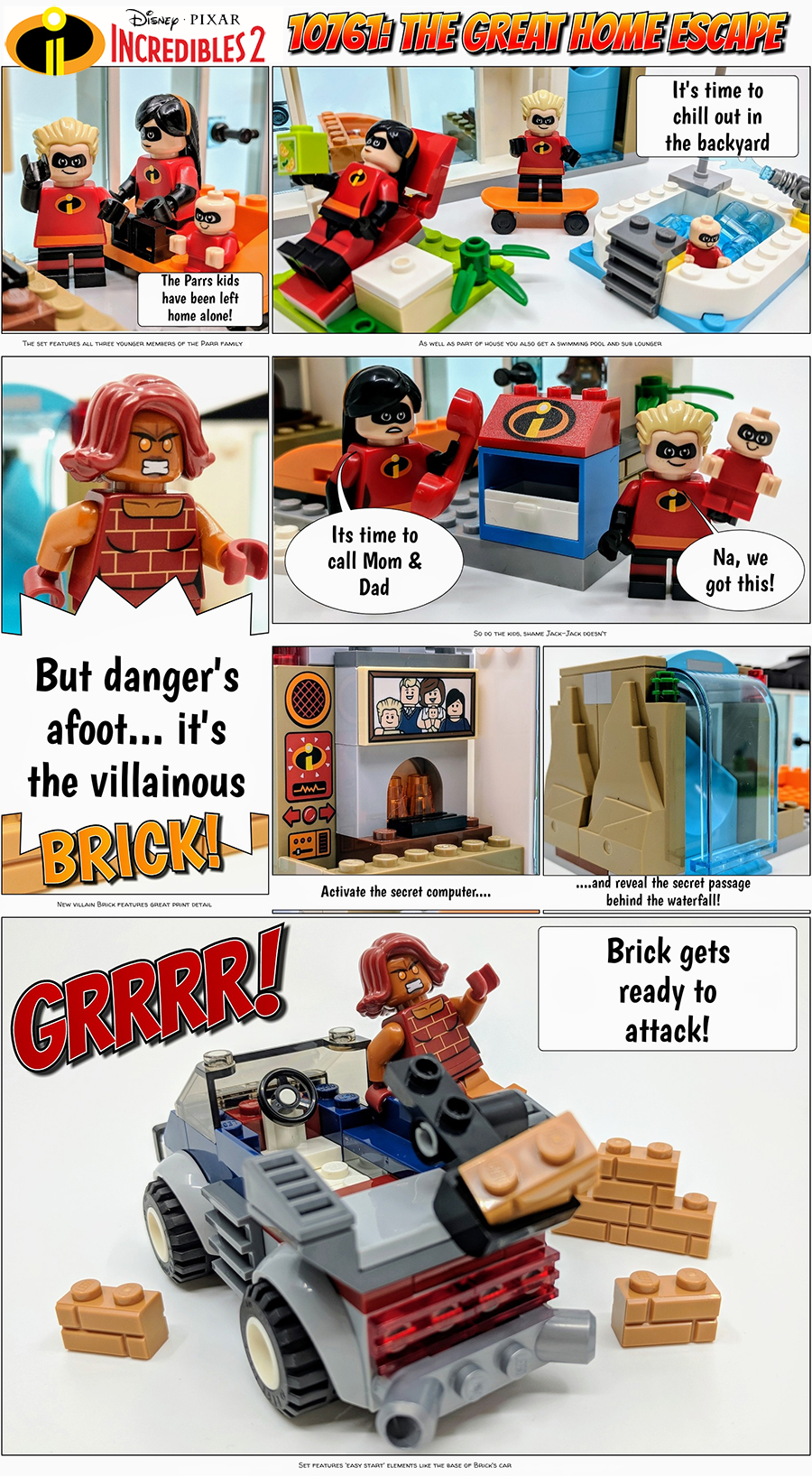 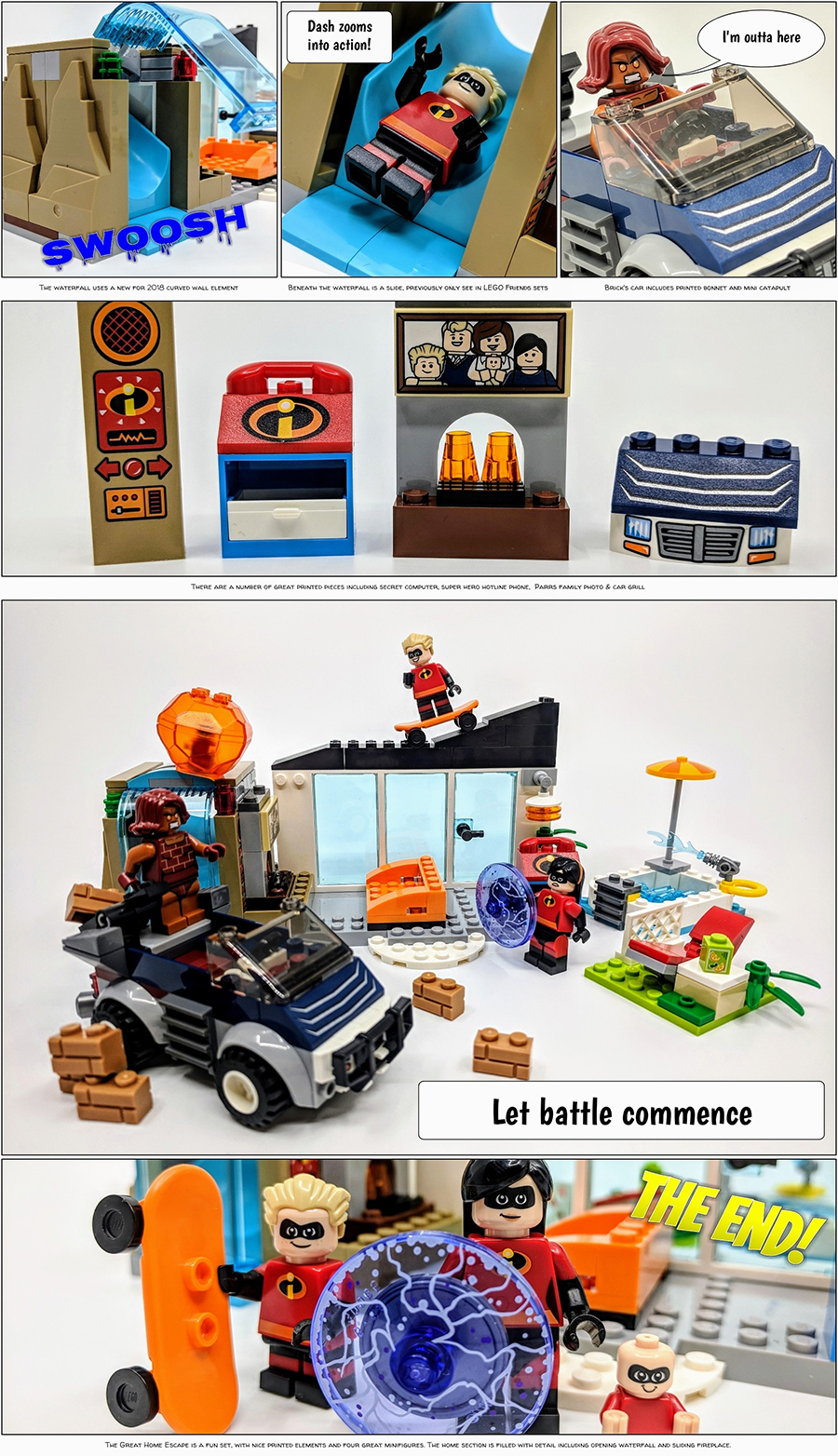 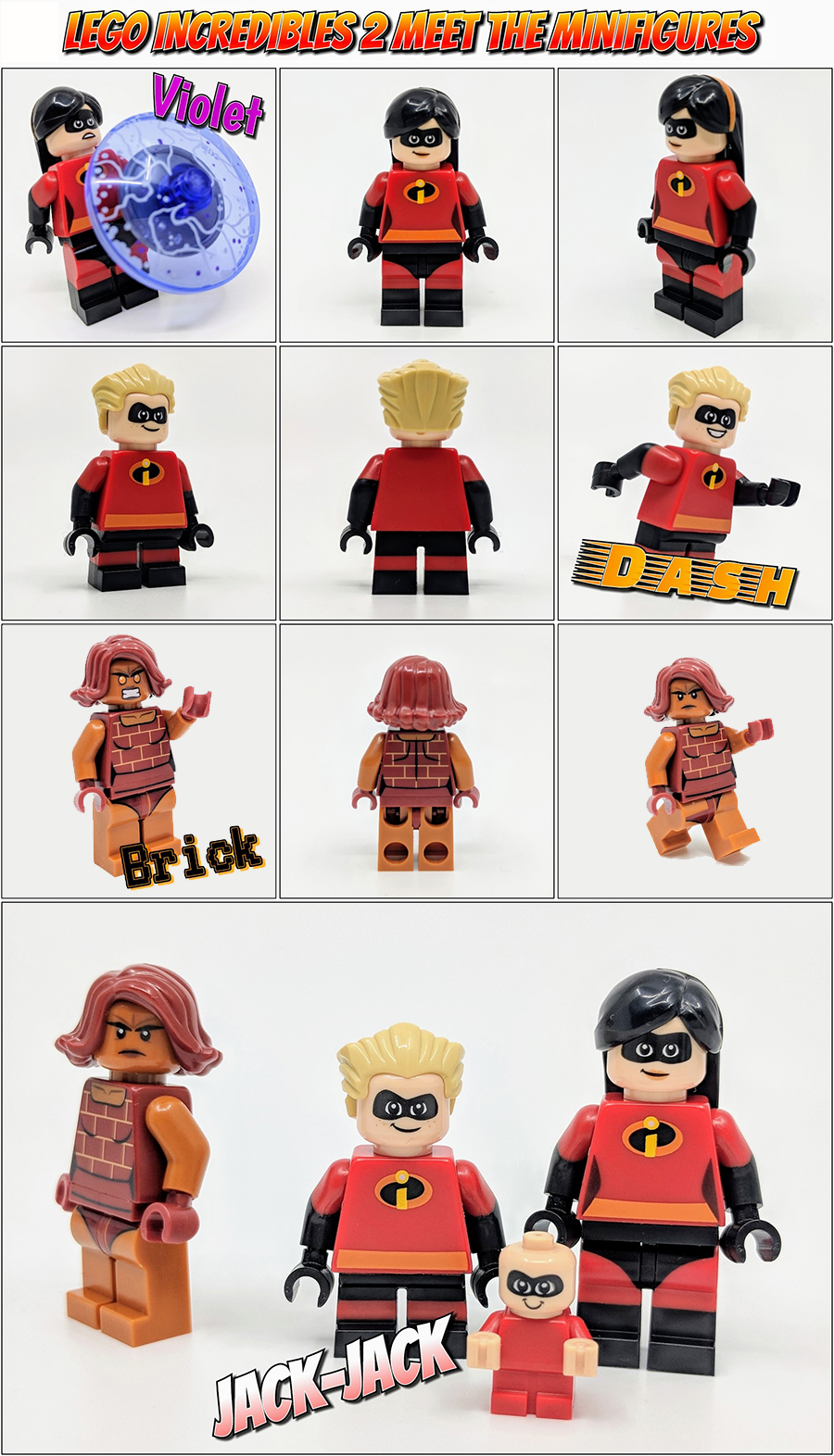 The basis of LEGO Juniors sets are their ease to build, however of the three Incredibles sets currently available, this involves the most building. There are some interesting parts such as the three framed window section, which is one whole piece. The same goes for the base section of the living room. Brick’s car also includes what is known as a ‘quick-start’ base. These pieces would certainly make it much easier for younger builders to start building on. Although they may not have much use beyond this particular set, except for maybe the window piece. The printed pieces are a different matter. Juniors set do not have stickers, this is both a delight and curse. It means we get some really great printed elements like the computer tower and super heroes hotline phone. But it also means other pieces, which would normally have additional detail added via stickers, look at little plain. But for many older LEGO fans, the main interest is the minifigures. Those included are fun and all exclusive to this set. With Violet including a new hair piece, complete with headband detail and Dash using a newly recoloured version of the old Joker hair. Jack-Jack uses the new baby element, it’s just a shame it doesn’t have the Incredibles logo on his shirt, but it is a very small peice, so could be hard to print on. Brick is a aptly named villain and has great print detail. But without seeing the movie, it’s difficult to compare how well they have been translated from the source material. In fact the same could be said about the entire set. Doesn’t means that’s a bad thing. Don’t be put off by the Juniors tag, The Great Home Escape is a decent little set, and worth picking up.