Something Incredible is here. The Parr Family are back and along with a new Incredibles movie, they are also the subject of three new LEGO® Juniors sets. Get ready to fire up your child’s imagination with set 10759: Elastigirl’s Rooftop Escape. This action-packed set features a helicopter with Quick Start chassis, spinning hypno-propeller and opening cockpit, a rooftop section with Quick Start baseplate, billboard, helipad and satellite dish, turbine obstacle with spinning propeller, plus Elastigirl’s Elasticycle. The set only includes two minifigures – Elastigirl & Screenslaver. Instead of a wordy review we thought we’d take a look at the set in the form of a comics strip. 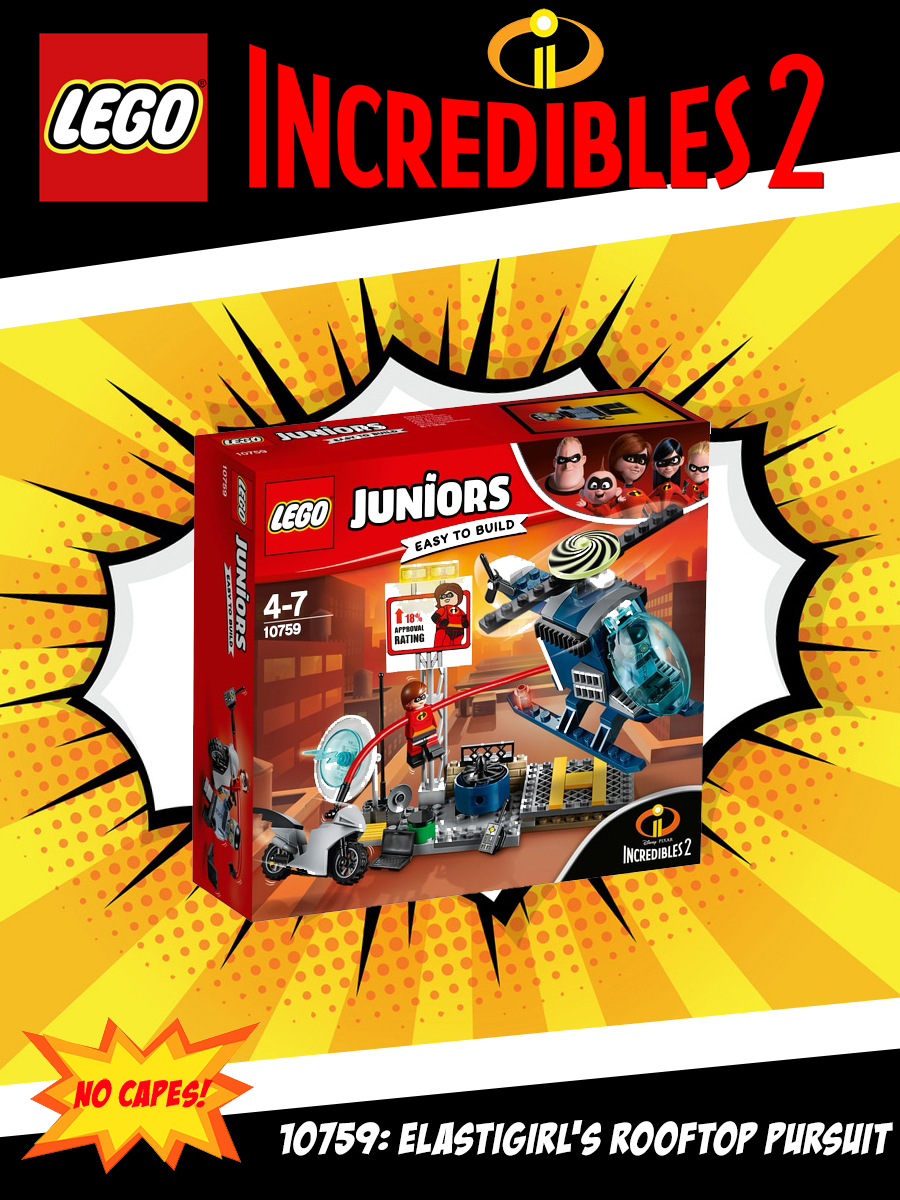 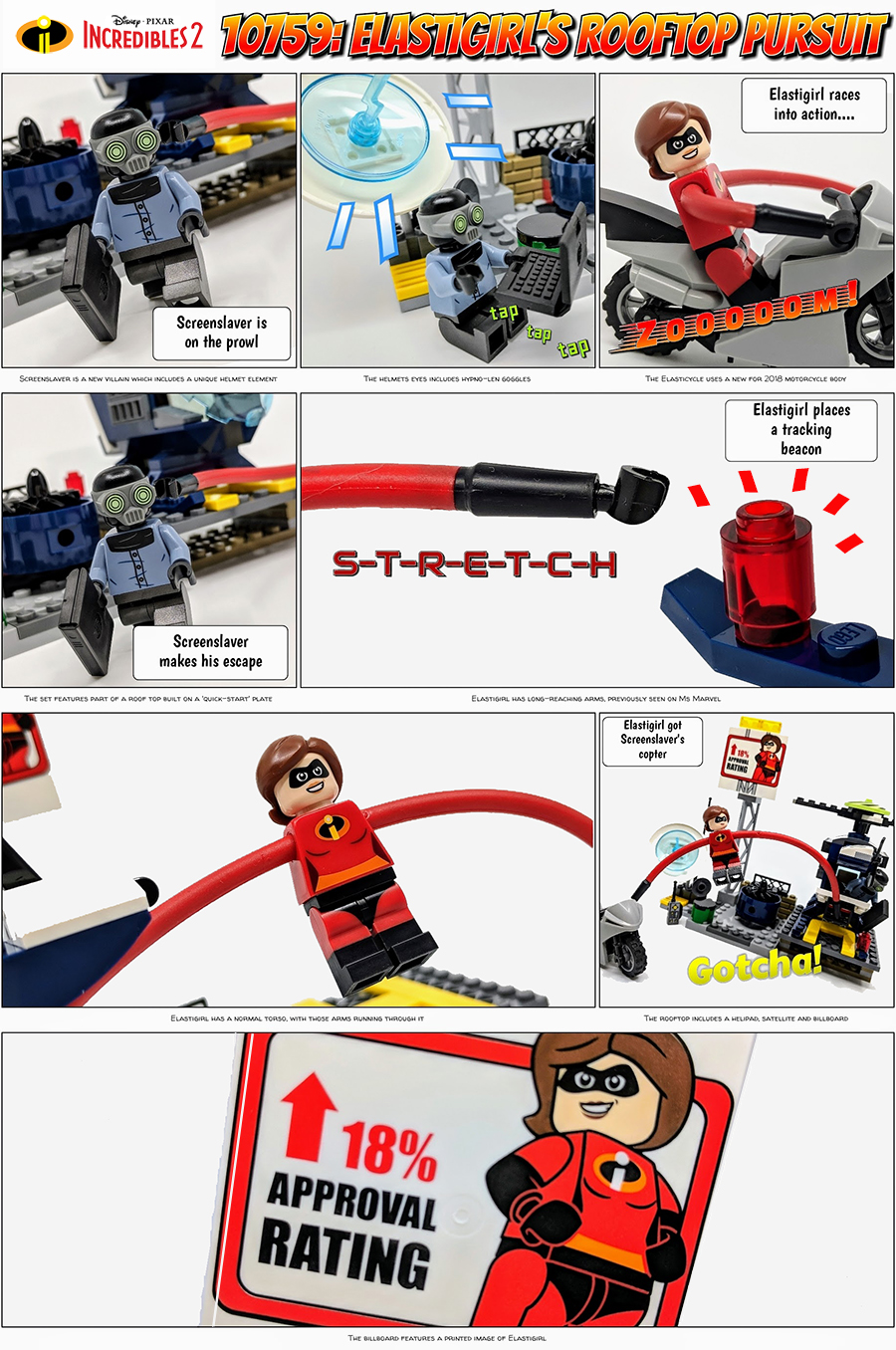 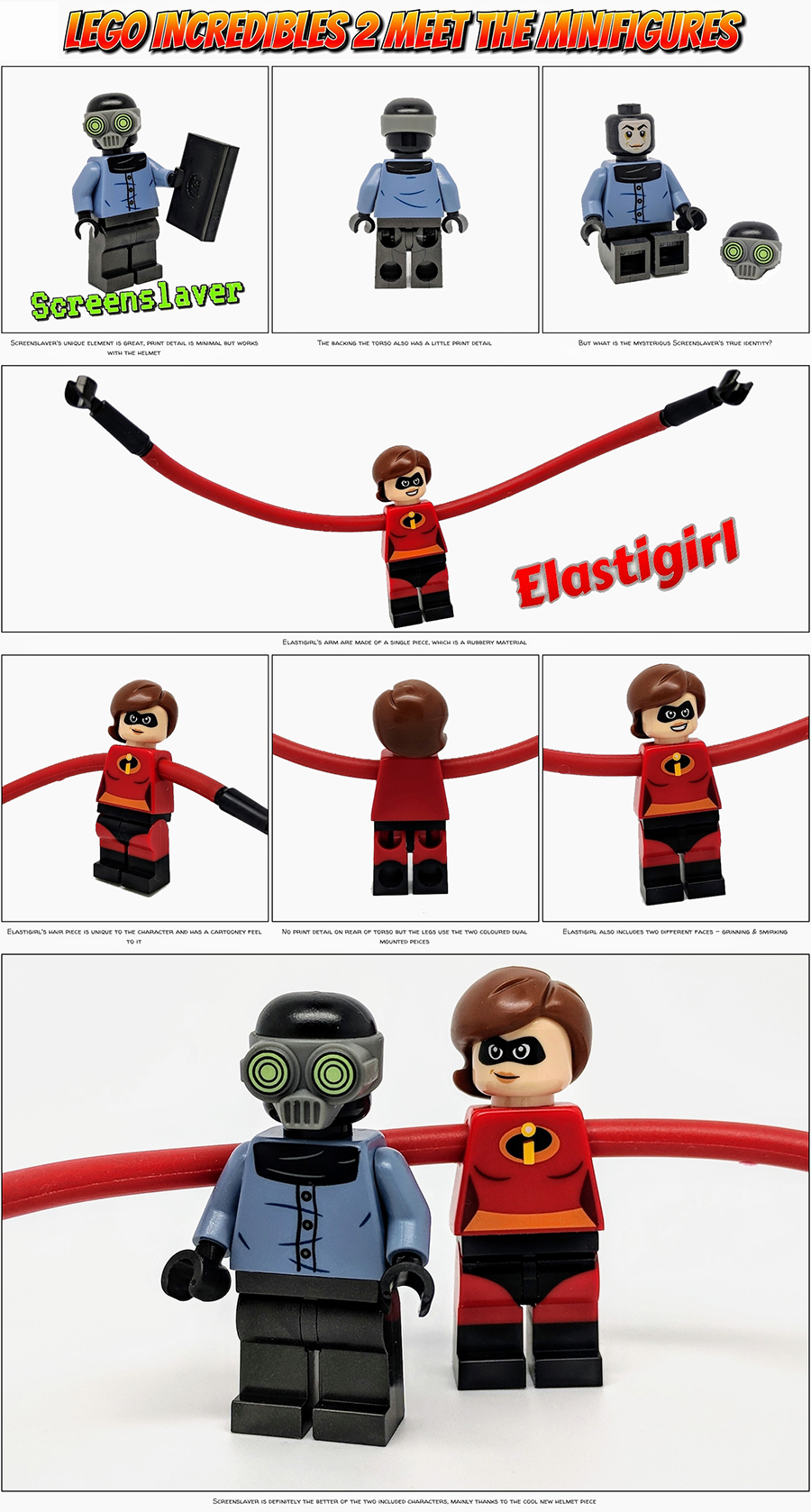 The smallest of the new Incredibles sets may not be as exciting has the other two sets but still has its good points. It’s easy to build thanks to the ‘quick-start’ elements which include the rooftop base and body of the helicopter. There are a couple of printed elements including a billboard featuring Mrs. Incredible and the ‘hypno-disc’ which sits atop the helicopter. As previously mentioned the draw for many will be the minifigures. The set includes two – Elastigirl and the bad guy Screenslaver. Elastigirl has the unique ‘stretchy’ arms which were first used on Ms. Marvel. This is a single elements which long through the standard arm holes on the torso. It’s certainly a great way to capture the character’s super power, but doesn’t make posing the minifigure very tricky. Screenslaver is a new villain, who is briefly seen in the various trailers. From this, it seems the minifigure has do decent job of capturing the characters menacing look. This is thanks to the new helmet element, which is one of the best new pieces introduced with the theme. Although not the best of the three sets, it’s worth getting to complete your collection of Incredibles characters, found exclusively in these new LEGO Juniors sets. Check out the first issue of our LEGO Juniors The Incredibles 2 reviews here.