2018 is a milestone year for the LEGO Group, the LEGO® brick celebrates its 60th anniversary and the much-loved minifigure reaches its 40th anniversary. To coincide with these special celebrations, DK Books have released an updated version of The LEGO Book. Featuring over 20 additional pages, the book charts the entire history of the LEGO Group from wooden toys right through to the opening of the LEGO House. Although the book isn’t published until October, I’ve been sent a copy of it early and have been flicking through its pages. So here’s my thoughts on this brand new version of The LEGO Book. 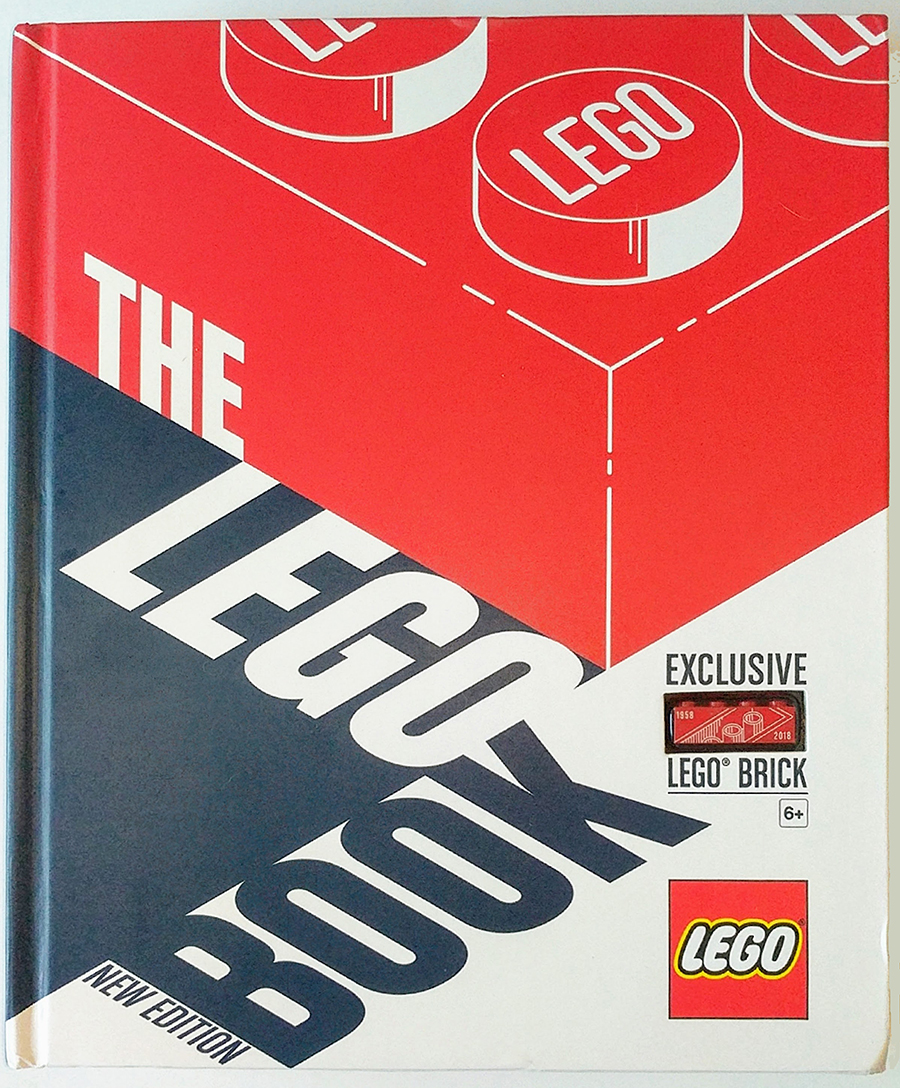 Celebrate and explore the incredible story of the LEGO Group and its much-loved bricks, sets, minifigures, movies, games and more.

Take a dazzling visual tour through all the groundbreaking moments in LEGO® history, from the company’s humble beginnings in a carpenter’s workshop to the invention of the iconic LEGO brick and LEGO minifigure, through to the stunning toys, video games and movies of today, including LEGO® Star Wars™, The LEGO® NINJAGO® MOVIE™, and LEGO® Dimensions.

This special edition of The LEGO® Book has been fully updated and expanded with the latest LEGO sets and fascinating facts to commemorate the 60th anniversary of the LEGO brick and the 40th anniversary of the minifigure. Go behind the scenes to learn how LEGO bricks are made; find out how amazing fan creations become real-life LEGO sets, and marvel at how LEGO bricks made it to the computer screen and the big screen.

Created in full collaboration with the LEGO Group, The LEGO® Book is a treasure trove for LEGO fans of all ages – and this very special edition comes with an exclusive 60th anniversary printed brick.

The last edition of The LEGO Book was published back in 2012 and there’s been a lot happen since then. New play themes have been introduced, new elements have appeared and the popularity of the LEGO brand has exploded, fuelled in part by the release of The LEGO movie, huge new sets and a wealth of LEGO related products. All of which are covered in this newly updated edition of DK Books’ The LEGO Book. 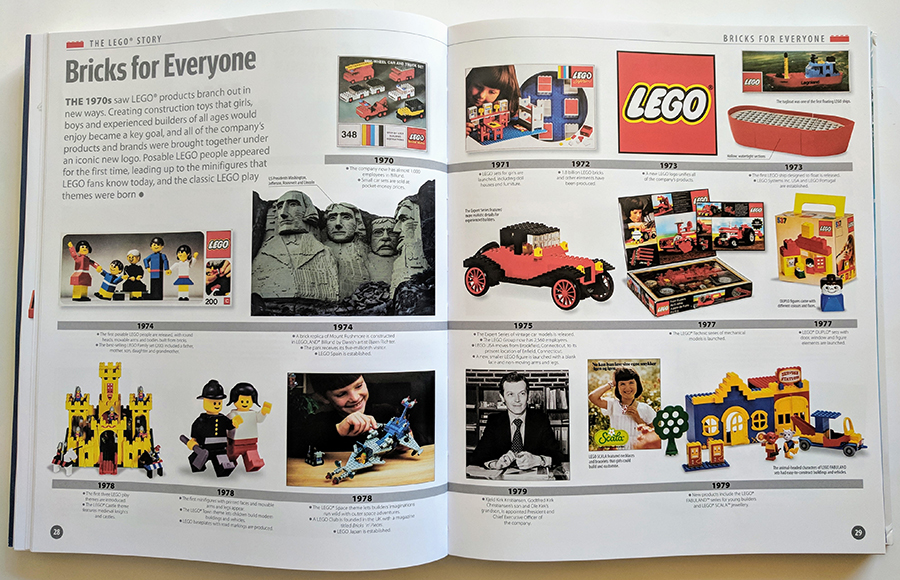 The start of the book of the focuses on the numerous aspects of the LEGO brand, which are split across three defined sections. The LEGO Story – which details the history of the company and highlights key LEGO moments over the companies long history. LEGO Play Themes – which focuses on many of the past and present LEGO themes and finally A LEGO World – which journeys beyond the brick to see how the LEGO brand has integrated into numerous other products and ventures. These include such left-field things like LEGO stores, LEGOAND Discovery Centres, brick films and much more. 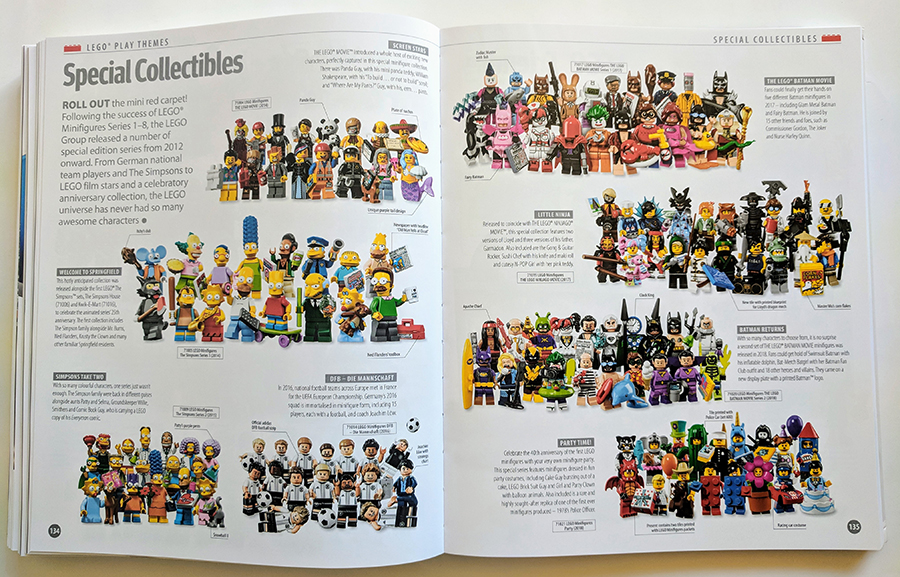 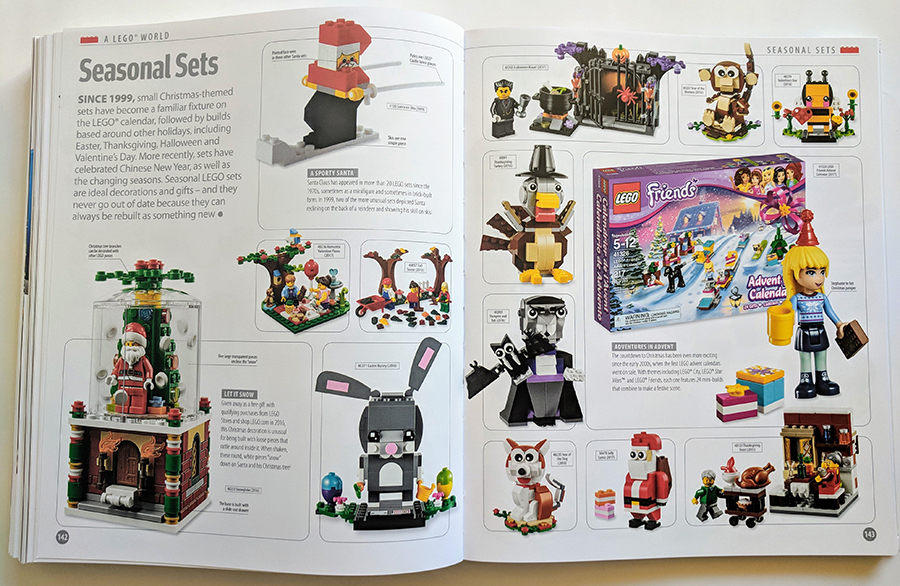 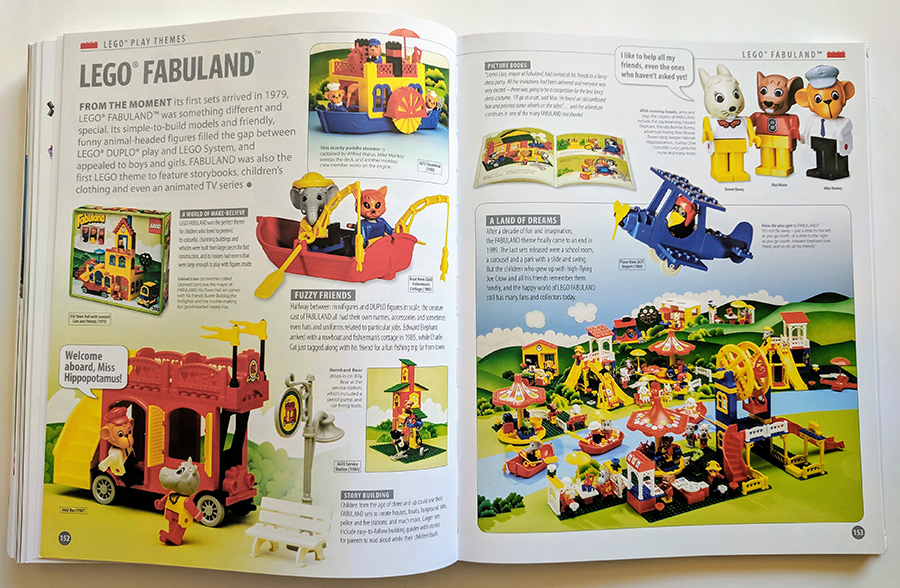 As you can see the book is bang up-to-date and features plenty of recently released sets, perfectly balanced with many much-loved and classic sets released over the last 60 years. As well as amazing images both specifically taken for the book or from the LEGO Ideas House archives. These are all complimented by interesting facts, set numbers and years they were released. All of which can be cross-referenced with an extensive index. 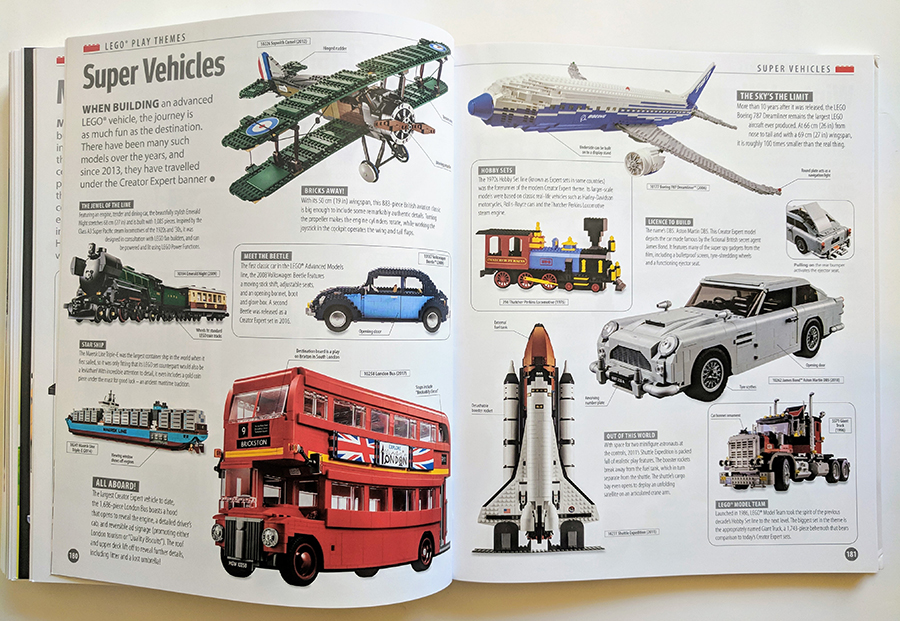 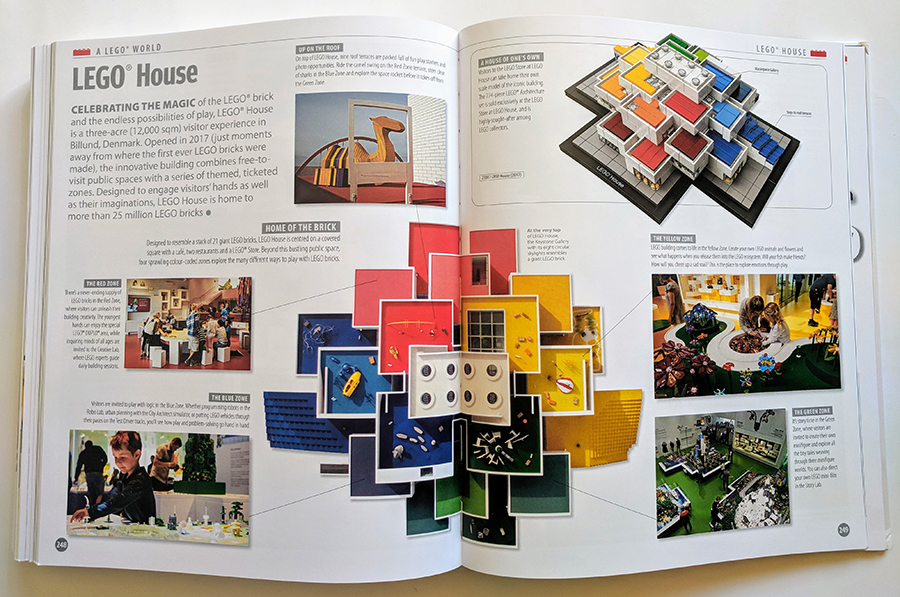 Unlike previous editions of the book, this new version includes an exclusive LEGO brick. The classic red 2×4 LEGO brick, included printed detail along the side of the brick. This marks the year the patent was issued for the LEGO brick and the 60th year since. Exclusive LEGO items have been included with other books from DK, but this is the first time a specially printed brick has featured in one our their LEGO titles. As a fan of the LEGO brand and now as an Ambassador, I have made it aim to learn as much about LEGO as I can, which is why I love these sort of books. It’s an information and visually pleasing account of the world’s best-loved brick. DK have built upon their extensive knowledge of LEGO, from past books and included plenty of updated information. My only grumble is I’d of like to have seen a little more focus on the minifigures, what with it being the 40th anniversary, past editions of the LEGO Book have come packed with an additional book called Standing Small. This could have been integrated into the book a little more or be included as a separate book either packaged with this title or published on its own. However the book is still filled with everything you need to know about LEGO, and the inclusion of the brick is a nice bonus, making the whole package the perfect celebration of LEGO and 60 years of the brick. It’s an information and visually pleasing account of the world’s best-loved brick. You can pre-order your copy of The LEGO Book now from Amazon.