LEGO Store Calendars Are No More

Those eagerly awaiting the January 2022 Store Calendar will have noticed it didn’t appear online as usual. It was assumed this was due to the holidays but unfortunately, it’s now been confirmed, via the LAN, that the popular document has ended and will not return. The reasoning is due to stores no longer being able to hold the same sort of events as they previously did due to COVID restrictions. However, many used the calendar to learn of upcoming LEGO® promotions and GWPs which would be similar both online and in stores. It’s suggested that the store’s page on LEGO.com will be able to be used to as a sort of replacement but I’d expect this to only be updated as and when promotions begins, so without prior notice. I understand the limits of creating a calendar that is full of content but it seems to have been overlooked that it was mostly used by just about all LEGO fans to learn of GWP promotions. 2022 is certainly off to an iffy start, first price increases and now the removable of the store calendar. 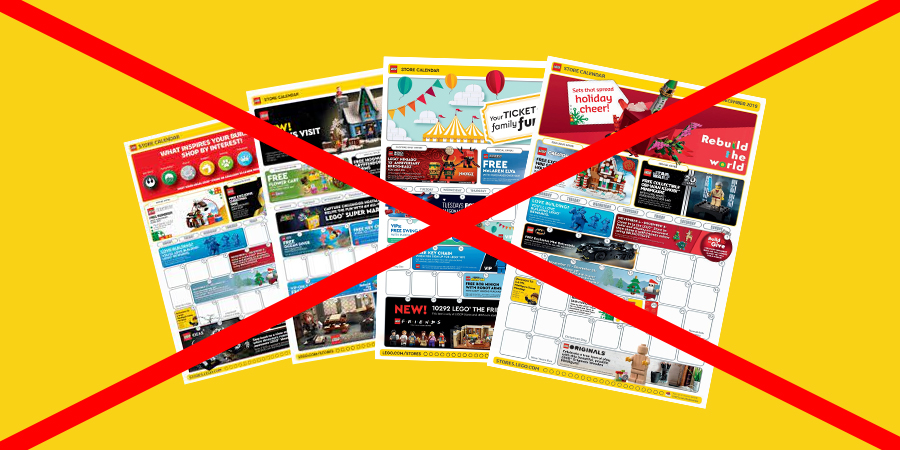