As today is Star Wars Day, it’s the perfect time to take a look at the very special new LEGO® Star Wars 20th Anniversary Darth Vader timepieces from ClicTime. Who have sent BricksFanz the new Darth Vader Minifigure Clock and Buildable watch to take a closer look at. The clock continues with the new design, which moves the digital clock display into a mounted within oversized 1×3 brick, sat upon two 2×4 plates, with a large-scale minifigures stood at the back. The buildable watch features special 20th Anniversary branding and Minifigure Link. So let’s do what must be done and take a closer look at both products. 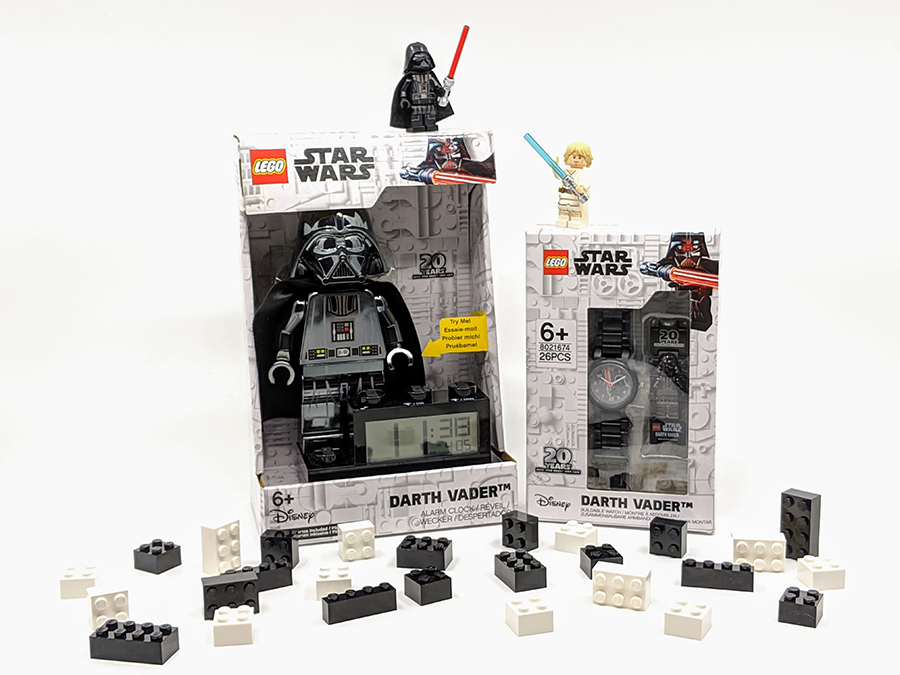 As mentioned above the official LEGO Minifigure clocks now feature a brand new design, which change almost every single aspect of the clock, the LCD display is slightly more compact compare to past version, but it’s now a little clearer to see and the digits have been given a LEGO makeover and now look like actual LEGO bricks. The main numbers show the current time, with the smaller numbers in the lower right hand corner highlighting the alarm time. As this is a special 20th Anniversary edition Minifigure brick clock, Darth Vader features a chrome finish, giving it rather shiney look. The Minifigure has the same points of articulation in the head, arms and hands as a standard Minifigure, It doesn’t bend at the waist and it cannot be removed from the base section. 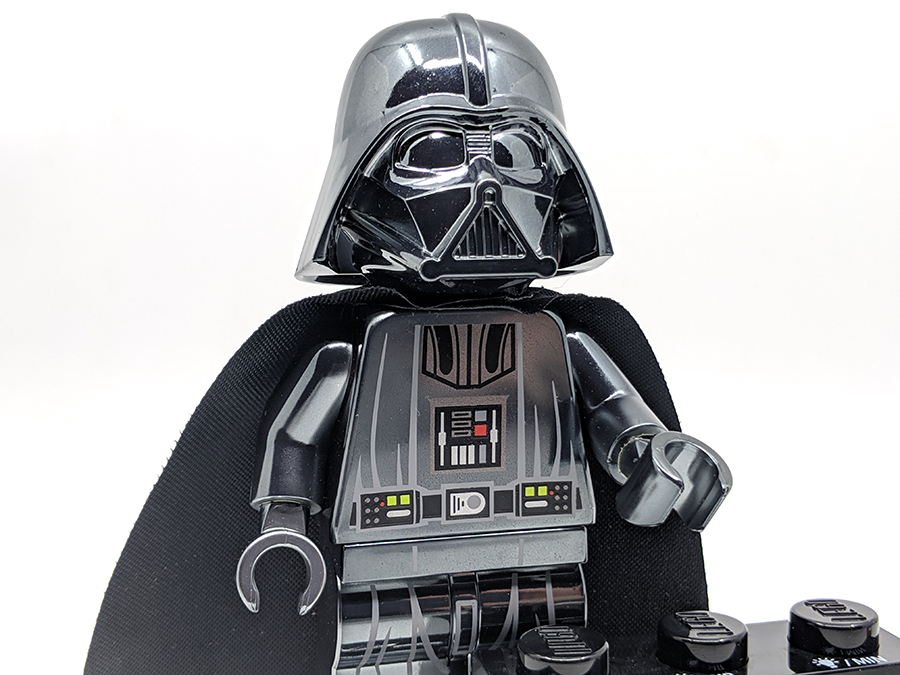 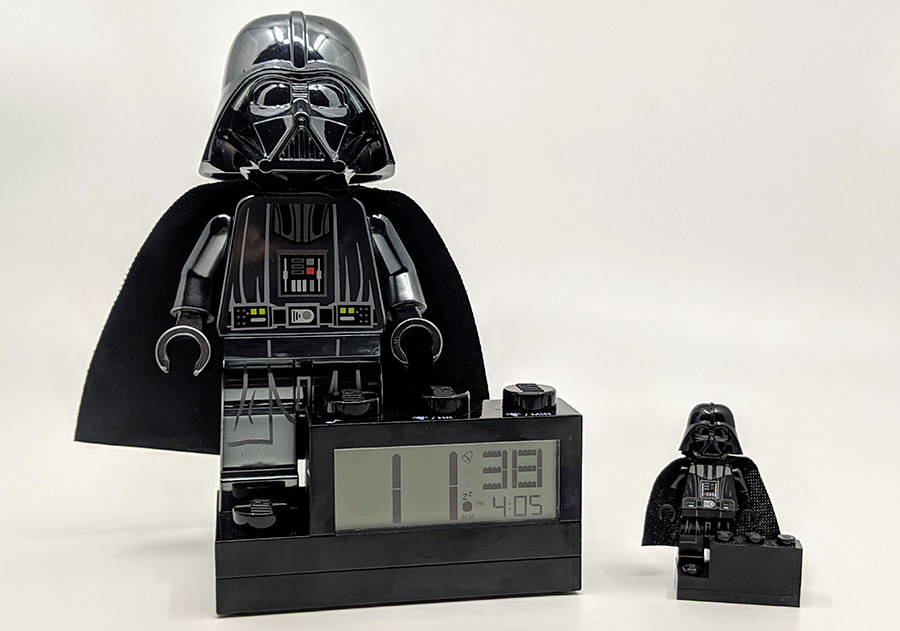 As well as the visual change, the new version of the LEGO Brick Clocks now feature all-new themed sound effects. The alarm features Vader’s iconic breathing sound and a clash of Lightsabers, before a generic alarm sound kicks in. I really like the change and thankfully it’s a little more faithful to the character than The LEGO Movie 2 clocks.

LEGO® Star Wars™ fans can have the most evil Sith Lord in the galaxy keeping an eye on the time for them with this 5005823 20th Anniversary Darth Vader Brick Clock. This digital alarm clock has an easy-to-read LCD display built into an oversized 1×3 LEGO brick. Alongside stands a Darth Vader minifigure, specially created to celebrate 20 years of LEGO Star Wars. 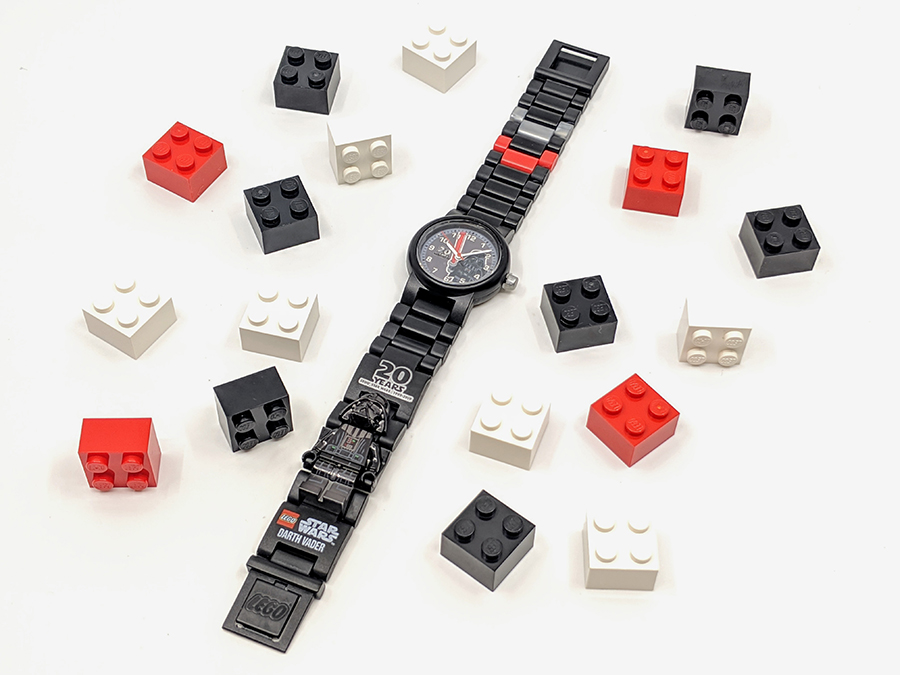 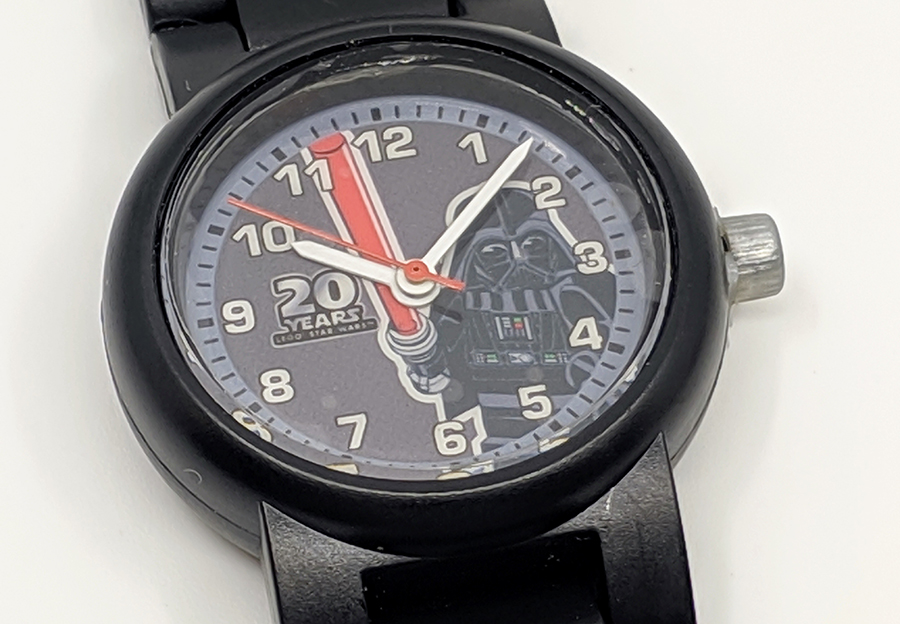 LEGO® Star Wars™ fans will always be on time with this 5005824 20th Anniversary Darth Vader Link Watch. Created to celebrate 20 years of LEGO Star Wars, this fun watch features a sculpted Darth Vader minifigure on the buildable strap and a Darth Vader illustration on the easy-to-read analog clockface. Multicolored, interchangeable links connect to create striking strap designs that fit comfortably around the wrist. 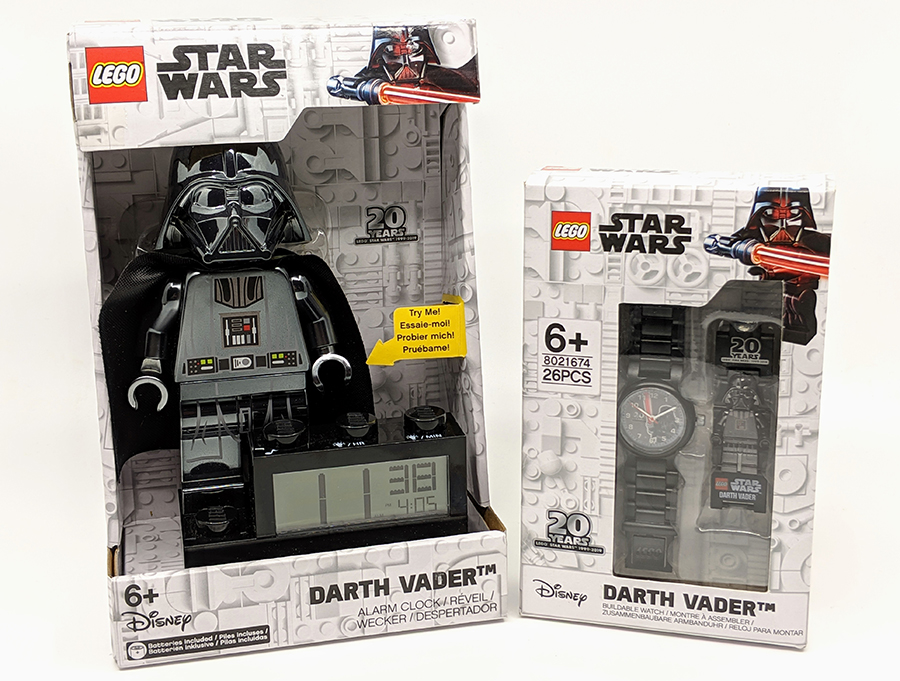 These products were provided to BricksFanz of the purposes of review. The thought within this review do not reflect those of the LEGO Group, ClicTime Holdings or Lucasfilm.