With the second wave of LEGO® Hidden Side sets released earlier this year, the theme has been supported by two additional polybag sets. These promotional polybags have started to appear in stores in the US and for those of use elsewhere, they can be found on eBay and Bricklink. The two sets featured below each include Minifigures and minibuilds. Although both of the characters can be found in other Hidden Side sets, the minibuilds are exclusive to the polybags. So has LEGO news is a little light at the moment, let’s take a look at both of the LEGO HIdden Side Polybags. 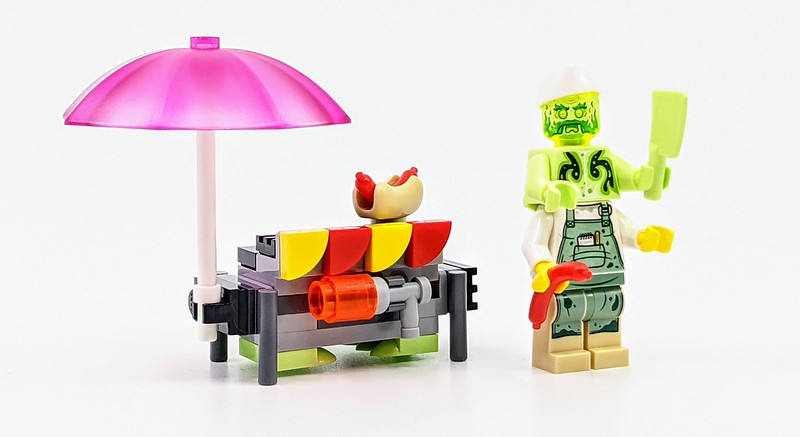 Chef Enzo first appeared in set 70422: Shrimp Shack Attack, here he is only featured in his gloomed state. So that means he has an additional torso, similar to the one used for Lord Garmadon in the NINJAGO sets, along with a green, gloomed head. He also includes a soul artefact, which is a pale green cleaver. Although the Minifigure has appeared elsewhere, the BBQ grill unit is unique to this set.  On the surface, the grill looks normal enough, with a gas tank, grill plate and umbrella, but this is the Hidden Side, not everything is as it seems. Underneath the grill is a pair of green teeth and there is also a spooky eye. Admittingly this Hidden Side transformation isn’t as fun or hidden as the larger sets. The set is the perfect companion to the Haunted Fairground set. 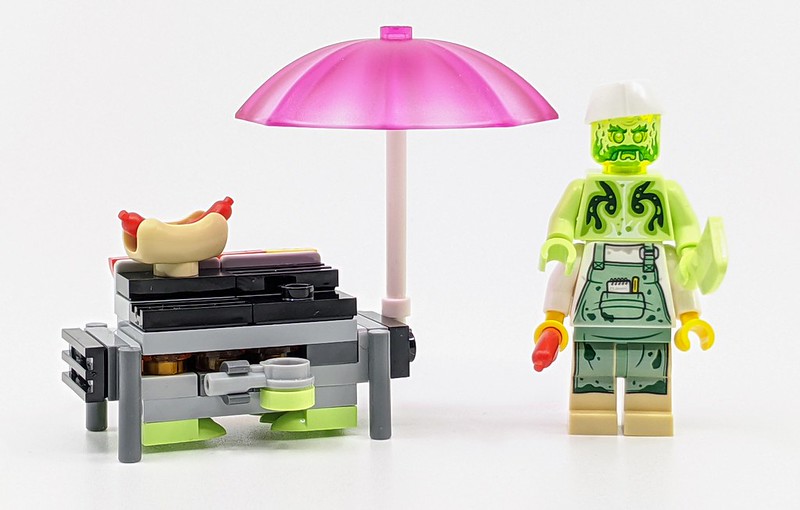 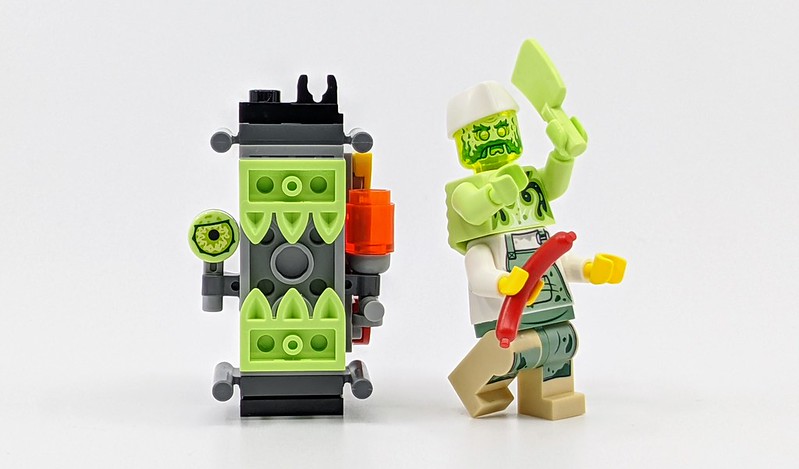 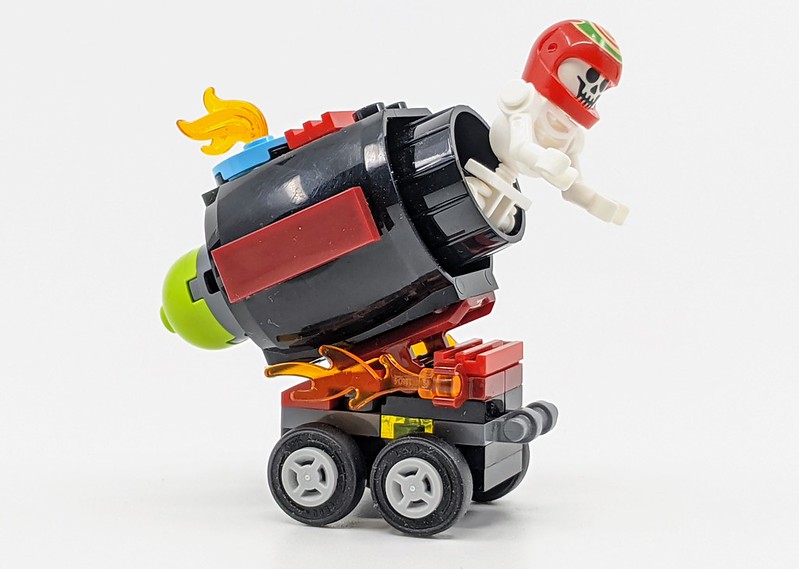 Ever since the first wave of Hidden Side sets, Douglas Elton has led a second life a stuntman. However, as the new wave of sets arrived the legendary El Fuego suddenly became a shell of his former self. In this Polybag, he appears in his Skeleton form, complete with a crash helmet. This Minifigure has appeared in one of the new Hidden Side sets, although the one featured in El Fuego’s Stunt Plane has a different face print. To appease Doug’s stuntman needs, the set also features a mini cannon. This doesn’t feature anything to connect it to any other sets, but it does have a simple play function. There is a plunger, which can be pushed to eject El Fuego into the air. 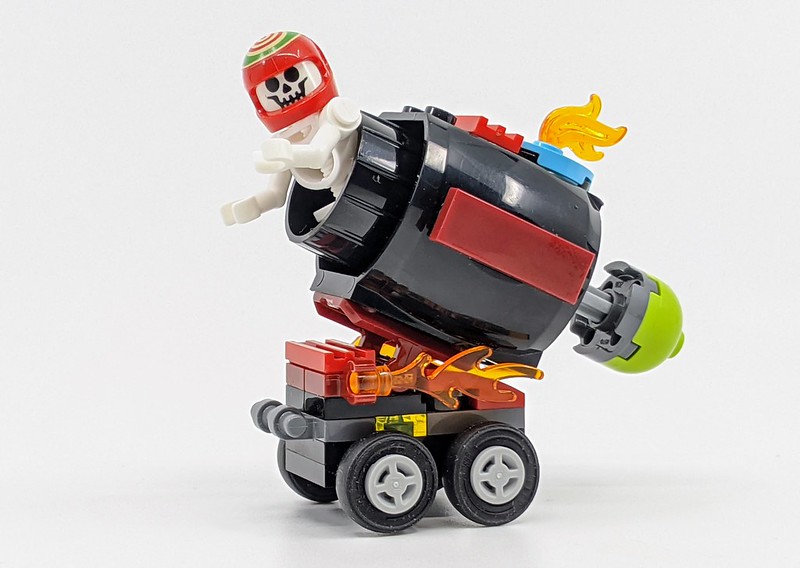 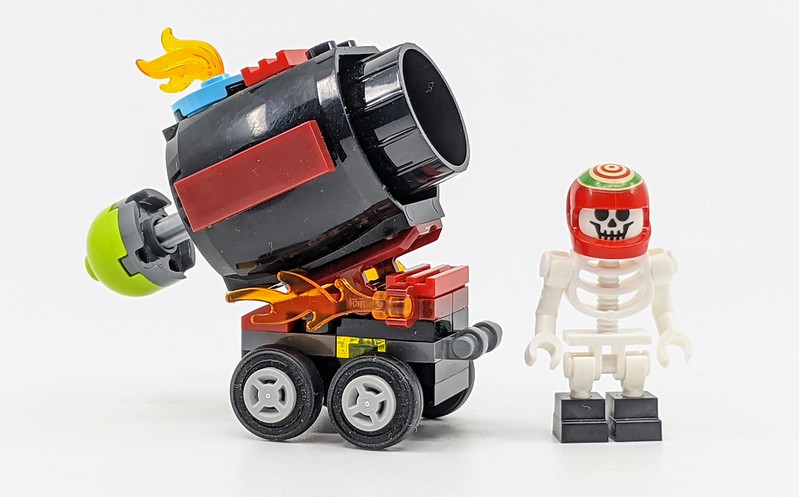 Although only small sets, they are nicely tied to the larger LEGO Hidden Side sets. They are cheap ways to get the Minifigures, although they could appear on future issues of the LEGO Hidden Side magazines. But it’s the minibuilds which are the real draw. I like the cannon for its play features, but the hotdog grill is more fun to build. I’m not entirely sure the Hidden Side element is needed as it looks a little odd. If like me, you love the Hidden Side sets, then you’ll certainly want to track these down to add to your collection. 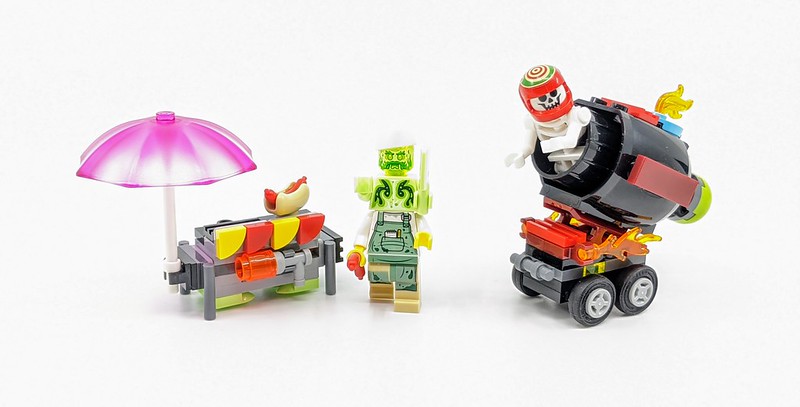