LEGO® promotional sets, recruitment bags or as most of us know them – polybags, offer a selection of interesting builds inspired by current LEGO themes. Here in the UK, they were mostly obtained via newspaper giveaways or from various LEGO GWP promotions. In recent years, they haven’t been the easiest things to locate, but they have started to appear in various magazines, sold in supermarkets, bundled with stationery products and even available directly from LEGO.com as well as LEGOLAND stores. After reviewing a few new sets a couple of weeks ago, I’ve tracked down some new 2021 sets. Some have come from Asda, whilst others have been purchased from The Minifigure Store. So here’s a brief review of them.

This is the second Speed Champions polybag set and when I first saw it, I thought it looked a little rubbish. However, it’s actually a fun little build and almost reminds me of a similar scale diecast toy cars. I still don’t think polybag sets are the best suited for the Speed Champions theme. 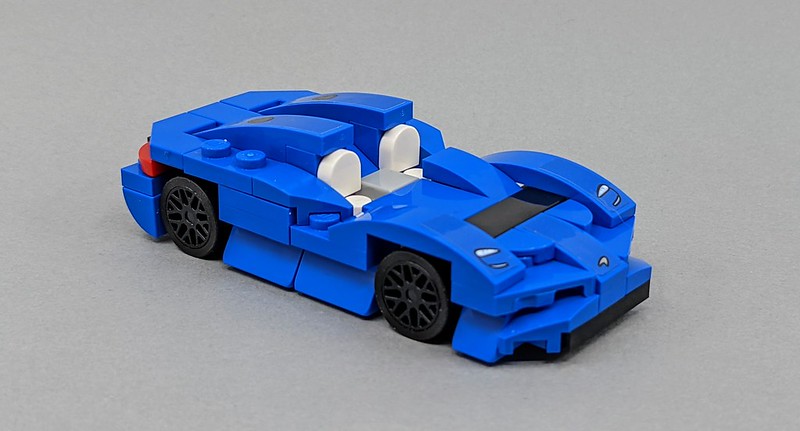 This was first given away on LEGO.com along with a Fire Helicopter set earlier in the year and can now be found in Asda. These watercrafts are almost as commonplace as tiny helicopters and offers nothing much new compared to other past versions. 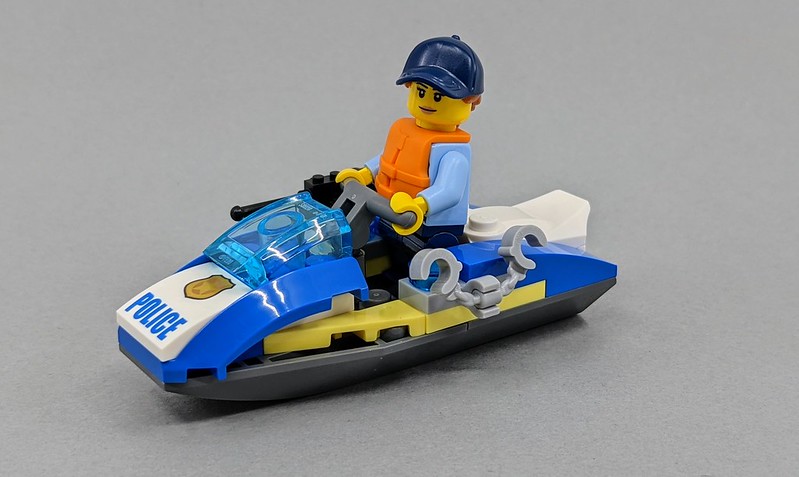 This is another set found in a supermarket Minibuilds selection. It offers two different builds themed around a flower shop. The main build is a cart, which looks great and the alternate build less so as it just a strange counter hybrid. The set also includes two characters, a standard Mini-Doll and a new Micro-doll, which is being used to represent younger characters. 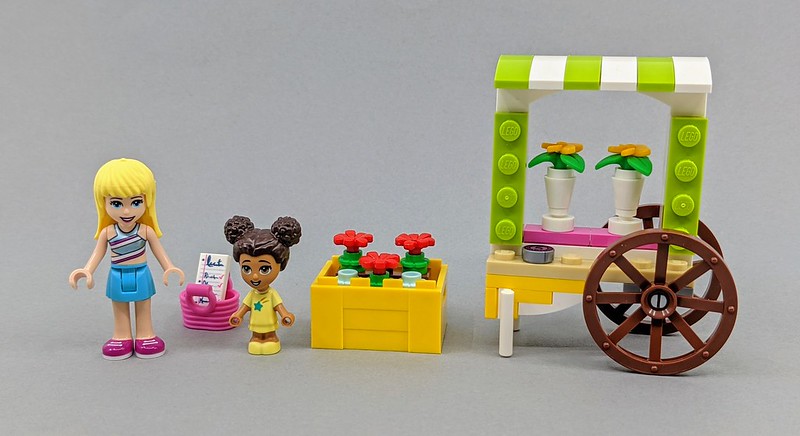 The LEGO Disney has been heavily inspired by the Disney Princess characters. Rapunzel’s Boat is a basic build but has a few details like flowers and gold trim. A Mini-doll of Rapunzel is included along with the newer mould for Pascal, which features the newer print detail. 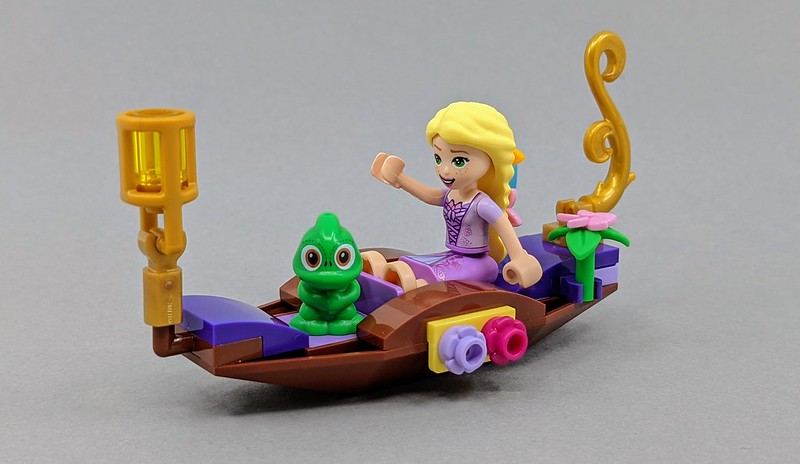 This polybag set features a similar build to the photo cubes from the first wave of LEGO DOTS sets. It’s slightly smaller, but still features the special element needed to hold a photo. There’s plenty of DOTS jewels included so once the basic build is complete you can decorate it any way you wish. 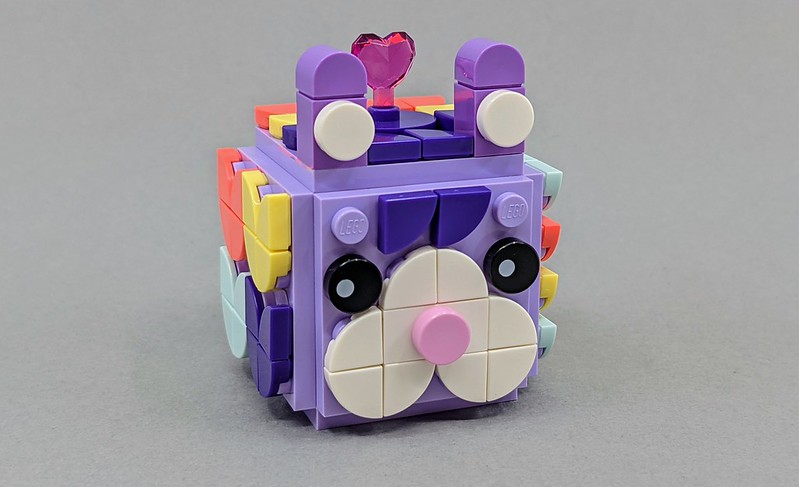 This set reminded me of the Plants From Plants creatures created a number of years ago for the accompanying marketing campaign. The instructions include steps to create one of three different monsters or you can just get creative and build what want. 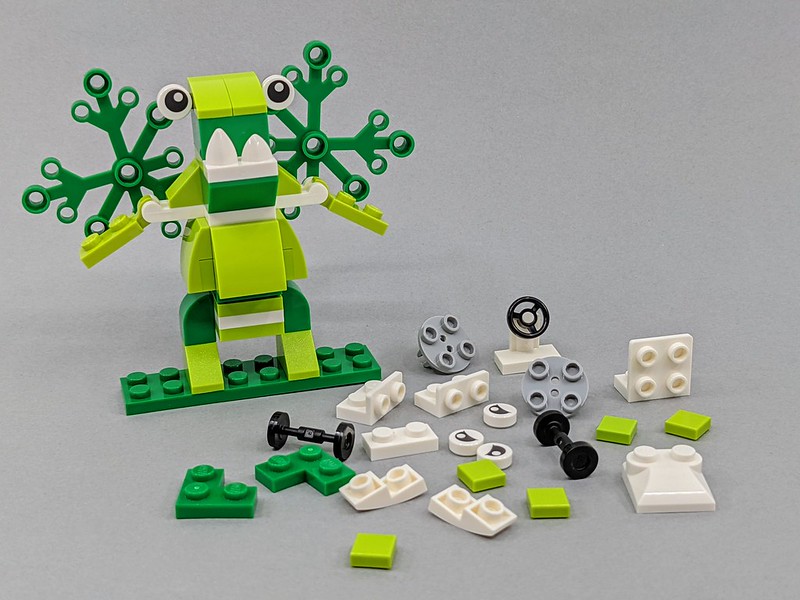 This Creator set is a little odd as it’s not connected to any current or known upcoming LEGO set, nor does it offer the usual 3-in-1 builds. As clowns go, he’s a jolly-looking chap as long as you position those eyes correctly. It’s a nice set to gift for Birthday parties or to give kids nightmares. 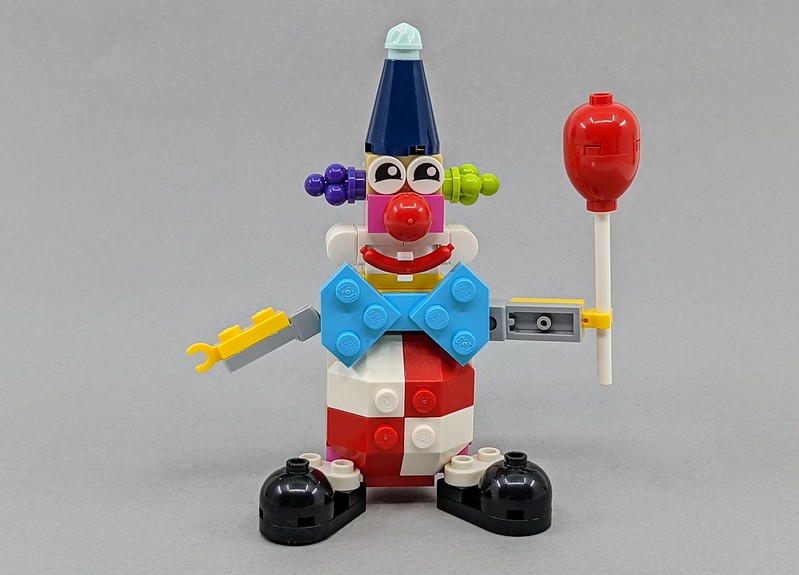 As familiar as the Police Water Scooter is, this LEGO City polybag is totally unique. It’s basically a mobile store. Not sure it’s I’ve seen something like this in the real world, but it’s something different which I like. Plus it includes a LEGO logo torso and two printed tiles. 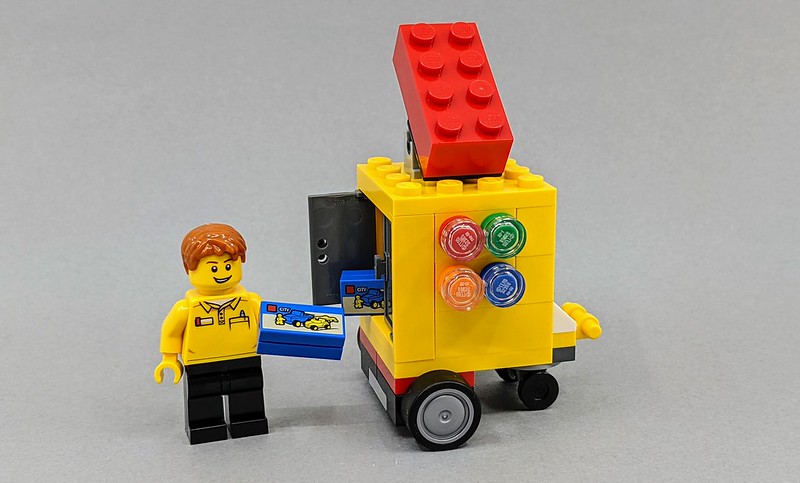 See more new 2021 LEGO Polybag sets in the first part of my review here. These include LEGO NINJAGO, NINJAGO Legacy, Creator 3-in-1 and more.