Countdown To Skywalker Saga – Best Of The Rest

Home » A Look at LEGO.... » Countdown To Skywalker Saga – Best Of The Rest

In under 24 hours’ time, LEGO® Star Wars: The Skywalker Saga will be officially released. So for the final countdown feature, it’s time to look at the rest of the Star Wars titles released by TT Games. Since the original LEGO® Star Wars was released TT Game was purchased by Warner Bros Games and a greater focus was given to Warner-owned IP but they did return to a galaxy far, far away in 2016 for the first of a new trilogy of films released by Disney. The Force Awakens followed the story of this new chapter of Star Wars history.

A long-forgotten TT Games developed LEGO Star Wars title was a free-to-play title for mobiles based on the LEGO Star Wars MicroFighter sets. The top-down shooter was great fun to play evoking the style of gameplay from many classic arcade games of 80s. The art style was also really cool, offering illustrated graphics. It has become so forgotten, there’s no trailer for the game and it was later replaced with an awful 3D endless runner time game. 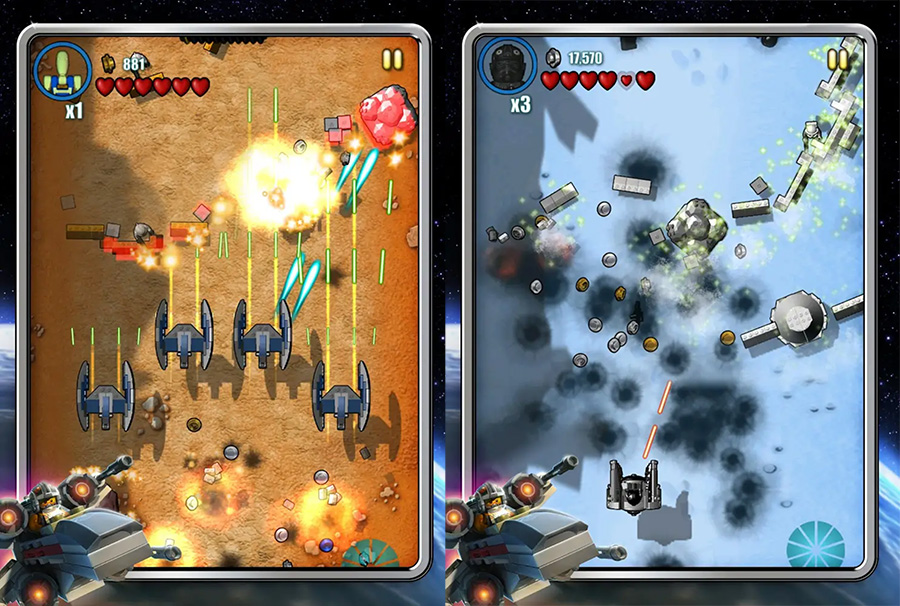 TT Games would use LEGO Star Wars to create one of their first original mobile titles. LEGO Star Wars Battles was released as a BETA in various countries in 2020 before being shut down before getting a widespread release. It was later re-released as an Apple Arcade title. This top-down PVP battler allowed players to battle as either the light or dark side armies. Although being an Apple Arcade title stripped out the in-app purchases, the subscription will of Apple service has limited player base.

LEGO Star Wars: The Skywalker Saga will be released tomorrow and is available on PS4, PS5, Xbox Series consoles, Nintendo Switch and PC.