With Marvel Studios Eternals hitting cinema screens tomorrow, it’s time to continue the reviews of the LEGO® Marvel Eternals sets, with a look at the Deviant Ambush set. This is another smaller set and just like Aerial Assault, it’s focused on one of the gruesome-looking Deviant creatures. It also features three more members of the Eternals, including one exclusive to this set. The Deviants emerge after the Avengers return the lives snapped out of existence by Thanos. This causes the Eternals to come out of hiding. So let’s take a look at the Eternals Deviant Ambush set. 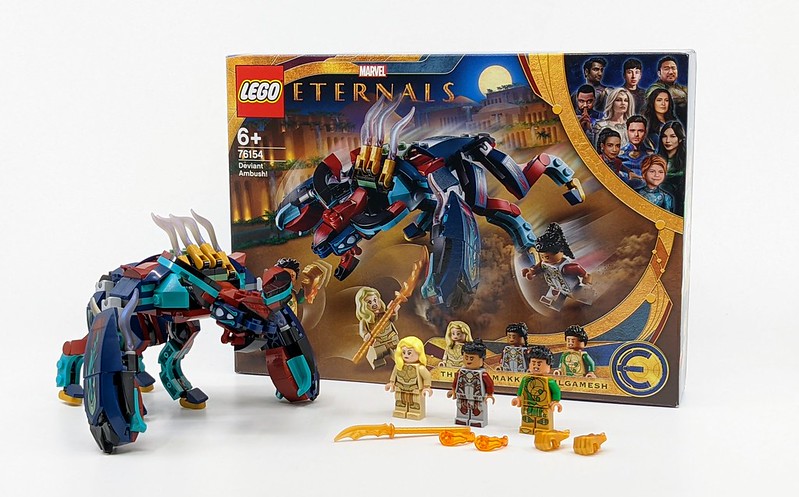 With LEGO® Marvel Deviant Ambush! (76154) kids can recreate the action and excitement of the Marvel Studios’ The Eternals movie and dream up superhero adventures of their own.

Packed with action from 2021’s Marvel Studios’ The Eternals
When a 6-legged Deviant with a biting mouth launches an attack on 3 of The Eternals – Thena, Gilgamesh and Makkari – kids must come to their aid with all their superhero skills. With 3 superhero minifigures, youngsters can imagine deploying their superpowers: Thena’s ability to summon hand-to-hand weapons, Gilgamesh’s super-strength and Makkari’s phenomenal speed. And, if you’re buying for a minifigure fan, this awesome LEGO playset is the only one to feature the Gilgamesh minifigure! 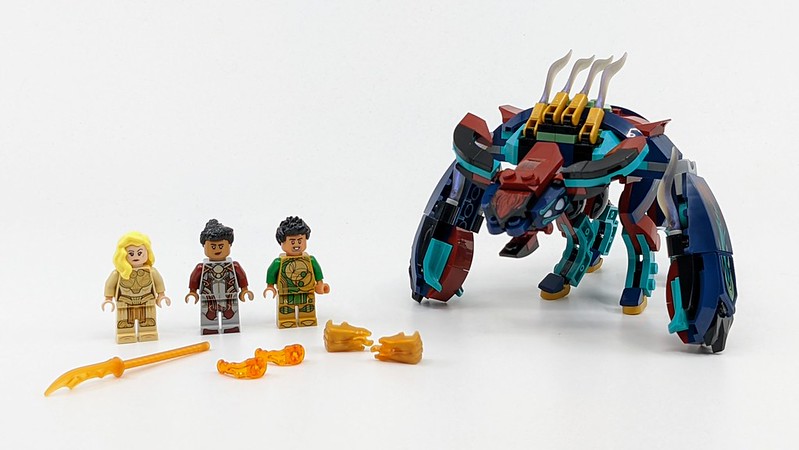 Despite both the Eternals and Deviants descending from the same gene, they have a vastly different appearance. The Eternals have a human-like look whereas the Deviants have a more monstrous appearance. The perfect balance for a LEGO set, as you are treated to both the good and evil, a popular trait of LEGO play. Although Deviants feature in all four sets, this is probably the best and more detailed of the smaller creatures. 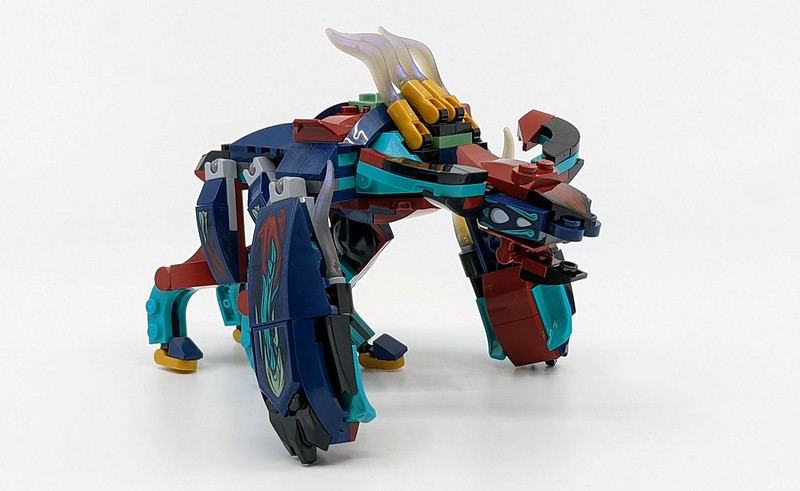 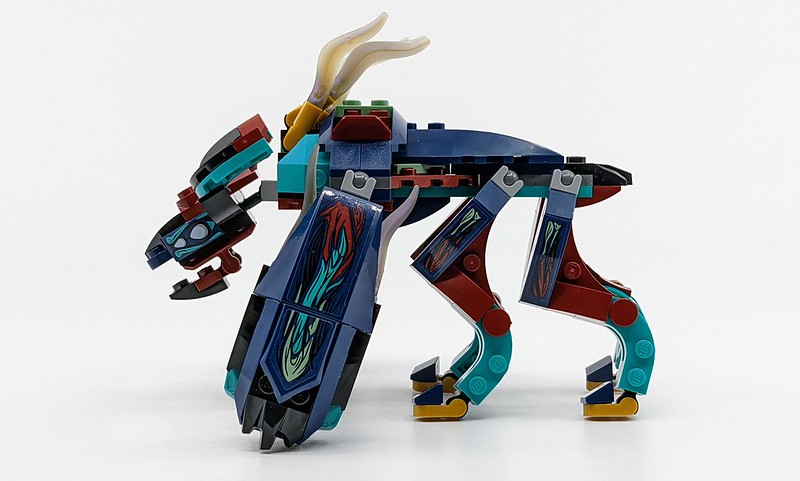 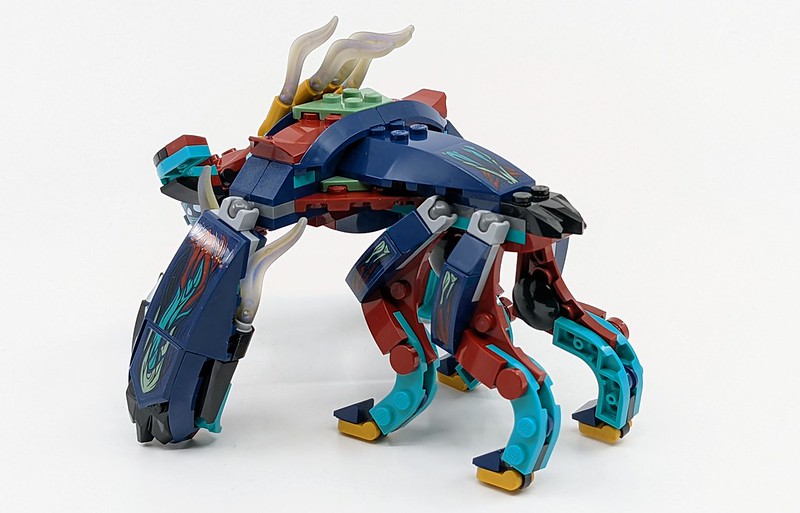 This Deviant is one of only two which have a quadruped feel to them. This has six legs so I guess it would technically be a hexapod, although this is more commonly directed to insects, this is definitely more mammal-like. Unfortunately, the mass of legs doesn’t make it very posable, in fact, quite the opposite. The two large chunky front legs make the creature extremely top-heavy. This also directly affects the two pairs of smaller rear legs as they can’t really sit flush with the ground. But with all legs touching a surface it stands up OK. 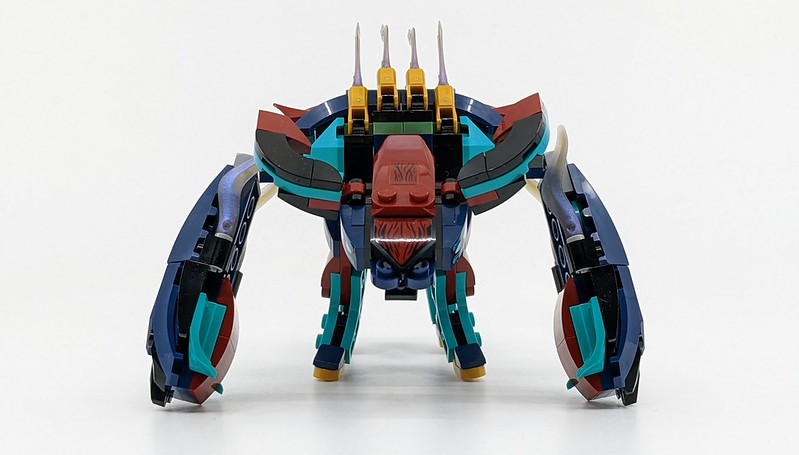 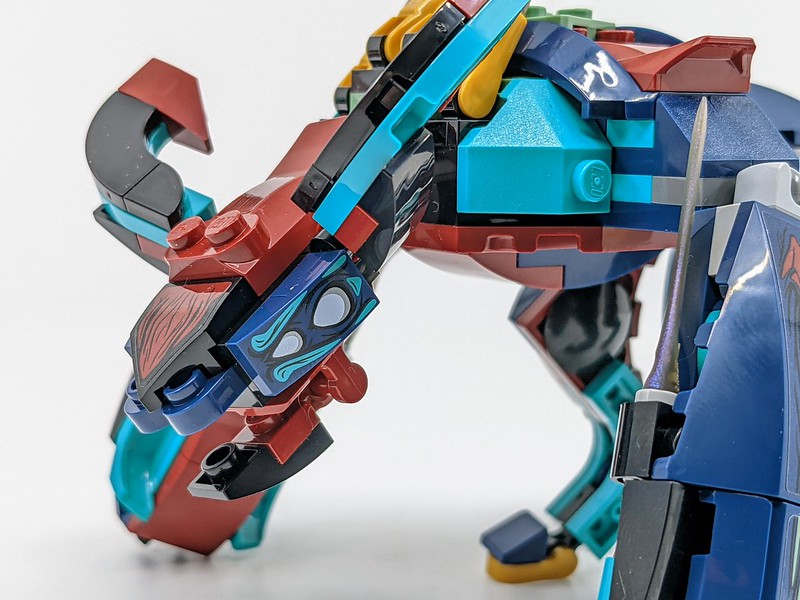 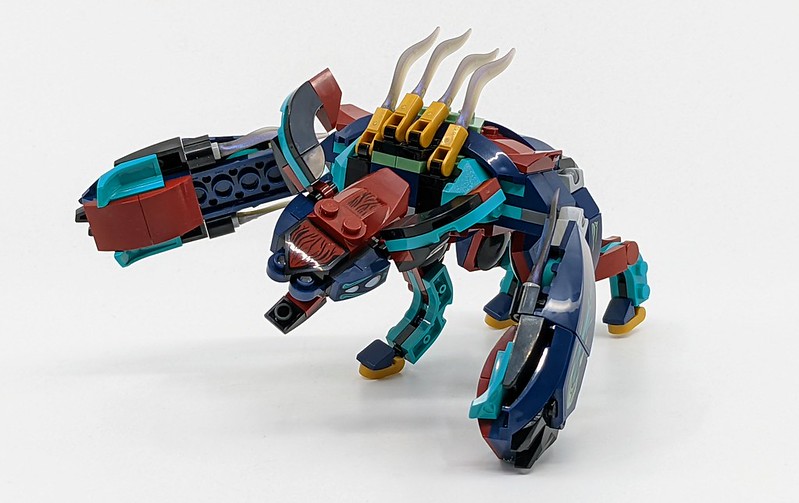 One thing I like about the Deviants is their uniformity. Although they all look different, they all have the same colour scheme and pearlescent tentacles. There’s a mix of a printed element for the head and stickered pieces elsewhere on the body. These add flares of details, especially on the larger front arms. 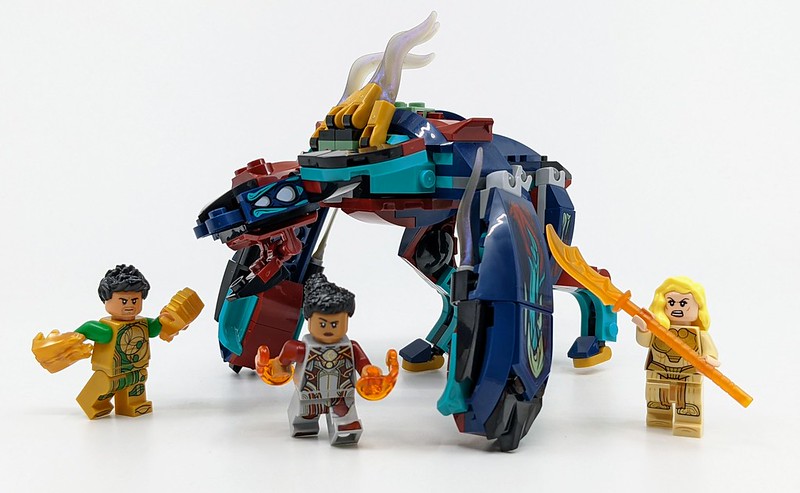 Along with the Deviant, the set also includes three Minifigures and three more members of the Eternals, including one exclusively found in this set. They include Thena, played by Angelina Jolie, Makkari played by Lauren Ridloff and Gilgamesh, played by Don Lee. As with the Aerial Assault set, the Minifigures offer a mixed bag compared to their on-screen counterparts. The outfits are spot on, with great print detail on each. But the heads and hair are a little iffy. Thena wears a golden tiara, although I wouldn’t expect a new hairpiece to be created to accommodate this, it could have been printed on the head. 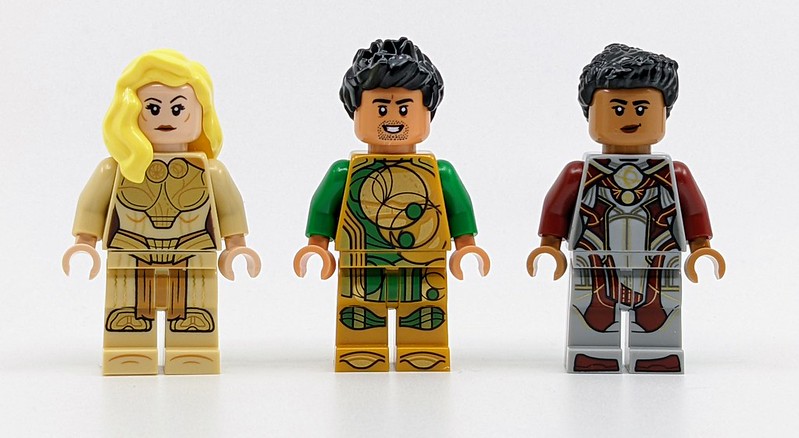 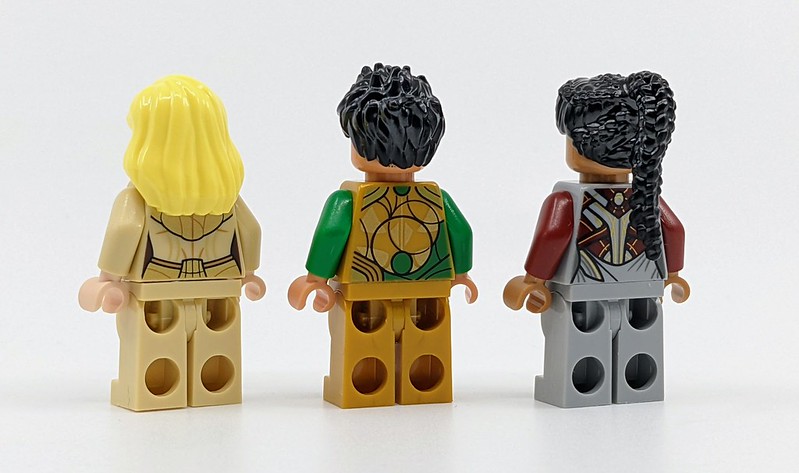 Before checking on the characters in the set, I assumed the male Minifigure was Kingo, due to his cheeky grin. So I was very surprised when it turns out the character is in fact Gilgamesh. From what’s been shown in the trailers, he is a rather serious-looking person and is quite well built. This doesn’t come across through his Minifigure. His cosmic-powered fists however are great as is Thena’s bladed staff, the gold colouring works well enough to replicate their projected weapons. Makkari fares a lot better, her hair is perfect, the only downside is her longer flowing tunic isn’t included. A simple material piece could have rectified this.