Since its release back in 2013, Disney’s Frozen has become a cultural phenomenon. The original movie, along with its various shorts and sequel has been the inspiration for a number of LEGO® products. Last year those sets expanded beyond playsets to include buildable characters, with the first being Summer-loving snowman, Olaf. Now another character from Frozen II has been transformed into a cute brick-built creature. We first meet Bruni in the Enchanted Forest, where the elemental fire spirit becomes attached to Elsa. But does this critter, retain that cuteness in LEGO form? Here’s my review of the LEGO Disney’s Frozen Bruni the Salamander Buildable Character. 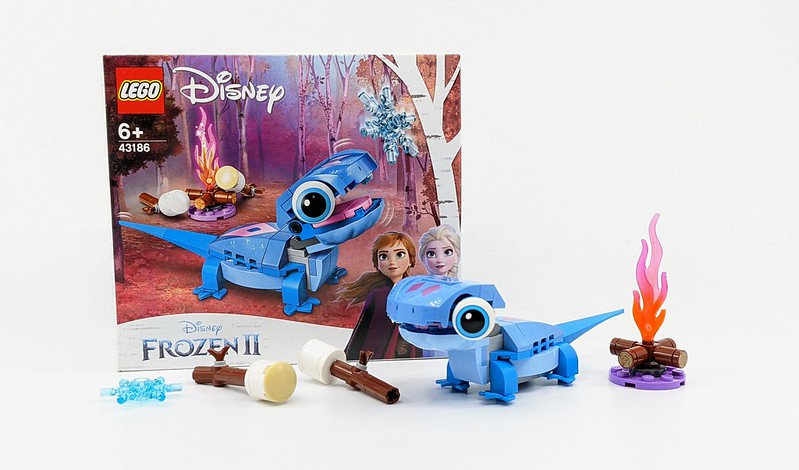 The build includes a small campfire, which nicely connects to the elemental power of fire, which Bruni represents. The printed 1×1 log ends, really add to the overall look of this simple structure and the pinky-orange flame is a neat addition, as it feels a little more magical than the standard flame elements. Where there’s a campfire, marshmallows aren’t far away, with the sets featuring two fluffy treats on the end of a pair of twigs. These are created from a couple of brown Technic axle connectors as ywigs. White 2×2 round bricks and plates are the perfect way to recreate a marshmallow sweet, I love the simpleness of a tan piece to show a slightly toasted end to the marshmallow.

Being a small lizard-like creature, Bruni is the perfect critter to be recreated in LEGO form. It may not be a complex build or feature many parts, but the elements used to create it are extremely well used. In particular for the head of Bruni, which is partly crafted from a clamshell piece and an element normally found on vehicles. 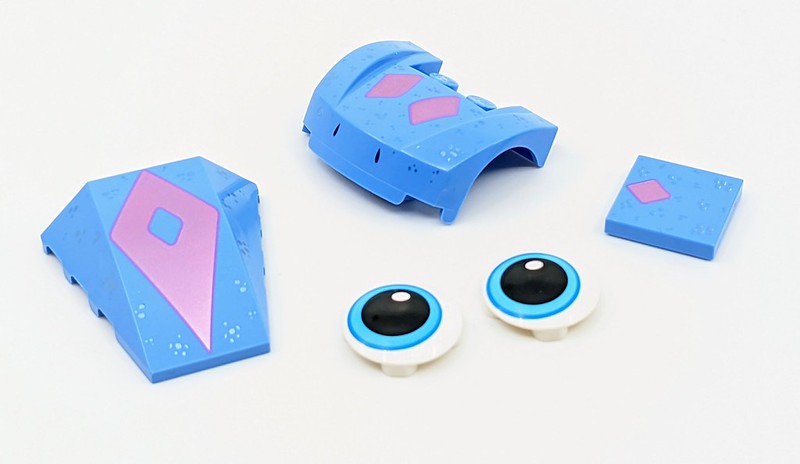 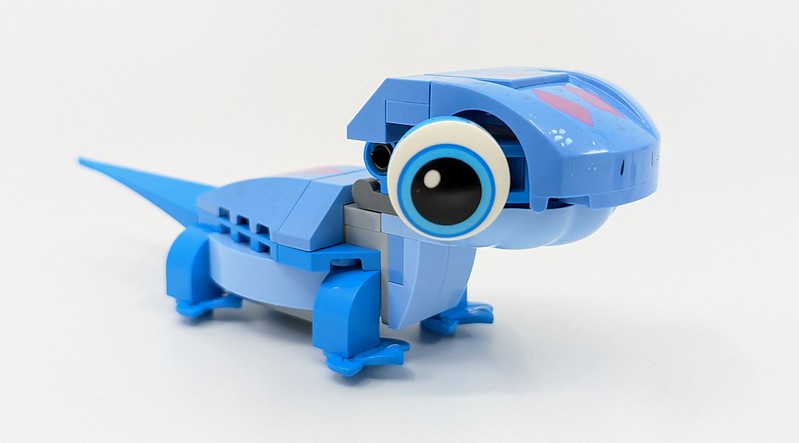 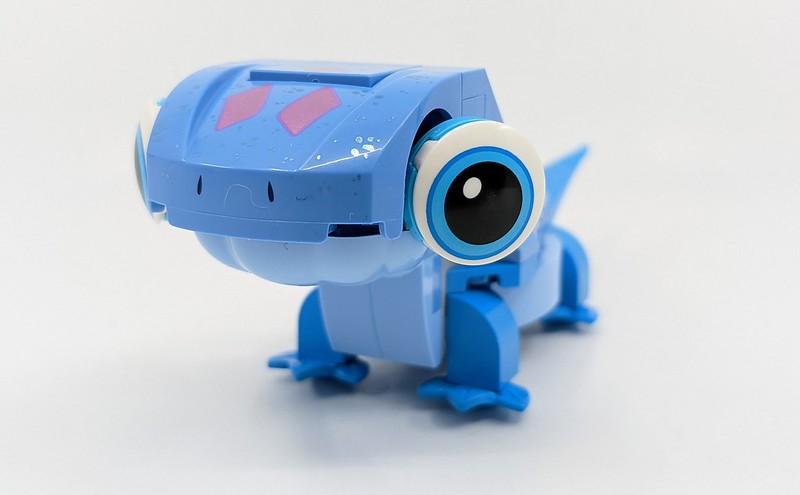 Another much-appreciated aspect of the set is the detailing featured on the head and body of Bruni. This is all achieved by printed elements, which include that car bonnet element, a sloped plate, 2×2 tile and a pair of convex 2×2 round tiles for the eyes. I also really like the use of the three-leaf plant elements for the feet, plus this element has only appeared in a couple of sets in this colour. These all add to the charm of the set. 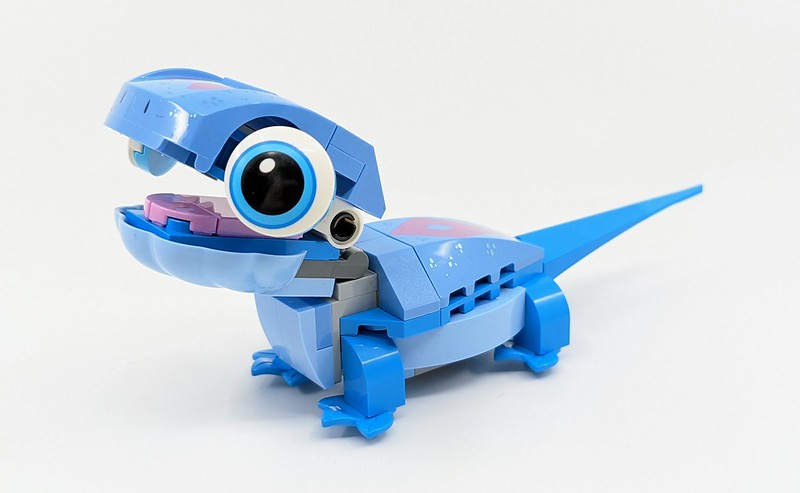 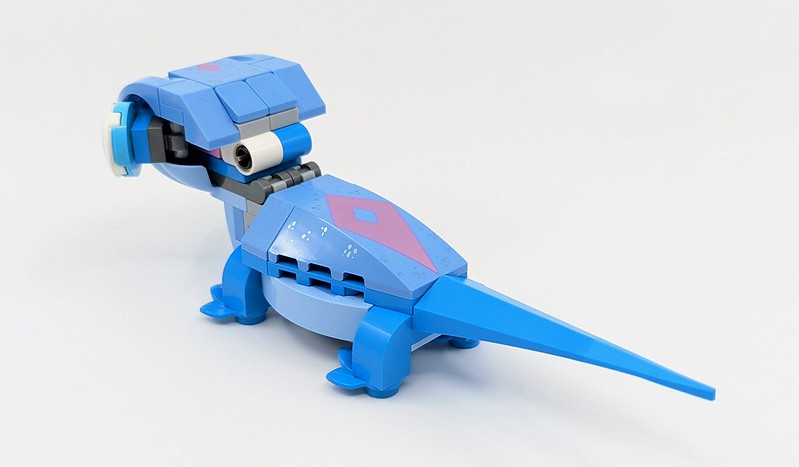 This delightful little set will probably get lost among all the sets released this week, but if you want a simple little set bursting with character, you won’t find anything better. The use of parts is great and I especially like the printed elements, when combined they do a great job of capturing the appearance of the character. It’s simply a neat little set and certainly worth checking out, as well as being the perfect treat for Frozen fans of all ages.