When Disney Animation release Frozen in 2013, no-one could have predicted it would be the phenomenon it became. Six years on and Disney are set to return to the kingdom of Arendelle for a second Frozen adventure. Over the past few years LEGO® have released a couple of different sets based on Frozen but for its sequel they have dedicated an entire subtheme to the movie. One of the most beloved characters from the world of Frozen has to be the happy-go-lucky snowman Olaf. No matter what life throws at this frosty fun-loving snowman, he’s always got a grin on his face. But has that overbearing sense of wonder been perfectly captured in this new Frozen II set? Let’s build a snowman and find out. 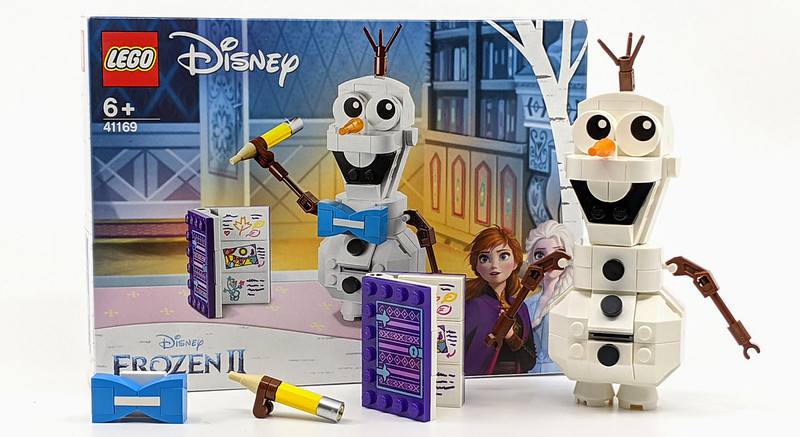 This LEGO® brick-built Olaf toy is loads of fun to build and play with. His arms and neck are articulated so you can position and move him however you like, and he comes with Frozen accessories to add to the fun. Disney Frozen II fans can channel the joy of this lovable snowman as they put on his blue bow tie or help him hold his pencil to write in his journal as he discovers the various wonders of life. When displayed at home or at work, this buildable Olaf Frozen character figure adds a ray of sunshine on even the coldest day, and is a great Frozen gift idea for Disney fans. 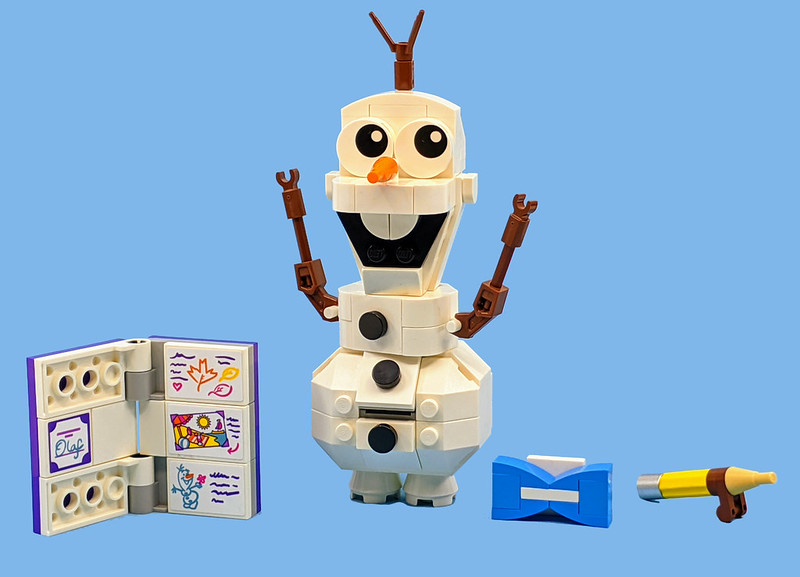 Before you get to build a snowman, there are three little accessories to create. These include a pencil, bowtie and an impressive little book. This is Olaf’s journal, which he uses to chart all the wonderful things he’s discovered. The inside of the book has a number of flat tiles, which have stickers on, to represent Olaf’s doodles. These are very cute, especially the one featuring a little cartoon Olaf. It’s a shame there aren’t printed pieces, but you can’t moan too much considering the price of the set. The pencil and bowtie are fairly simple builds and both can be attached to Olaf. The pencil neatly fits in his hands and the boxtie can replace the top button on Olaf’s chest. 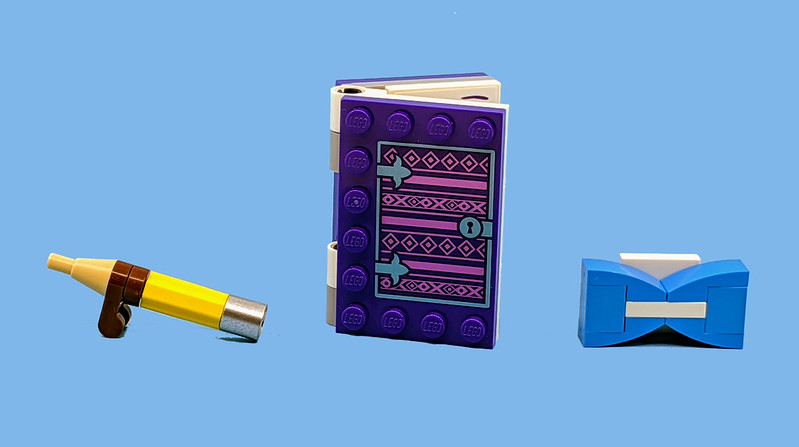 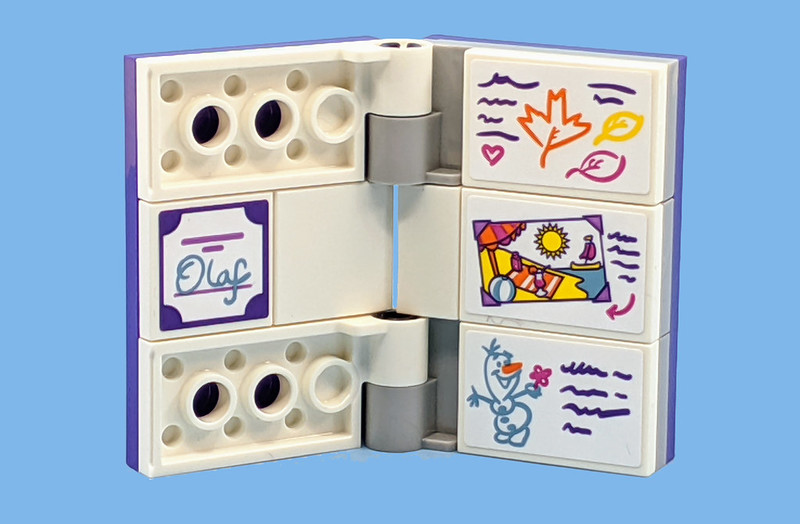 Just as you would a real snowman, Olaf is built in three different sections. These not only allow for the movement of each section, but also help to give the unique shape of Olaf’s body. Each section is connected together with a simple Technic pin. 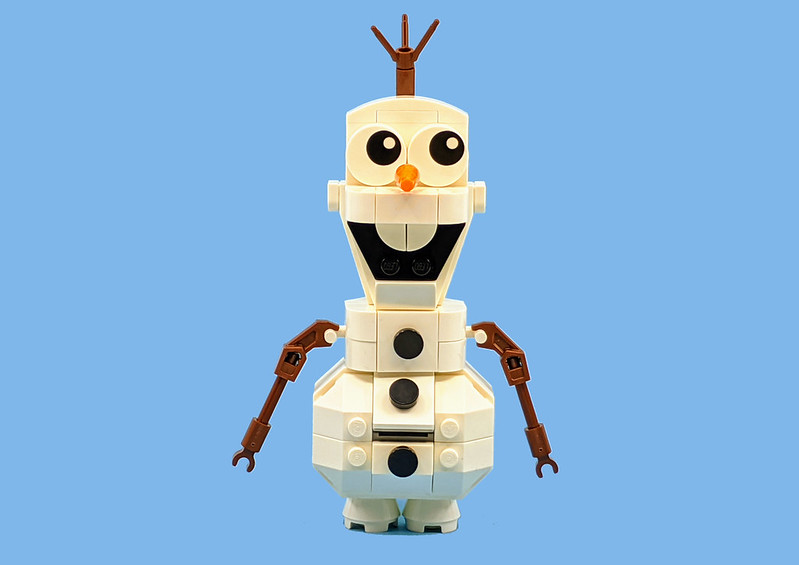 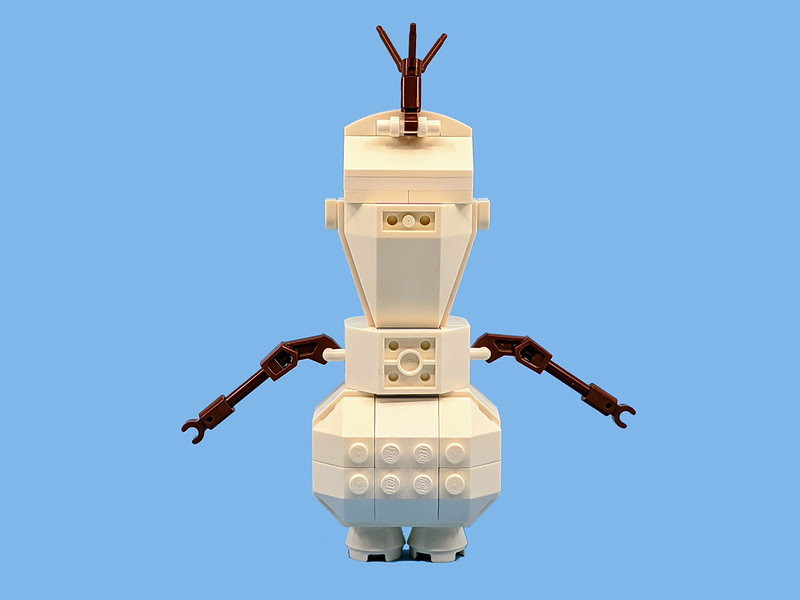 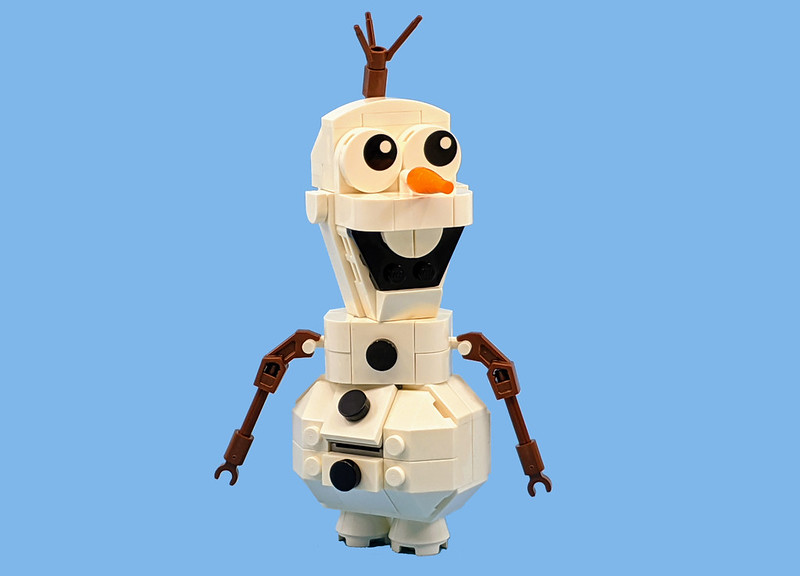 Olaf’s head is quite an impressive little build, it uses a selection of different elements to create his longish head and beaming smile. The eyes are 2×2 round tiles which were often used in the Mixels sets. They do work well for Olaf look but also give him a slightly distance look, which kind of works for Olaf’s distracted character. 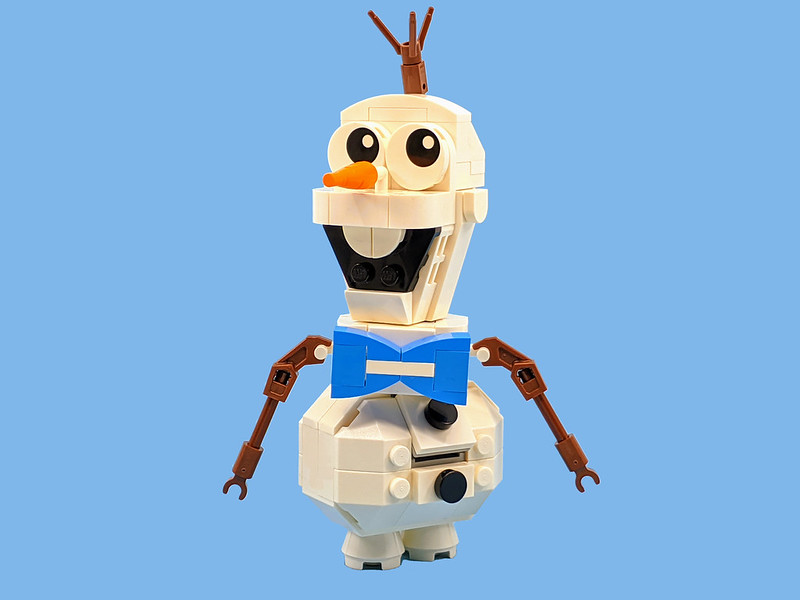 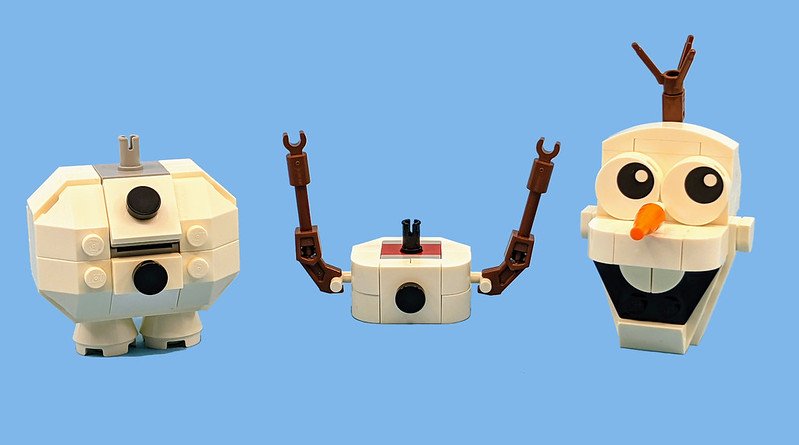 When the set was first revealed, at first glance it looked larger than what it turned out to be. But once I saw the box, the sets pricing and of course building it, I soon realised it was quite small. Despite its small stature it’s a fun little set, which perfectly captures Olaf’s appearance and sense of wonderment. For the sets price, you get a decent little build and good selection of elements. If the Mini-dolls in other Frozen sets, aren’t your thing but you still want to build a Frozen set, then this is perfect one to grab. 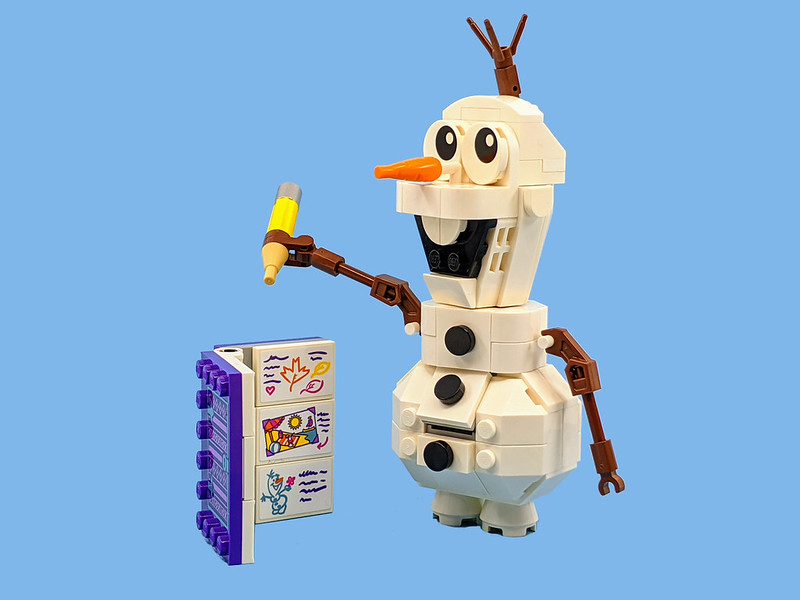