After introducing the Pets sub-theme to the LEGO BrickHeadz line earlier this year it’s expanded to feature various animals including cats, dogs, fish and birds. The latest addition to the line-up is another pair of dogs, this time around the spotty Dalmatian. The Pets BrickHeadz offer something a little different to the general BrickHeadz sets. Firstly they come with their own displayable dwellings and also include both standard size and smaller sizes infant characters. So ahead of the set’s release next month, here’s my advanced look at set 40479: LEGO BrickHeadz Pets Dalmatians. 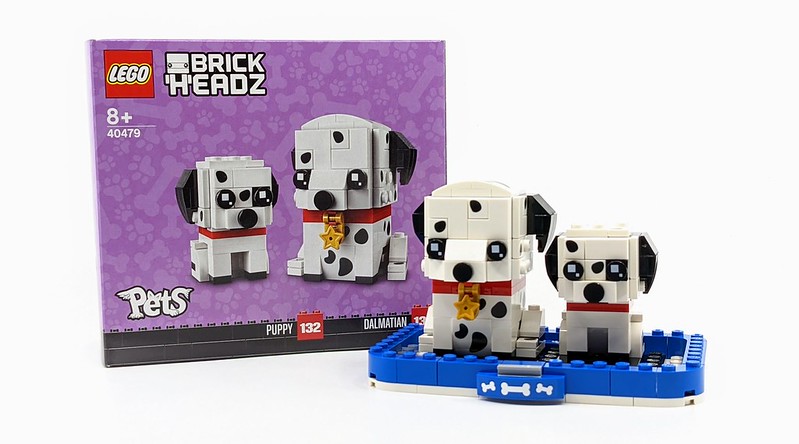 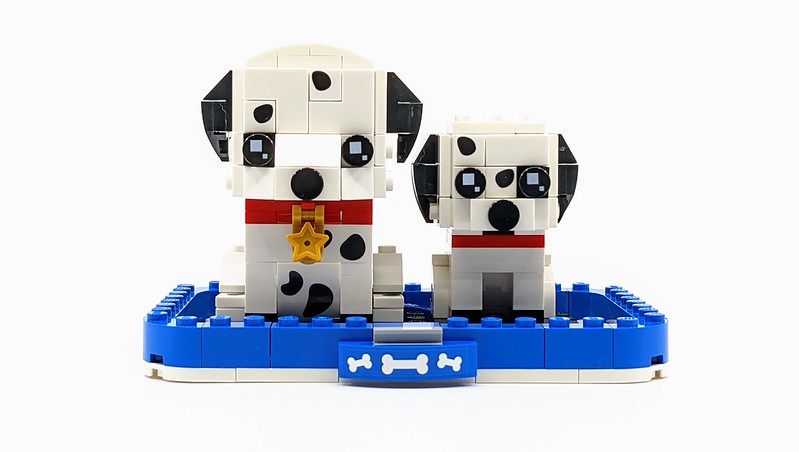 The set features a standard-sized BrickHeadz character and a smaller companion, with the normal style of display plate, switched out for a bed-type build, in which both BrickHeadz characters can sit. This bed like display platform includes different stickered bow plates to affix to the front of each bed, I’m still unsure as to why.

BrickHeadz sets have a unique style, it’s what makes them such an interesting collection of sets. Obviously, that base design is tweaked to capture the various styles of the characters they are representing. Until recently, creatures haven’t featured much across the 100 or so sets, which has changed greatly in this year. Although the two dalmatians have a slightly different appearance to other BrickHeadz, they follow a very similar build style. That includes a ‘brain’ within the innards of the BrickHeadz and central core clad with an outer skin. The main difference is the way the legs are added and of course, things like tails and ears. 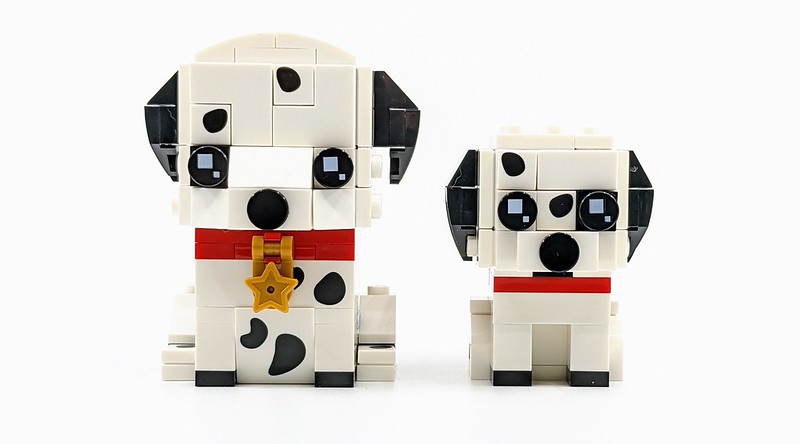 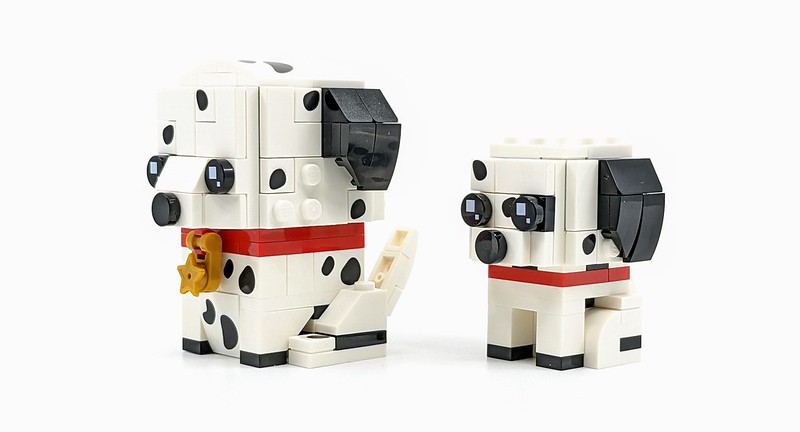 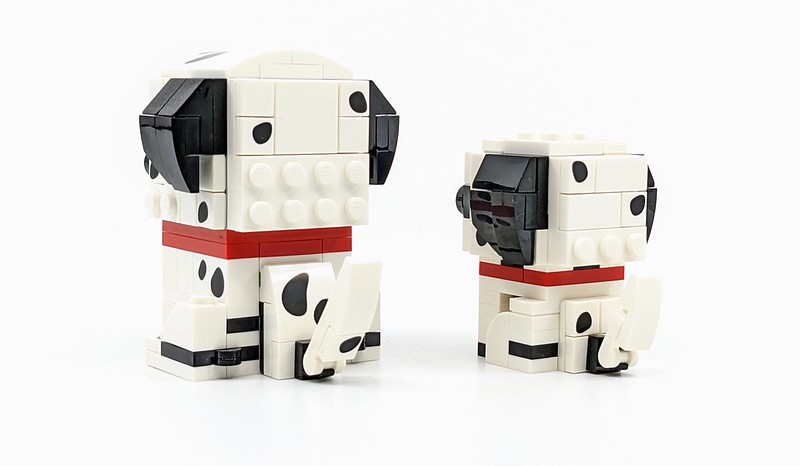 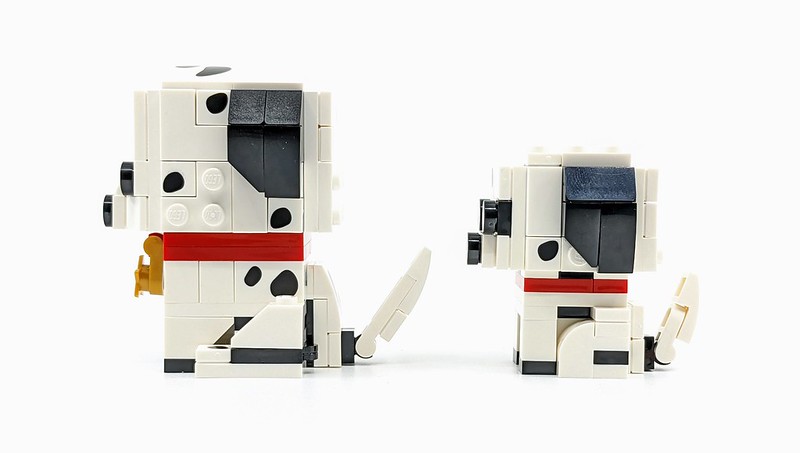 Unlike the previous BrickHeadz dogs, the dalmatians feature a number of printed pieces to capture the spotty fur of the breed. This certainly helps to place what type of dogs the builds are recreating. I especially like the collar on the larger dog, the little star on a clip stud makes the perfect collar tag. The Dalmatians BrickHeadz will be available from June 1st and they join previous sets which include German Shepherd Dogs and Shorthair Cats, along with Budgies and Goldfish. 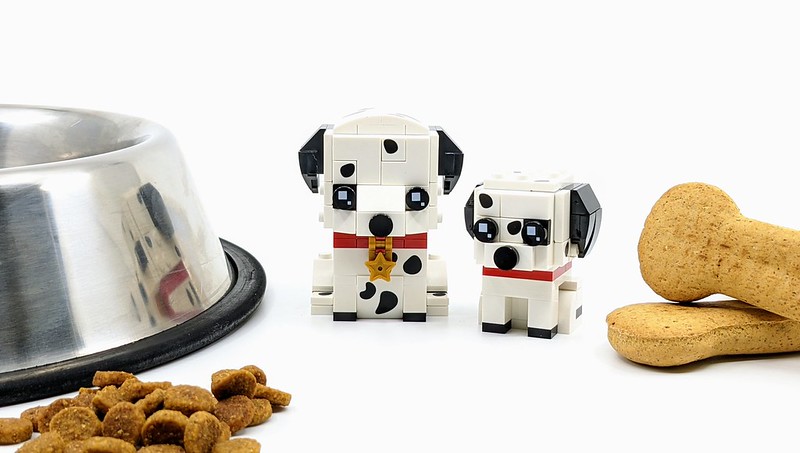