When the clock strikes midnight on December 31st, we are not only treated to a new year but also masses of new LEGO® sets. As well as plenty of new builds based upon various themes, there will also be a range of other fun LEGO builds. One of which is the LEGO Birthday Set. I’ve been sent the set early to take a closer look at, so let’s see what set 40382 is all about. Before we go on full details of this set are currently unavailable, so there is no confirmation on pricing. But the set will be available from January 1st from LEGO Stores and LEGO.com. 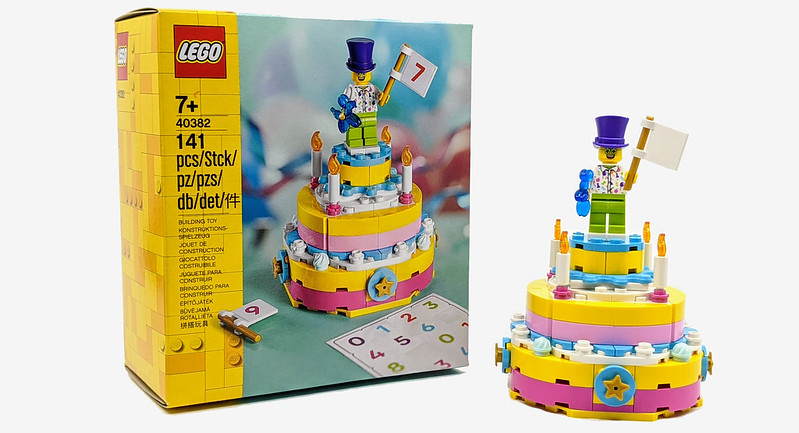 Wish the LEGO® fan in your life a very happy birthday with this LEGO Iconic Birthday Set (40382)! This colorful construction toy features a brick-built cake with a top tier you can spin round, plus decorations including buildable candles and a balloon animal element. There’s also a top-hatted minifigure to stand on top of the cake holding flags with the birthday boy or girl’s age on it from a sticker sheet. Great for solo or group building, it’s a fun way to celebrate a special day!!

There have been a few Birthday themed sets released over the years as well as a few brick-built cakes but it’s been a while since there has been a dedicated birthday build. The 141 piece set features a tasty looking three tier cake, along with an exclusive Minifigure and various numbers to highlight ages. 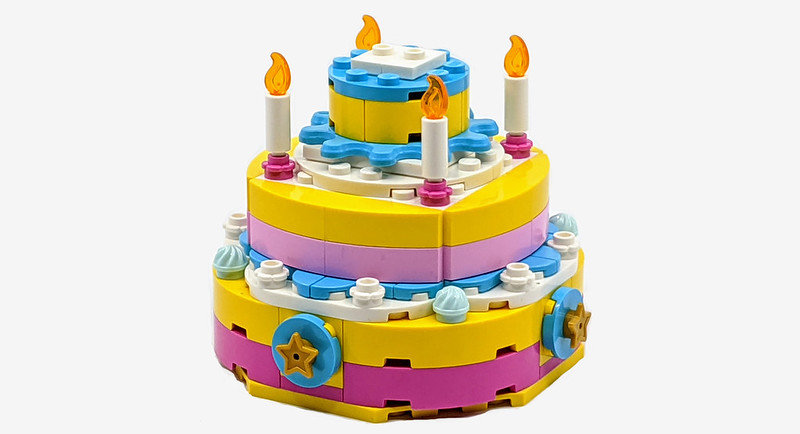 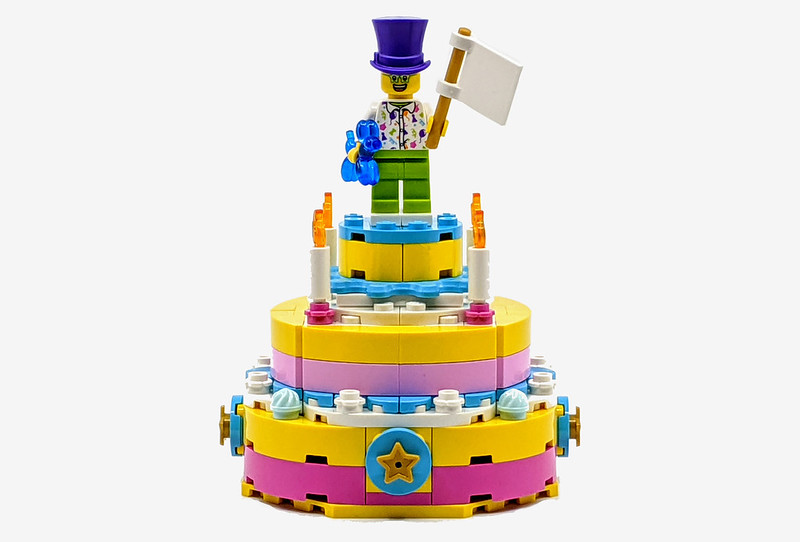 Despite the pastel colours being used to create the cake various levels, it works quite well. In fact these colours look a little more like icing more than brighter colours would. The top tier of the cake is mounted on a turntable element which allows it to be spun about. This also uses one of the new ‘splat’ plates, which adds to the feel of icing. It wouldn’t be a cake without some candles and the new candlesticks and flame elements introduced with the Harry Potter, do the jobs perfectly. 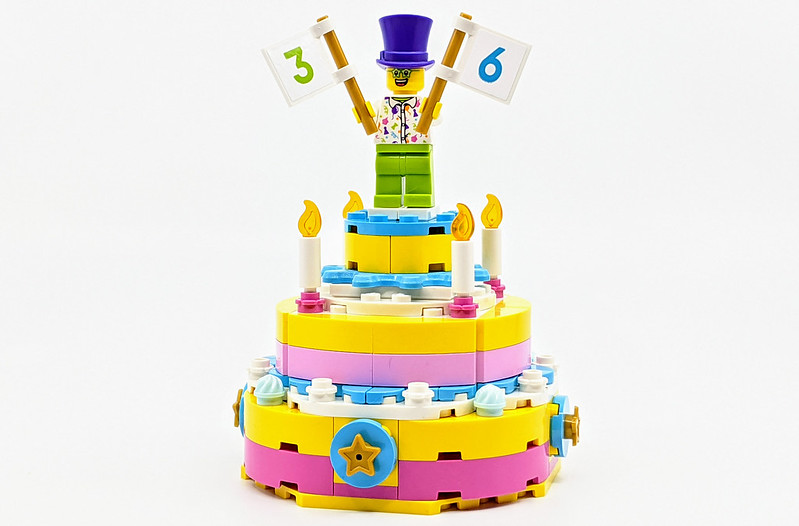 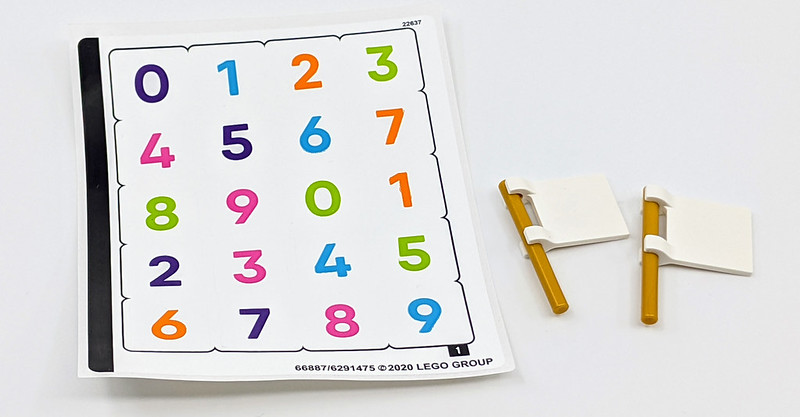 Finally there is a rather jazzy looking Minifigure, who is exclusive to this set. His look may have been inspired by Elton John as he’s sporting star-shaped glasses and a rather funky shirt, decorated with mini balloons and confetti. His look is finished with one of the new top hat elements, introduced in the 40th anniversary Minifigure series. There is also a balloon animal element from that same series. The Minifigure can also hold one of two flags. These can be customised with the addition of sticker numbers. Depending upon the age of the birthday boy or girl, the flags can be used to show the age. 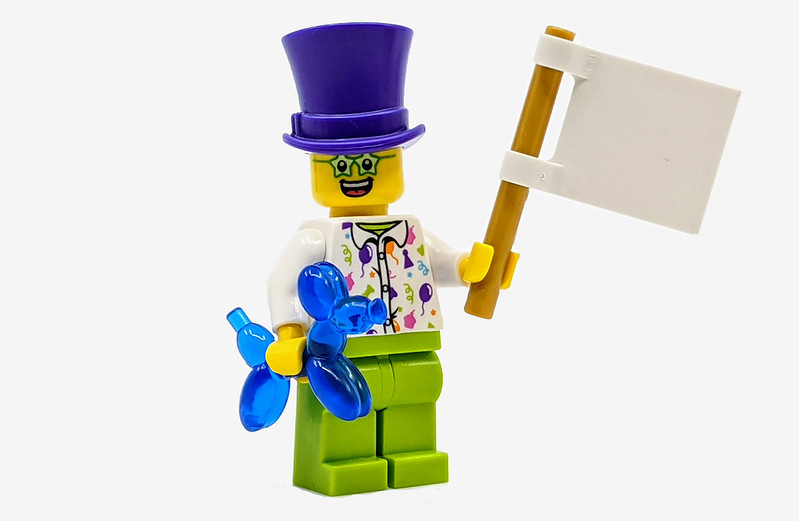 There have been many different seasonal LEGO sets released over the years, but ones which celebrate Birthdays are few and far between. So it’s nice to have a fun little set like this to gift someone on their Birthday. I love the colours, despite them being mainly pastel ones. I also like Minifigure, it would have been nice if a few more elements were included to customise it a little more. The flags are a nice idea for displaying ages. But once the stickers are added they would be very difficult to remove without damaging them. A little tip make sure you get the numbers on the right sides of the flags so they can be displayed nicely.