This year marks the 40th Anniversary of LEGO® Trains. These buildable locomotives have captured the hearts of LEGO fans across the globe and LEGO train fans are one of the most dedicated of the AFOL communities. To celebrate the special milestone LEGO have created a commemorative set, which will be given away with certain spend amounts during March. Now I don’t normally get to review many GWP sets but I was offered a chance to take a look at the set ahead of its promotional period next month. So this is my review of the LEGO Trains 40th Anniversary Steam Engine promotional set.

Although there have been brick-built trains since the late 60s, it wouldn’t be until 1980 that the theme became more uniform and widespread, as well as using the moulded track system. It also changed to help incorporate Minifigures. This particular set is based on a LEGO train released in 1980, namely set 7810: Push-along Steam Engine. The appearance between the original set and this recreation is very similar although, the overall build is a little different. 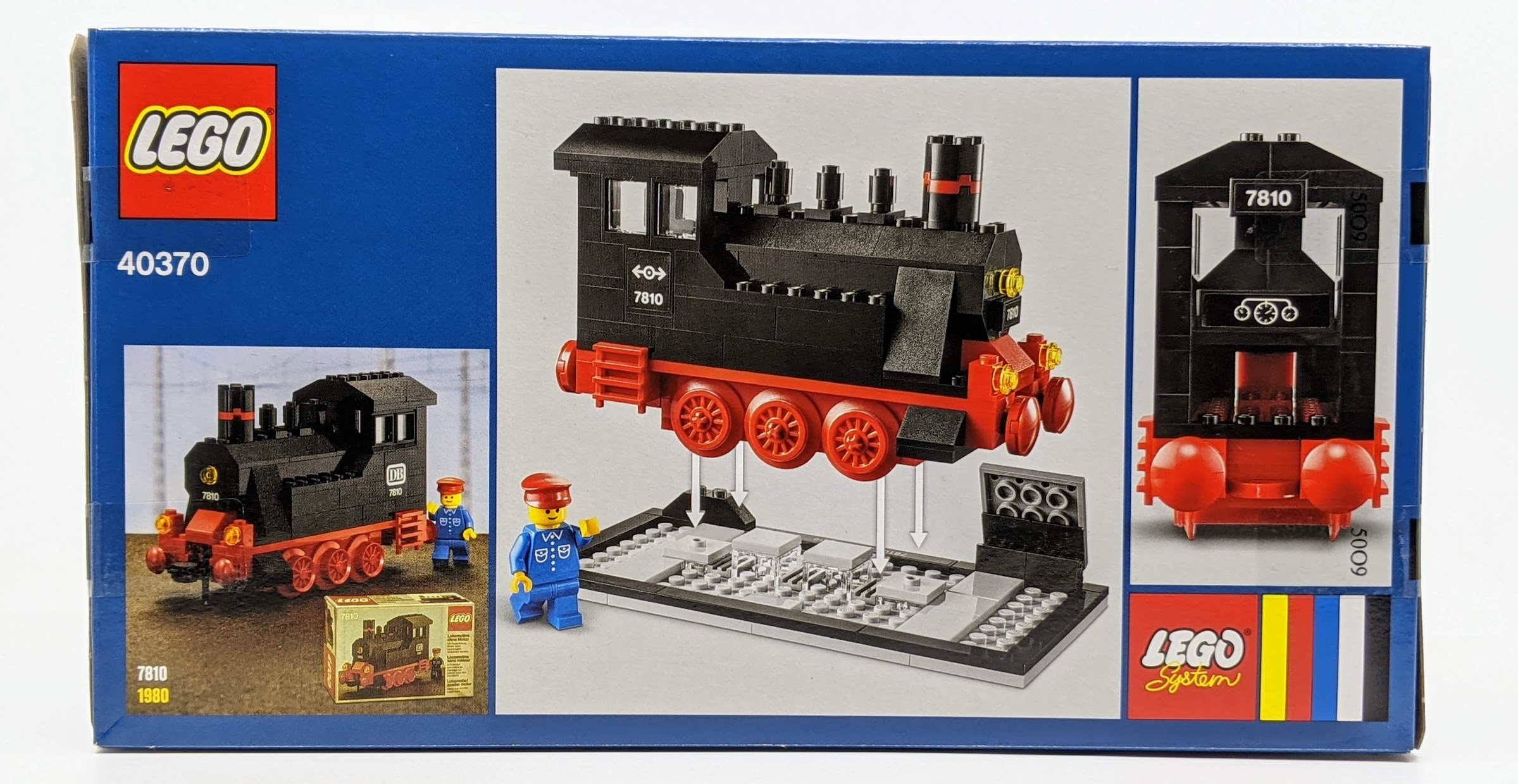 The set comprises of two pieces a display plate and the train. The base is a little similar to the other LEGO sets, like the recent Lunar Lander or the Architecture sets. It’s mainly made up of grey plates and flat tiles, with sticker detail on one to show the name of the set. Running along the centre of the display base is a couple of transparent bricks and single stud topped 2×2 tile. This is where you can mount the train. A couple of sloped bricks act as a plinth to stand the included Minifigure and there is also a 4×4 tile, upon which you place a sticker featuring the LEGO Trains 40th Anniversary logo. There is an argument for the stickered elements to be printed, but they are actually shiny, which cannot be achieved with print. 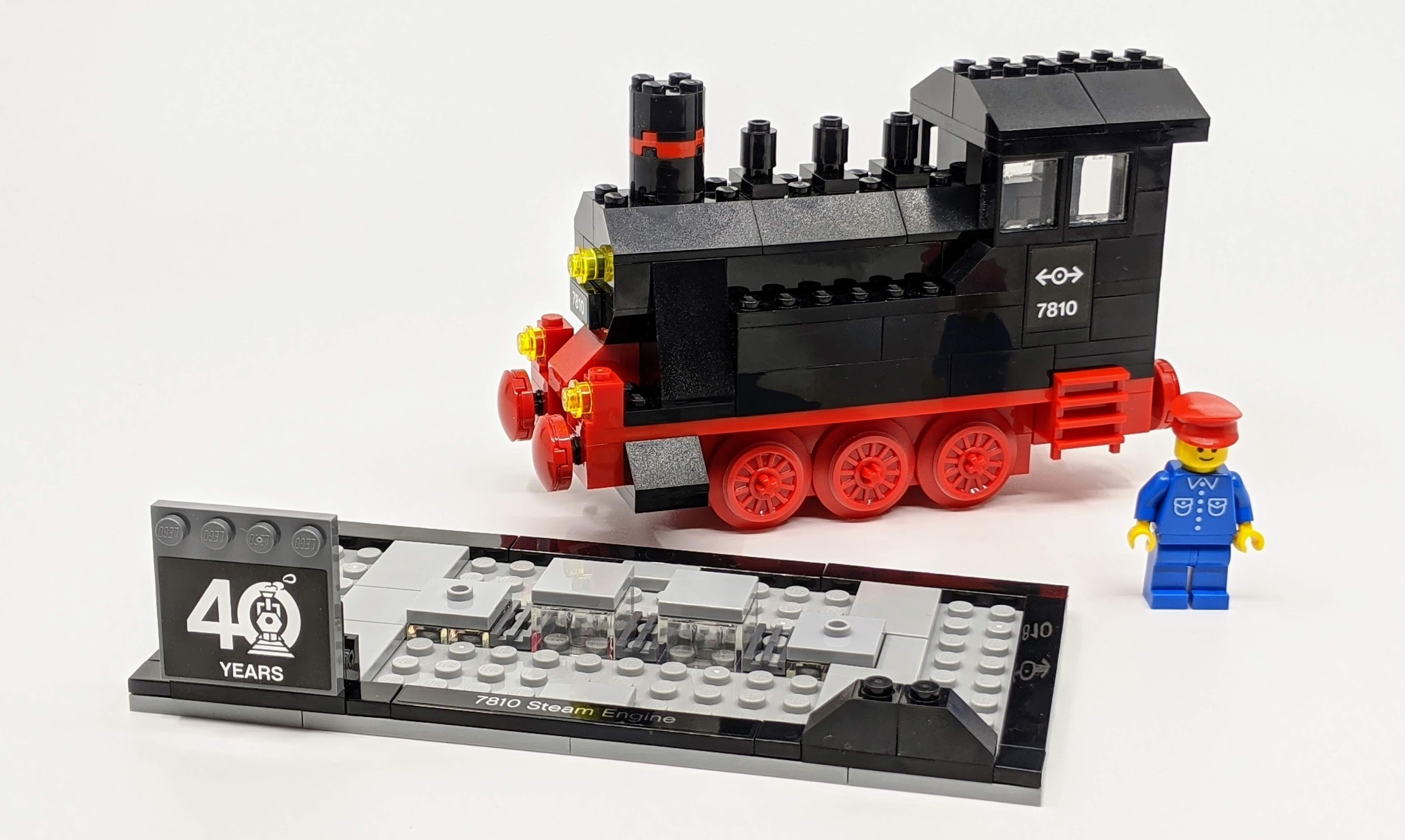 As mentioned above the actual Steam Engine is a similar build to the original set, which has inspired it. This leads to a nice retro build, which uses plenty of classic elements and bricks. I’ve not built many LEGO trains, but many of the modern-day locomotives are certainly different builds to this one. There are a few minor differences between this build and the original. The buffers are bigger on the 40th Anniversary set and the front 1×1 transparent yellow stud is connected in a different way. There are also different windows used. The sticker decals are also a little different, with the modern-day LEGO City Trains logo used in place of the ‘DB’ branding of the original. 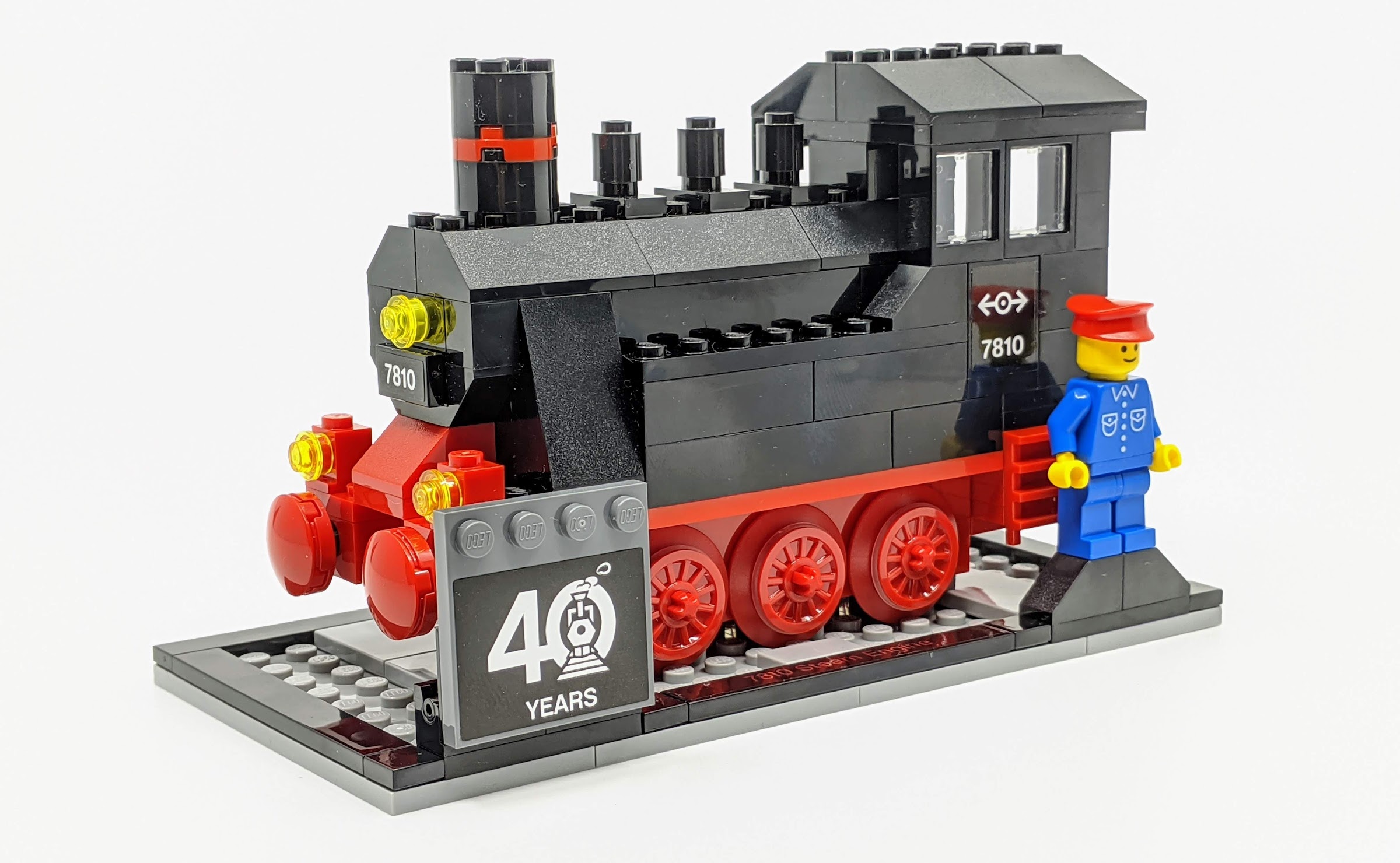 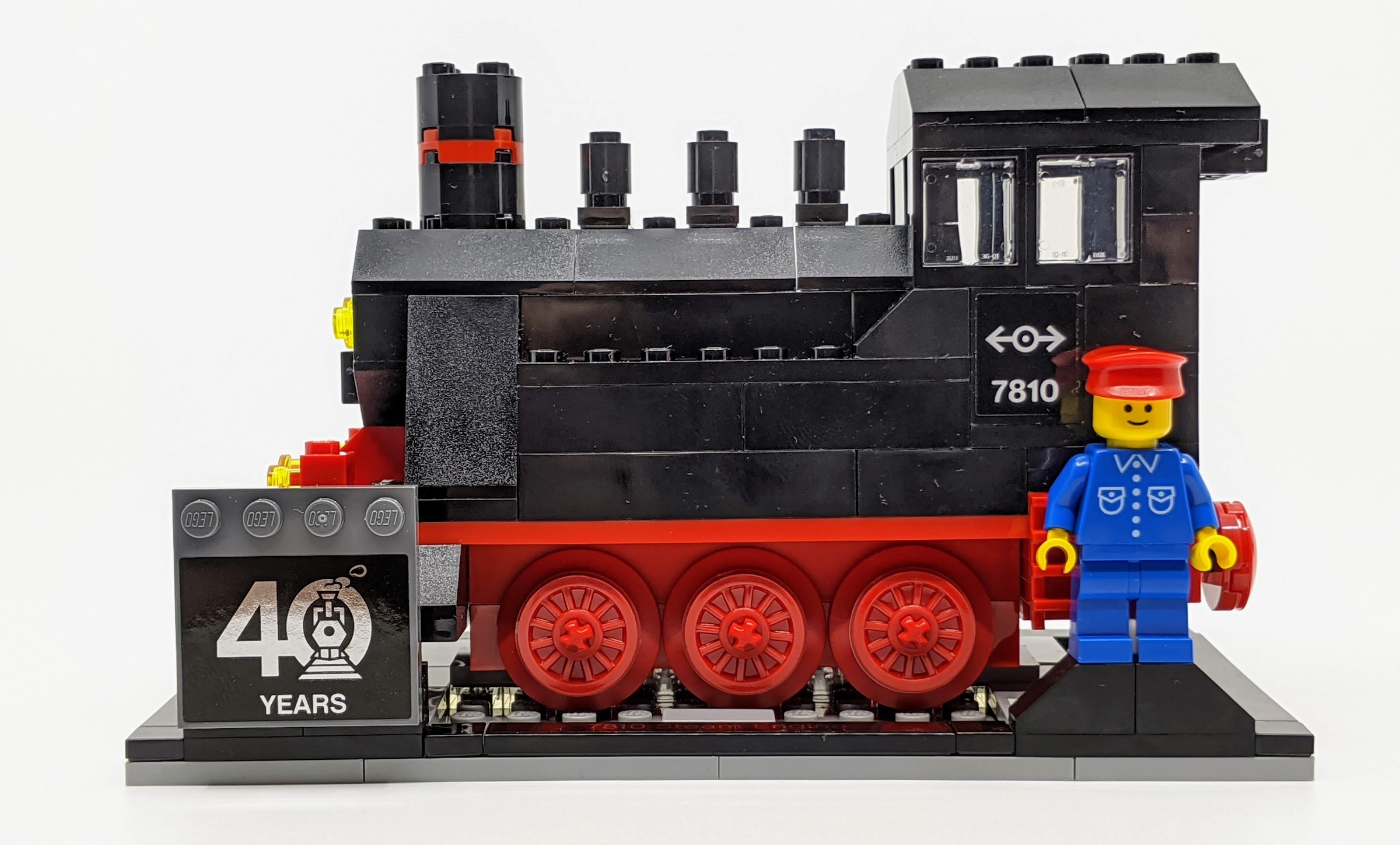 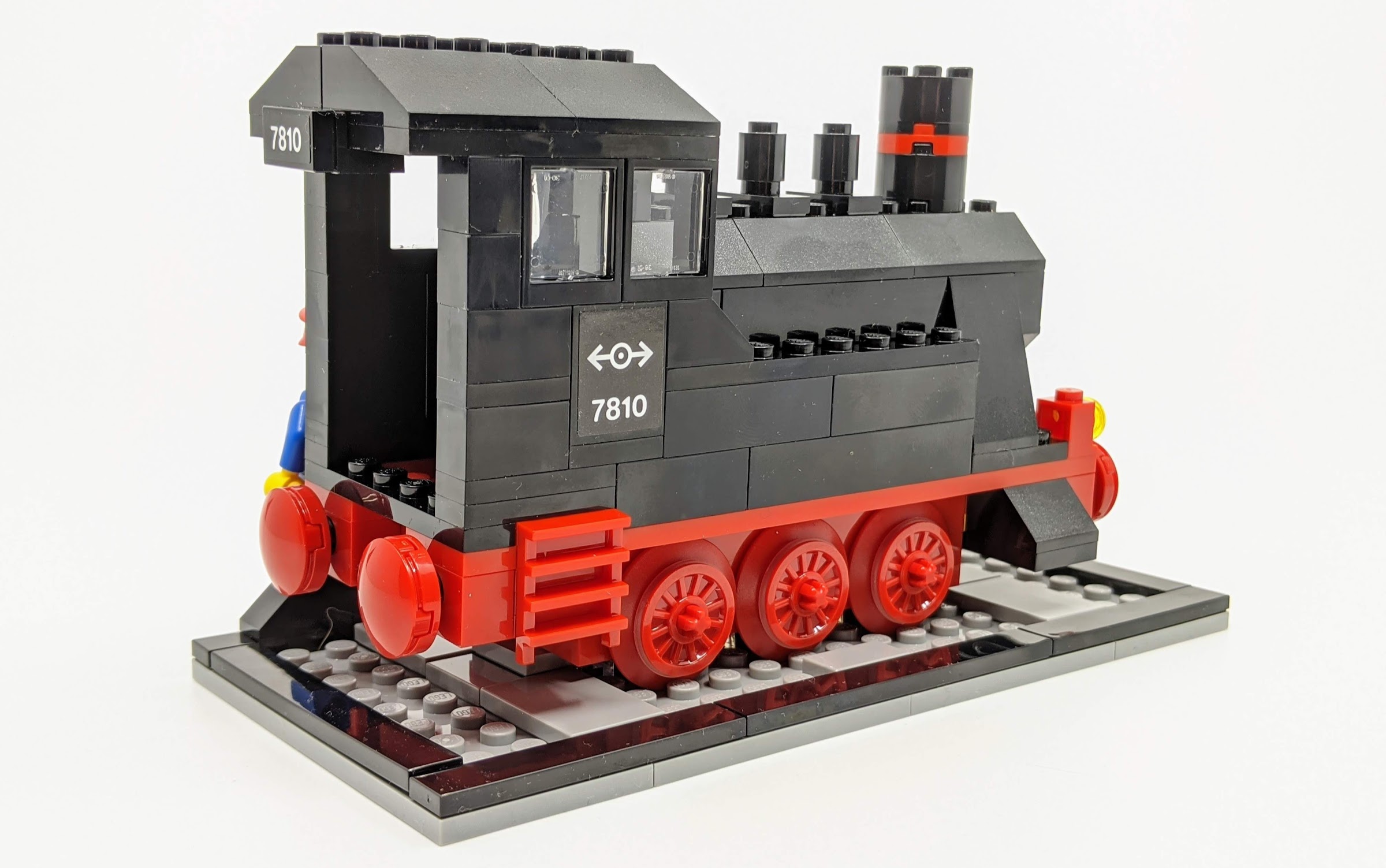 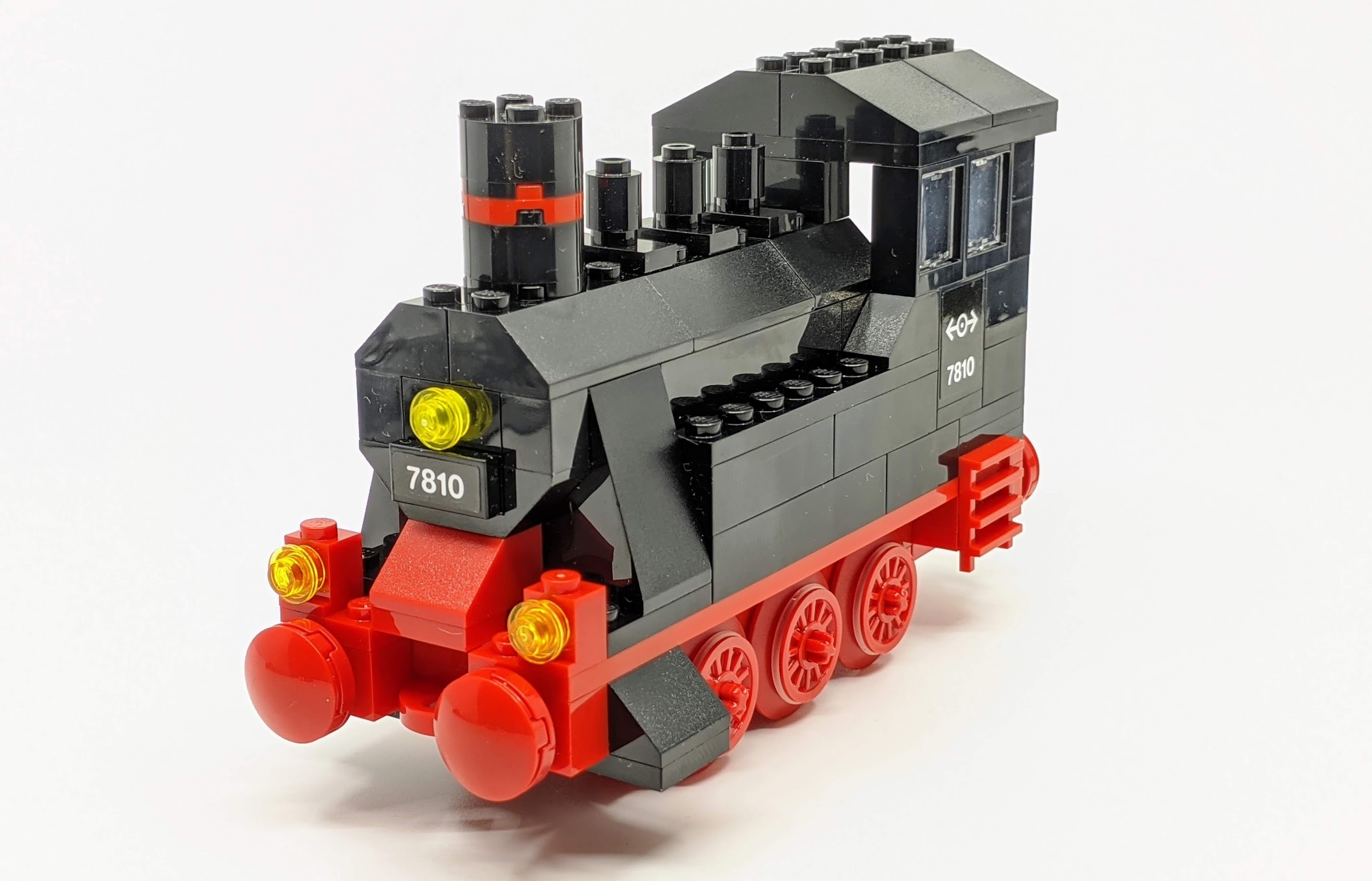 The wheels are ever so slightly different as well, but they can still fit on the current LEGO Trains track system. The Steam Engine can then sit upon the base plate, those bricks along the centre of the plate, allow the Steam Engine to sit nicely and makes for a great display piece. 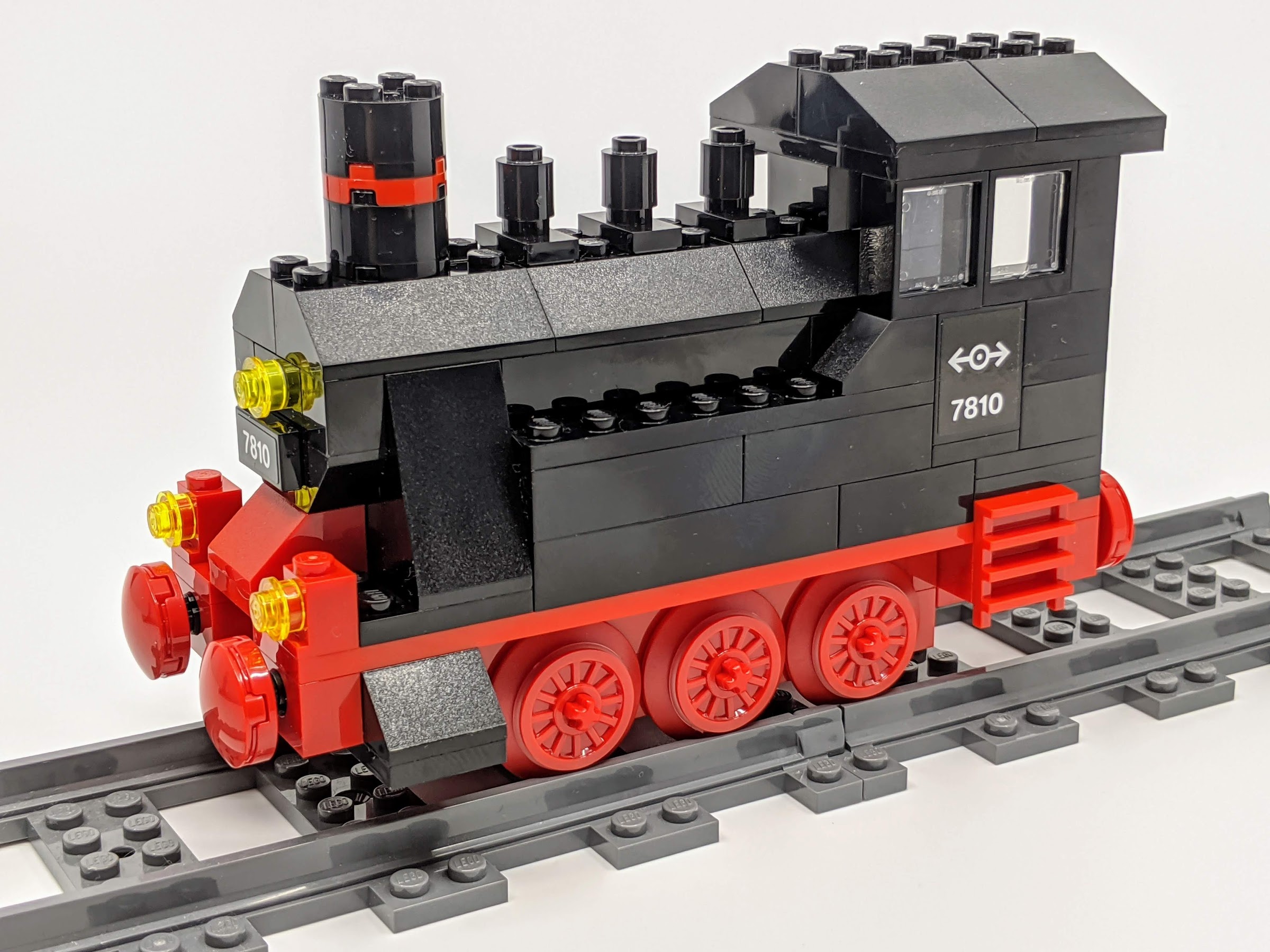 A single Minifigure is included in the set and unsurprisingly it’s a Train Driver. As the set recreates one from 40 years ago, the Minifigure is a classic looking chap, with minimal print on the torso and a simple smiley face. It’s a perfectly fitting Minifigure to include with the set and matches the one included with the original set. He can be displayed upon a little plinth on the display base. 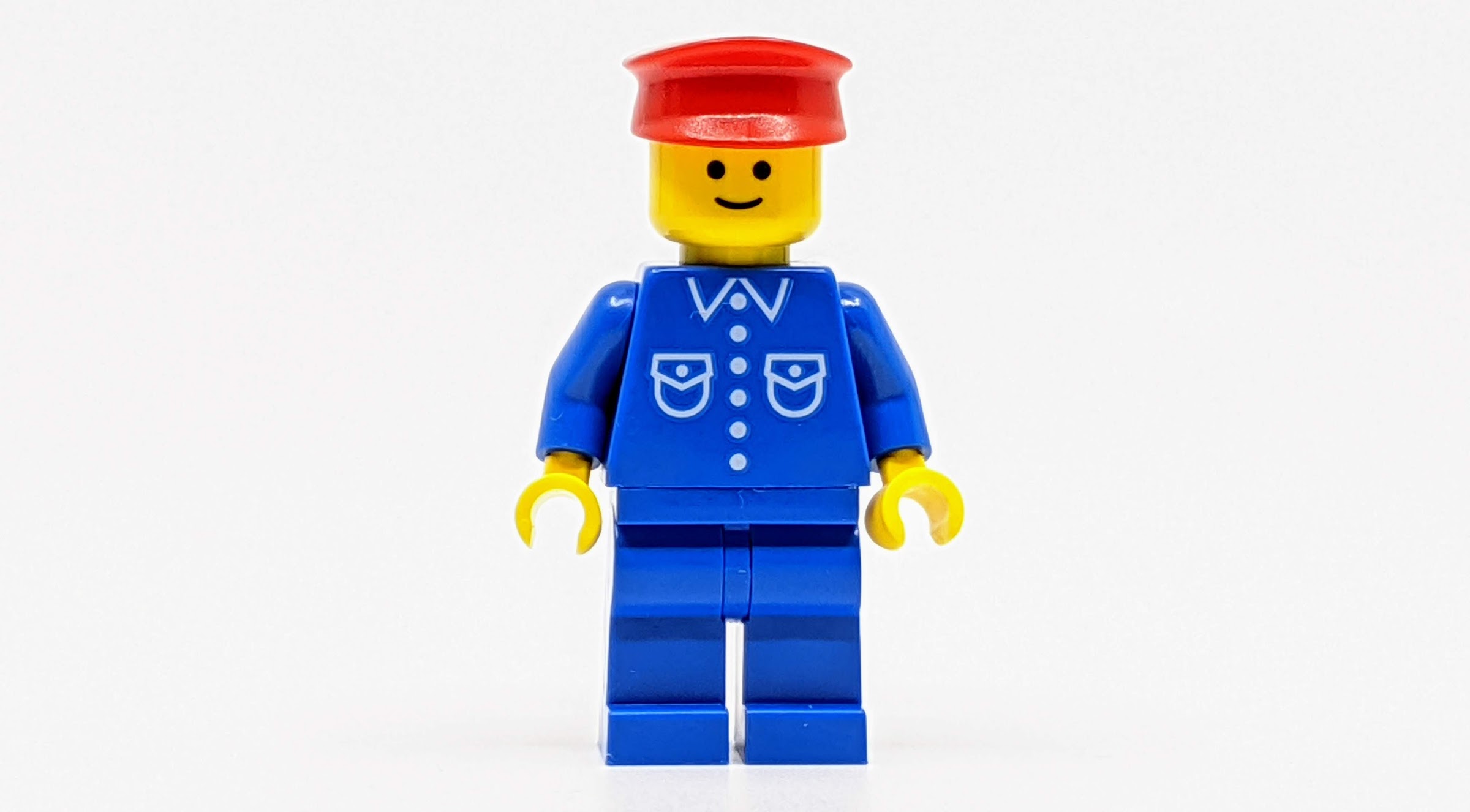 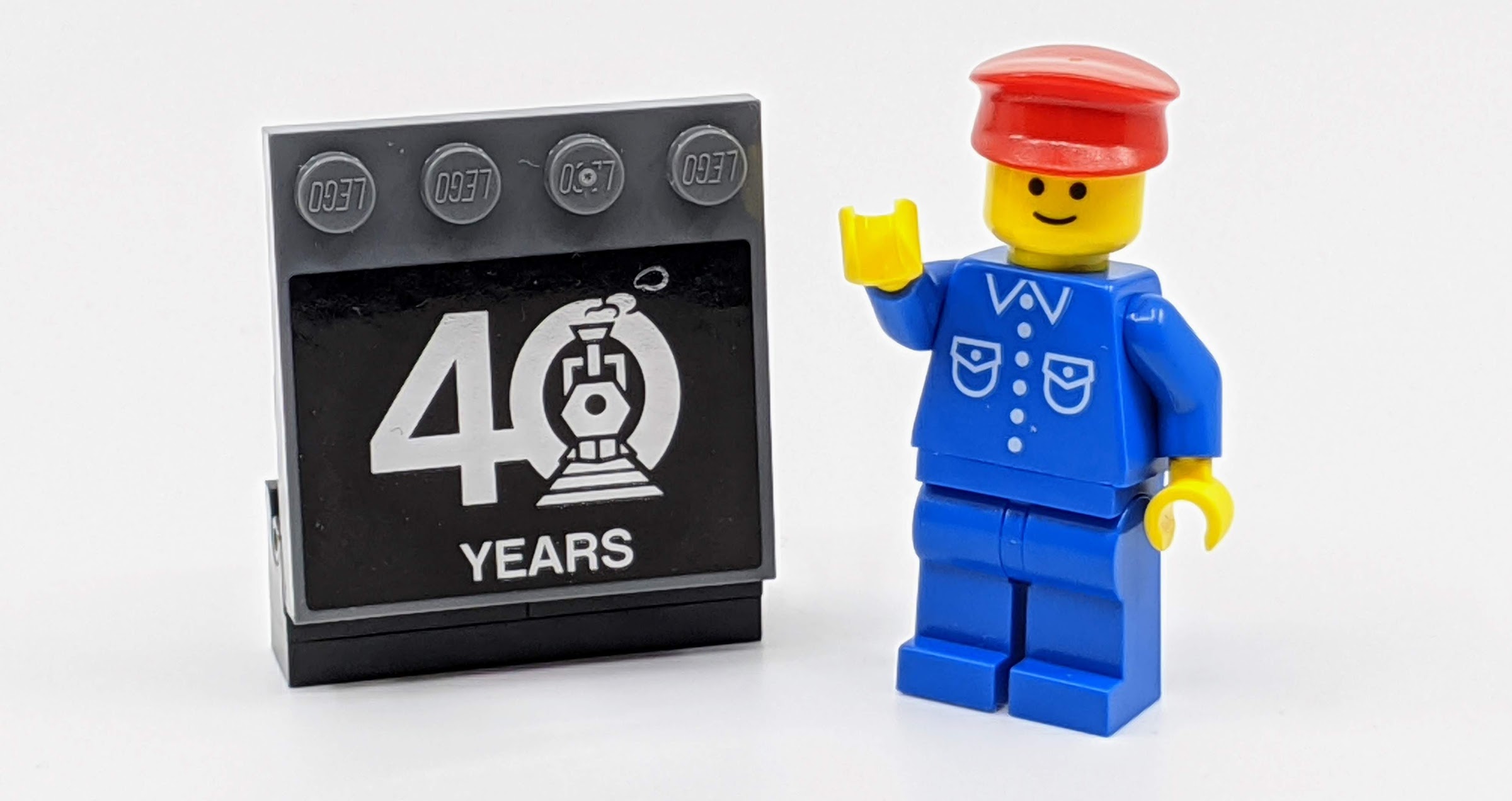 I do like it when LEGO revisit their past and 40 years of LEGO Trains is a worthy cause to celebrate, although I expect some may question the timeframe. I like the that the set is an almost 1:1 recreation of the original set, with just a few minor changes of elements and sticker details. I also like when LEGO choose to delve into their history or take a look behind the scenes. Which is why the set disappointed me a little, apart from an image of the original set on the box, there is no mention of the LEGO Trains long history or notable releases, in the instructions or elsewhere. Definitely a missed opportunity. If you are a LEGO Trains nut or planning a big LEGO spend soon, I’ll certainly recommend taking advantage of the promotion beginning March 1st.