If there is one LEGO® theme that can inspire LEGO fans of all ages it has to be Disney. This Summer a brand new sub-theme has been introduced called Mickey & Friends. It includes five easy-to-build 4+ sets, but don’t be fooled by the age range, these new sets have AFOLs far more excited than the kids. The LEGO Group have kindly provided the sets to take a closer look at and my reviews begin with the largest of the sets, the Fire Truck & Station. I won’t focus too much on the build of the set as they are designed to be easier on that front, but I will detail the unique elements and most importantly those Minifigures. So here’s my review of set 10776: Fire Truck & Station. 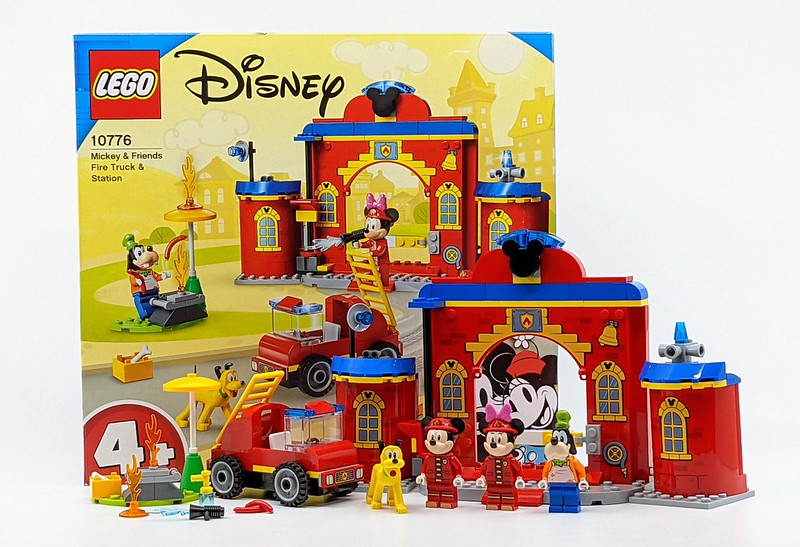 Boost youngsters’ building skills with this LEGO® ǀ Disney Mickey and Friends – Mickey & Friends fire engine & Station (10776) set. This detailed set, perfect for kids aged 4 and up to build and play with friends, lets them live out their firefighting passion with Disney’s Mickey Mouse and his friends.

Learn to build
This LEGO 4+ fire station set is packed with exciting elements and functions, plus 2 Starter Bricks, to ensure youngsters have a great play experience. Each bag of bricks contains a complete model toy and character that kids can build quickly to get the play started fast! 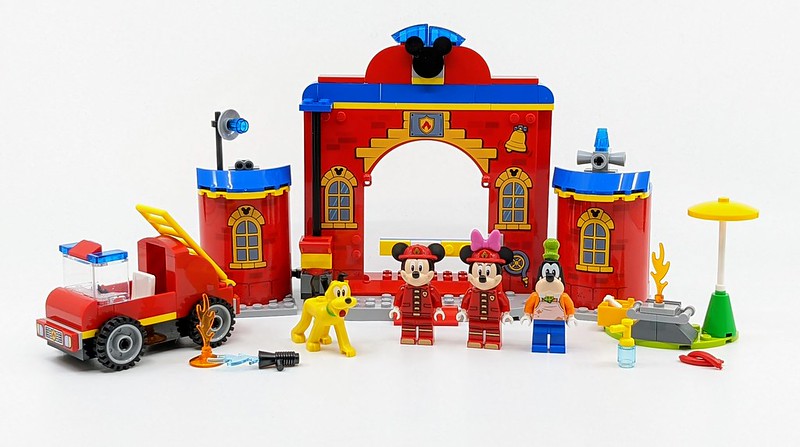 In order to make the 4+ easy to build, there are a couple of key differences compared to many other LEGO sets. For starters, the instructions are a lot simpler and set out in a unique way. Build steps are split into much simpler stages with only a couple of elements added each time. Various sections of the build also have their own booklets, this makes the sets great for multiple people to build at once. Or if a set would be built over different sessions, which is great for short attention spans. 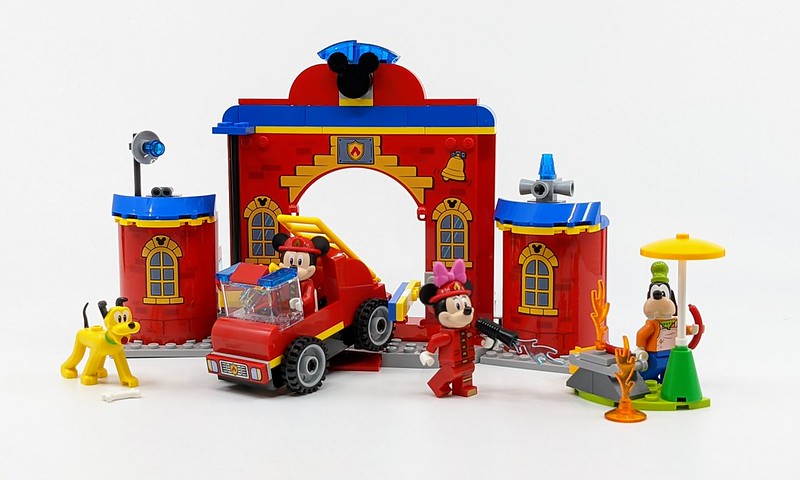 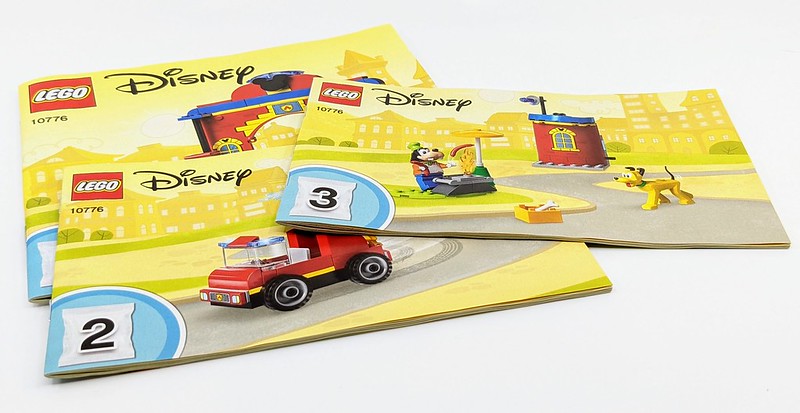 The 4+ sets also include starter bricks. These unique elements upon which a set is built around. These are often large pieces. In this set, the starter bricks are the base of the fire truck and central platform and facade of the station. But that’s not all, there are no stickers in the 4+ sets, which means you are also treated to some interesting printed pieces. The two half curved walls both include print detail, along with the larger front section of the station. Even a 1×4 flat tile used on the fire truck is printed. If those elements don’t pique your interest, there are also a couple of new elements including wheels, with the tread already connected to the rim. Finally, a great new element included in most of the Mickey & Friends set is the iconic mouse head symbol. This has a 2×2 connection point on its rear. 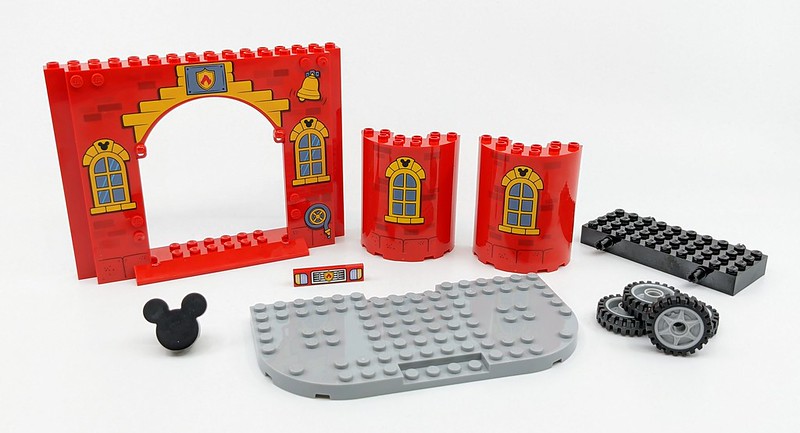 The completed set includes a fire station, which is made up of three sections, which can be connected together. Play features include a moveable barrier and a fire pole. There is a cute little fire truck, which uses those new wheels and the printed tile. There’s also a small BBQ, complete with a parasol and sausages. 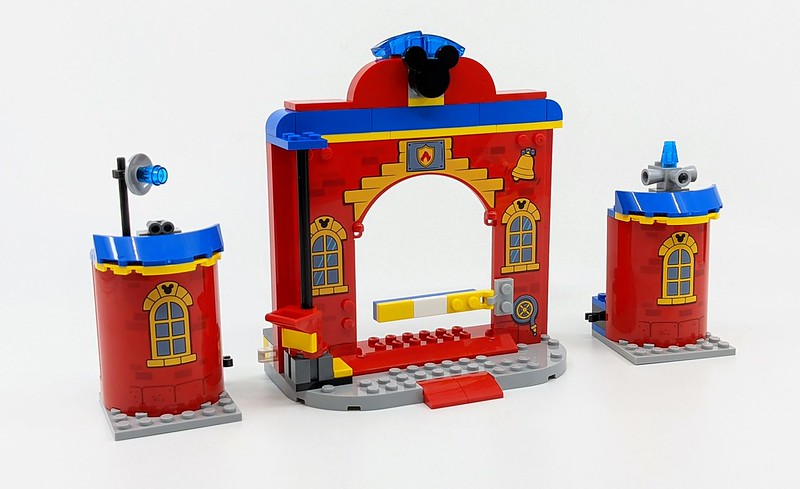 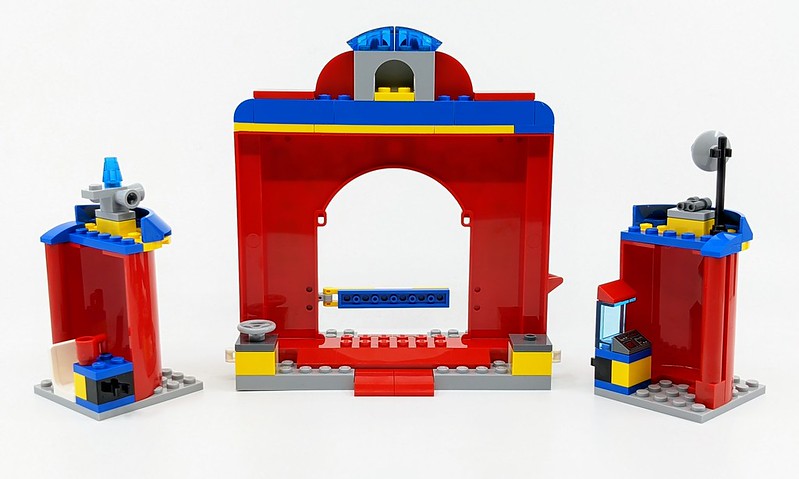 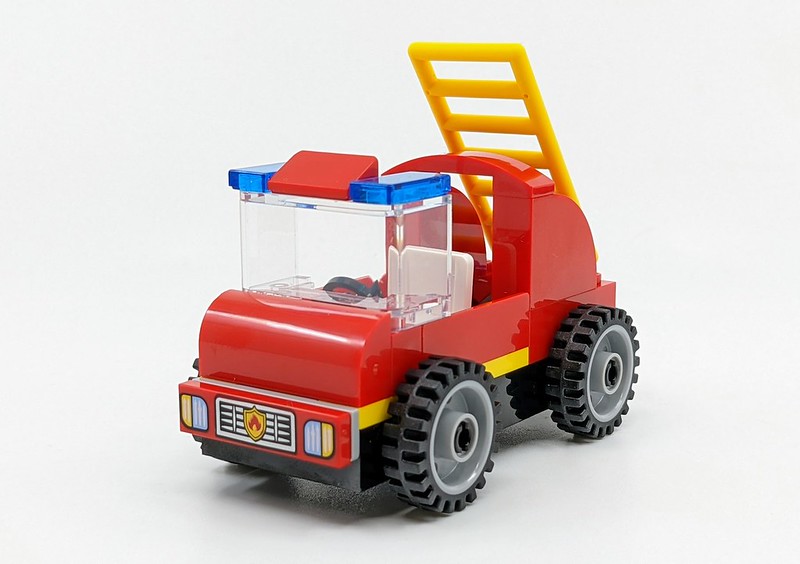 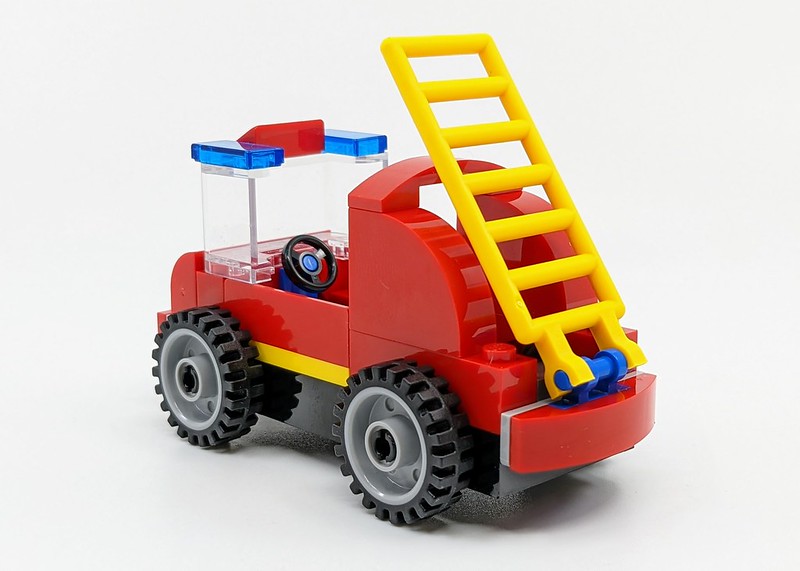 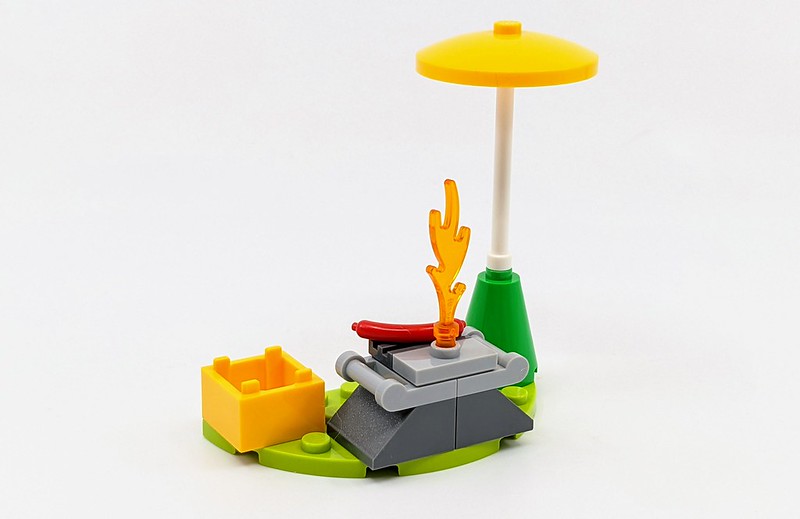 One thing which seems to enchant AFOLs are the Minifigures. The two series of Disney characters and large scale Disney sets have been immensely popular amongst adult fans and Disney fans alike. This is why these sets are causing such excitement. They all include brand new variants of a number of iconic Disney characters. So the Fire Station includes three Minifigures and an all-new Pluto figure. Mickey and Minnie are both kitted out in firefighter outfits, with both using the same torso and legs. They also use a new head element, which pops a firefighter helmet to the previously used heads. Print details help differentiate between the two mice, along with Minnie also having a bow accessory in her helmet.

LEGO Goofy made his debut in the Disney Train set. Thankfully this set offers a cheaper alternative to be able to add him to your collection. It’s not the same version of the character from the train set, with different print details on the torso to tie into the BBQ cooking. But probably the most exciting addition to this set is Pluto. He’s only available in this set and uses a brand new mould to perfectly capture Mickey’s canine chum. 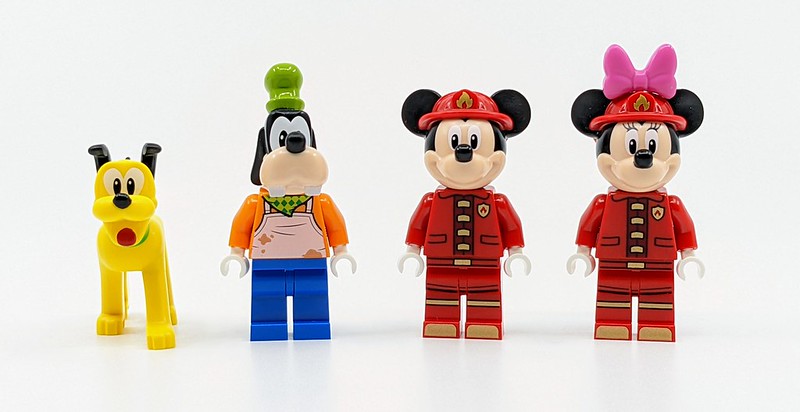 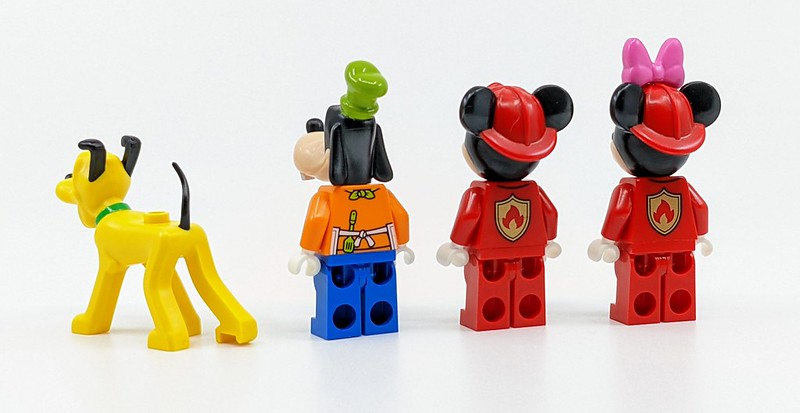 The LEGO Group knows exactly what they are doing with these sets. They are clearly aimed towards younger builders and offer a great introduction to LEGO building but we all know adults will be keen to grab the sets for themselves for the great new Minifigures.