When the new LEGO® NASA Space Shuttle Discovery set was released at the start of the month, it should have been joined by a special VIP set. Unfortunately, mere hours ahead of the release, the item was pulled. However, it now seems the set will be added to the VIP Reward Centre tomorrow. Many of you will have received the VIP email this morning, showing the set and since then a few people have contacted customer support, including Jay’s Brick Blog, to be told it’s due to be available from April 14th. Using your VIP points you’ll be able to get a Ulysses Space Probe miniset for 1,800 VIP Points, which the Space Shuttle Discovery also deployed in 1990 on a mission to scan the Sun. Limited stocks of this VIP reward will be available in the VIP Reward Centre and not all regions offer the VIP Reward program.

Update: LEGO.com has been updated and the set will be available via the VIP Reward Centre at 9am in the UK. 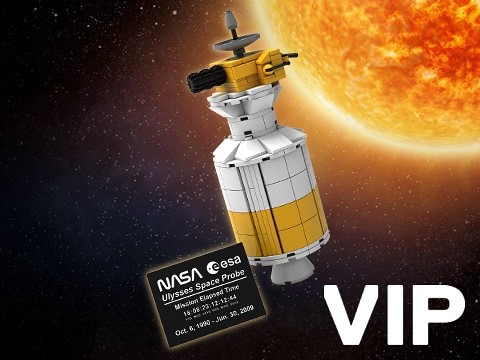