Despite being considered a sub-theme of the LEGO City range and similar themes which have gone before it, LEGO Trains has one of the largest fan bases of any LEGO range including the much-loved LEGO Space sets. Even with such a big fanbase there hasn’t been that many books which are focused entirely on LEGO Trains. In fact this latest book from No Starch Press will be only the second title dedicated the railways of the world of LEGO. No Starch Press have very kindly sent us an advance copy to check out ahead of its publication next month. All aboard our review of The LEGO Trains Book. 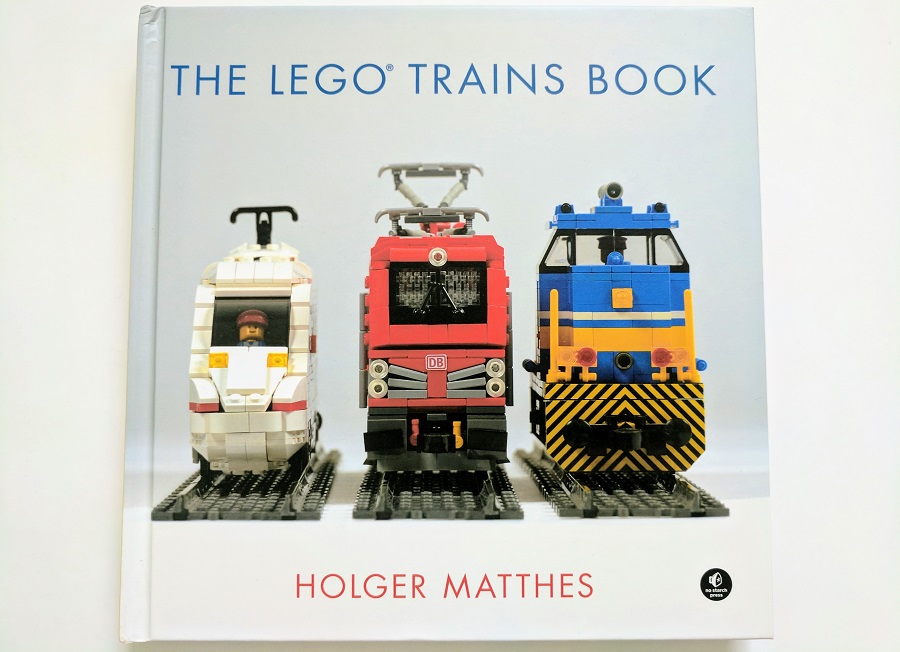 While the LEGO company’s official line of trains is one of their most popular themes, official sets can be limiting-and expensive. Many model railroad fans want to build custom creations without the confines of official LEGO sets. For these serious fans, The LEGO Trains Book offers a comprehensive, photographic journey with building instructions that is sure to feed their passion. With full-colour, step-by-step instructions on building specific trains, track layout, and advanced aesthetic techniques among many other things. 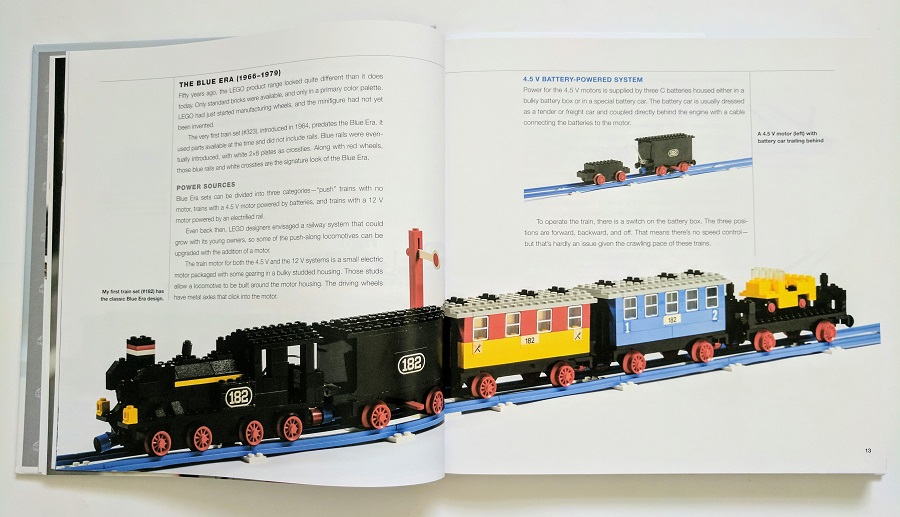 Trains have been a part of the LEGO brand for a very long time and over that period they have evolved incredibly. From the mid sixties through to the late seventies, the LEGO train ran on the blue tracks and used basic LEGO elements to create engines and carriages. But even in those early years, the ability for them to be upgraded and evolve were firmly in place. For many the next stage of the LEGO Trains history is considered their golden years. Trains ran on metal tracks and more unique parts were introduced to offer an extensive array of sets, which included engines and sets like stations and cargo yards. 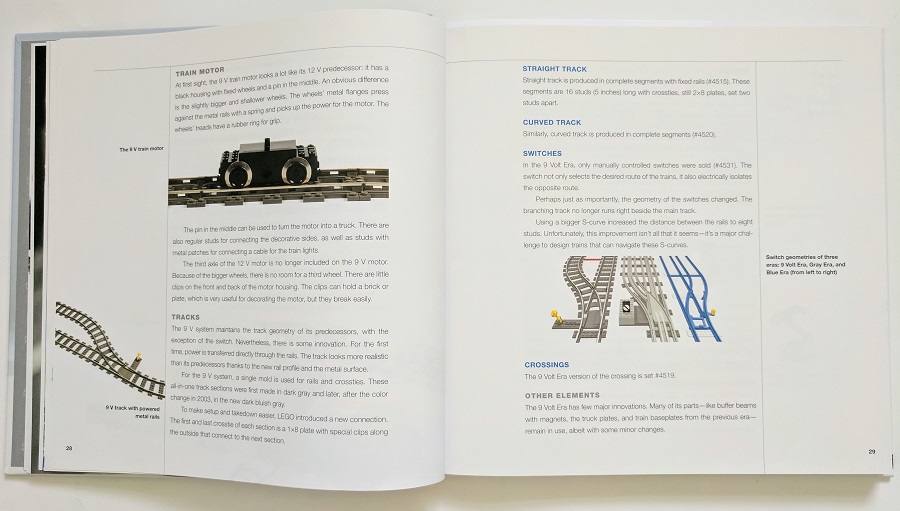 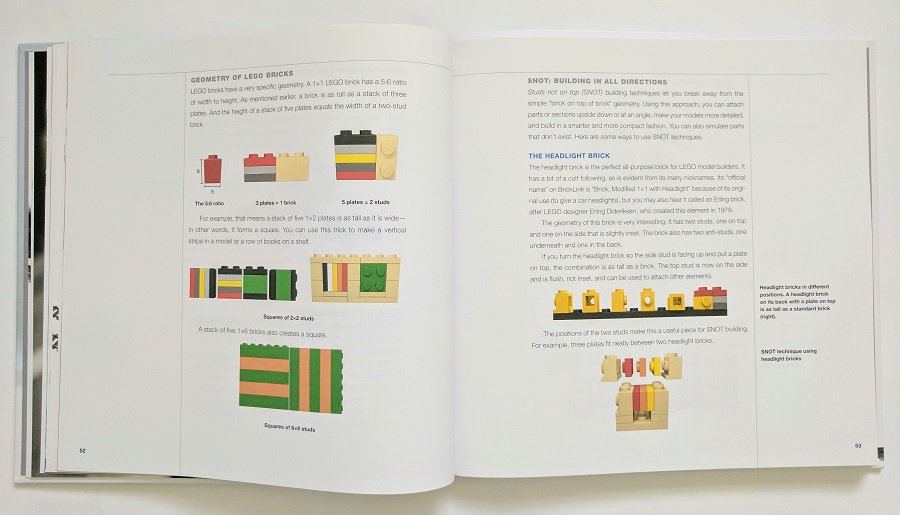 But that only scratches the surface of the LEGO Trains story and thankful The LEGO Trains Book takes the basics and expands on them greatly. I don’t think I’ve ever read a book which goes so deep into the history, elements and build techniques of a single theme. My initial flick through the book, wrongly had me under the impressive it was filled with instructions to construct various train-theme builds. But they are a mere bonus when compared to the rest of the book. Whatever you could imagine you wanted to know about LEGO Trains is extensively covered by author Holger Matthes, who has a strong pedigree when it comes to anything LEGO Trains related. As well as owning a vast collection of LEGO railway related sets, Holger has also helped to create the LEGO Factory Hobby Train set and displays at LEGO shows across the world. 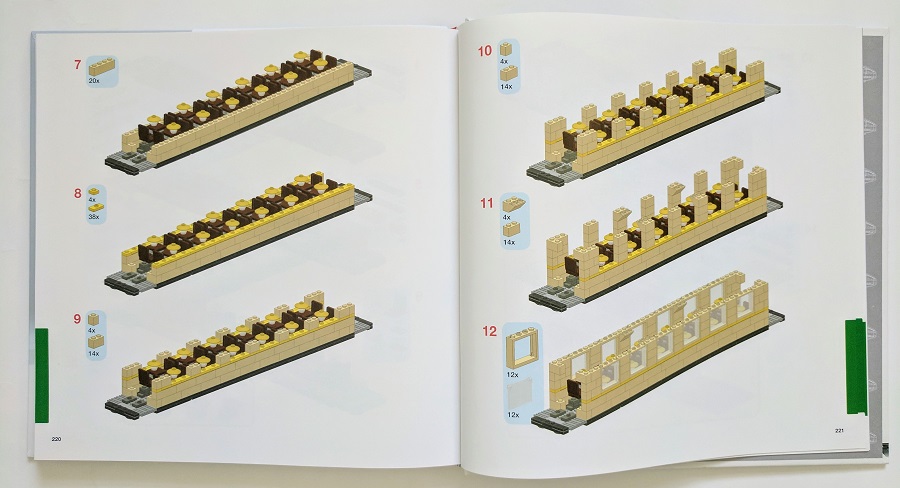 Don’t expect a look back at the various LEGO Trains released over the years, sure there are some featured but the book is more guide to how to build your own collection of trains and get the best of of the various parts and pieces which are available to really make them unique. Instructions are included to help you build Inter-City Express train, a simple gondola cart, a Swiss Locomotive and a Vintage Passenger Car. These are well presented as past No Starch Press titles have been and shows the parts you need to build them. Unfortunately the element numbers are included which is a shame. 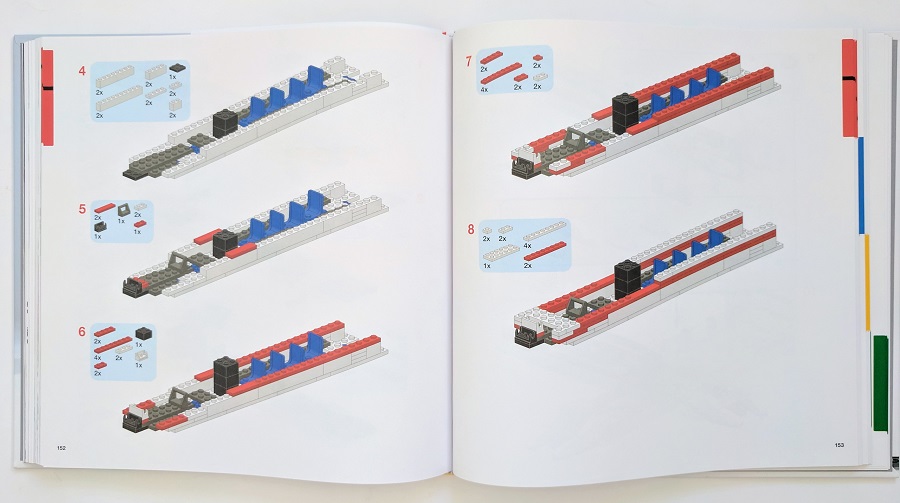 I’ve always admired LEGO Trains and have build a couple of the more recent sets but this book has shown there is so much more to them than those you can buy off the shelf. The creativity well can be poured into what essentially is the same sort of build is amazing and perfectly portrayed in The LEGO Train Book, Holger’s knowledge and passion for the brick-built railways is clearly felt on every page. Once again No Starch Press have given a platform to an area of the LEGO community which wouldn’t necessarily be covered else where, which has resulted in a genuinely informative and well presented book. 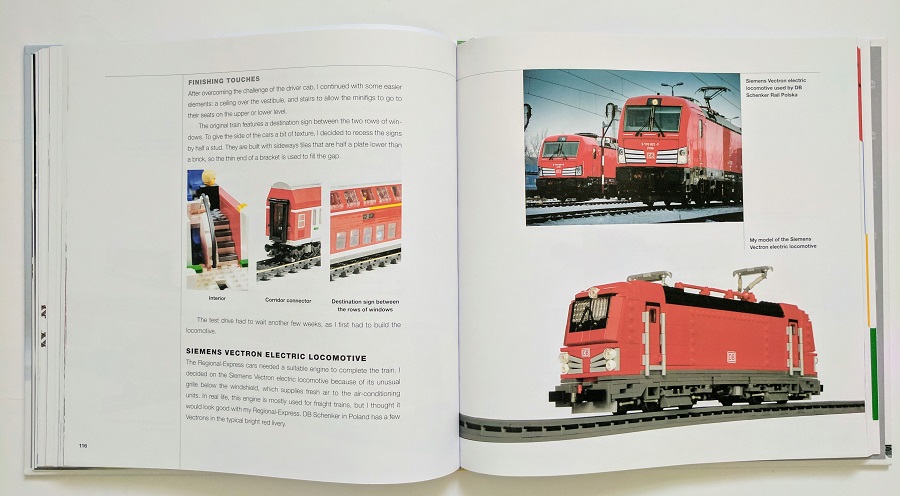 The LEGO Trains Book is published by No Starch Press and will be available from October 12th in the UK, pre-order your copy today from Amazon.