With Marvel Studio’s Avengers: Infinity War now in cinemas, you can continue the epic super hero adventure with a range of new LEGO® sets. As well as a number of playsets and BrickHeadz based on the movie, there’s also a couple of promotional polybags. One such promotional set is the Teen Groot minifigure keychain. You can currently get one free with any LEGO Marvel Super Heroes purchase at Smyths Toys and it will also be given away between May 7th – 20th with purchases made in LEGO Store or via shop.LEGO.com. So we thought we’d take a closer look at the Teen Groot LEGO Minifigure Keychain. 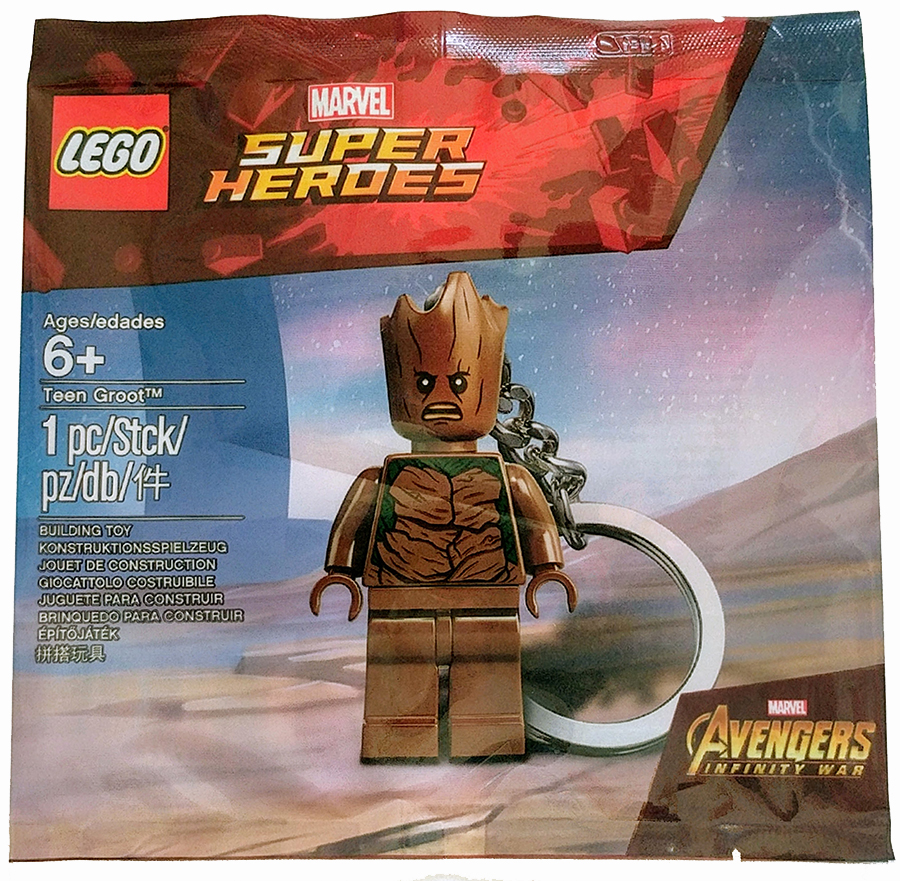 Groot has appeared in a number of forms since first being introduced in LEGO form alongside the first Guardians of the Galaxy set. Groot’s many different guises have changed as the character has in the movies. From huge brick-built figure to a mini baby microfig and even just a twig, Groot has now appeared in standard Minifigure form. There are two versions of the minifigure Groot, on which appears in set 76102: Thor’s Weapon Quest and the one we are looking at which is a keychain minifigure. They both use an exclusive new head element, this version here has angry looking Groot, which is different to the one in set 76102. 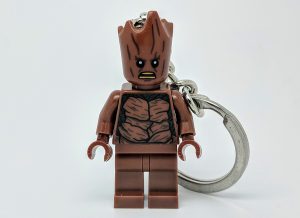 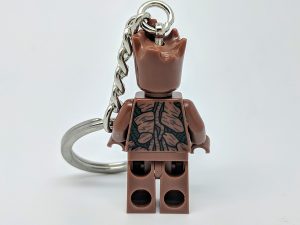 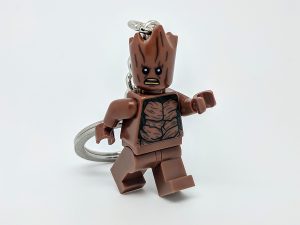 As it’s a keychain there is of course a keychain fixed into the head of the minifigure. This is stuck in place, but there are a number of online tutorials which offer ways to remove it. The legs and arms have the same range of movements has normal minifigures, but the head movement is limited, due to the chain.

Groot is a great character and it’s fun to see how LEGO approach his various forms in different ways. The print detail is nice especially on the head. It may be a keychain but due to its promotional nature it will be much sort after especially if you collect Super Heroes sets or just the Avengers ones.