People seem to really like LEGO® Keychains, which is good news as there will be some new ones released on June 1st. These include a metallic 2×4 white brick and another collectible Minifigure character in the form of Llama Suit Girl. The others are a little more interesting as they are based on popular characters from licensed themes. Spider-Ham makes the leap from the Venomsarus Set to become a keychain and the other two take inspiration from a recent LEGO Ideas set. Just the recently released FRIENDS Keychains, another LEGO Ideas set will see two of its Minifigure characters become keychains. With Cookie Monster and Elmo using new moulds to create their characters, it seems a good idea to expand their use as keychains. These new LEGO Keychains will arrive on June 1st. 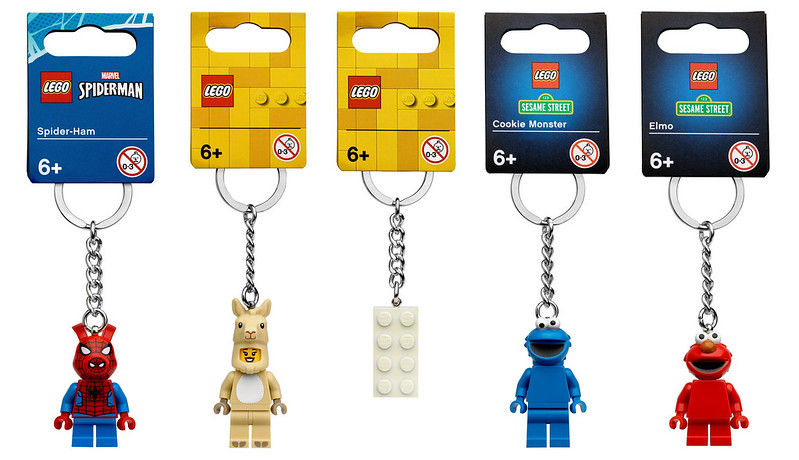