To celebrate the LEGO® Speed Champions expansion pack coming to Forza Horizon 4, I’ve picked up the three sets which are featured in the game. Despite the theme being out for a number of years now, these are the first Speed Champions set I’ve experienced. So not only do I get to compare the physical sets to the digital ones, I also get to see what the Speed Champions are like. The first set I’ve built is the McLaren Senna, which is the last LEGO car you collect in the game. It’s also been transformed into a life-sized build but how does the original set shape up? Let’s take a closer look. 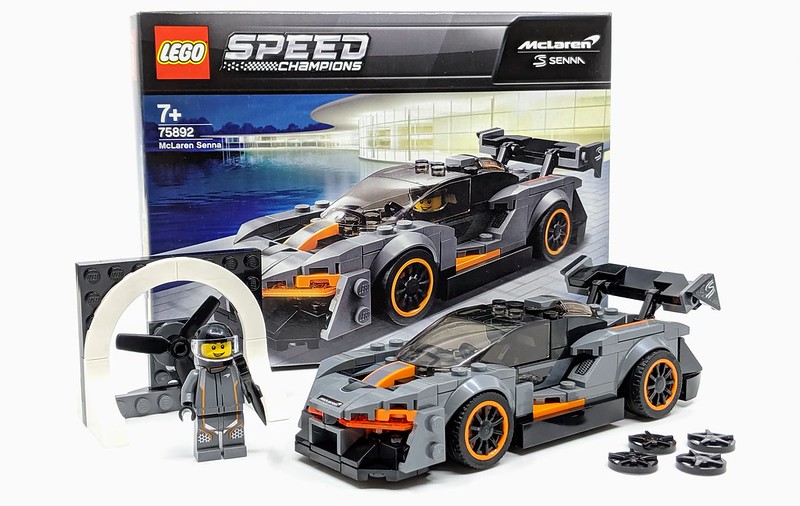 Unlike most single car Speed Champions sets, the McLaren Senna set also includes a buildable speed tunnel fan to test aerodynamics. It’s a nice thing to have in order to expand the playability, but in all honesty it didn’t really need it. Moving on to the actual car, I have to say I was rather surprised. I’ve built plenty of LEGO cars in the same scale, mainly from the LEGO City or Super Heroes sets. These aren’t particularly taxing or complex builds, unlike the Speed Champions sets it would seem. Despite the smaller scale of the Speed Champions cars, they have a surprising amount of detail. Much of these details are achieved with some surprising elements or use of elements. 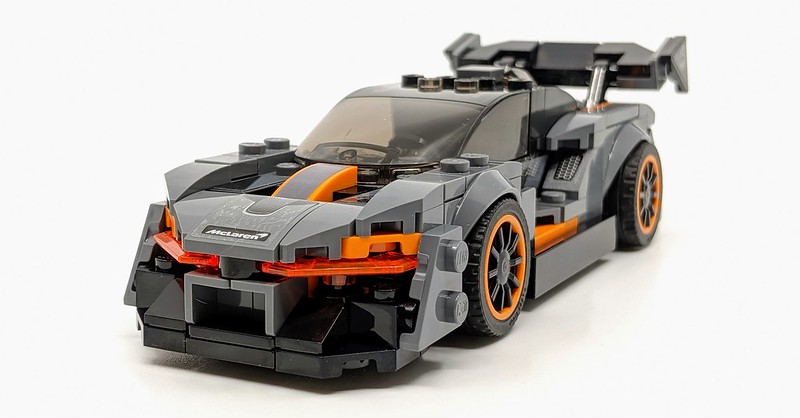 The McLaren’s headlights are blade elements used as weapons in the NEXO KNIGHTS theme, the rear brake lights are also from the NEXO sets, transparent spears recoloured in rear. One of the coolest use of parts in a narrow windscreen which is filled and set upside down around the driver’s seat area. As much as the elements achieve some nice details, further visual flourishes are added via stickers. I can understand why, as many of the elements or areas are rather small, but as you can see in some of the images, they don’t look great. This is partly because they are clear stickers, which pick up fingerprints and surface movements, very easily. It doesn’t matter how careful you are applying them, there will be some sort of mark. 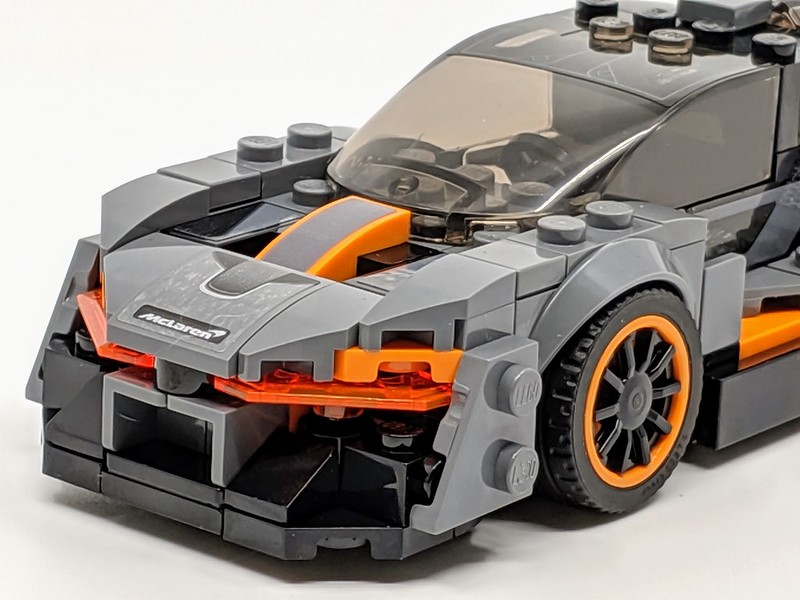 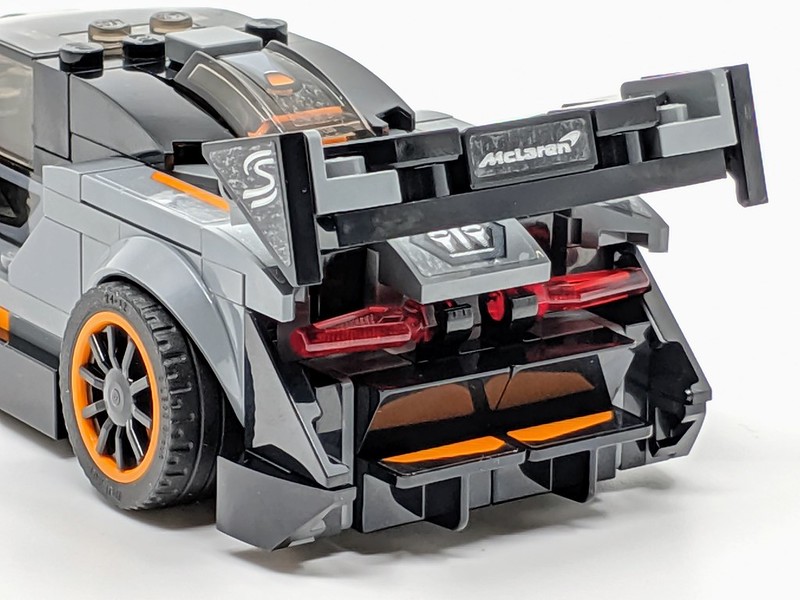 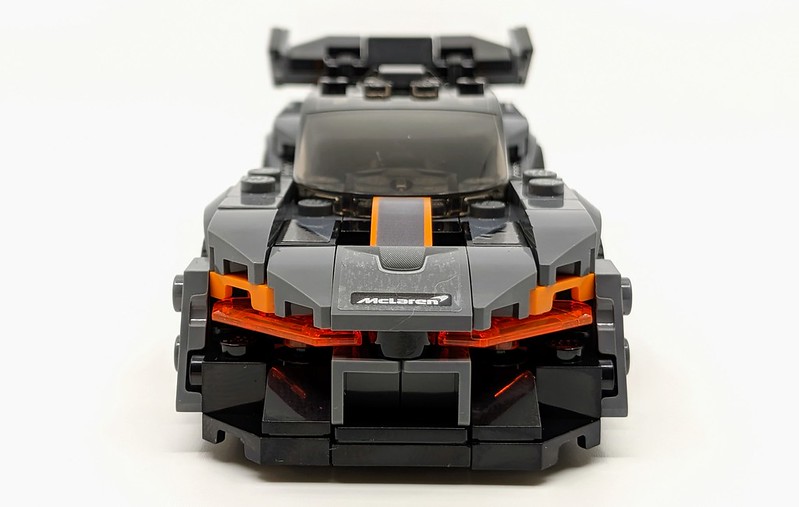 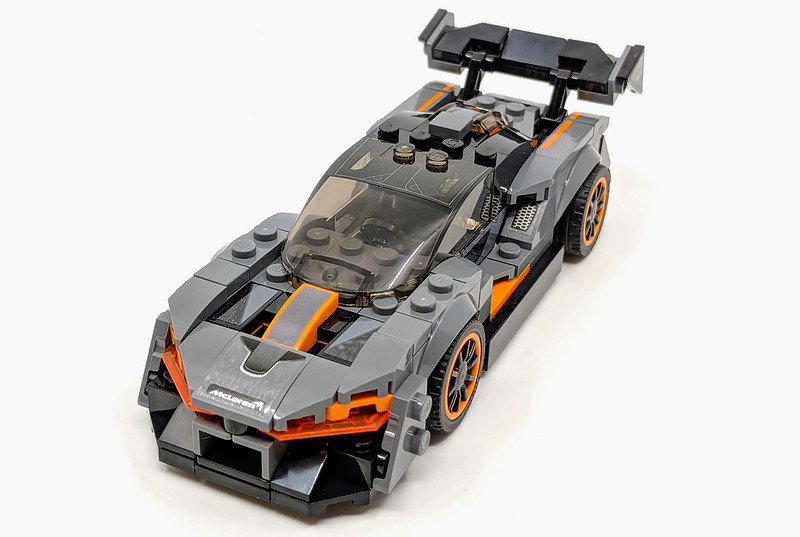 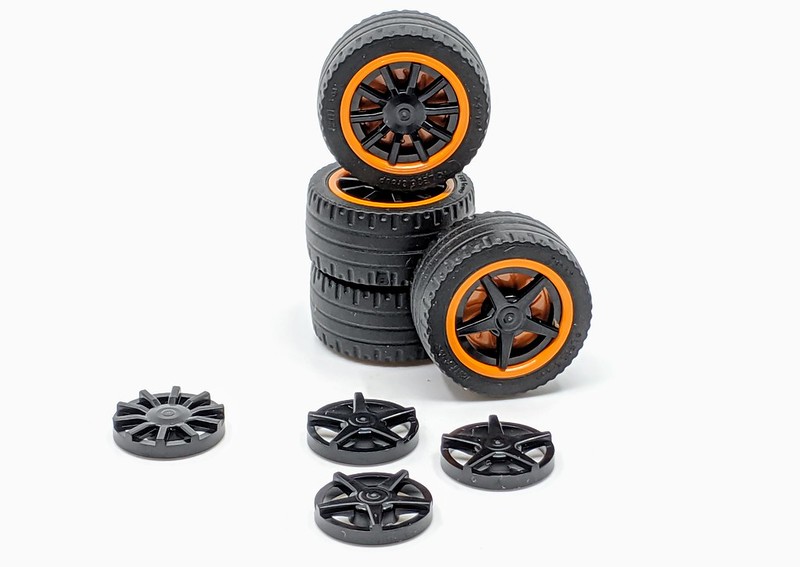 The team at Playground Games have recreated the physical set in amazing detail in the expansion pack. Every element has production marks and imprints, you would find on the actual pieces. As the McLaren set doesn’t have steerable wheels, the developers had to create a new digital element to allow better clearance and thus making the in-game version driveable.

The generic Minifigure is kitted out in a race suit which has the same colour scheme as the car. It doesn’t appear to be based on any particular driver. Although the star of the set is most definitely the car, it’s nice the sets have a driver included as well. I quite like his cheerey grin, as if to say I’m driving a flash supercar. I do like the racing logos on the back of the Minifigure. 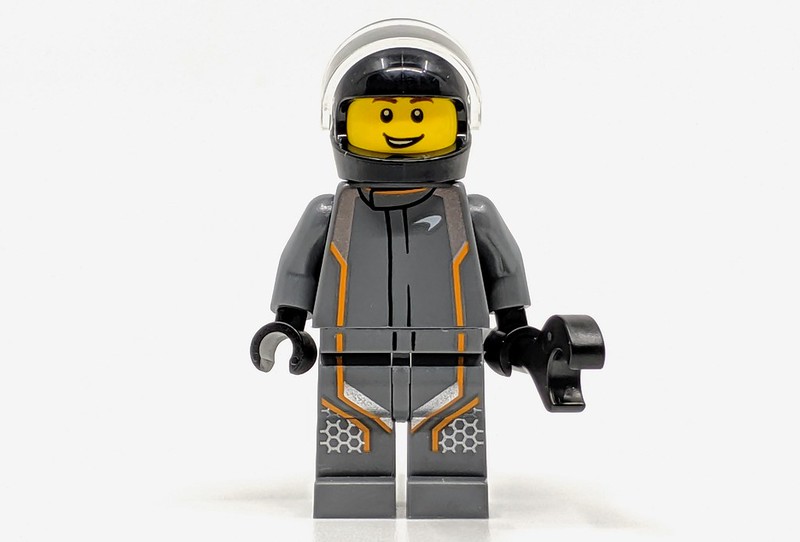 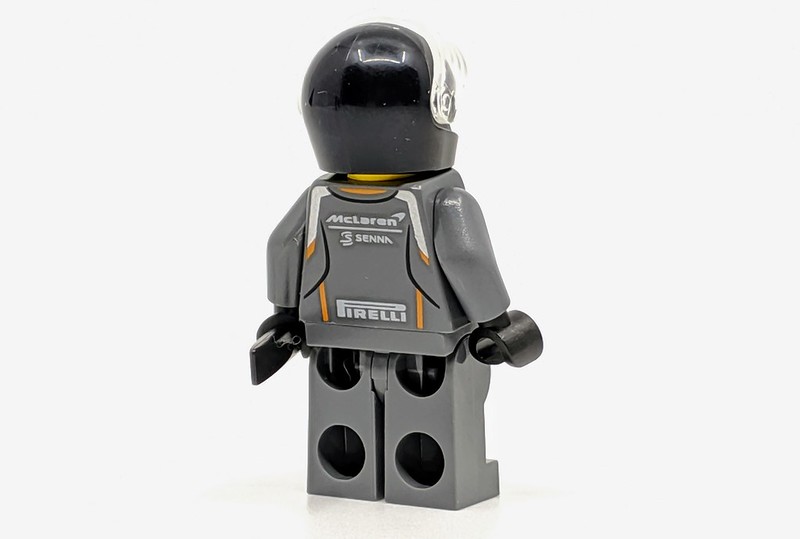 As soon as I saw the LEGO Speed Champions Expansion Pack, I thought it was a cool idea. I’m surprised we haven’t had a dedicated LEGO racing game before now. It also peaked my interest in the physical LEGO sets. I’m glad it did has it was an enjoyable little build. I love the use of usual parts in the build and the finished result is a great LEGO take on the actual car. In fact considering the scale, it’s a pretty decent recreation. It would be cool if these sets came with a buildable display plinth and nameplate as they would make a great display piece.