The latest LEGO® VIP Black Card promotion has been confirmed via emails to card holders. If you purchased the UCS Millennium Falcon during a selected period since it launched last year, you should be the proud owner of a black VIP card. This special version of the VIP card, promised a selection of additional LEGO Star Wars offers throughout 2018. Admittedly these have been rather thin on the ground, but a new deal has finally arrived. All Black Card VIP members have been entered into a prize draw offering a chance to win an exclusive one-of-kind 18k White Gold LEGO R2-D2. Plus you should of also received a unique code offering you the ability to get a Y-Wing blueprint. This can be obtained once you spend £30 or more on LEGO Star Wars products, not just the new Y-Wing as first thought. This offer is available in LEGO Brand Retail Stores and online via shop.LEGO.com. 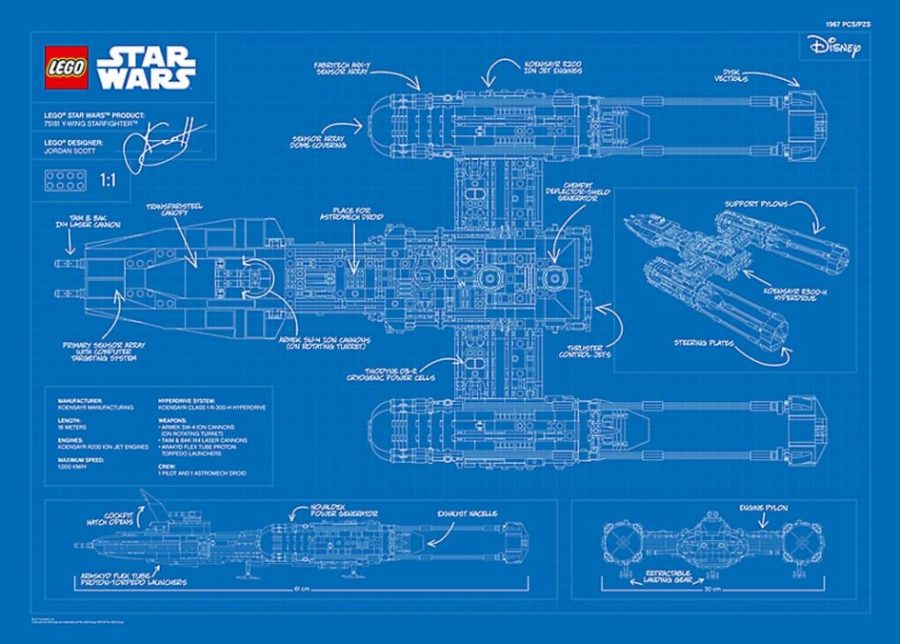