With the LEGO® Super Mario sets officially launching today, depending on where you buy them or have already pre-ordered them, you may get one of two free sets. These include a desert-themes miniset and a smaller polybag set. Both include Action Bricks and elements which can be combined with the Starter Course and the numerous expansion sets. But are they worth being selective with your purchasing choices? Here’s a closer look at set 40414: Monty Mole & Super Mushroom and polybag 30385: Super Mushroom Surprise. 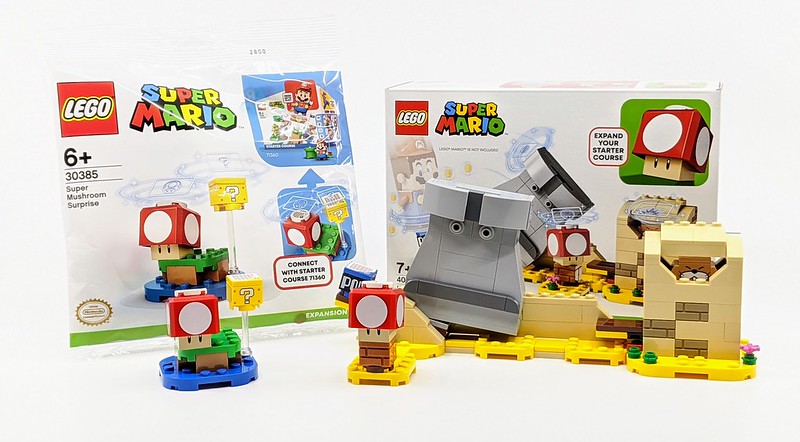 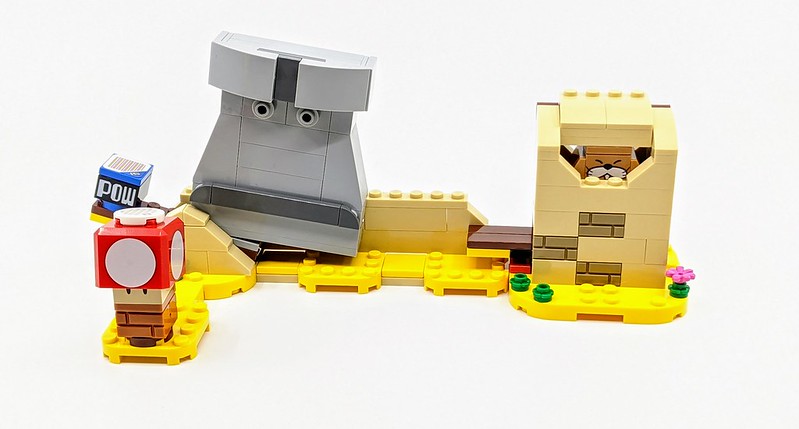 This small promotional set features a Stone-Eye creature, which is necessarily an enemy but can be toppled and stomped on by LEGO Mario. The Stone-Eye is a fairly new addition to the Mushroom Kingdom, having made its debut in New Super Mario Bros. The Stone-Eye is best described as a cross between a Thwomp and an Easter Island head. What I really like about this set is the knock-on effect of the set, you topple the Stone-Eye, which is connected to the rest of the set with a Technic pin. This causes it to hit another lever, which revealed a Monty Mole. Stomping down on the Stone-Eye causes Monty to spring from this hidey-hole. I did find that placing Monty in the slot in the small hill, felt very snug and almost as it was catching on something. But the motion of the various levers seems to be enough to easily flip Monty.

There are four Action Bricks to find in the set – a Super Shroom, a POW block, one on the Stone-Eye and one on Monty Mole. 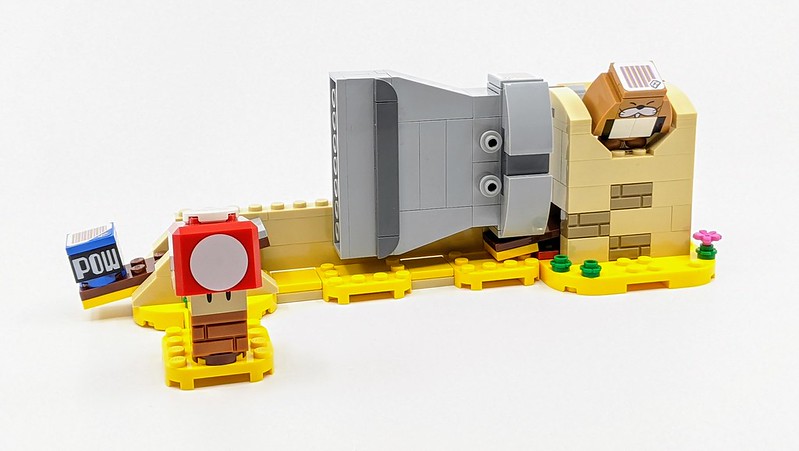 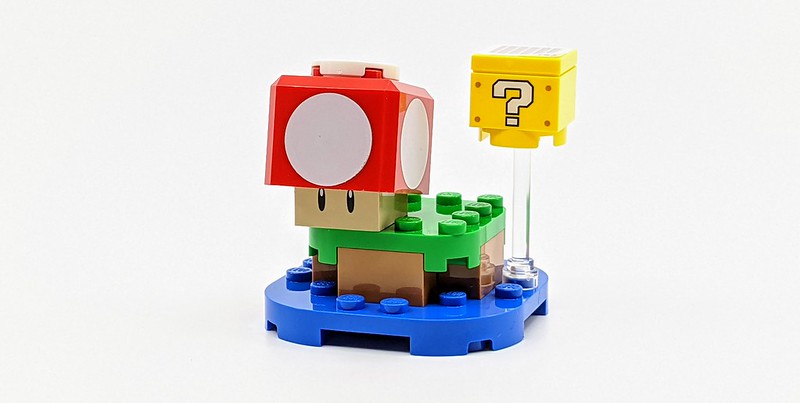 As this is a polybag set, there is very little to say about it. There are only a couple things featured in this set, after all, it’s only 18 pieces. A Super Mushroom sits atop a small grassy hill platform and next to it is a ‘?’ block, mounted on a transparent rod. If nothing else it’s a cool little display piece but can also be added to your own LEGO Super Mario courses. If you were planning on buying some LEGO Super Mario sets anyway, then it’s a nice little bonus.

Although a small two, there are two Action Bricks to interact with, one atop the Super Mushroom and the other being a ‘?’ Block. 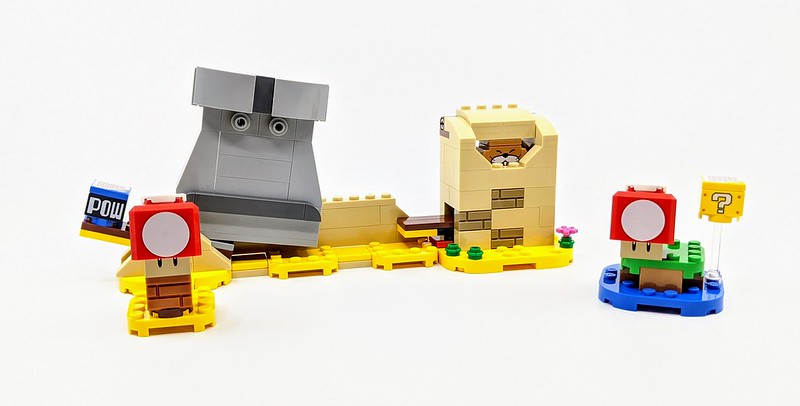 As free sets both offer something different. The miniset is great for what it contains and in terms of play features. Unfortunately, if you didn’t pre-order the bundle online months ago, you’ll only be able to get hold of it from a LEGO store, which isn’t possible for all. The polybag is a little easier to find, not only is it available from LEGO.com and LEGO stores (only in the US) but a number of retail partners were also offering it and in the US, the set is also available to purchase on its own. I’m really not sure why the Polybag isn’t being offered as a GWP set outside of North America. If you are a completist and want every single one of the LEGO Super Mario sets, you’ll definitely need to track them both down, but the Monty Mole miniset is definitely the most interesting of the two freebies. I just wish they hadn’t been made so difficult to obtain. There is no reason why both sets can’t be available online and in-stores. The lack of polybag outside of North America is only totally wrong, especially as it’s also available to buy over there as well as being a free gift.

The Monty Mole set was provided to BricksFanz.com by the LEGO Group for purposes of review. The thoughts within this review are that of BricksFanz.com and do not reflect those of the LEGO Group. Providing the set for free does not guarantee a favourable opinion of the set.