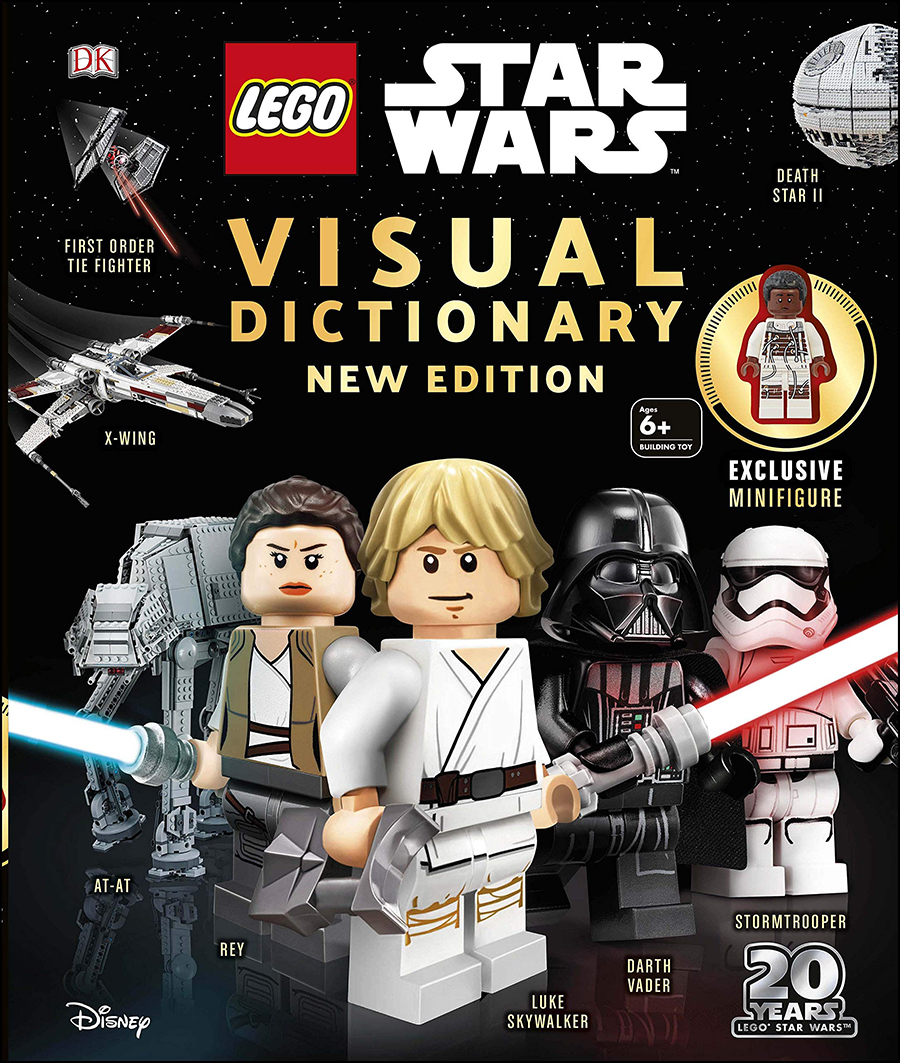 Explore the LEGO® Star Wars™ galaxy with this visual guide to the minifigures, vehicles, and sets from the entire Star Wars saga. Discover every detail of the Millennium Falcon, look around the Death Star, examine Poe Dameron’s X-wing starfighter, and find out about all your favourite LEGO Star Wars minifigures – from Rey to Darth Vader. Learn how the awesome sets are created in the Beyond the Brick chapter, which features concept art and an interview with the LEGO Star Wars creative team. 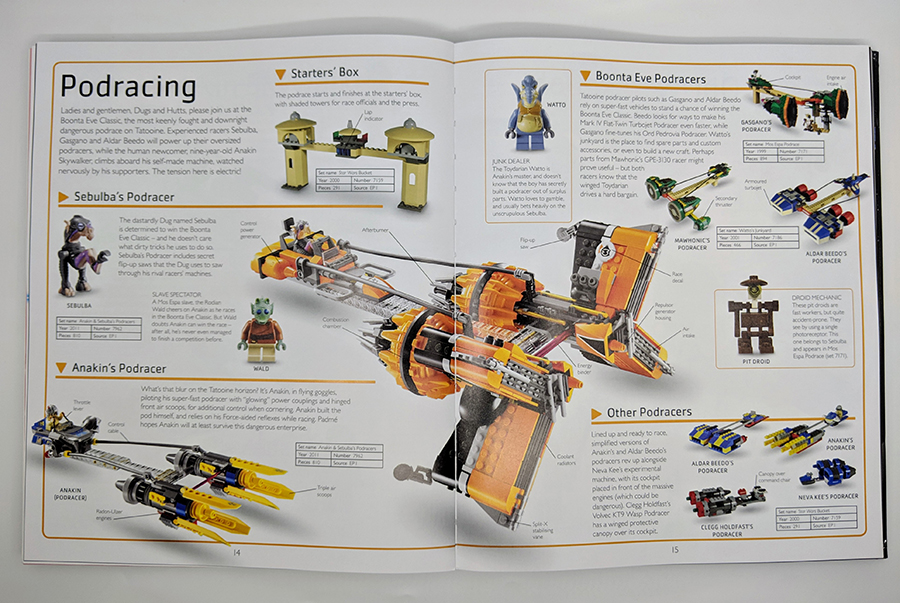 The book is set out across five chapters, the first covers the prequel era, the second the original trilogy of films and the third the latest ‘Disney’ trilogy. The final two cover everything else and a behind the scenes look at how LEGO Star Wars sets are created. Each page is themed around either a particular character or group of sets. They are filled with photographs of sets and their Minifigures, information boxes highlight which sets they are and when they were released, as well as which eras they are tied to. There are also various Brick Facts boxouts, these offer snippets of information about various things, for example, some of the special Minifigures included with other DK Books. 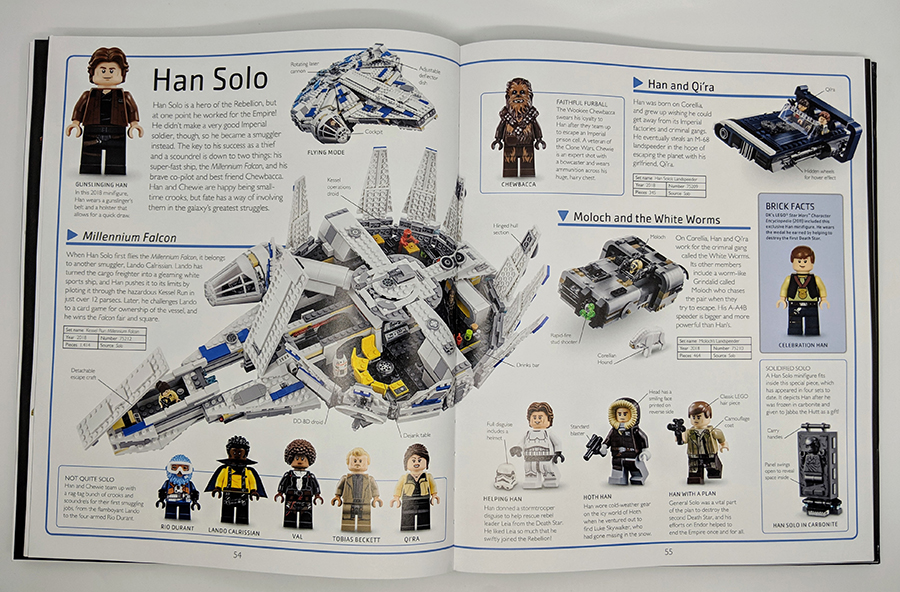 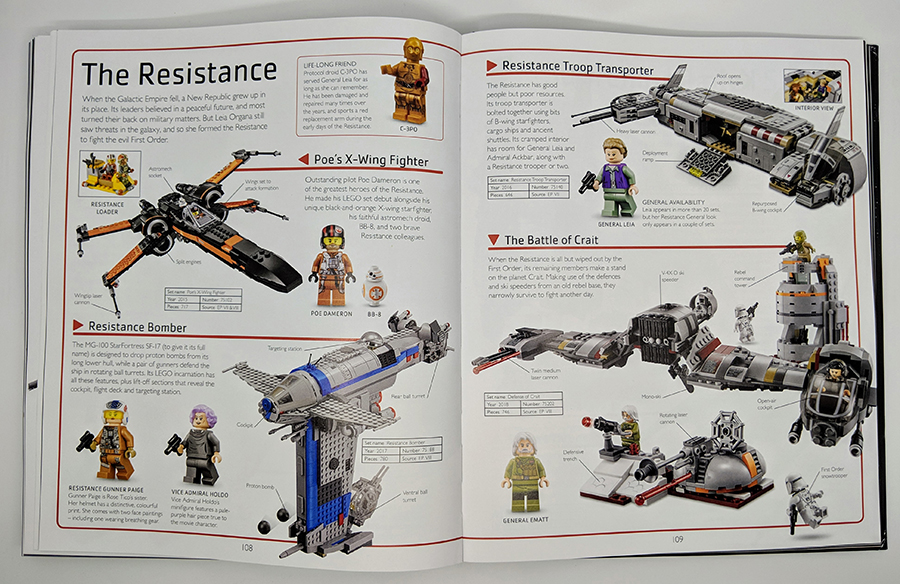 As well as cover sets tied to the main movies and TV shows, the books highlight many of the LEGO sets and Minifigures now classed as Legends. When Disney took over the Star Wars universe, various pieces of spin-off material became known as Legends, stories that may have happened but were not officially part of Star Wars canon. The final chapter offers a behind the scenes look at how the LEGO Star Wars Design Team go about creating sets. I really enjoy these sections. 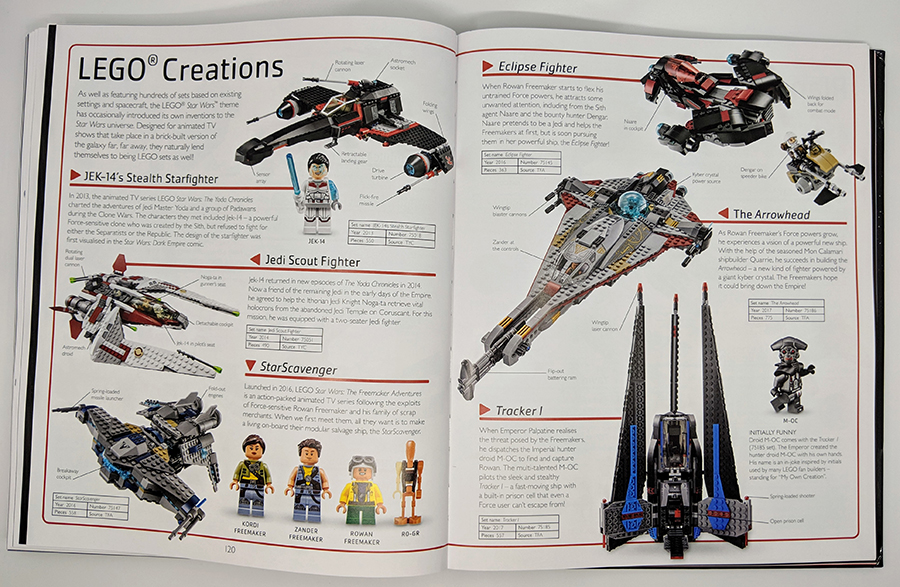 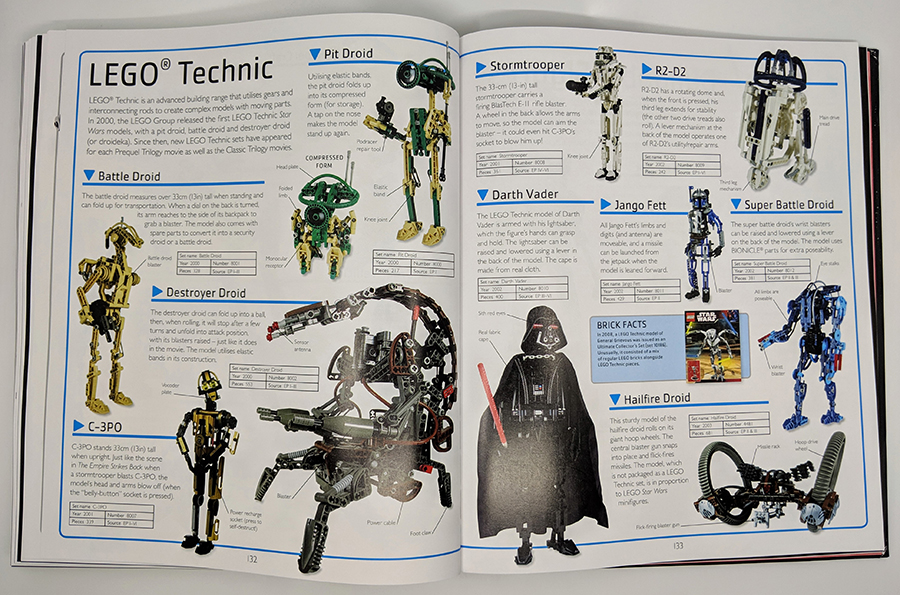 The book is interesting enough, but for many, the exclusive Minifigure will be the main draw. The book includes a special version of Finn, in his Bacta Tank suit. This is based on the comical moment during the opening moments of The Last Jedi. After being slashed up the back by Kylo Ren in The Force Awakens, Finn’s injuries are being treated in a Bacta Tank. After the ship he’s aboard comes under attack, Finn is awoken from his ‘sleep’ and sets about wander the ship in his treatment suit. It’s a fun little take on the character and one which is unlikely to appear in a set anytime soon. A double face print shows Finn with a worried expression on one side and a sleepy look on the other. DK Books are always a fascinating read, even if you have an in-depth knowledge of the subject matter. There are always snippets of information that will be new. I particularly like the inclusion of fan creations and the behind the scenes stuff. DK seems to be including these more and more in their LEGO titles so it is nice to see how the various LEGO Design Teams work in their particular themes. The Finn Minifigure may not seem overly exciting but it’s definitely one you won’t be able to get elsewhere. LEGO Stores and shop.LEGO.com are offering a special Platinum Edition of the book. This not only includes everything above but also has a special cover, slipcase and also includes two special art prints.

Thanks to DK Books UK for providing us with a copy of the book for review purposes. Thoughts expressed within this review do not reflect those of DK Books, the LEGO Group or Disney.