Disguise Inc, the world’s leading costume design and manufacturing company, are back with a new range of products inspired by The LEGO NINJAGO Movie. Along with a range of costumes based on characters from the movie, there’s also a range of upscaled weapons each based on the tiny elements welded by LEGO Minifigures. Our friends over at Disguise Inc have very kindly sent us a couple of the weapons from the range. So it’s time to gear up and be ninja, has we take a look at Kai’s Katana and Lloyd’s Sword.

Take on Garmadon and his menacing Shark Army with upscaled LEGO® weapons from Disguise Inc. Inspired by many of the iconic LEGO elements featured in The LEGO NINJAGO Movie and the playsets inspired by it, get ready to gear up and be ninja!

Kai is the elememental master of fire and his weapon of choice is the Katana and is based on the classic LEGO ninja sword element which has appeared in a number of LEGO themes over the years. The upscaled version may not be adult sized but is the perfect size for kids. The Katana is covered is a soft spongy material, with the handle and much of the blade fairly ridged, certainly not enough to cause any harm should ninja showdowns become a little heavy-handed. The end of the blade section is much softer making the safe for smaller hands. 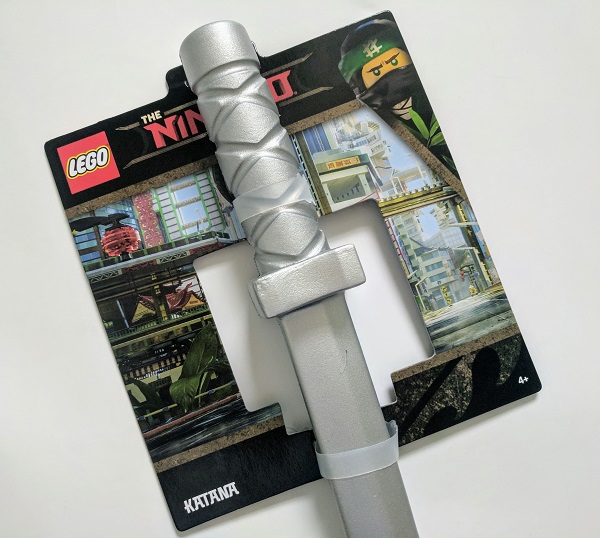 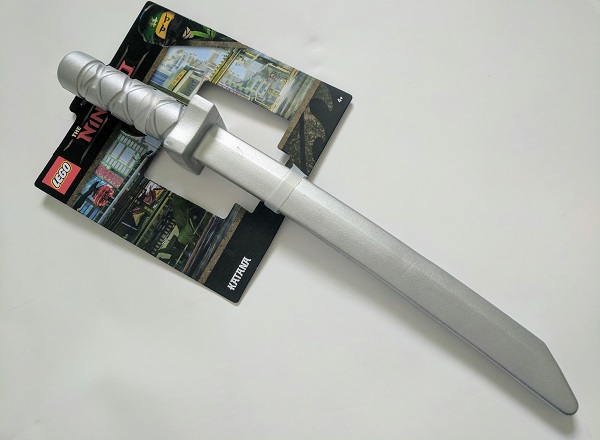 The Katana is the perfect reproduction of the LEGO element which it is based on, from the colouring, makings and shape. It’s quite outstanding to see and a great idea which I’m surprised hasn’t been thought of before. 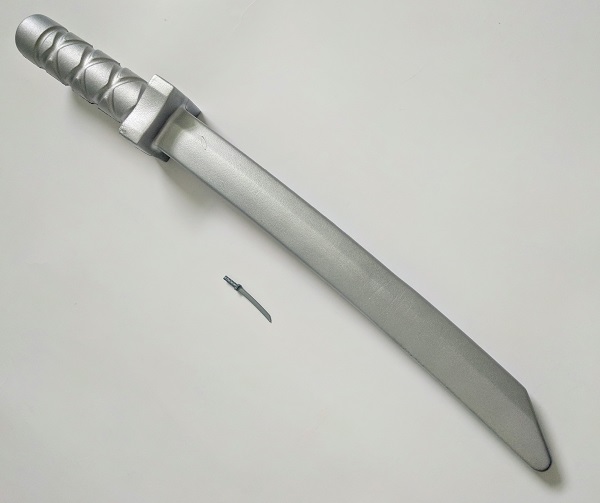 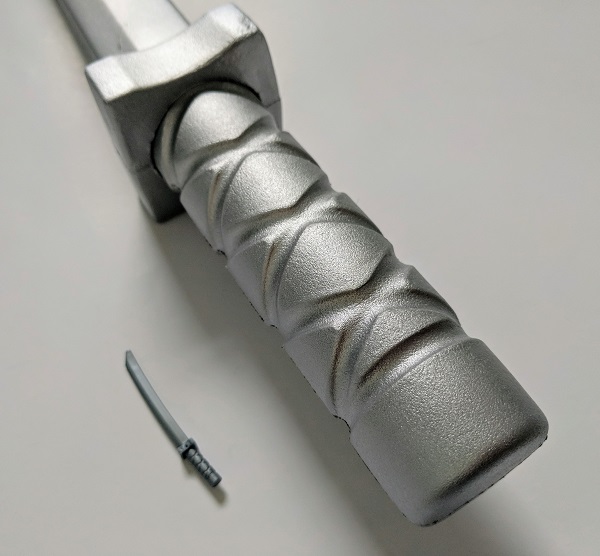 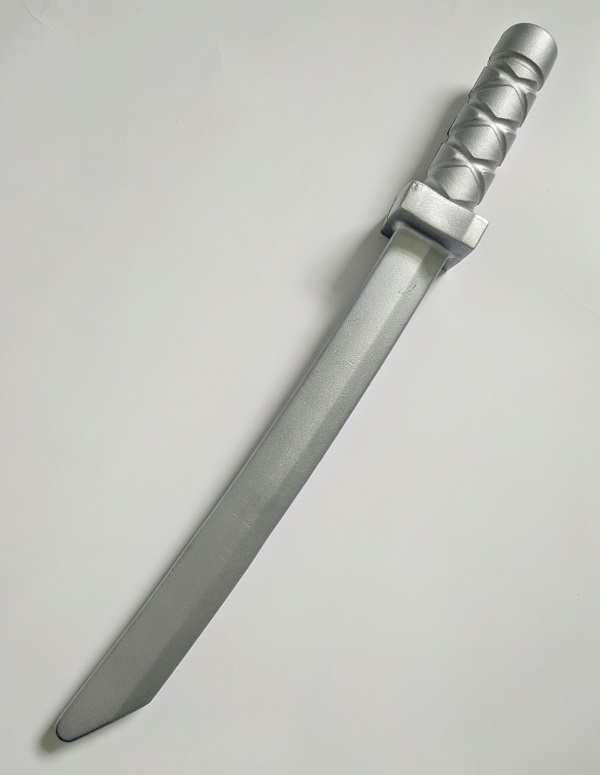 Lloyd’s sword is a new element for 2017 and has been introduced with The LEGO NINJAGO Movie sets. The element itself is made up of two pieces a curved sword and a golden quaste. Although not a classic LEGO element like the Katana, it can still be recognised has a LEGO piece in its upscaled form. 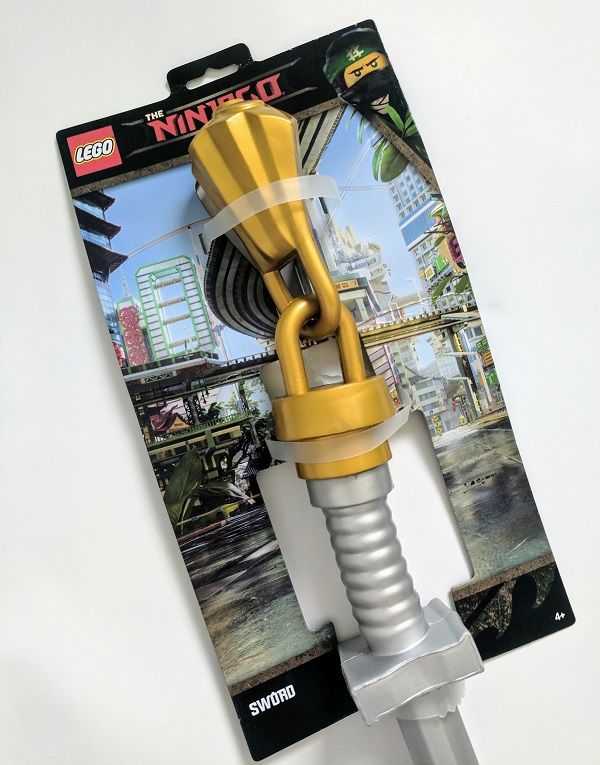 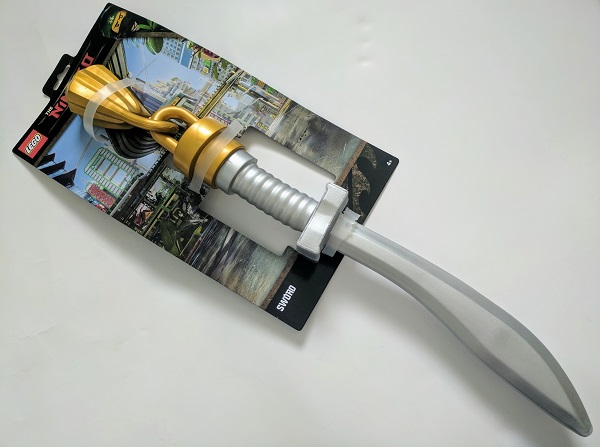 Just like the Katana, Lloyd’s sword is the perfect upscale of the LEGO element. Even the quaste is connected in the same way, although it firmly attached to the handle of the sword. 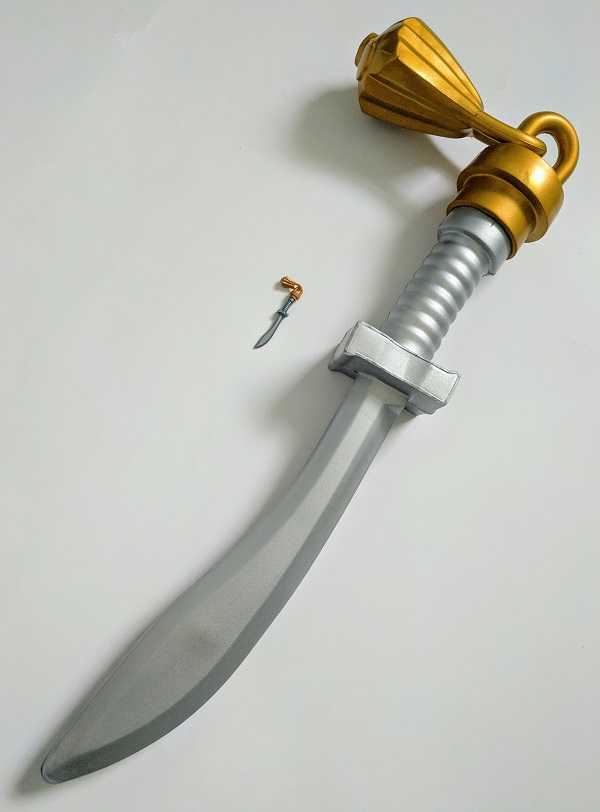 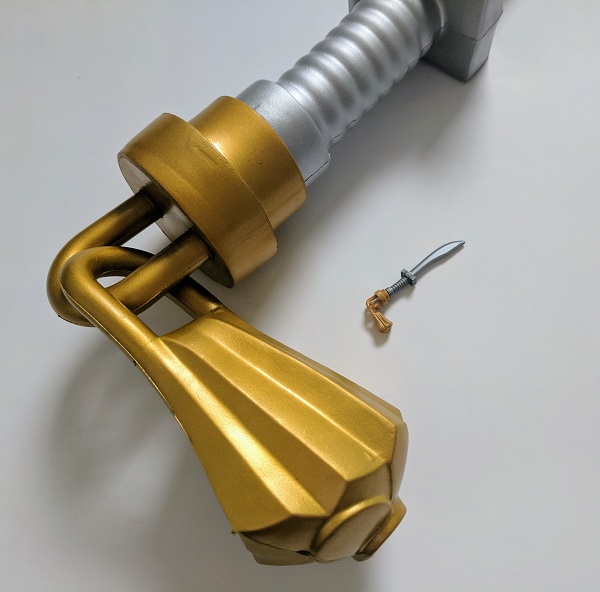 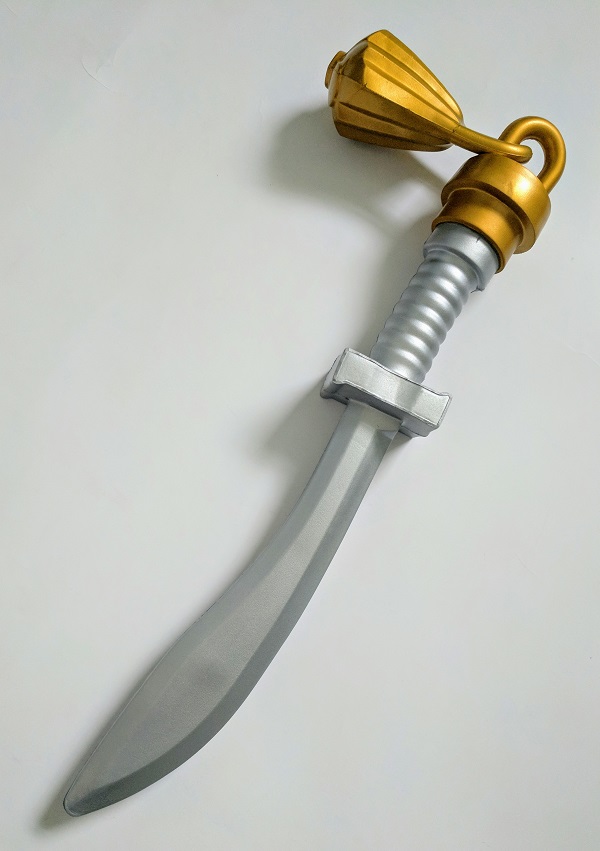 The moment these were revealed I thought they were a cool idea and now I’ve seen them in person I’m even more impressed. Such they aren’t ‘full size’ which I’ve seen others disappointed by but they are upscaled version may of tiny LEGO weapons and that’s pretty darn cool. I may not be dressing up as Ninja (Disguise have my request for adult sized LEGO costumes) and it’s doubtful other AFOLs will either but these make great display pieces. I only have the two but I really want the full collection. For the younger LEGO NINJAGO fans, they will be able to use them to roleplay their favourite characters and are the perfect companion to the official costumes range.