Despite not being officially announced by the LEGO Group, every man and his dog appears privy to details surrounding the third instalment to the LEGO NINJAGO City line-up. After first being revealed via both in-store and home delivery catalogues. As well as proceeding digital catalogues. Since then further images and details of the NINJAGO City Gardens set have been revealed by the Brick World LEGO certified store. Main details include the set featuring 5685 pieces and 19 Minifigures, making one of the biggest LEGO NINJAGO sets yet. There will be VIP early access to the set from January 14th (although those in the UK are unlikely to get it anytime soon) before going on general release from February 1st. Although part of the Legacy line, which is inspired by past seasons of the TV show, the LEGO NINJAGO City Gardens sets will be able to connect to The LEGO NINJAGO Movie NINJAGO City sets and this is what they look like combined. I also give you an idea as to how big the new set is. 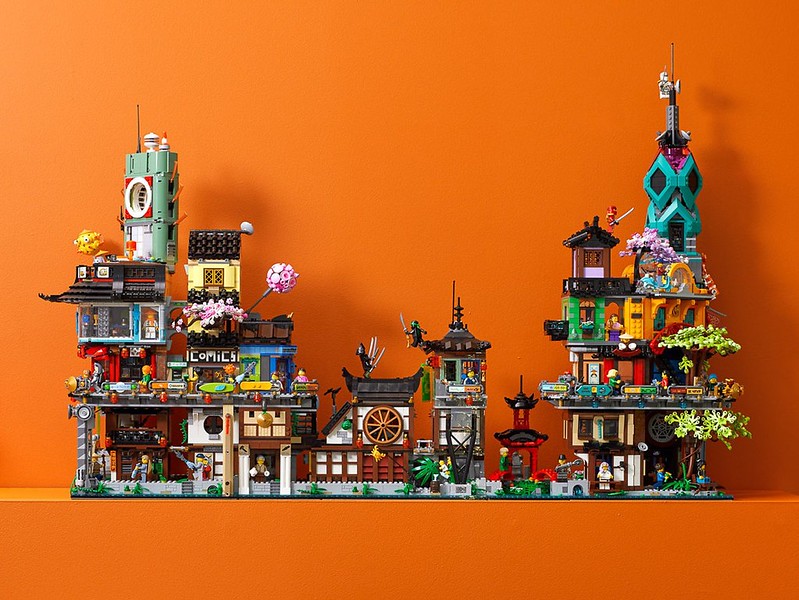 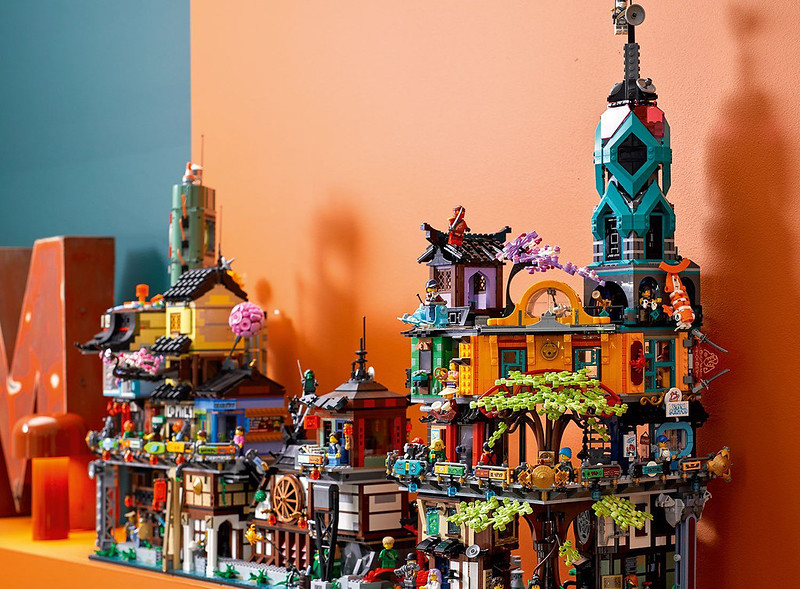