DK introduced the Build Your Own Adventure books a couple of years ago, this new concept book combines a basic story, inspirational builds and an exclusive LEGO® minibuild and minifigure. Each year there have been a couple different titles, based a various LEGO play themes. This year’s offerings include books based on NINJAGO and Disney Princesses. I’ll be taking a look at the LEGO NINJAGO version first, which just so happens to be the second Build Your Own Adventure book, featuring the characters from NINJAGO. As well as the book and LEGO minibuild, this year’s titles also include a poster and bookmarks. All of which will be covered below, as I review DK Books’ new LEGO NINJAGO Build Your Own Adventure. This ideas-filled book with LEGO bricks inspires children to build, play and learn all about the awesome LEGO® NINJAGO® world.

This inspirational build book combines captivating story starters with more than 50 fun ideas for building. LEGO® NINJAGO® Build Your Own Adventure Greatest Ninja Battles features five exciting accounts of the ninja’s greatest battles with their enemies the Anacondrai, Ghost Army, Sky Pirates, Vermillion, and the new 2018 villains; the Sons of Garmadon. Build a scary snake mech for the Vermillion and a speedy swamp bike for the Ninja to make their escape.

The book comes with the bricks to build an amazing exclusive NINJAGO vehicle that is featured throughout the adventure. 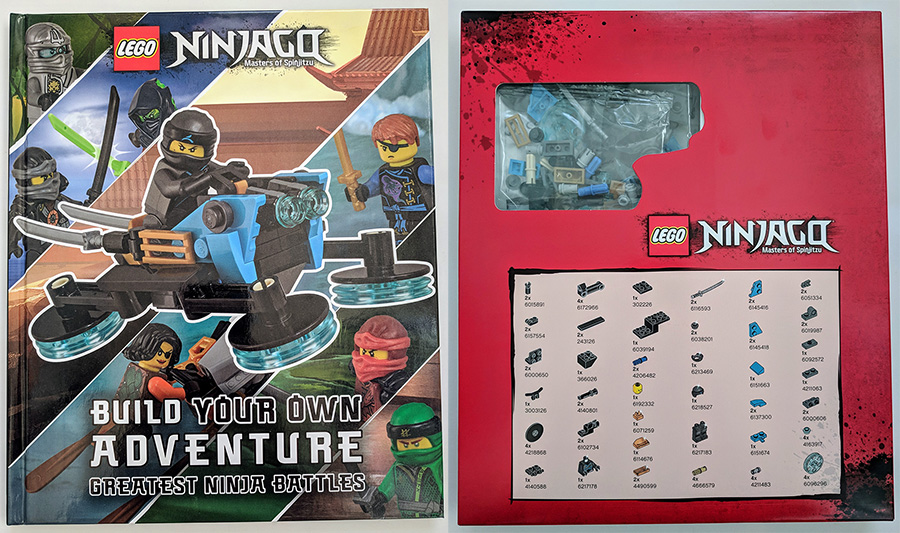 The package includes a slipcase which houses a book and a slim cardboard box, in which you will find a polybag of LEGO elements, poster and bookmarks. Past titles have used this part book as a sort of play surface, this time the space is used to list the included elements and those new for 2018 bookmarks, which I think is a better use to be honest. 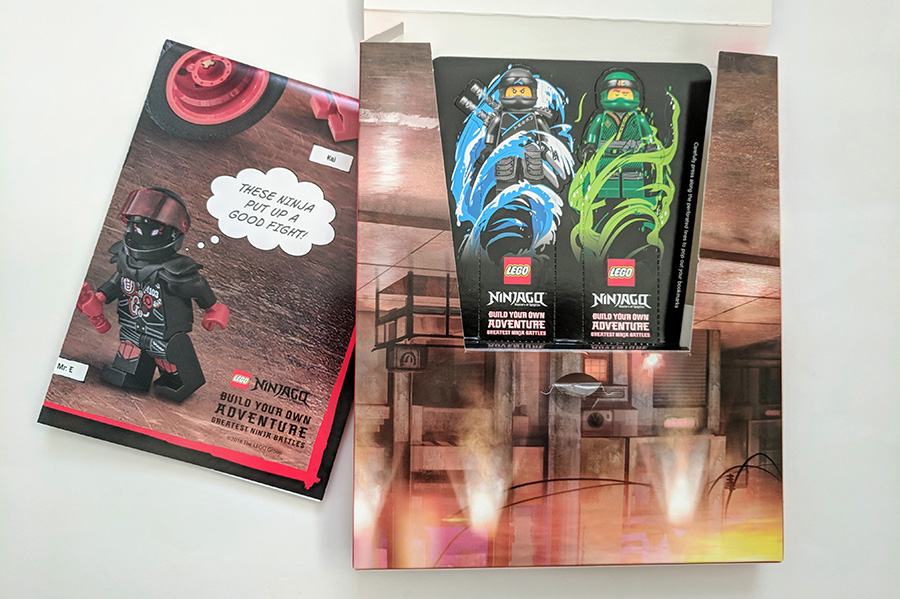 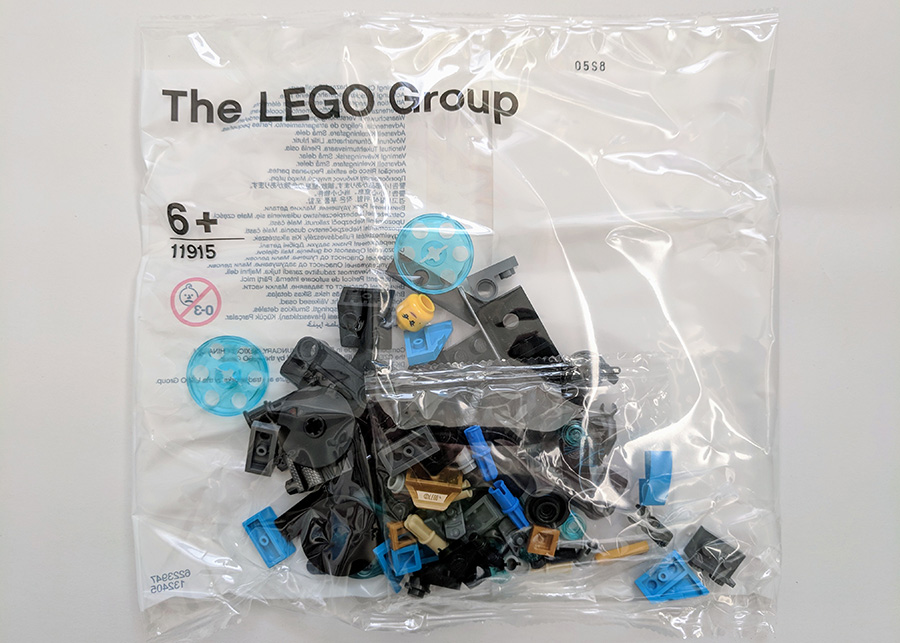 The book is quite small compared to other DK LEGO titles, but is still filled with plenty to see. As mentioned above the book has a basic story running through it to connect all the inspirational models featured. Each page features a little bit story, which adds a little extra dimension to the book and nicely ties all these inspirational together. This follows water ninja Nya, who doesn’t seem to get the same level of coverage in LEGO sets as her fellow ninja. So it’s nice to see Nya front and centre for a change. That’s not to say the other masters of Spinjitzu aren’t featured. Each chapter of the book is themed around one the ninja’s past foes including the Anacondrai and the more recent Sons of Garmadon. With the inspirational builds also being themed around these storylines. Don’t expect pages of instructions, apart from those for the included set, you’re just treated to some great images of builds by fan builder Barney Main. 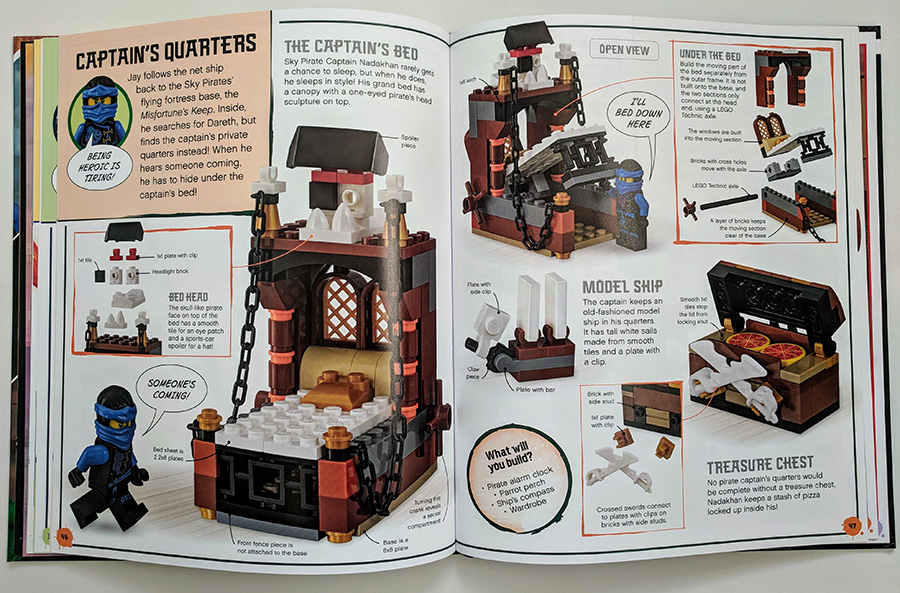 Some steps are broken down a little and special elements are also highlighted, but the pictures are there to inspire you to build with your own bricks. Don’t have the exact elements, then just add your own twists to the builds. Some of the inspirational models use NINJAGO sets, but not in the same way as the Radical Rebuilds introduced in the new LEGO Star Wars Ideas book. 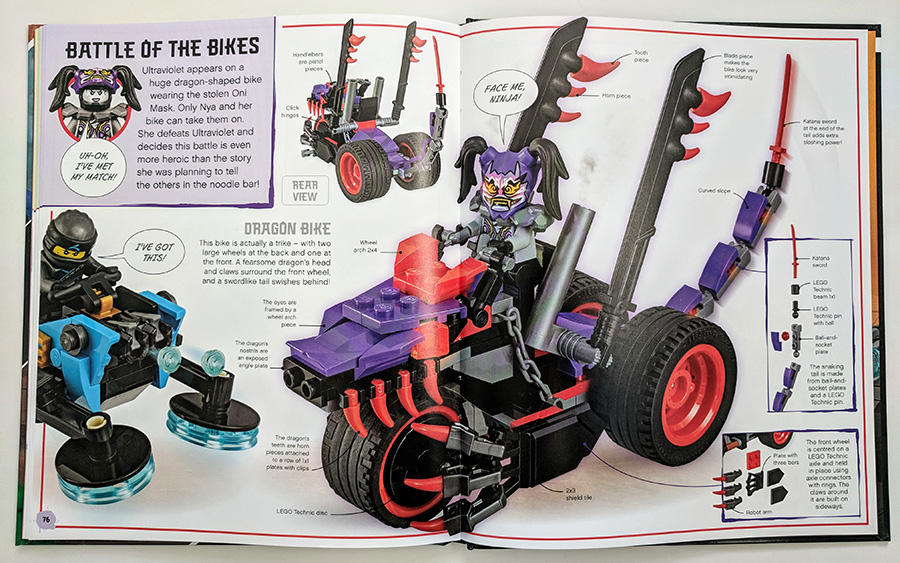 The book includes an exclusive minibuild, along with a Nya minifigure. The minibuild is an extremely cool hover bike, with blends black, bright blue and trans blue elements. Similar to Nya’s Water Strider from The LEGO NINJAGO Movie, but also gives off a Tron and Ultra Agents vibe. 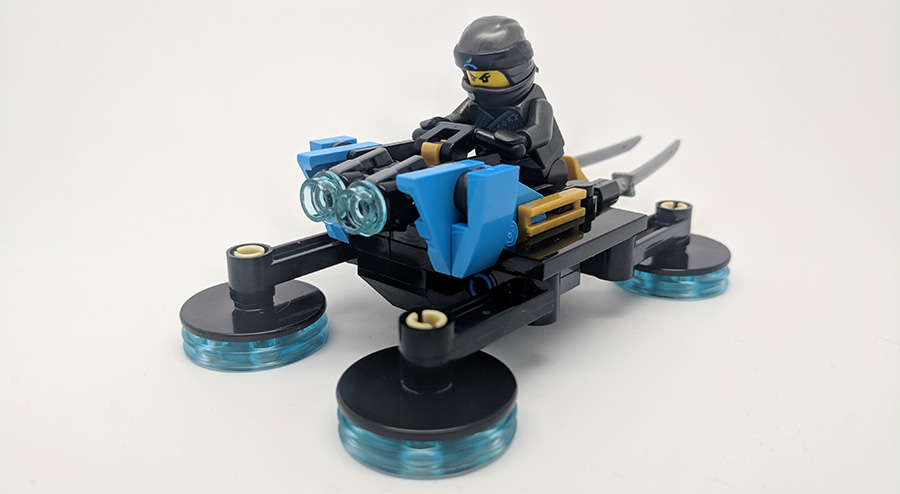 The hover jets are mounted a moveable bar, along each side of the bike. They can be folded to together underneath the body of the vehicle, to make it a more traditional looking bike. Folding them out to the sides make it look more like a futuristic craft. It may only be a minibuild but it really is an impressive little build. I would easily buy it, if it was a small NINJAGO set. Nya appears in her new ninja out, which was introduced to all ninja, after The LEGO NINJAGO Movie. It’s similar to the outfit she wears in set 70641: Ninja Nightcrawler. The outfit is just missing the shoulder armour and material skirt piece. Nys also has two different facial expressions, although it’s a little hard to tell much difference behind the ninja mask.

Any LEGO book which features some sort of physical LEGO is alway a bigger draw for older LEGO fans than those without. Plus NINJAGO is still an extremely popular theme, so that is also why this title will appeal to so many. I like the way the book is tied together with a brief story, which is also segmented against past NINJAGO themes. The bonus of bookmarks and a poster really add to the complete package. But the minibuild is by far the best element of the book, it’s an amazing little build, which looks great and has fun features. LEGO NINJAGO Build Your Own Adventure: Greatest Ninja Battles is available now from Amazon, WHSmith and all good book retailers. 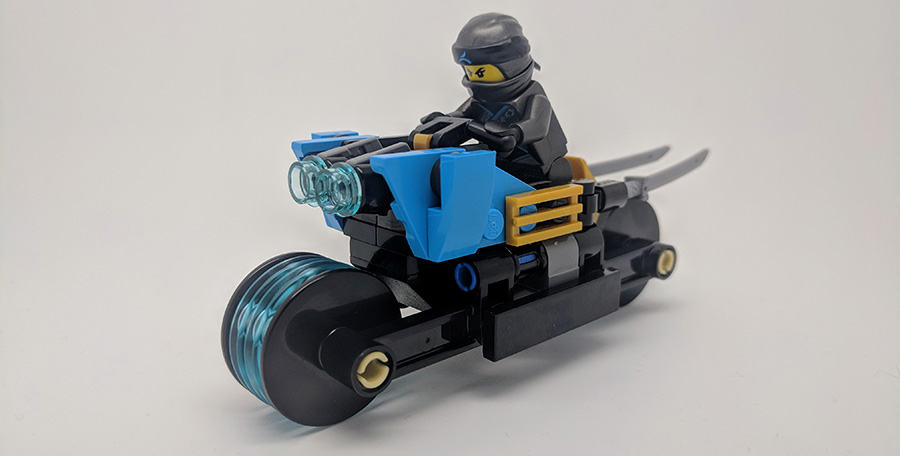